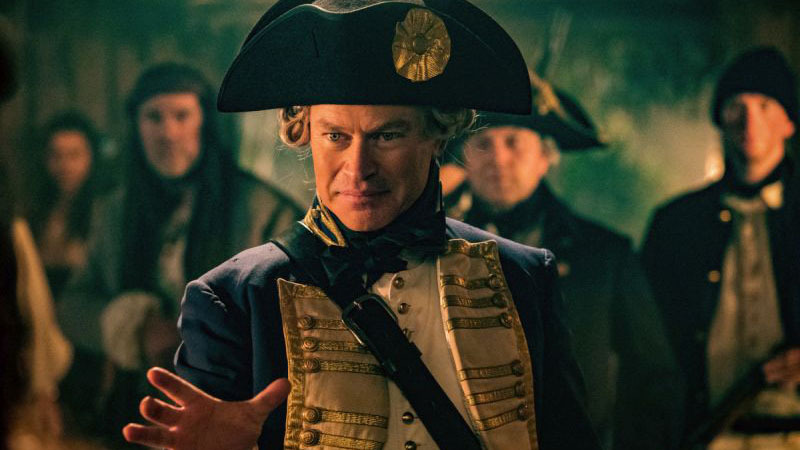 Imagine knowing how crappy your future is and also not being able to do anything about it? Imagine being stuck leading a group of dysfunctional heroes and going on your first, first-date in a long time? Imagine being a snitch computer and ruining said date because you can’t keep your mouth shut.

This week on Legends of Tomorrow, “The Curse of the Earth Totem” we get a fun and fierce combination of heroes and pirates. As a fan of the Legends paying homages to other classic genre films, and as a fan of Pirates of the Caribbean, I had high hopes for this episode. Thankfully, I wasn’t disappointed. This episode was just the right combination of fun and character development that I needed.

While Sarah goes out on a date, the team decides to move forward and take on a mission without her help. 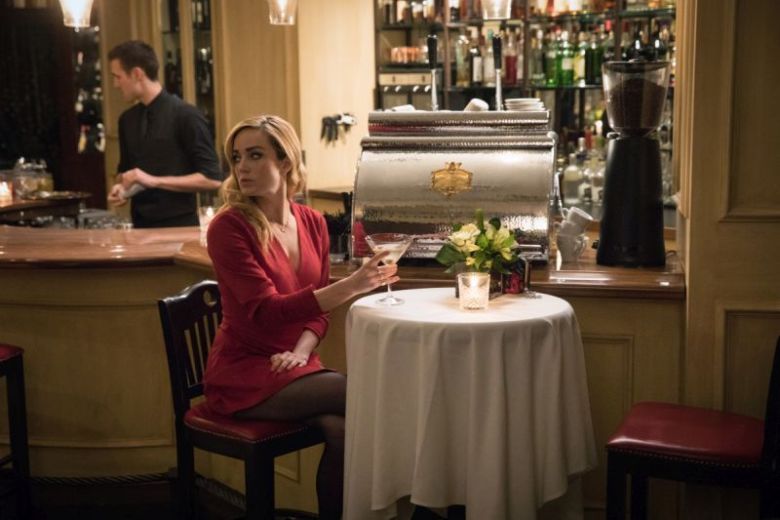 After Nate discovers that the earth totem is in the possession of Blackbeard in 1717 Bahamas, Nate, Mick, Amaya, Ray, and Zari head back in time to try and win over Blackbeard in order to steal the totem. Their plans are swiftly thwarted after we learn Blackbeard has set up the team by leading Darhk right to them. He not only steals Amaya’s totem, but also sets out to find the earth totem before the team can find it. It’s a treasure hunt…

Meanwhile Amaya, who’s been feeling “paralyzed” with both needing to help out Kuasa and her own daughter, gets a little bit of her mojo back as she leads the team on the ground through the mission. Amaya, empowered as the “Dread Pirate Jiwe” is dubbed the pirate queen, and leads Blackbeard and his men in finding the earth totem before Darhk and his team.

Back on the ship, Ray, Nate, and Zari are tasked with getting the ship back up and running after the Bermuda triangle takes Gideon down. They also have to protect themselves from Darhk, who uses his pirate fleet to try and take down the ship with cannon balls. There’s something interesting about watching a fancy space tech ship get battered with cannonballs, but it adds to my point about this being a fantastic conglomerate of pirate swashbuckling (what does that word mean?) and superhero action. The team ends up ruining Sara’s date, causing a rift between her and Ava. The two end up reconnecting after Blackbeard storms their ship, and they swiftly take him down.

Finally, after Ray shoots a now adult Nora in order to save Amaya, he returns to 1717 to “cure her.” To his own demise, after reviving Nora, Darhk and Nora capture Ray. I have to admit though, this is his own fault… 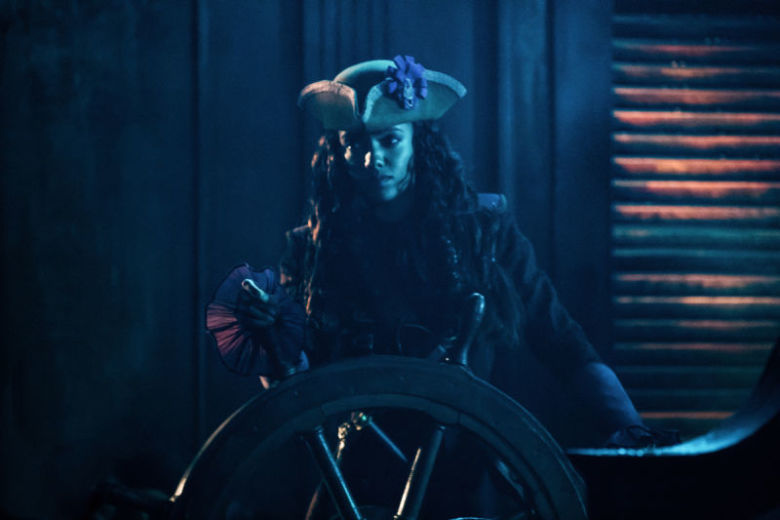 I can’t not mention the cute storyline between Wally West and Rip. Rip enlists the help of Wally to steal Gary’s time courier… and his trench coat (I get that). What ensues is a budding friendship between Rip, who’s obviously lonely, and Wally that leads to them chilling in 1992 Tokyo getting drunk and singing karaoke. Finally, Rip suggests that Wally, an outcast, join the Legends with him.

What I think the Legends has gotten good at is its character development and emotional payoff. We’re seeing Sarah trying to live a “normal life” after being a slave to the team; we’re seeing Amaya worry about her future and her past; we even get reunited with Rip, who’s loneliness seems like it’s driving him off the deep end. I think often, superhero stories forget to tell the human side of the heroes, but Legends has learned to balance multiple storylines, big action sequences, and emotional arcs.

For example: The Sara/Agent Sharpe storyline really pays off because Legends has really created a slow burn for her arc since Rip’s absence. We know that while she is a confident leader, she never really wanted the role, and has had fears that her whole life will now be dedicated to the team. Starting this episode on a date with her and Sharpe felt gratifying on it’s own, but those feelings were heightened when the Legends’ mission threatened her relationship status with Sharpe. I’m glad it turned out the way it did, and I actually love their relationship dynamic of two strong and powerful women trying to figure out how to balance their lifestyles with each other. 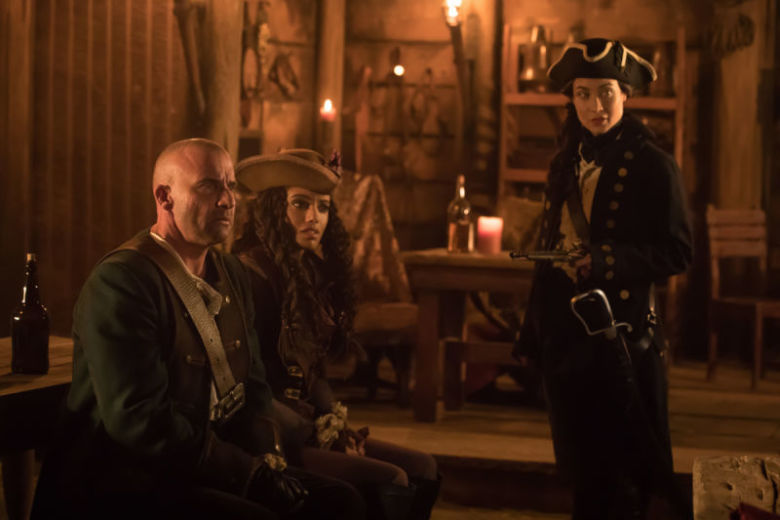 I haven’t cared much for Amaya this entire season, but this episode definitely changed that. I’ve felt detached from her, confused as to what her purpose was or what her point of view was. For the first time, I understood her as a character, and she even garnered some sympathy for me. She’s the only one on the team that actually has somewhere she has to return to eventually – it’s only a matter of when will she be ready to say goodbye. Amaya has to go back to her village, marry someone else and die in order for her daughter and granddaughter to have a legacy. I can only imagine how hard it would be to have to sacrifice the new life you have in front of you for the life you know you have to go back to. I also loved how it was Mick that sympathized with her and pushed her to have a little fun and live in the moment. Obviously no one has the answers (until we get back to that time loophole thing that Zari came up with), but it was nice that Amaya was able to get a little bit of freedom this episode.

I’m not even going to comment on Ray, because he’s dumb and it’s his own fault he got captured. Nah, fam.

I’m excited for the next episode because between all the fighting and pirating, this episode packed in a lot. We need to figure out what’s going to happen to Ray. We need to get Amaya’s and the earth totem back. The team also may be reuniting with Rip and gaining a member. It’s a lot to look forward to, and I’m here for it.