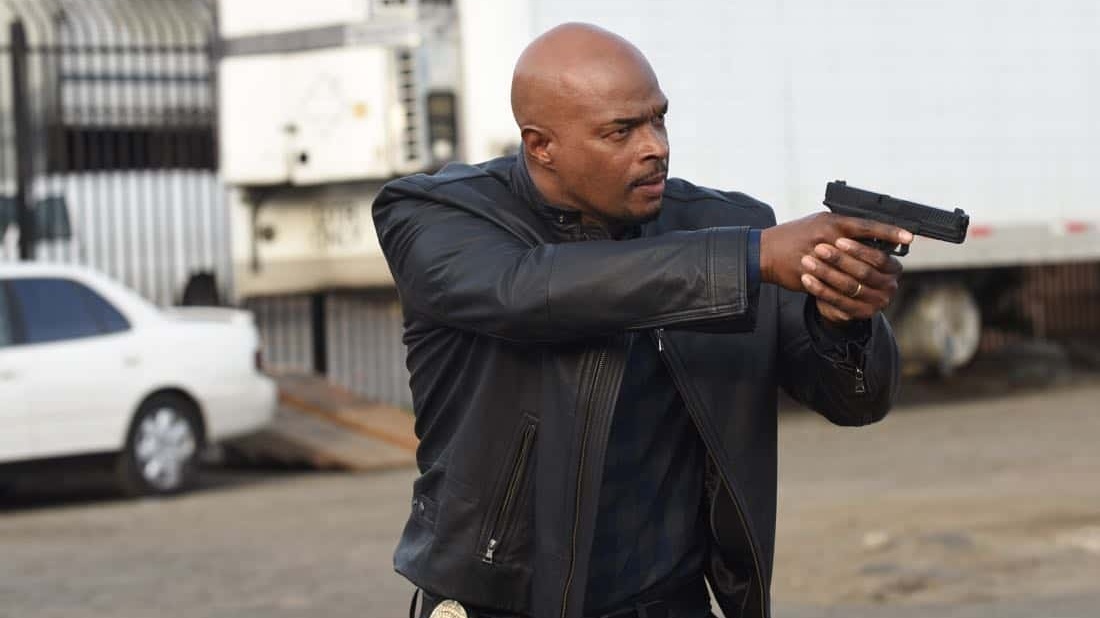 Lethal Weapon rakes Murtaugh over his “too old” wound again and sends Riggs an unexpected curve with “An Inconvenient Ruth.” Have we seen this all before? I’m sure we have, but this time, it’s different. Riggs faces another mirror character this week, a woman named Ruthie played by Swoosie Kurtz. Ruthie seems like she was a great character on the page but letting Kurtz drive her around for the night was a huge get. Like Thomas Lennon, we end up wanting to see her on a regular basis.

Murtaugh is at the playground with his daughter when a fireman dad, Derek, mistakes him for a grandpa, in the kindest way. Murtaugh doesn’t like the idea that he looks grandpa and over does his response by climbing into the tube slide with his baby girl. She makes it through but Murtaugh gets stuck. Lucky for him, fireman Derek is there to help out. Riggs is seven days sober, which he maintains by shooting unopened whiskey bottles for practice. Riggs is shocked when he misses one and asks Dr. Cahill for guidance, he wants to stay sober but doesn’t want to lose his edge, or eye for targets. If only the mean streets of LA would send some wiser character into Riggs’ life that could get through to him. 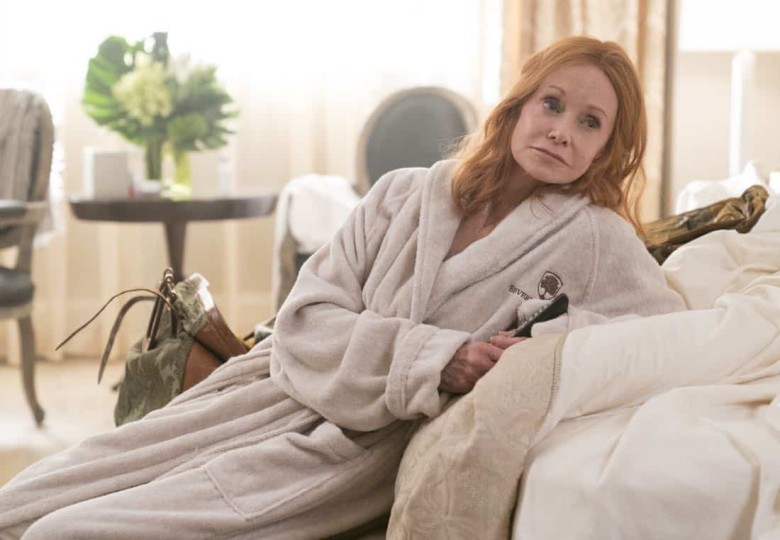 The victim of the week is on his way to a jewelry store. It’s already open for business and there are several customers to include shoppers like Herb Weiss and his wife Ali, and complimentary snack grazers like Ruthie Crumbles, “spelled like it sounds.” Ruthie knows which shops have all the best free pastries. Herb doesn’t like her and neither does Ali. A team of thieves pop in with guns, everyone hits the floor while they rob the place; everyone except Ruthie. She fires the .357 she carries in her purse and wings one of the thieves. Ruthie convinces them the next shot will hit head. The thieves run out quickly and the wounded one gets crushed by truck. Who doesn’t have days like that?

Riggs and Murtaugh work the scene. The dead thief is Dan McTier. Murtaugh questions the customers and sends Riggs to interview the shooter.  Ruthie lives in an RV and doesn’t own a phone. She doesn’t feel like cooperating with Riggs so he jumps into the cab of her RV to copy info from her registration. A trick drives by and rips the door off Ruthie’s home. Another thing Riggs didn’t expect. He wants the department to pay for it, but they won’t because his search was illegal. Ruthie wants him to pay for the door and a long list of costly repairs to the transmission and such. 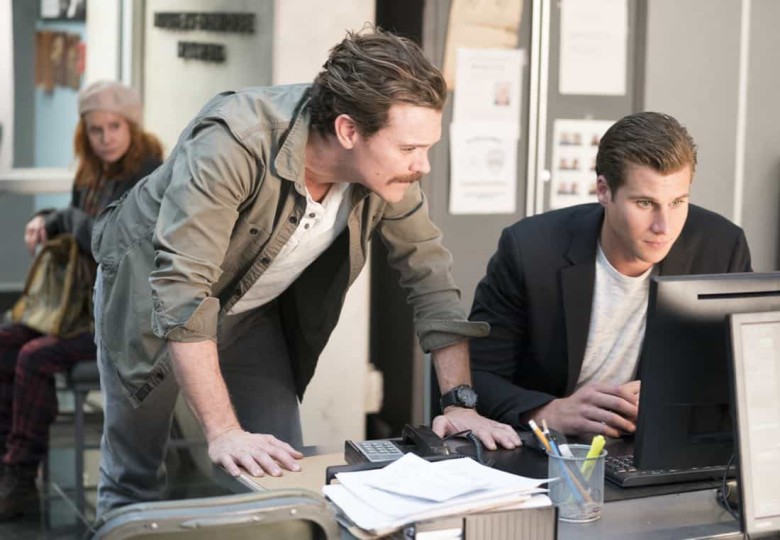 Security cameras didn’t catch the other thief’s license plate, but Ruthie remembers it. Now she’s really gonna stick it to Riggs. The information will cost him the door plus all the other repairs, and a night in a hotel. Riggs and Murtaugh follow up on the plate and catch the other perp making the drop. Riggs puts the wheelman in cuffs while Murtaugh draws down on the Drop Car. Suddenly, the Drop Car reverses and Murtaugh ends up on the roof, headed down the street. A spike strip eventually blows the tires and throws Murtaugh to the unforgiving ground. He pops up all jacked and rushes to the car, but there’s no driver. It was remote controlled all the way.

Murtaugh asks Scorcese to edit a cool action video of the footage, but there isn’t enough to make it interesting. It’s like it never happened. The perp isn’t much help, he doesn’t know anyone he works for. He gets his jobs through the dark web and gets paid in bitcoin. Bowman lends a hand with the web investigation and sleuths a pay trail from the grumpy dude at the jewelry store, Herb Weiss. Herb runs a cloud based security firm that’s going out of business. The man is deeply in debt and recently took out a huge $10 million policy on his wife.

Riggs and Murtaugh try to warn Ali Weiss before anything can happen to her. Riggs jumps on her when he sees a red laser dot cross her blouse, but it was just a kid with a toy. However, when Murtaugh hits the ground, he spots an explosive attached to the bottom of Ali’s car. This is where the plot sin begins. Murtaugh grabs the bomb and hurls it into a nearby dumpster just before it explodes, saving Ali. Again, there are no cameras to capture this heroic move but there is no question, he saved this woman’s life. 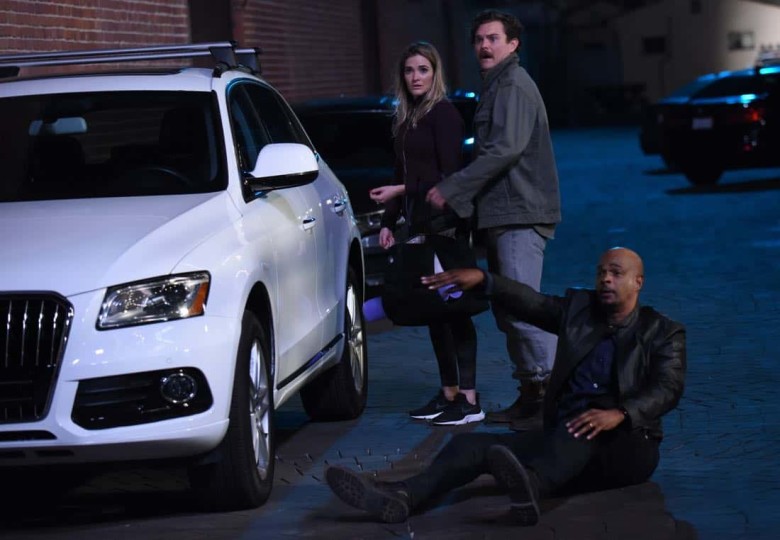 Trish doesn’t like this reckless streak Murtaugh’s on and he’s unapologetic about his recent chances. He says it makes him feel young and she reminds him of his duties and obligation to family, like he could ever forget. He’ll be sleeping on the sofa until he gets over it. Riggs is in a whole different place. He isn’t getting over anything and Ruthie, of all people, not only sees right through him, she gets through to him. Ruthie knows all the painful tricks of his kind of addiction. Riggs can neither hide from her, nor shut her out; unlike the hotel that evicts her for skinny dipping.

Bowman’s dark web sorcery nets a hit for Herb at the moment the man gets kidnapped. Riggs and Murtaugh rush to Ali’s safe-house, but an assassin has already killed her family lawyer and the police protection. Riggs and Murtaugh track her car to a cabin in the woods where the plot sin becomes clear. Riggs finds Ali tied and gagged in a kerosene drenched cabin. He quickly suspects she set everything up even her own kidnapping. Okay, but her own car bombing? This was a clear story foul. Murtaugh gets another shot at hero-danger in a glorious shootout turned cat rescue as the cabin explodes. This time, the kid looking for the cat captures everything on his phone. Murtaugh looks like the bad ass that he is.

Ruthie ends up parking her RV right next to Riggs. Kurtz already has a full work slate but it’d be fabtastic to see her recur as Riggs’ addiction angel. As far as narrative goes, this episode was a backslide for Murtaugh and same old struggle for Riggs. However, they get points for Ruthie, the opening heist sequence, the car-roof ride, and the glorious explosion sequence with Murtaugh at the cabin.