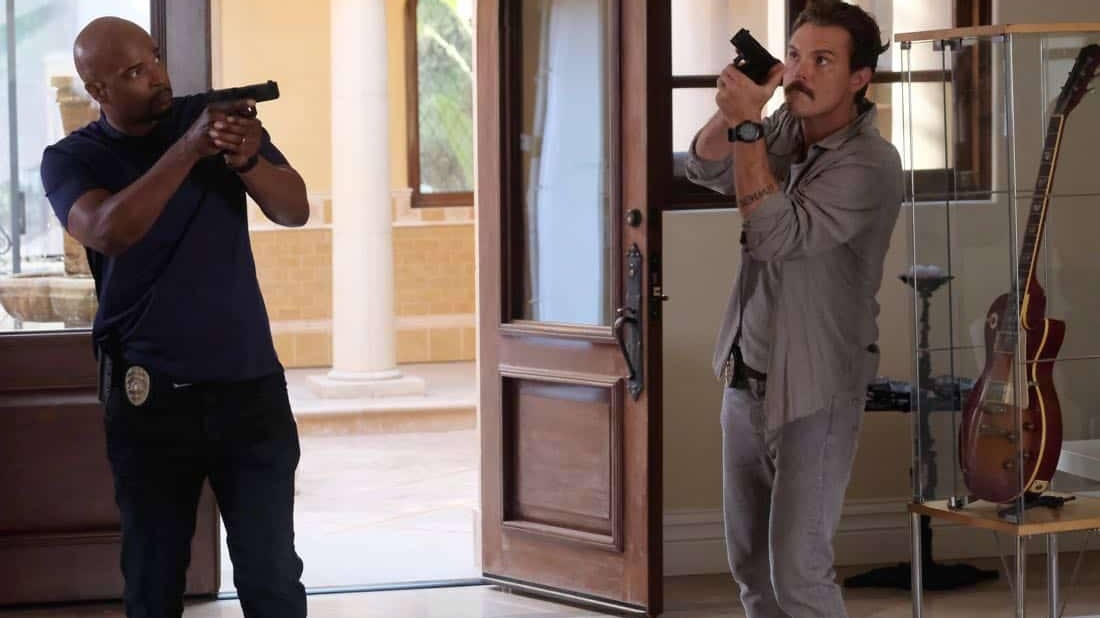 The Lethal Weapon team adds a fresh face and unravels the mystery attack on a young pop-singer in “Born to Run.” Riggs may finally have closure on his wife’s murder, but is he ready for advanced relationships? The Riggs MO is act first, think later. He likes Agent Palmer and sees her when she’s in town, casual dates to the bar and hotel, but this week they upgrade to brunch at Murtaugh’s house. Trish notes this is the first time Riggs washed his hair before coming over to eat. Palmer is special and Riggs is trying to be his best. Palmer is incredibly tolerant of his relationship weakness and emotional blindness, which works as long as she’s happy with his pace. If you’re looking for some sort of heartbreaking relationship scene in the last few minutes of “Born to Run,” you’ll be satisfied.

The case of the week involves a young pop singer, Shaye (played by Jojo.) Shaye is attacked when she has her car pull over for a quickie with her driver/bodyguard. The mysterious fiend first rams her car, shoots at it, then pushes her car over the ledge of a hill. Shaye survives virtually unscathed. Though her bodyguard dies from gunshot wounds, LAPD believes she is the target. Captain Avery is off at leadership camp learning how to handle Riggs and Murtaugh this week. Deputy Chief Santos uses his absence to assess Riggs crazy antics but also adds a new member to the squad. 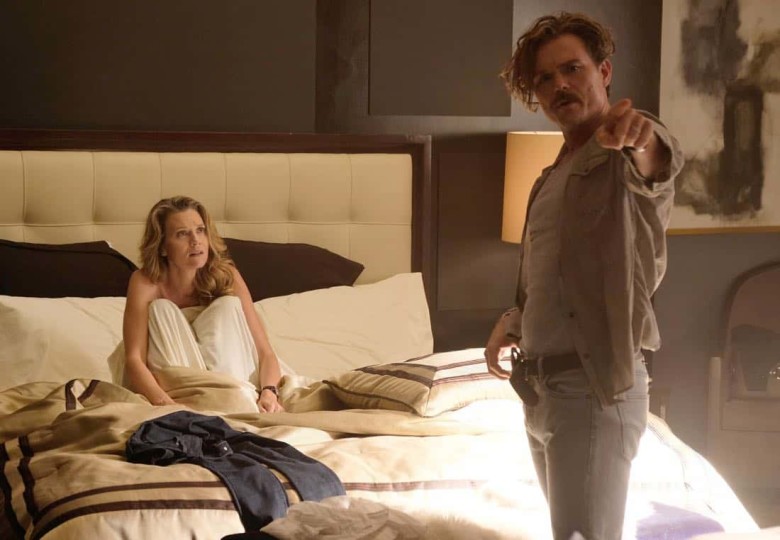 Det. Zach Bowman meets Riggs, Murtaugh, and Bailey at the crime scene with fresh soup; his take on coffee or donuts. Bowman is literally the face of LAPD’s recruiting poster, promoted faster than any other cop on the roster. He’s optimistic and lack Riggs’ cynicism as well as Murtaugh’s experience. That said, he’s self-aware and his ego is healthy enough to realize this team offers an unprecedented education in crime fighting.

Shaye isn’t aware that anyone is trying to kill her, but they still want to know if she has any ex’s or family members they can interview. Shaye only has two men in her life now that her bodyguard is gone; her manager, Phil Green, and an ex-boyfriend, Ray Leroy. Shaye tags along when Riggs and Murtaugh go to question Ray, a wedding photographer. They walk in while Ray is pants-down busy with a bridesmaid. Ray heard what happened to Shaye, but claims he had nothing to do with it. The bridesmaid is surprised to hear he has a girlfriend, but Shaye is even angrier to find Ray with someone else. That’s a weird beat, right? Last night, Shaye was deep in the excitement with her bodyguard, today she’s pissed her loser ex was scoring wedding action. Love is perpetual mystery. 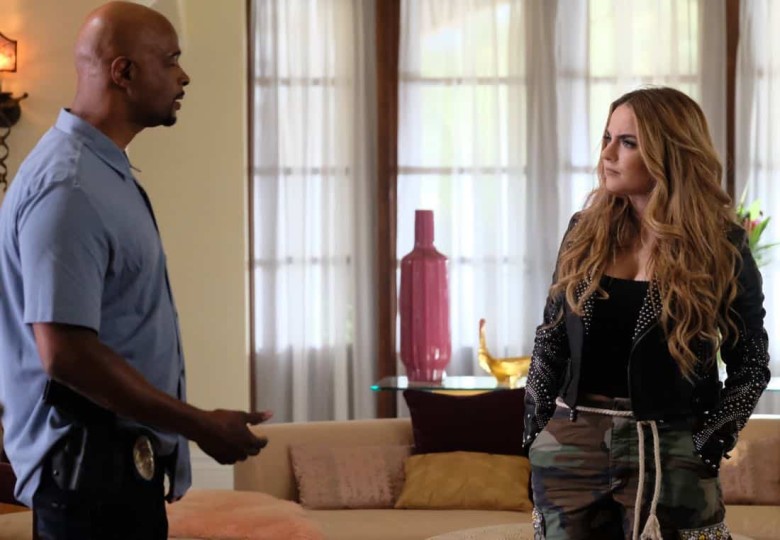 Bottom line, Ray is harmless and not the guy they’re looking for. However, her Manager Phil Green is an aggressive control freak. Santos assigns Shaye 24/7 protection with Riggs on first shift. Murtaugh returns home and asks for Riana’s help sifting through Shaye’s social media feed, “Shayenation.” Riana is a big fan and hopes Murtaugh will introduce her, and she does find a scandalous video of a recent argument Shaye had with her manager at a classy restaurant called, “Boyle.” The other Murtaugh connection is it’s Trish’s most recent client, though she didn’t see the argument while she was there for her meeting.

Riggs notices bruises on Shaye’s neck and shoulder, the kind a woman gets while defending herself from someone grabbing or choking her. He hands her a bag of frozen veggies from the freezer and rushes to Green’s office to confront him. Murtaugh is already onsite asking Green about the fight at “Boyle” when Riggs rushes in and asks if he put the marks on Shaye’s neck. Green gives a common abuser response and Riggs unleashes his usual right cross response. Green drops like the load of crap he is. 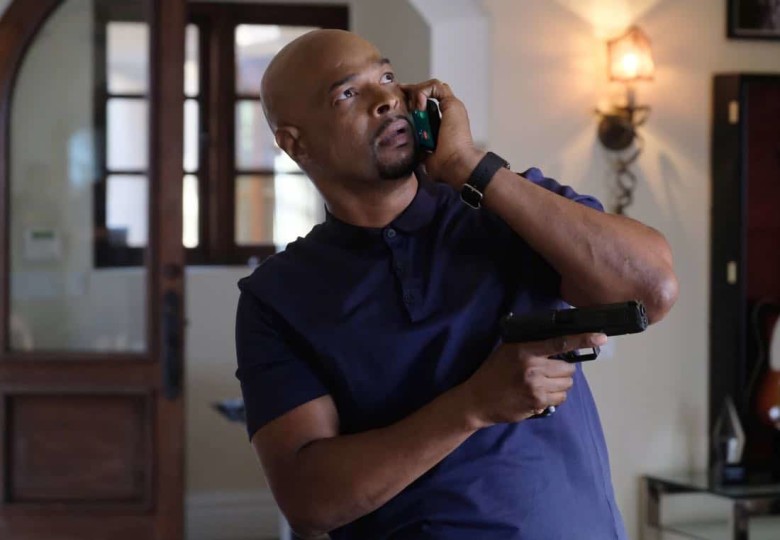 Murtaugh interrupts Trish during a meeting to ask for “Boyle’s” security footage. She quietly refuses due to his disrespectful intrusion, but the hostess gives it to Det. Bowman because he has nice eyes. The footage shows Green grabbing Shaye, but it’s to steer her away from someone at the bar. LAPD doesn’t have any facial recognition match and when Trish sees he got the footage without subpoena, or her help, she gets angrier.

Riggs and Murtaugh show the footage to Shaye, and she recognizes the guy, but Green won’t allow her to identify him, they return to the office. The mystery man is Bobby Claypool, Shaye’s former boyfriend. Bobby just got out of prison after serving a five-year sentence for vehicular manslaughter. Riggs calls to warn Shaye, but it’s too late, Bobby has a gun to Green’s back. Shaye screams before dropping the phone, Riggs and Murtaugh rush to her location, but she’s already gone.

Riana calls Murtaugh and updates him, Bobby and Shaye are on Periscope, speeding down Mulholland Drive. Bobby wasn’t driving when they killed the guy he went to prison for. Shaye had just signed her record deal and they agreed Bobby would do the time but Shaye would pay him a cash settlement when he was released. However, Mr. Green didn’t plan on honoring the deal. Now, Bobby is going to kill the three of them, live on Periscope. 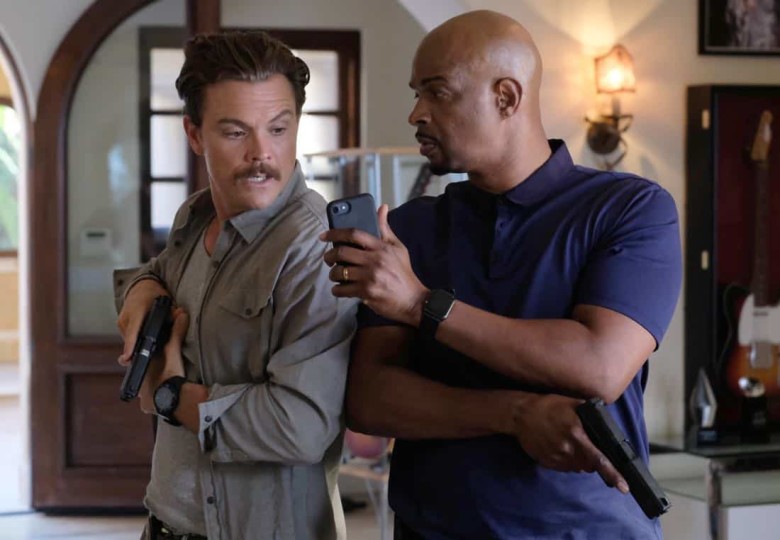 Riggs catches up and hits Bobby’s car before he can drive over the edge of Mulholland, but half the car does slides over the rail. Murtaugh saves Shaye while millions of her followers watch, but Riggs climbs into the teetering car to save Mr. Green. First, he makes Green confess to hurting Shaye. The car drops a hundred feet and all three of them go to jail. Bobby for murder and attempted murder, Shaye for her original manslaughter and possibly obstruction, Green for obstruction and abuse. Still, everyone including Riggs and Murtaugh survive and the footage was great for PR and LAPD recruitment.

Murtaugh and Trish make up over his heroics, but things are not as cheery for Riggs and Palmer. Riggs buys her flowers and drives to her hotel for a date before she heads back East, but she calls him first and says she left for the airport early. Of course, Riggs is already across the street and sees her trying to make a fast getaway. Palmer likes Riggs the way he is but she didn’t like the way she felt about him the last time they were together in their hotel. Sorry Riggs, maybe you just need a little more time to figure out how to engage again.