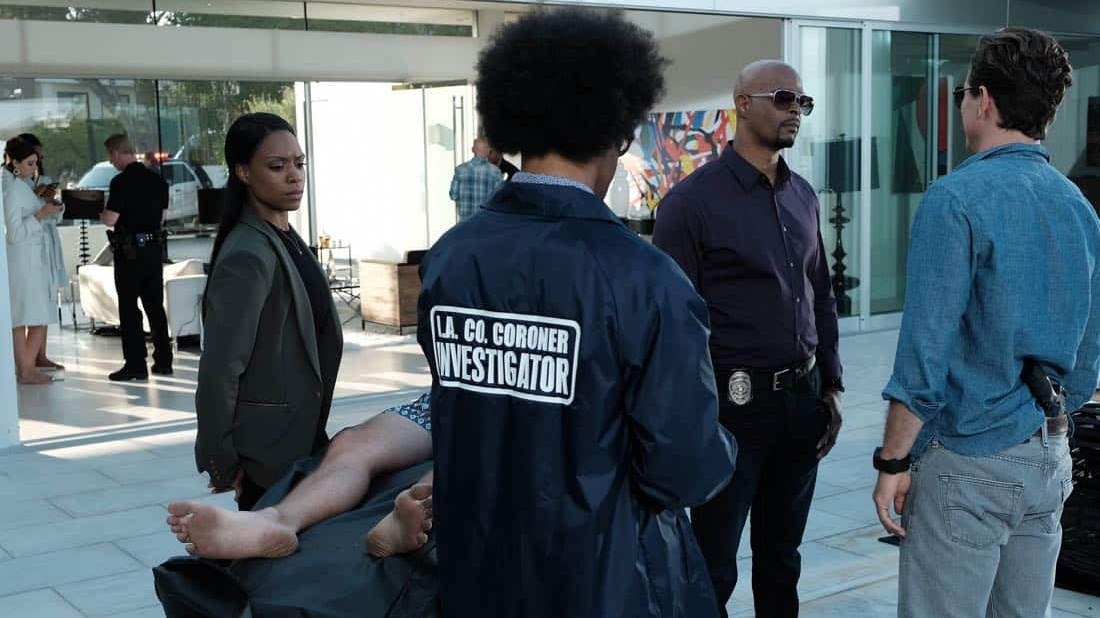 Lethal Weapon returns to slime crime and fun with “Dancing in September.” The main detectives are going through drastic life changes this week. Murtaugh helps Jr. pack for college and strains his back, more reminders that he’s hurtling towards the abyss of consciousness. Riggs is sober and learning how to be normal again. He’s full of energy, gets up early, eager to problem solve the day. More than anything, Riggs needs a crime to occupy his time which is something Los Angeles produces more than movies (unless you count some of the movies as criminal.)

Meet Dr. Dan Harris, a popular young plastic surgeon, snorting powder, house full of slightly flawed beauties who want little additions her or strategic subtractions there. Harris hands out the bikinis and tells his future clients to meet him in the hot tub. When they arrive, they find Dr. Dan floating in his own nasty soup. Murtaugh and Bailey rush to the crime scene, but Riggs is already on site searching for clues. He makes a quick determination someone murdered Dr. Dan and begins canvassing the neighborhood, like a good detective. 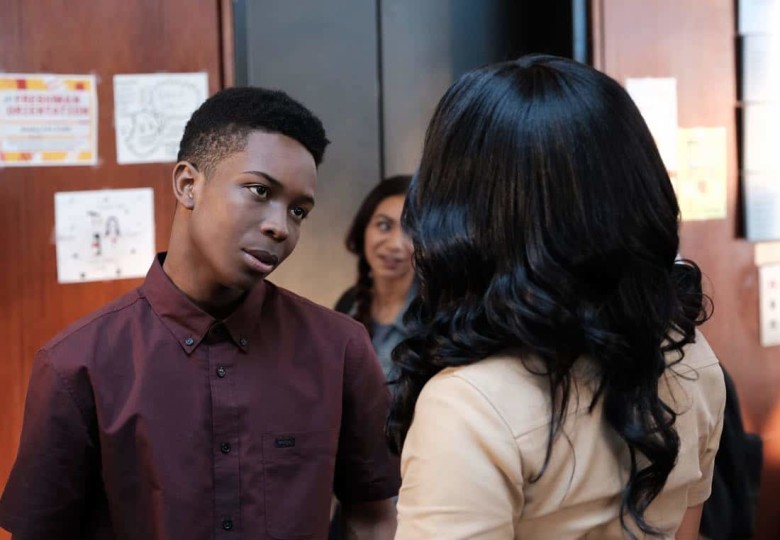 Captain Avery has fresh fallout from the internal affairs audit; headquarters sends Deputy Chief Santos to observe and evaluate his leadership and team. Murtaugh knows Santos on a much more personal level. They were partnered years before on a stake out, they reached for the radio dial at the same time, and their fingers touched. Murtaugh claims Santos “allowed her finger to linger,” on his. An unmistakable sign of game during Earth, Wind, and Fire. Murtaugh fears Santos never got over it and may be looking to punish him for not stepping up.

Santos issues body cameras to Riggs and Murtaugh as they work the case. The first stop; question Dr. Dan’s partner. Dr. Paulo didn’t approve of Dr. Dan’s party lifestyle, he claims it didn’t parallel the work they were doing with elderly rejuvenation. Dr. Paulo even offers Murtaugh a special AARP rate consultation for his back pain. Riggs spots a young woman leaving the clinic, then two thug-types sneaking into the records room. Riggs goes after them, but they bolt. The first hench breaks Riggs’ body cam in their scuffle, Murtaugh kills his perp by falling on him. Santos isn’t impressed by the footage, it makes Murtaugh look unprofessional. Riggs thinks there is a drug connection linked to the steroids and hormones Dr. Paulo uses in his work. He wants to call DEA in to task force the case. Riggs really wants to call Agent Palmer. Murtaugh doesn’t want DEA on their case, but Santos agrees, interagency cooperation is a good thing. 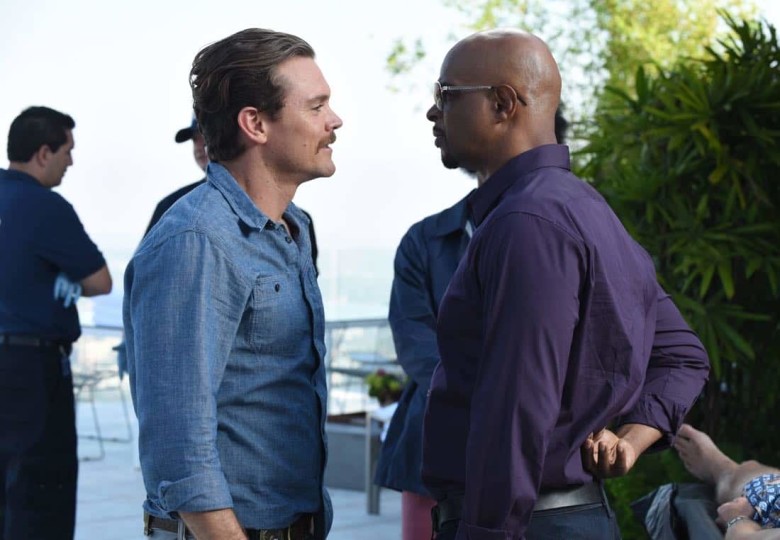 Riggs drops in on Palmer at her office, but her career has been in a death spiral since she leaked the Flores Cartel file to him. Palmer doesn’t blame Riggs, she’s too much of a grown up to do that, but she does need to hear his apology. Palmer isn’t interested in getting involved in the steroid connection, but she does recognize the hench that destroyed Riggs’ body cam. Riggs works late, since he’s no longer drinking himself to sleep, and decides to question Dr. Paulo again. Avery wants to go with him because he needs to get away from Santos, plus he’s the boss and can do things like that.

Riggs and Murtaugh arrive a moment after hench Kriev kills Dr. Paulo. Riggs chases the perp out the back balcony right into Agent Palmer. She takes him down, arrests him, and drives him off for questioning. Murtaugh and Avery aren’t happy to lose their suspect to Palmer, but Riggs is pleased she’s back on the case. Santos, not so much. The way Santos sees it, they lost the same perp twice. Riggs reaches out to Palmer and she does slip him some clues. Kriev and the other hench are members of the Russian mafia that work for a man named Orlov. The team deducts Orlov is looking for someone who had their face changed. Bailey works a little keyboard magic and identifies a preoperative picture of a young woman, Sara Burns, one of Orlov’s accountant’s. 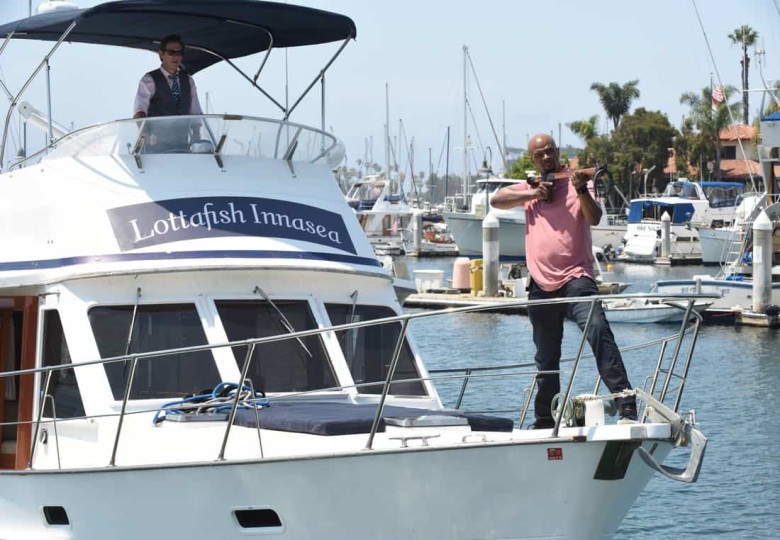 Palmer, Riggs, and Murtaugh find Sara at the pharmacy. There’s no reason to drag that process out story-wise, she has a tale to tell. Sara took a leger of Orlov’s criminal activity and turned to Dr. Dan for a new face. Dr. Dan did the operation but started to blackmail Sara. She confesses to killing Dr. Dan to cover her escape. Palmer suggests they exploit the fact Orlov doesn’t know what Sara looks like now, and catch him in a sting on his boat.

Murtaugh, Avery, and Riggs watch and listen from Avery’s fishing boat while Palmer goes in armed with little more than the information Sara provided. Palmer, as Sara, tells Orlov she’ll disappear for a million dollars in cash, for her silence. At first Orlov agrees, but tells Sara (Palmer) she can get the cash from the cabin, but she has to change into a bikini. He wants to see everything his plastic-surgery cash bought. Palmer agrees, even she knows it’s a bad idea. Of course, Orlov turns on her, the boat motors up, Riggs jumps after one of the aft lines and pulls himself on board while Murtaugh provides cover from Avery’s boat.

Palmer is more than two hench can handle, she beats them down but Orlov catches her, for about a second. Murtaugh nails him with a speargun. They break the case, but Santos sets up in Avery’s office anyway. Palmer calls Riggs on a misdemeanor date night, which definitely makes for good TV. Roger and Trish drop Jr. off at his new, very friendly, dorm.