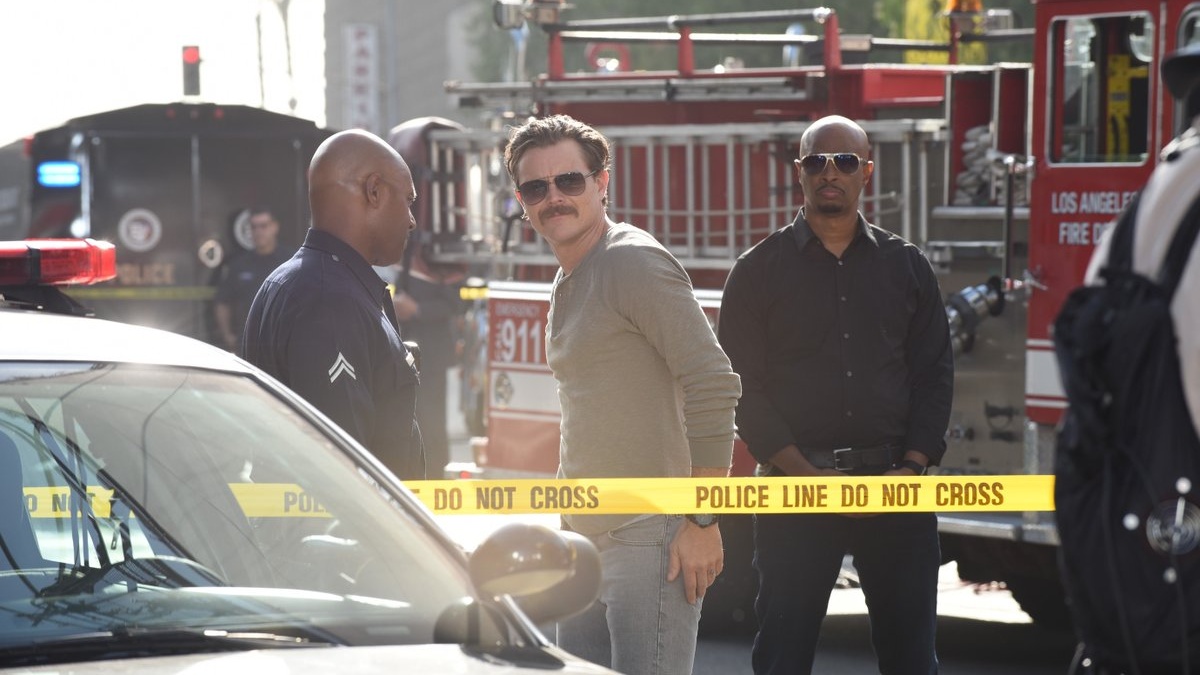 Lethal Weapon fires up a fun little episode with all its signature elements for “Diggin’ Up Dirt.” This story gave us a bit of Riggs’ past, a glimpse of Murtugh’s future, a corruption motived murder, Leo Getz, a shoot-out and a car explosion. Every time I see Trish supporting a scene I wish they’d give her more to do. When they introduced Leo, I hoped Trish would partner with him for future case work. Tonight’s episode delivered a little on that scenario. Trish could always carry her own show but Leo makes a good foil-partner for her too.

Captain Avery considers running for City Council when Sean O’Brien vacates his seat to run for Mayor. He asks Murtaugh to make a list of potential Captain candidates. Murtaugh says the Captain’s search is over, he’s the right choice for the job. Avery challenges Murtaugh to give it serious consideration, is he ready to give up the detective work for administrative duties? Riggs has made Murtaugh rethink the last act of his career. Trish also hears a voice calling form inside. 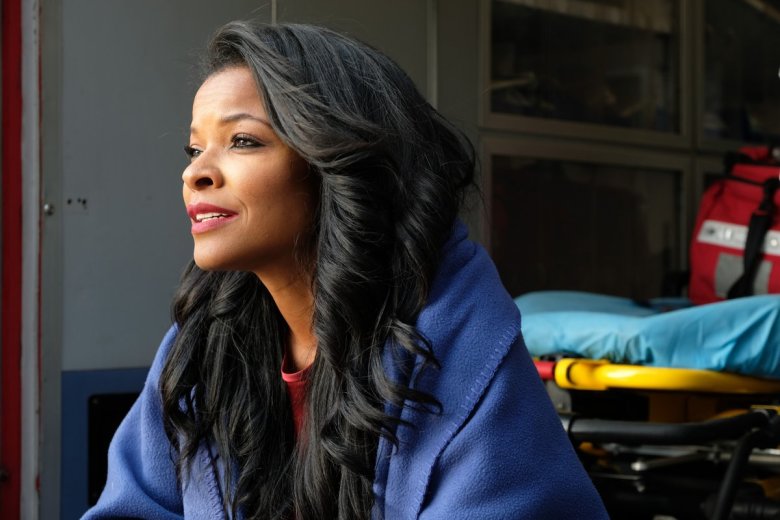 Trish meets with Gene, a lawyer from the DA’s office she worked with years earlier, when he invites her to a business dinner. Gene plans on running for Mayor and he asks for Trish’s support. He needs it, Sean O’Brien is the favorite, many already consider him set for the job. Leo Getz is also at the restaurant. He’s been stalking Gene for a meeting looking for referrals. Leo and Gene worked in the same office in their early days. Gene ducks Leo, says they can set up a meeting later. He thanks Trish for her support and heads for his car which explodes when he turns the ignition. Leo jumps on top of Trish to protect her from hot debris. Leo has an annoying exploitive front, but he also has a noble layer buried deep.

Riggs and Murtaugh respond to the call, Trish is okay, but Leo fled the scene. Trish tells Murtaugh, Gene mentioned he was building a big case against the cartel. Riggs confirms the explosive was a cartel type IED. Bailey does some quick detective work and discovers Gene was scheduled to meet with Riggs father in-law, Ronnie Delgado, at prison. Riggs has been dreaming about Miranda and a lie he told her about his father being dead. This deception continues to bother him.

The whole Riggs subplot is a bit of a back slide. It felt like Riggs finally had closure on Miranda’s death and his issues with her have overstayed their welcome and effect as a narrative device. The issue was used tonight to rope Delgado back into the story but I hope we don’t keep seeing this. Something mysterious about Miranda’s life… okay, go there. More about Riggs’ grief should stay anchored to the first season. 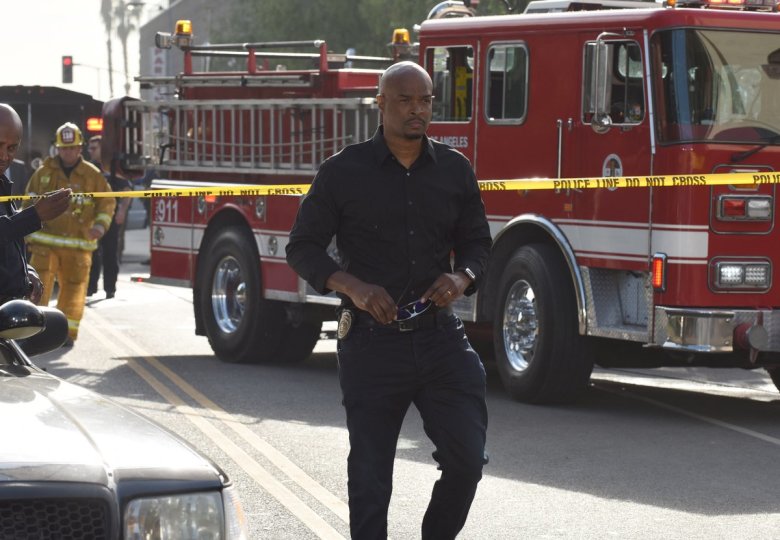 Murtaugh recognizes a sinister looking thug as they approach the yard to meet with Delgado. Then, a diversion fight breaks out and cartel thugs attack and stab Delgado several times. Riggs saves his life, but Delgado spends the rest of the episode in the infirmary. Delgado is less concerned about talking shop than telling Riggs he still thinks of him as family. Delgado doesn’t know about any beef the cartel had with Gene. He says Gene wanted to ask Delgado about his Ojai house, the same place where Riggs and Miranda had their wedding.

Leo hands out business cards at Gene’s funeral where Trish spots a man that left the restaurant right before Gene’s car exploded. She gives the license plate to Murtaugh but Leo convinces her they should conduct their own investigation of Gene’s murder. Murtaugh’s a good detective, but he can be slow to make connections. Leo and Trish may not be Holmes and Watson, but they both have passion, resources, and experience. Leo remembers Monica Jones, a woman who “stole his job” and O’Brien’s heart. Why did Gene have a picture of them in his case files? 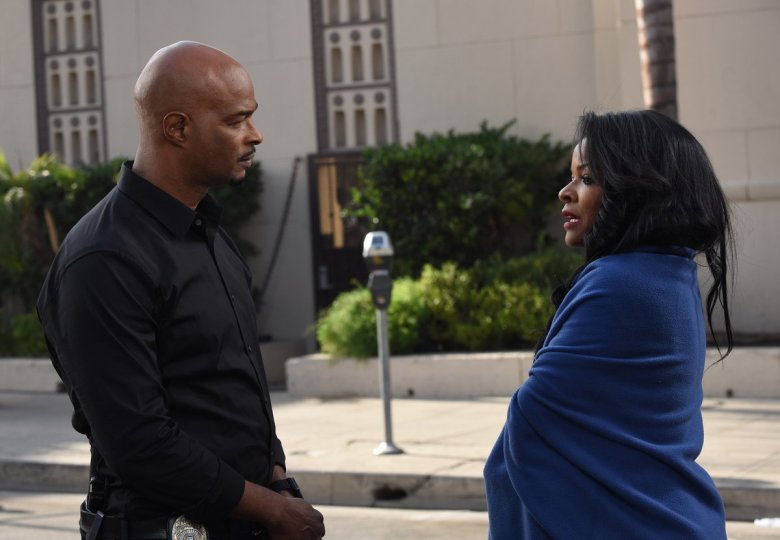 Murtaugh ID’s the man Trish and Leo saw at the funeral as Mike Serrano, a highly trusted private investigator/fixer for the City Hall crowd. If you’re curious about real life figures, LAPD paid out $81 million in settlements in 2016 alone. Imagine what the tab is like when you rope in all of City Hall’s numbers. Avery knows a restaurant where Serrano hangs out and Riggs heads over to poop on his party. Serrano never admits to working for the Cartel, Gene, or O’Brien, but he does tell Riggs he did some work for Miranda before they were married. Serrano knew all of Riggs’ family secrets and reported them to Miranda. She knew he was lying about his father and married him anyway. This was a touch guy versus tough guy scene that ended with Riggs shooting a large fish tank. Think of that one as SEAL vs. fish, not so sporting.

Later, Murtaugh picks up a drunk Riggs to join him in staking out Serrano. Trish and Leo have the same idea and run into Murtaugh’s car as Serrano meets with Sean O’Brien. Avery pulls them all in to hear their theory. Trish and Leo think O’Brien used Serrano to cover up the murder of Monica Jones, last seen in October 2008, and Gene was investigating the lead as part of opposition research. Riggs recognizes the house behind O’Brien and Jones in an old photo. It’s the Delgado Ojai house where Riggs married Miranda. Riggs rushes up to Ojai to search the property.

Riggs finds a spot on the lawn and starts digging, eventually, his shovel hits a skull. Serrano and two hench arrive at the same time. They bag up the skeleton and put a noose around Riggs’ neck. They hang him to make it look like suicide. Murtaugh rushes in for the save. He hits the guy holding Riggs’ rope and there’s a quick showdown. The hench are killed and Serrano is wounded, but able to talk. Sean O’Brien claims Monica Jones died in an accident. Setting aside the emotional quakes of this story for the characters involved, both leading mayoral candidates are out of the picture. Regardless, Captain Avery decides to keep his gig. Trish decides to do more meaningful work. Hopefully, Riggs will give sobriety and Agent Palmer another try.