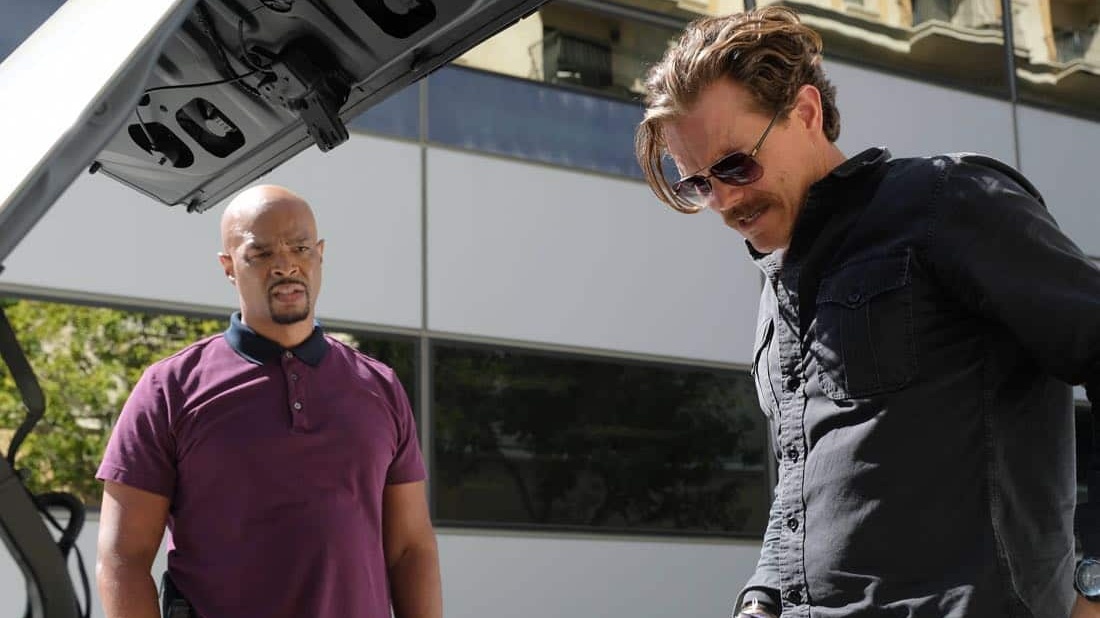 The second season of Lethal Weapon begins two weeks after the freshman season finale with Murtaugh hot on the heels of his vengeful partner, “El Gringo Loco.” Murtaugh’s been in Mexico for two weeks shadowing Tito Flores with no sign of Riggs. Trish and the kids miss him, but he isn’t completely open about his off-the-books mission. The second season opener shows fans all their favorite Lethal Weapon elements are back in force. For Murtaugh, this includes his family.

I can’t think of another cop show that respects the home life of one of the characters on this level, except for Fargo which is more a marriage of a crime story and neo-noir. Murtaugh’s successful home life is Riggs’ only anchor to life itself; it’s the holy grail of his journey on Earth. By the way, most of “El Gringo Loco” is a straight-up buddy-action tale. However, the final scene is as dramatic as it gets and an example of an excellent team with mastery of pace. 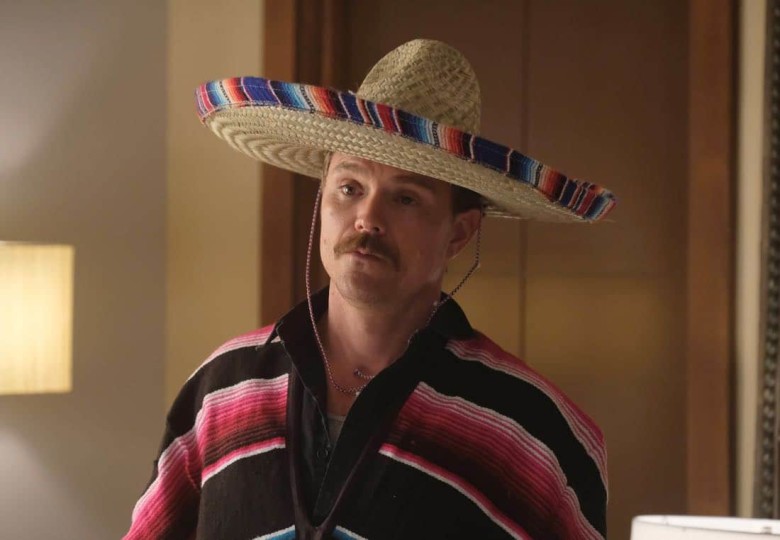 While Murtaugh checks in with Trish, Riggs catches up to Tito Flores during a private sex party in a fancy penthouse suite. Riggs shoots most of the baddies but one goes flying out the window and lands on a car next to Murtaugh. Tito is already handcuffed when Riggs finds him and puts a gun to his head, but Murtaugh rolls in to stop him, a tough sell for a man as horny for revenge as Riggs. Murtaugh distracts Riggs by admitting he loves him. Riggs struggles to respond, then the B-team hench attack. Murtaugh uses one of Riggs’ grenades to reduce the threat and they stuff Tito in the trunk to face his crimes in Los Angeles.

Riggs is still distracted when he slams the trunk shut on Murtaugh’s hand and severs a finger. Riggs rushes Murtaugh to an emergency care facility to reattach the digit and continue back to Los Angeles. Meanwhile, Captain Avery faces an official internal affairs commission about Riggs and Murtaugh’s disappearance in Mexico. Avery deflects when he can or all out lies. He claims they went fishing together, not some unsanctioned kingpin hunt. Then, Det. Bailey interrupts with good news. Riggs and Murtaugh returned with Tito Flores in custody. This is crime lord at the end of the rainbow Avery needed, but when they open the trunk, they discover Tito Flores dead, a bullet hole in his head. 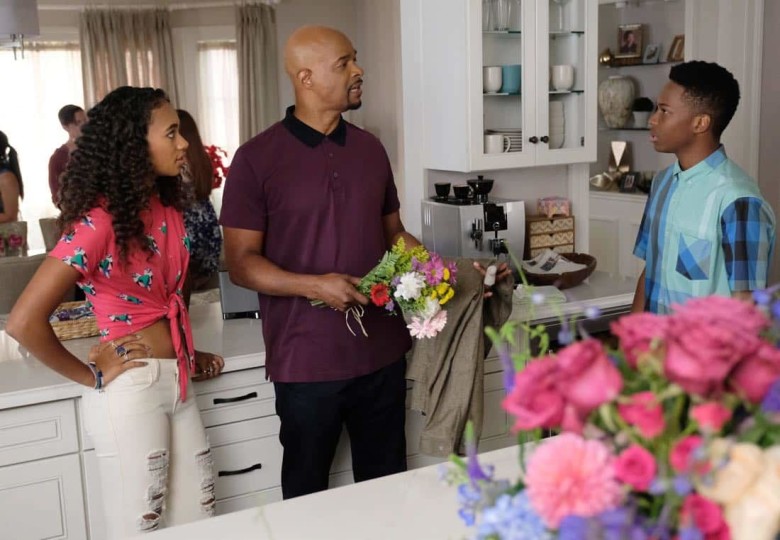 Riggs is suspect, but Murtaugh is also suspended pending investigation. Riggs is ready to quit LAPD, with Tito Flores dead, he has no more to-do list. Murtaugh knows someone else killed Tito and wonders if he revealed compromising information under the influence of hospital morphine. Riggs returns to clean out the Flores-board from his trailer where Dr. Cahill drops by to visit and ask about the suicide note he left her. At this point, he seems more empty and lost than depressed or destructive. That would open more emotional territory for Riggs to investigate this season.

Murtaugh walks into a party-in-progress at his house. Trish is supervising, Jr. is grilling on Murtaugh’s pride and joy, and Riana has a piercing no one discussed with dad. He erupts over all the changes and decisions made while he was in Mexico, but he was often unavailable to discuss the home front. Trish is also angry when she discovers the journey his ring finger took and wants to know why he never called home about the injury.

Murtaugh returns to the emergency room to ask nurse Denise if he said anything while morphined up. She confesses she called her brother, Gordon, a veteran Border Patrol Agent, after Roger mentioned having Tito Flores locked in his truck. A moment later, a squad of hench roll up to kill Denise. Murtaugh hides her and fights them as well as he can with a scalpel, but he’s eventually saved by Riggs and his assault rifle. Murtaugh calls Baily to issue a BOLO for Gordon, but he walks into her office and confesses to murdering Tito. 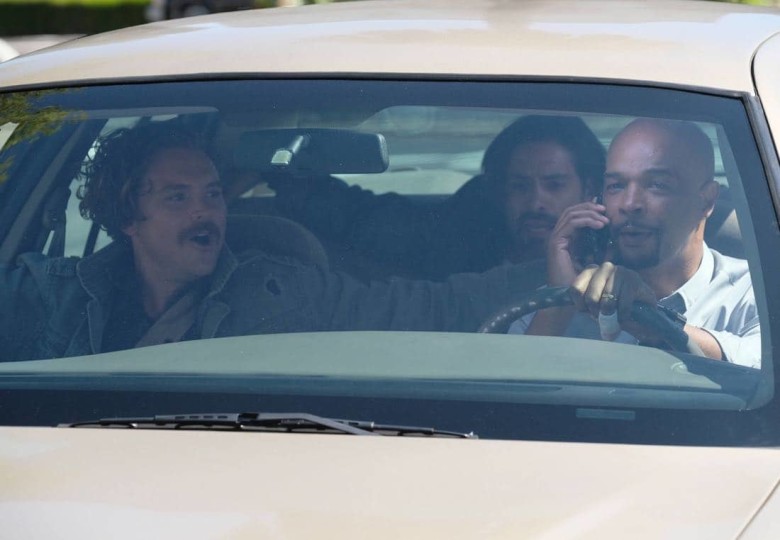 Avery accepts the confession but Riggs wants to know what it was like to kill Tito. Gordon is clearly lying about the murder, but why? Riggs and Murtaugh ease the truth out of him. Gordon did the occasional favor for Tito’s second in command, Raul Mendez. He called Raul when he heard Tito was locked in a trunk, thinking he’d want to rescue him. Instead, Raul murdered Tito. Now, Gordon has to take the wrap for the murder or Raul will kill his innocent sister, Denise.

Riggs raids the police armory to return to Mexico and kill Raul, but Murtaugh has an idea for crippling the entire Flores Cartel. They load up on explosives, return to Mexico, and crash Tito’s funeral. Riggs struts in strapped with grenades and outs Raul in front of his hench army. Murtaugh plays the recording Gordon made of Raul telling him to take the fall for killing Tito. The Cartel hench turn on Raul and open fire on him and Riggs.

Raul tells Riggs if he gets him out of the church alive, he’ll inform against the entire Cartel in court. Murtaugh drives the getaway car and Riggs destroys the hench SUV’s with rockets. Again, this a great catch for LAPD. The internal affairs commission closes their investigation, Riggs and Murtaugh are reinstated. The episode ends when Murtaugh makes amends with his family while Riggs visits Miranda’s grave and buries his wedding ring by her headstone. Yes, he’ll miss her, but this could be the closure Riggs needed to move on with life and Crawford nailed this scene.