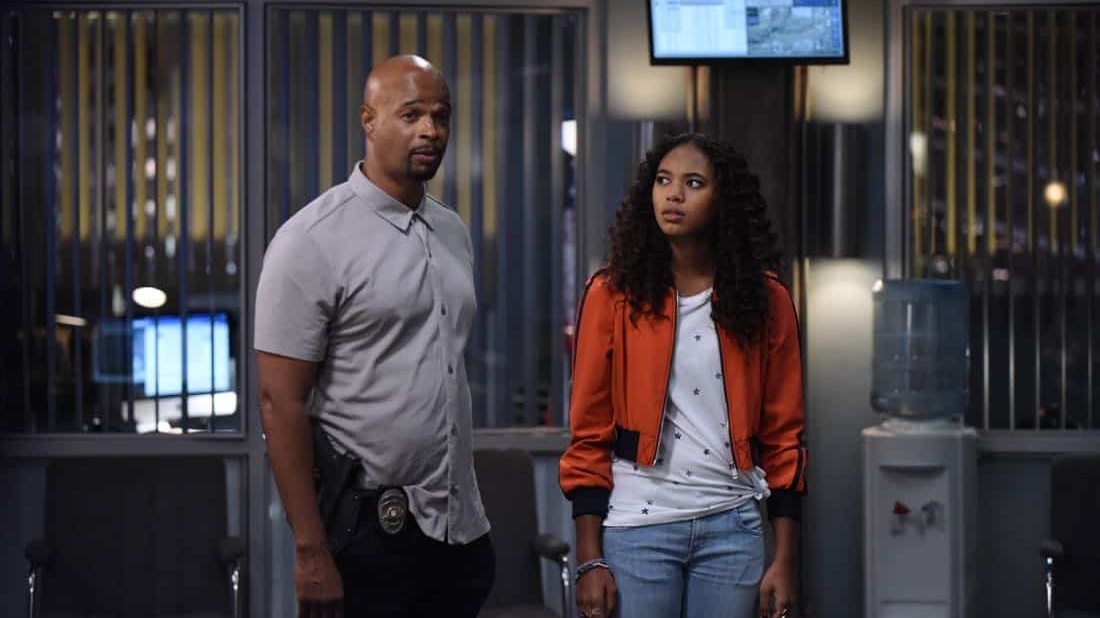 A clever, felonious Lethal Weapon robs wealthy passengers on a private flight and bails out into bigger trouble for “Flight Risk.” This was another great episode that sounds simple enough. A charming thief robs the wealthy passengers of a small exclusive jet and plans to bail out without hurting anyone. Then, with the jet’s door open, one of the passengers pulls out a gun and fights back. There is struggle, the gun fires, crook and passenger fly out the window. Sounds easy, more importantly, they make it look easy. Lethal Weapon is what real professionals at the top of their game are capable of when teamed with solid writers and an excellent cast.

Riggs cut his cord with vengeance but he still has the darkness that many carry from childhood. We see a bit of it in flashback. Pappa Riggs takes young Martin deer hunting when terminal Mamma Riggs is in so much pain she can’t take the thought of Martin being in the house. This flashback is full of mirror and metaphor, Pappa Riggs wasn’t father of the year material. He’s the rusty reflection of Murtaugh, a man entrenched with the happiness and well-being of his children. With Jr. away at school, all his attention goes to Riana and she’s putting distance between them. There’s nothing diabolical here, she’s just a young woman in need of a little space with her friends. Space Murtaugh isn’t ready to cede. 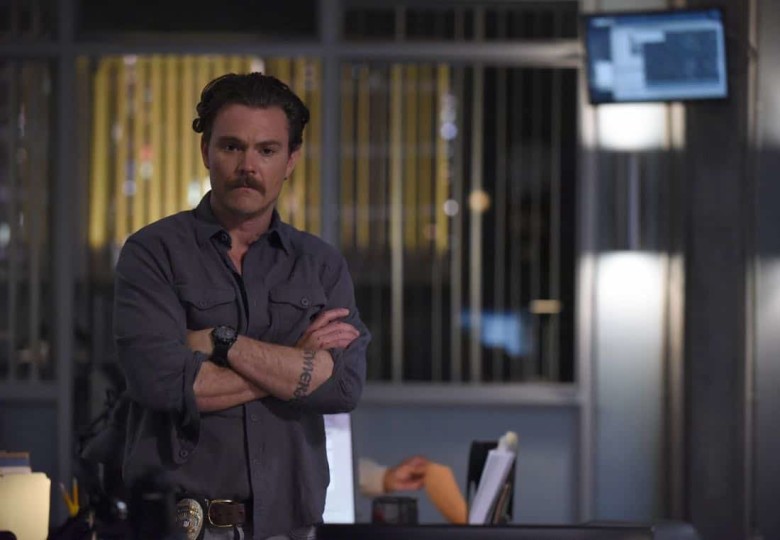 Credit where credit is due, who thought we’d see an action cop show where one of the cops could be father of the year? The choice is so refreshing, it’s bold. Riggs digs the bold choice of the jet thief, Dan Cooper, but murder is over the line. They interview the passengers and flight crew, but end up with zero leads. Bailey helps them ID the thief Dan Cooper and finds him registered under a silly name at a local hotel.

Riggs and Murtaugh barely miss Cooper at the hotel, he spotted them when he stepped out for ice, but Cooper left his phone and other gear behind. Then the phone lights up, it’s a call from his daughter, Nora, the flight attendant. Riggs and Murtaugh bring Nora in for questioning, she did lie to them about recognizing the thief, but she had no idea what her father was up to. They haven’t seen each other in years and Nora would have preferred to keep it that way. Murtaugh is sensitive to this alienation story, but he’s nothing like Dan Cooper.

Nora remembers her father’s old fence, an arcade owner named Dugan. He acts like he hasn’t seen Cooper in years but Riggs threatens to take him in, he tells them Cooper is dying. Nora says he’s used the dying excuse before, he’s probably headed for Mexico. Nora leads Riggs and Murtaugh to another place her father used to take her when he would trade goods for cash. While they stake out the market, Cooper walks into a trap. Several hench open fire with automatic weapons. Cooper takes cover while Riggs and Murtaugh fight off the assassins. 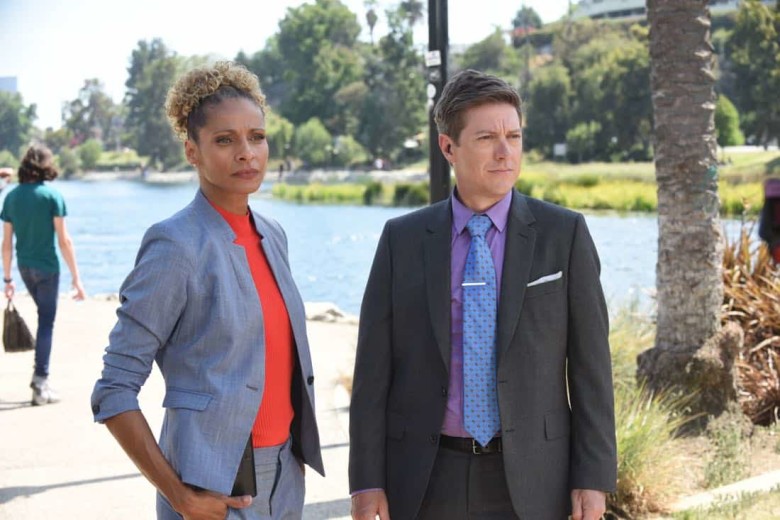 Riggs an Murtaugh question Cooper; he admits to the thieving, it’s been his life work, but he’s never killed anyone. Cooper never loads his gun, the man on the jet had his own gun and Cooper was just defending himself when it fired. Scorcese confirms the gun that killed Woodcock wasn’t Cooper’s. At first, Cooper doesn’t know why anyone would go through the trouble of killing him. Finally, he remembers taking Woodcock’s briefcase, but he suffers some sort of respiratory attack and drops to the ground. Nora thinks he’s faking as the ambulance drives him away.

Cooper is dying from an advanced viral infection in his heart. He has six months to live. Woodcock was carrying two million dollars in uncut diamonds in the briefcase Cooper stole. Cooper says he lost the briefcase in the pond next to his landing zone. Riggs and Murtaugh send Bailey and Bowman to search the pond, but Cooper never dropped it. He escapes his hospital bed with the help of Nora’s earring, but the van of angry hench kidnap her right outside the building. Riggs answers when the kidnappers call; dramatic irony approved. Riggs act likes Cooper and says he’s willing to trade the diamonds for Nora’s life, they set a meet for the next day at echo park. 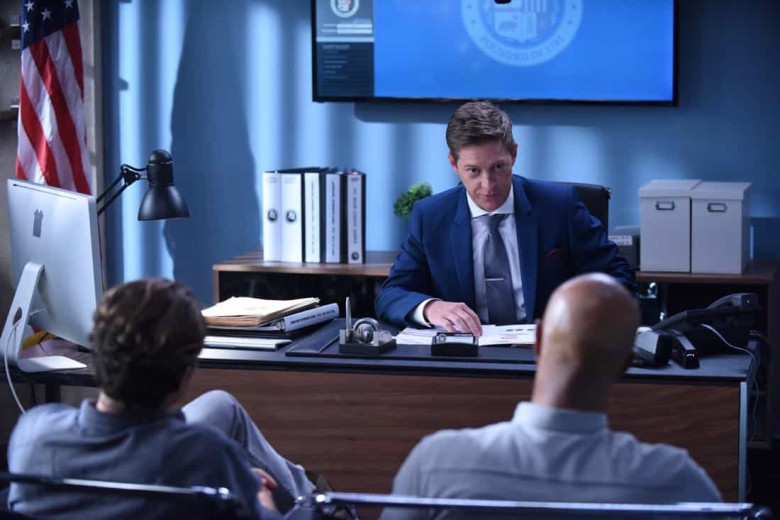 Riggs and Murtaugh form the best plan they can with Cooper, he shows no interest in saving his daughter, at first. However, when it’s high noon and everyone is in place, Cooper arrives with the diamonds. Murtaugh expected the father to do the right thing. Avery and Santos are also on site acting as back-up, though Santos is one bad decision away from firing Avery. Cooper faces the main kidnapper, Woodcock’s bigger more sinister brother, but refuses to hand over the diamonds until he knows Nora is safe. Big Woodstock grabs the case and they struggle for control, just as Murtaugh’s team loses comms. Riggs tries to warn Santos she’s blocking his shot, but he takes it anyway.

The bullet passes through the loose part of her blouse and pops the diamond case loose. Nora escapes from the back of the van while Murtaugh and the rest of the team take down the entire hench crew. Santos is shaken and offers Avery a transfer to any division he chooses while she clears the lunatics from his current office. Avery declines the offer, these are his lunatics, he doesn’t run from the responsibility or challenge of leading this team. A show can’t go wrong when it sings about tolerance and acceptance.