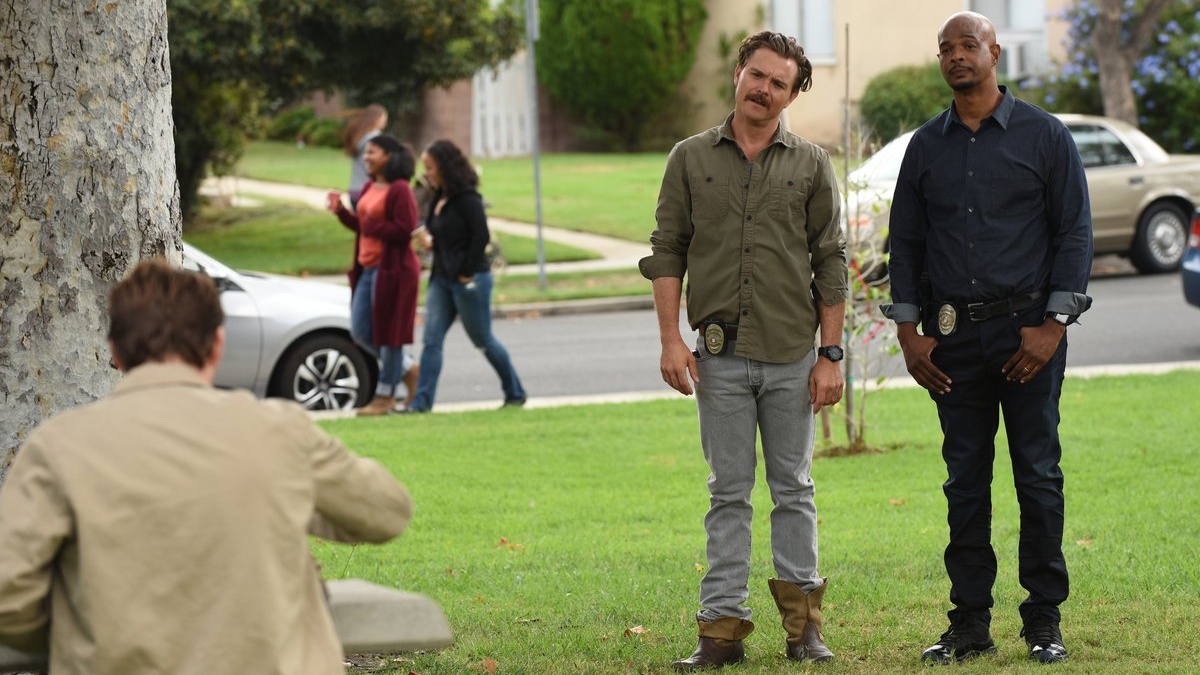 Lethal Weapon logs in the minimum perp time for a cop show in “Fools Rush In.” It takes a lot of confidence to skip the part about who actually committed the murder, but sometimes it also makes sense. Riggs and Murtaugh may go up against well-armed brutes, but they rarely go up against the mastermind. As outlandish as Lethal Weapon can be as TV Cop entertainment, it still mirrors reality, there are way more well-armed brutes than genius criminals. The interesting twist tonight is, what if a genius suffers from schizophrenia?

Trish, the prime resident Lethal Weapon smarty, scores an interview with Dr. Weir, the admissions gate-keeper for a prestigious pre-school, Kellogg. Part of the admissions process is an interview with the parents to determine if they provide a home environment consistent with Kellogg standards; no television, no pop culture references, no real fun. Murtaugh agrees to lose the TV if it means Harper gets into Kellogg (she’s still in diapers.) When Dr. Weir arrives for the interview, Murtaugh plays a whole different persona, tries hard to anticipate answers he thinks are important to Dr. Weir. The interview takes an awkward turn when Harper approaches, TV remote in hand, and asks if she can watch TV now. Later, Dr. Weir calls Trish to let her know Harper was not accepted because of Murtaugh. You know he feels bad about that. On the other hand, there’s still plenty of time. 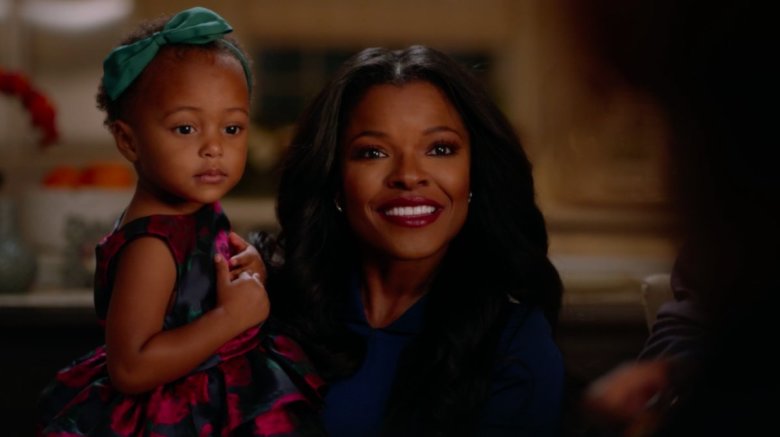 Riggs has his own awkward moment with Molly. It begins when he hangs out, three nights in a row, at the fancy restaurant where she works. He drives away customers with his dinner suggestions and finishes their wine when they leave. Molly kisses him and makes him agree to a proper date. The look on Riggs’ face says, “not ready for this.” Molly doesn’t care, she tells him to get ready and meet her on one of those double-deck open-topped tourist busses. Dr. Cahill thinks it’s a good idea if they want to date and Murtuagh loves rubbing the kiss in Riggs’ face as much as possible.

A purse snatcher runs from a Hollywood cop and hides in a dumpster where he discovers a corpse. The victim, Larry Hotson, was shot in the head, wrapped in a rug and dragged to the dumpster. Riggs follows the tracks to a nearby apartment building. The onsite manager doesn’t recognize the victim, but she does recognize the carpet. It belongs to the weirdo in 4B, Tom Meanny. Riggs and Murtaugh find Mr. Meanny’s door open. The place is wall to wall investigation board with shelves of footage and published research. Mr. Meanny investigates conspiracies. Riggs opens the laptop on the desk and triggers a countdown sequence, He and Murtaugh escape just before the apartment blows up. 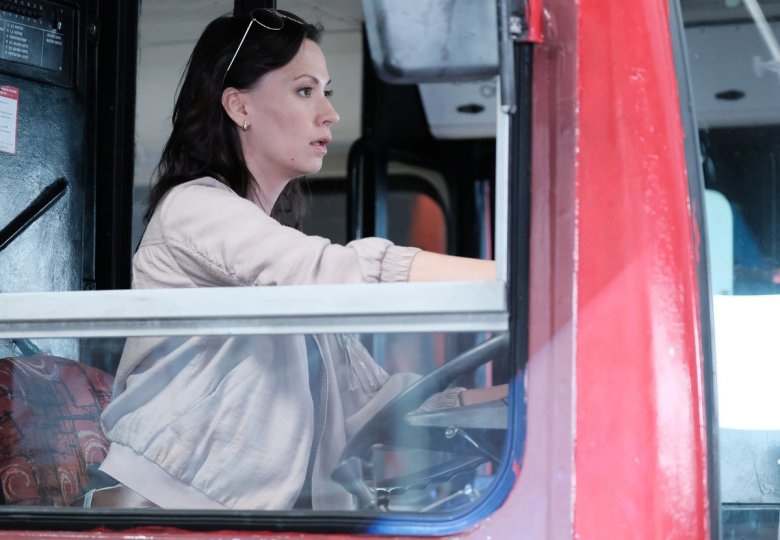 Murtaugh assumes the guy they’re looking for is crazy, but Bailey doesn’t dismiss him so quick. Riggs follows up on a woman featured in several photos in the apartment. She recognizes the man from a sketch the manager made of the tenant. It’s her husband. Mrs. Canter says her husband is harmless and his daughter, Kate, thinks he’s a superhero. Mrs. Canter met Jonah at MIT, he’s a brilliant engineer but also suffers from schizophrenia. He has the apartment to protect his daughter form his weirdness when his meds fail. She confesses he’s probably at the park playing chess.

Jonah runs when Riggs calls his name, he’s completely paranoid and pulls a small revolver. Murtaugh tackles Jonah as Riggs distracts him with Riggs talk. Crazy meet crazy. Jonah isn’t much help in the interview room. He didn’t kill the guy from the dumpster, he thinks it’s likely Elvis killed the thief by accident. He’s been tracking the Hollywood Elvis and thinks he’s trying to silence him. Meanwhile, someone hacks Baily and Scorsese’s computers, and changes the victim’s name to David Lightman. They send Bailey an address to meet.

Riggs and Murtaugh are met at a derelict building by a drone with a camera and a speaker. Riggs shoots the drone, he knows the operator must be nearby. Murtaugh stops them from escaping, two nerdy guys warn Murtaugh and Riggs that Jonah is dangerous, he was researching mass casualty weapons and killed their friend. Meanwhile, Dr. Cahill loads Jonah in an ambulance and follows behind, but he knocks out the two guards and escapes in her car when she goes to check on them. 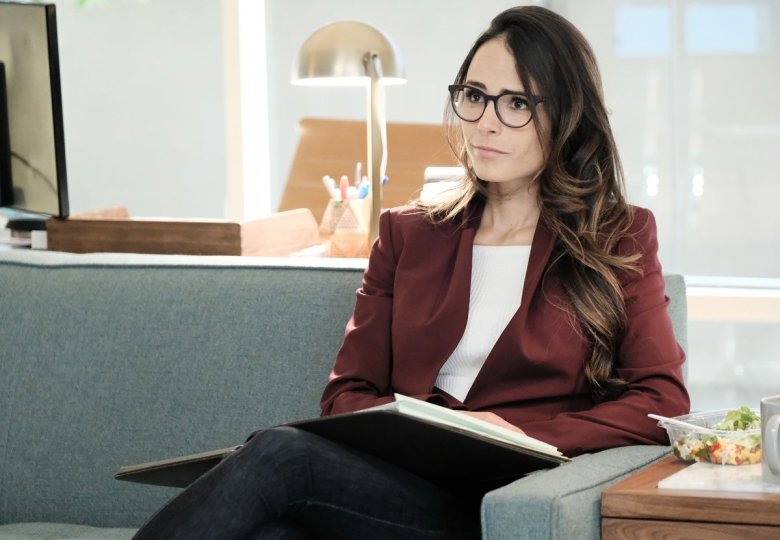 Cahill feels bad about letting Jonah slip away, she doesn’t believe he’s a bad man, but other people are convinced he’s dangerous. She helps Riggs sift through the evidence and realizes that most of his theories are written on the back of placemats from the same restaurant. They catch up to Jonah just outside the restaurant as he proves his theory, someone has rigged the traffic lights for remote control. They bring him in for questioning again after he gets some rest and meds.

Jonah tells them he saw Elvis impersonators climbing traffic-light poles and installing remote switches. They spotted him and started following him around Hollywood. He thinks they plan to bottle neck Hollywood tourists when they can do the most harm. On cue, Trish calls in and tells Murtaugh she’s stuck in Hollywood traffic with Harper. Murtaugh calls Riggs, but he’s already there on his sightseeing date with Molly. Jonah wasn’t entirely correct, the Elvis gang use their traffic control to keep cops out while they heist an armored car stuffed with holiday-shopper cash. Riggs unloads the tourists, but Molly stays to drive the bus while he chases the robbers. It’s a great Lethal Weapon sequence. Riggs nails the baddies, scores a second date with Molly, and Jonah gets released to his wife and daughter as a hero. Murtaugh arrives at the end of the chase in time to see Dr. Weir exiting a movie theater with her daughter. Yes, he blackmails her into enrolling Harper. That’s just good parenting.