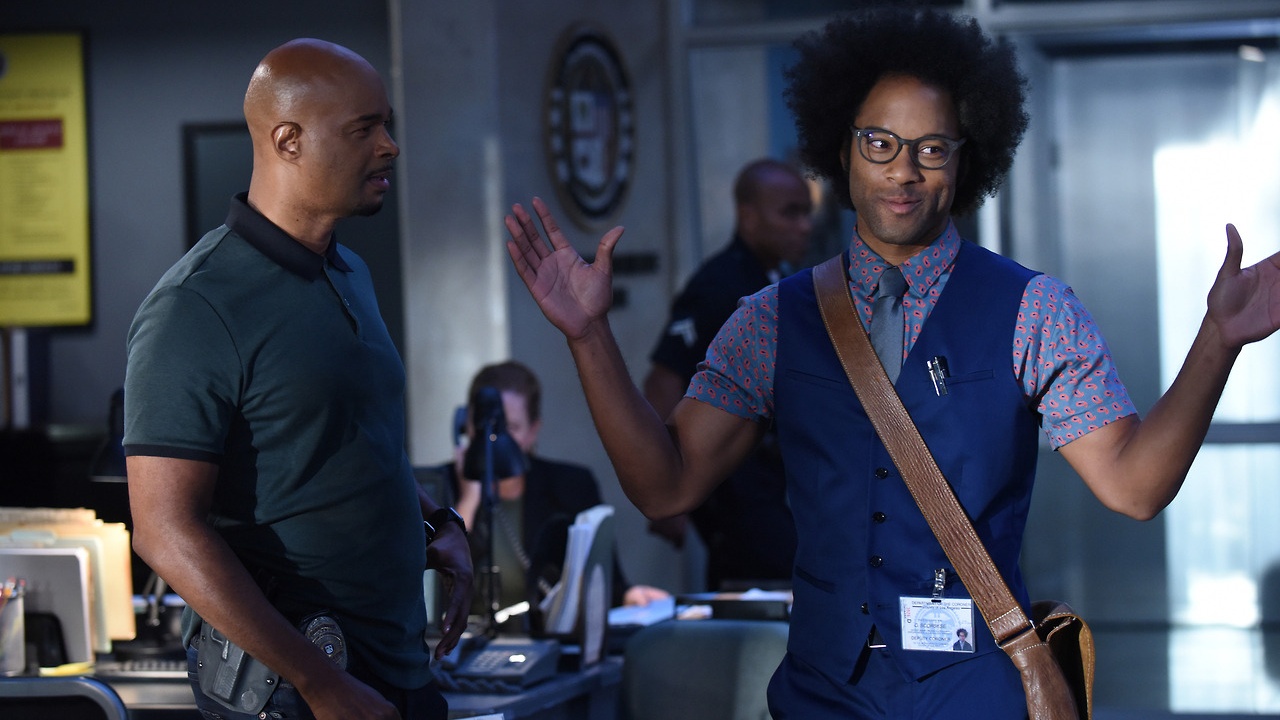 Lethal Weapon finally gives Scorsese some well-deserved story in “Fork-Getta-Bout-It.” It’s about time we get to see a little more of the genius from the lab. First, Riggs shows signs of moving on. He’s been checking in with childhood friend Molly, and her impressionable son, Ben. This week, he takes a shot at fixing her sink. Legit. LA’s plumbing scene is total crap. While Riggs is going through some slow awkward crush, Murtaugh is busy trying to stamp one out.

We’ve seen Murtaugh’s long running feud with his dentist neighbor, Dr. McNeile. This week, he discovers loose planks in the fence between yards and suspects young Robbie McNeile of sneaking over to peak at Riana. It turns out, Riana was heading over the fence to see Robbie. They plan on going to the Homecoming Dance together. Worse, Trish already knows and gave Riana permission. It’s up to the spiteful men to keep their houses apart. 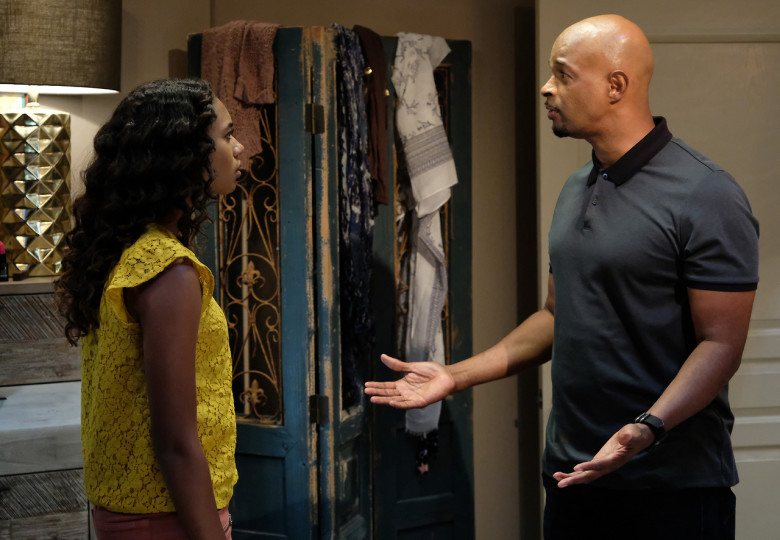 The murder of the week begins at the hospital. We see a guy, Jerry, wheel his wife into the emergency room, she’s in labor. Another man in the waiting room, Tony “Bonesaw” Tribone gets excited when he sees them go by. See where this is going? Bonesaw hops out of his seat and makes a call but someone stabs him in the neck before he finishes his message. Bonesaw turns out to be a career criminal from New Jersey who worked for a high-level mob enforcer named Frank Truno. The prints on the fork belong to New Jersey Doctor Jerry Johnson, a man who died 5 years previous in a car explosion.

This is when Scorsese gets more screen time than usual. He’s been working on a mob-centric screenplay and puts together a quick theory. Avery says the mob story in his screenplay is very good, and he really captured Murtaugh’s voice. We don’t get to see Scorsese make any emotional hurdles, but he gets some one on one time with Murtaugh where they discuss the cops in the script and the similarities to Roger. Murtaugh spends a lot of time denying Scorsese’s observations, but when he settles and sees himself through the eyes of others, he spots the rough edges people keep talking about. The other thing Scorsese brings to the table, one of his screenwriter’s group, Nick G., is a former mobster from the East Coast. 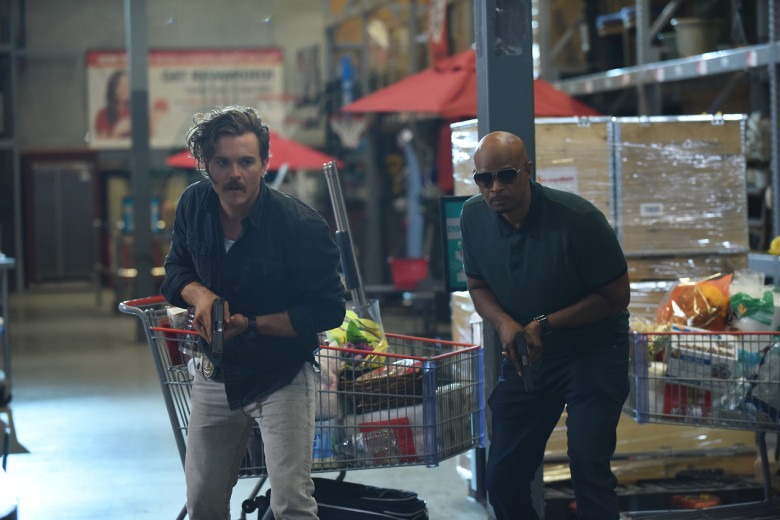 Bailey sleuths a recent update in Jerry Johnson’s membership at “Large Mart.” Riggs and Murtaugh head to the store to check their security footage, Jerry is already there with a cart full of goods. A pair of hench arrive at the same time for shootout. Riggs and Murtaugh take down the hench, Jerry escapes with a box of diapers. FBI Agent Graves tell Riggs and Murtaugh, Jerry is wanted for killing a state’s attorney in his hospital bed.

Riggs returns to the  hospital to talk with Jerry’s wife, Adrianna. They checked in under false names when she went into labor. She can’t believe her husband has any mob connections or that he would kill anyone, but she is worried he might be in danger. Murtaugh meets with Scorsese’s buddy, Nick G., and gives him a hard time about what he doesn’t seem to know. Nick knows Dr. Jerry from the papers, but he also recognizes Adrianna as Frank Truno’s ex-girlfriend and most trusted assassin. She was sent to kill Jerry in the first place. By the time Murtaugh calls to update Riggs, Adrianna is already on the move. There is a brief shootout at the hospital, Riggs takes out the hench, but Adrianna escapes with the baby.

Scorsese and Murtaugh run into, arrest, and take Jerry in for questioning, but Agent Graves could care less. He only wanted Jerry to get to Adrianna. Riggs babysits Ben for Molly when she goes out with Chad, date number three. Molly seems to like Riggs, they have the connection of years of friendship, but she doesn’t push. Molly wants to move on with life, is Riggs ready? Adrianna reaches out to Riggs, she knows she can’t run with a baby and protect Jerry from more of Frank’s hench. Riggs suggests she make a deal with the FBI for WITSEC and she agrees. 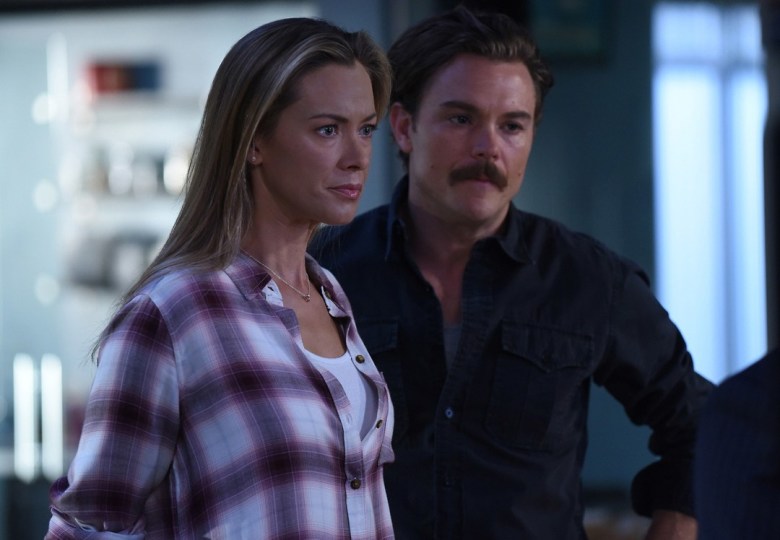 Adrianna has a whole list of crimes and murders Frank orchestrated, but Agent Graves isn’t happy, he wants something that places blood squarely on Frank’s hands. He offers Jerry some protection but nothing for Adrianna. She escapes Agent Graves in the elevator and goes after Frank herself. Frank makes it easy, he flies to town and gets Nick G. to show him around. By the time Adrianna finds Frank’s hotel, he has Jerry and the baby hostage. Frank puts Jerry and Adrianna both on their knees and gets ready to execute them personally.

Meanwhile, Murtaugh climbs through the A/C vent to get a clean shot while Riggs blows through the main door. Murtaugh’s belt gets snagged on a pipe, he can only drop a little. Still, he puts a bullet into Frank and saves Adrianna while hanging upside down. Now, with their testimony, Agent Graves has the case he wants for putting Frank away and agrees to WITSEC Adrianna, Jerry, and the baby. It’s a big win for their family.

Scorsese has another screenplay he plans to write with an antagonist based on the old Murtaugh, the man who forbids to young people from following their love. Of course, that story is too close to home. He gives Robbie and Riana his blessing and both dads take the Homecoming pictures. That’s right, the mere pitch of a screenplay can bring peace to warring neighbors.