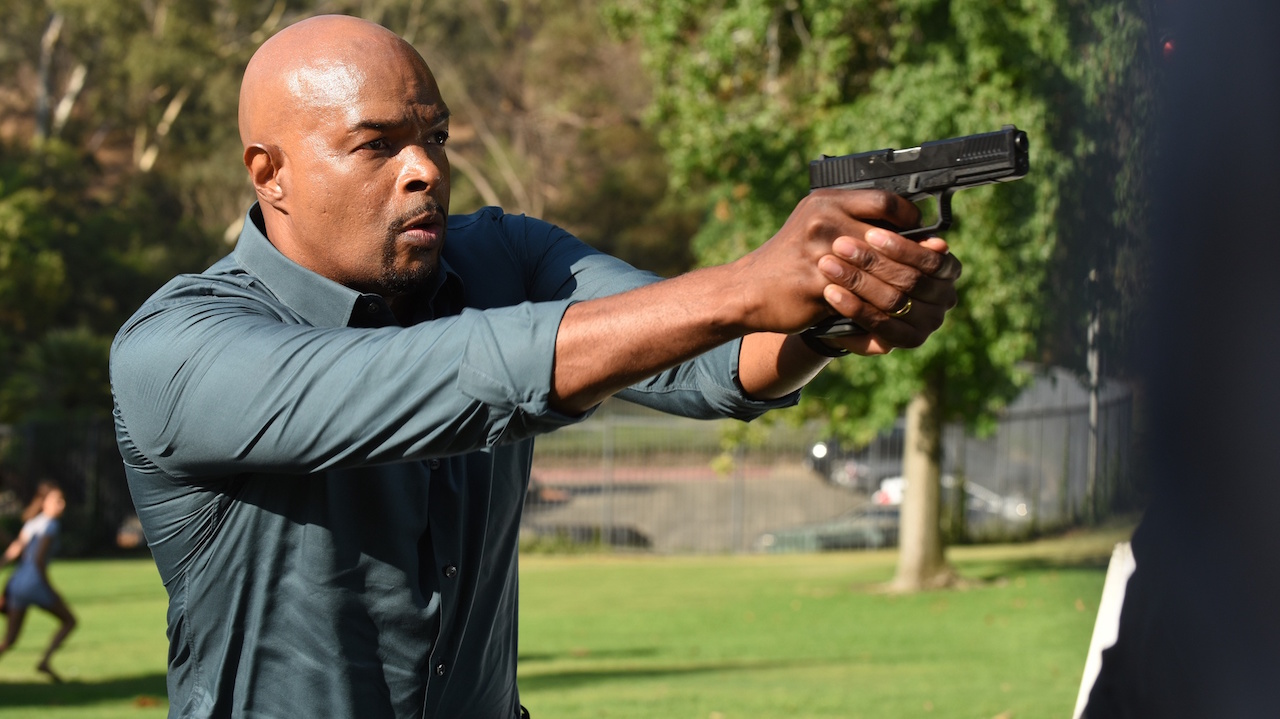 Lethal Weapon shows a huge piece of Riggs’ tragic childhood in “Gold Rush.” This season has showed us young Riggs at the hands of his unforgiving father. “Gold Rush” shows the story of how he survived those years after the death of his mom. We see young Riggs driving a stolen Corvette with his best friend Jake Voss, sometime around 1996. Police pursue and Riggs crashes the car, the kids escape on foot, but word gets around to Riggs’ abusive father. Later, Riggs is chillin’ at home with his two friends, Jake and Molly, when his father returns home drunk. Riggs tells his friends to leave before he sees them.

Riggs’ father starts to beat him, Riggs fights back, but he’s no match for the bigger, older man. Finally, Riggs grabs a rifle from the rack and threatens his father. At first, his father dares him to shoot. When Riggs doesn’t, his father rips the gun out of his hands and continues to beat him. He probably would have killed him except Jake returns and shoots the abusive man in the head. Jake ends up doing time in the juvenile corrections system. Then, he does more time for crimes committed as an adult. Flash forward, Jake Voss is up for parole, trying to convince the board he’s ready to lead a straight life. He just wants to get back to his wife, Molly, and young son, Ben. 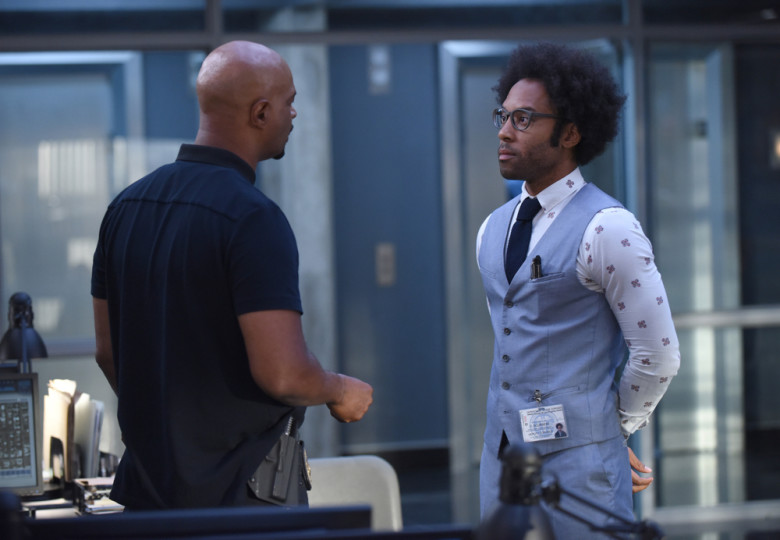 Riggs shows up at the hearing and says Jake is in important member of his informant ring. They release Jake, Riggs wants to have dinner and catch up, but Jake leaves with another recent parolee, Kenny. Yes, Kenny looks like trouble. Murtaugh has family trouble too. He finds a joint hidden in a box of cookies. Riana and Jr. both deny knowledge of and ownership. Murtaugh gives Scorsese hair samples from both kids to test.

Riggs and Murtaugh get called to the scene of a robbery-homicide. Albert and Candi Cook returned from vacation to find his safe robbed of gold bars and one dead thief in his den, Kenny. Riggs suspects Jake and there is a ticking clock before the other detectives connect his old friend. At first, he keeps it a secret to talk with Jake, get his story. Riggs visits Molly and Jake’s son, Ben. Jake never contacted Molly when he made parole. Murtaugh calls Riggs while he’s still at Molly’s house to say they connected Kenny and Jake and he’s also headed to Molly’s. 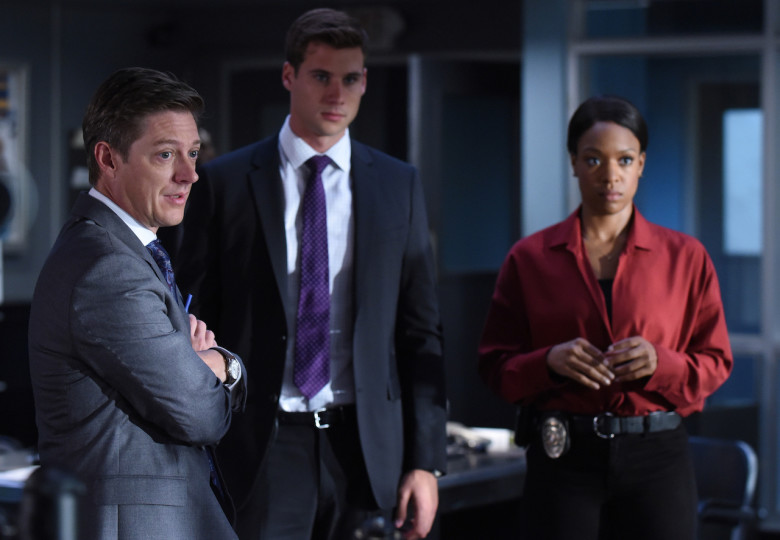 Jake pulls into the driveway driving Kenny’s car, but he takes off when he sees Riggs. Riggs pursues and both vehicles pass Murtaugh. Riggs makes Jake stop long enough for Jake to claim he was sitting in the car when he heard the gunshots inside. Riggs believes he didn’t kill Kenny for the gold and lets him go, but he has to explain the situation to Murtaugh. Captain Avery calls Riggs back to the office when Jake’s parole officer, Robert McCoy identifies Riggs as the detective that spoke at Jake’s hearing. Meanwhile, Jake makes Murtaugh crash his car, takes his gun, and escapes again. This move doesn’t help his case, nor does the fact that Scorsese found one of Jake’s hair’s by the back door, where Jake said the killer fled.

Scorsese also tells Murtaugh both of his kids are clean for marijuana use. He turns the focus of the investigation to Trish, but that blows up in his face big time. Trish suggest Riggs, since he does smoke pot and he’s always at their house. Riggs admits to smoking and does take the joint from Murtaugh, but also claims it isn’t his. Meanwhile, The B-team discovers the drill never broke the safe, it was unlocked with the combination. Riggs and Murtaugh confront Albert and he admits to hiring Kenny to stage the break-in because he’s getting close to divorcing his cheating wife and he didn’t want her getting any of his gold. Albert confesses he met Kenny at their parole office, McCoy’s. 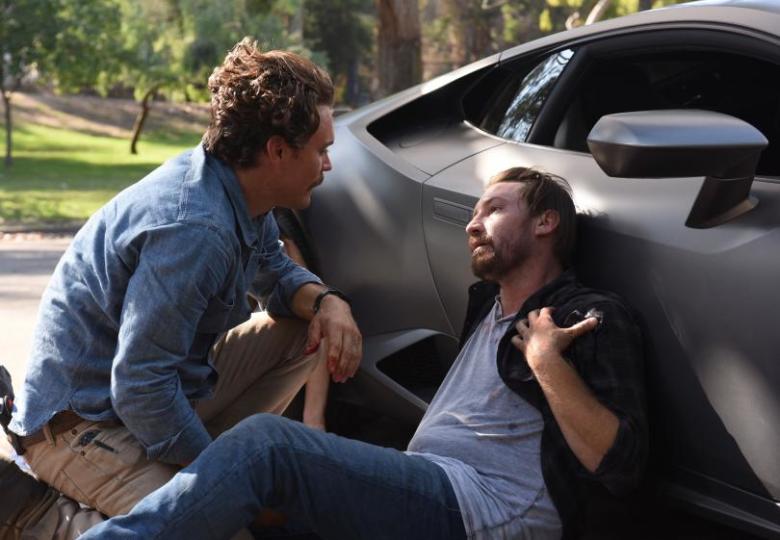 The B-team also finds a recording device in McCoy’s waiting room. Now he’s the main suspect for Kenny’s murder. Jake reaches out to Molly, she agrees to meet him at the park, but she also alerts Riggs and Murtaugh. Jake had nothing to do with Kenny’s death, but he does have the gold. Riggs and Murtaugh reveal themselves, Riggs agrees he owes Jake his life, but he has to arrest him. However, he says he can put in a word with the DA, he won’t do more than three years.

Somehow, McCoy is also at the park. He shoots Jake from a distance. Murtaugh chases McCoy down and shoots him before he can get away. Jake is wounded but he’s able to drive. Riggs lets him get away without the gold, but it’s the last time. Molly also stays behind, this isn’t the life she wants for Ben. The big plus here is, Riggs asks if he can stop in on a regular basis and she says that would be nice. That’s a big win, the only decent person from Riggs’ past in town on a permanent basis. Although, I’m not giving up hope for Agent Palmer’s return.