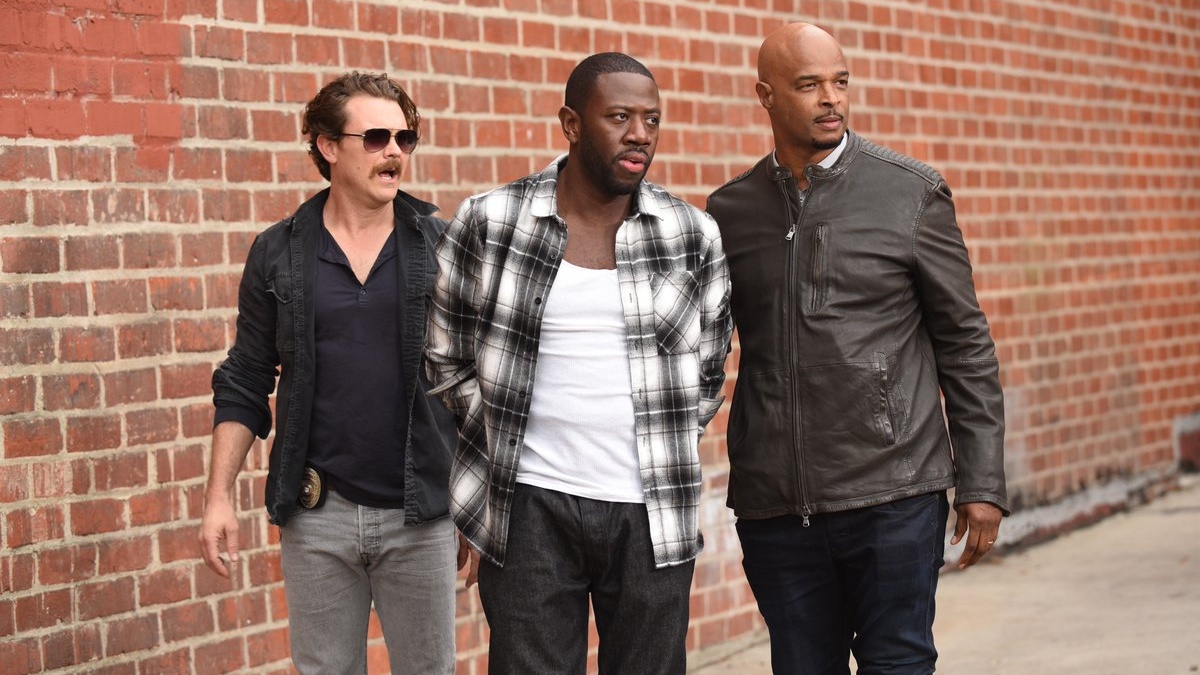 Lethal Weapon has fun with mirror characters while Murtaugh sleeps on the living room sofa and Riggs deals with losing his latest bestie in “Ruthless.” From week to week, Lethal Weapon continues to squeeze the most TV entertainment out of the absolute least amount of story possible. I’d love to see the Lethal Weapon bible next to the Road Runner’s. It isn’t a knock; Road Runner has his place and audience. Story anemia aside, we got to see Ruth again and her effect on our perennial hair trigger. War, booze, loss of wife, the addition of sinister dad; Riggs is, and always has been, broken. He will never be whole. Each split and crack in his soul carries its own special drama.

Riggs has been spending his free time with Ruthie. They play Mahjong, they both cheat, Ruthie deals out endless anecdotes of adventures with celebrities and Riggs soaks them up. He manages to stay sober while she’s around, but she receives a call that spooks her. Ruthie tells Riggs she plans to leave town by sundown. Riggs has a boot placed on her RV and hits the bottle while Bowman tracks the call that spooked her. 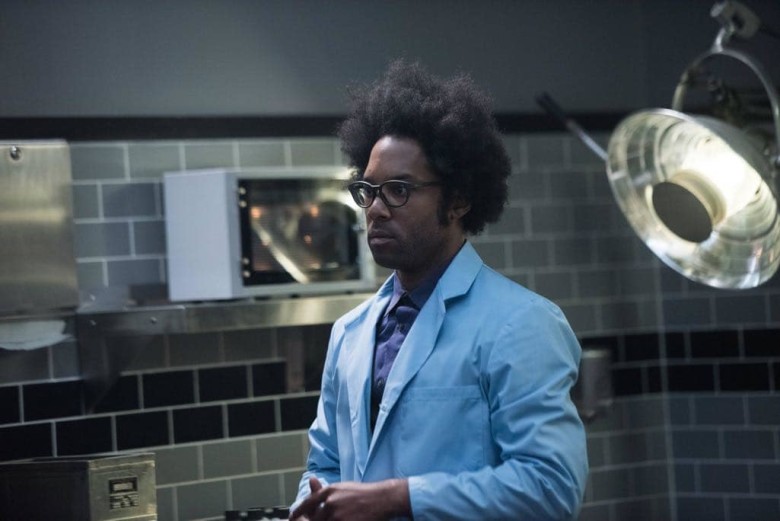 The crime happens in the middle of an LAPD community gun buyback program. A man named Booker scouts the location but plans to return later and heist the weapons. Carlo, one of his crew, wants to raid the place while they’re on site. They masks up and go in guns blazing. The crew leaves with a truckload of 400 firearms but Carlo stays behind with a bullet in his back. Murtaugh rides his motorcycle to the crime scene, it’s all part of his stand against Trish campaign, complicated by his Sun Tzu misconceptions. Witnesses tell Scorsese they saw one of Carlo’s own crew shoot him in the back. What, no honor among thieves?

Riggs and Murtaugh sleuth their way to a Crenshaw address where they find Booker hanging out with his friends. Riggs mentions Carlo was killed with a 9mm and bets Booker the rounds will match the ones in his pistol. It’s news to his friends and they don’t like it. Booker splits and Riggs gives chase. Once they are both out of sight, booker tells Riggs he’s an undercover ATF agent and he shot Carlo to save a uniformed LAPD officer. Murtaugh arrests Booker and takes him in. Undercover is one thing, even if true, he shouldn’t have stolen LAPD’s gun collection. 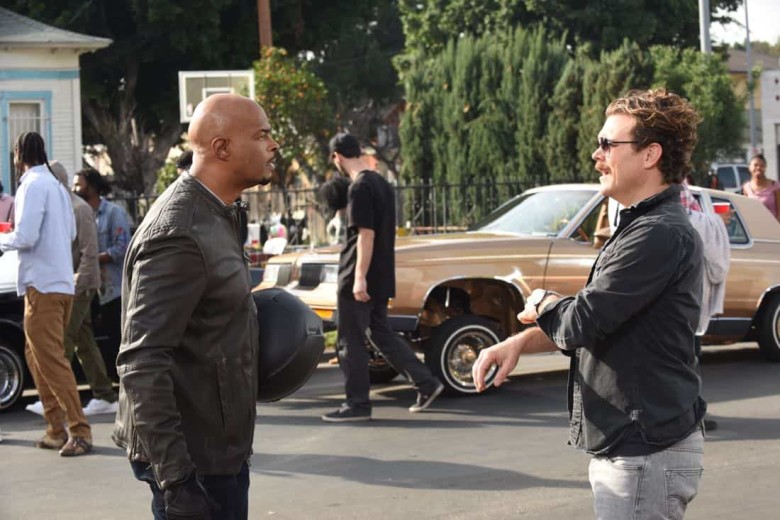 Murtaugh doesn’t believe the undercover story, he was under for two weeks as Randy Drexler and believes he has a nose for it. Enter Booker’s boss and Avery mirror character, ATF Agent in Charge, Charlie Blum. Booker’s operation wasn’t sanctioned. He’s a rogue agent on a vengeance mission against an arms dealer, Luther Strickland, who killed Booker’s partner. Avery and Blum commiserate about who has the craziest officer. Booker sounds just as rogue as Riggs. Meanwhile, Booker takes Murtaugh hostage and drags him to the elevator at gunpoint.

Riggs jumps into the elevator shaft. Crazy LAPD vs Crazy ATF and everybody’s armed, except Murtaugh. Booker gets the upper hand and Riggs chooses to save his partner versus stopping Booker from heading after Strickland. Murtaugh stakes out Booker’s storage shed. He eventually arrives but drives the truckload of guns off the property. Murtaugh follows Booker and confronts him when he stops outside a club. Again, both cops draw down on each other, which is a strange picture when Strickland opens the back door and sees them. He assumes either Booker or Murtaugh is a cop. Murtaugh introduces himself as Randy Drexler, Booker’s firearms associate. 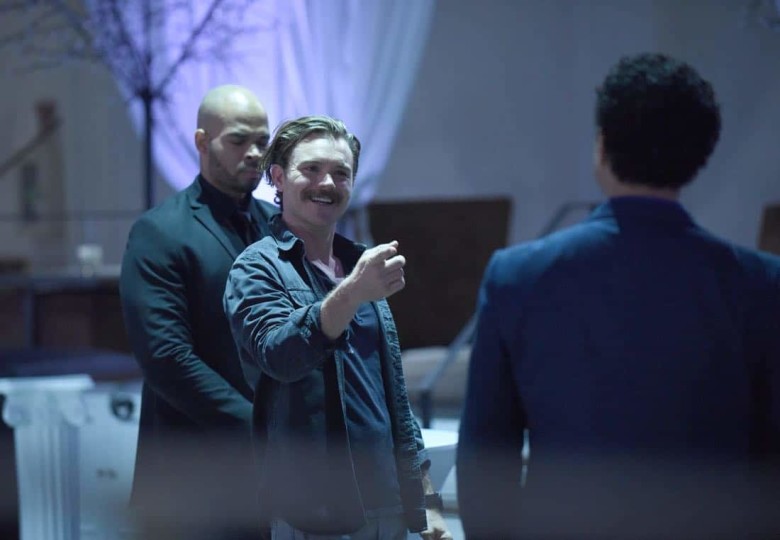 Strickland shoots Booker in the shoulder for not telling him ahead of time that he was bringing a plus-one. Murtaugh pours on his Randy Drexler persona, Booker needs to cooperate for both their sakes. Avery and Blum charge up the surveillance van to back up Riggs when he heads to Strickland’s club. Riggs tells the door hench his name is Randy Drexler, naturally, he invites him in. Now Strickland knows he has a cop in his nest. He hands Randy one (Murtaugh) a gun and tells him to shoot Randy two. Riggs has a knife in his hand but he tells Randy to pull the trigger. Nothing happens when Murtaugh fires, Strickland gave him an empty gun. Riggs knifes one of the henches, Murtaugh hits another, and there’s a brief shootout until Avery and Blum rush in.

The guns go back into safe storage and Booker leaves with his tired boss. Trish offers an olive branch but Murtaugh screws it up. This time he doesn’t even get to stay on the sofa. Ruthie removes the boot Riggs had placed on her RV tire and takes one of his for good measure. Nothing sinister, she just owes LA for 1800 parking tickets and she doesn’t like to stay in any one place for too long. Riggs will have to figure out sobriety without her. Of course, Murtaugh needs a place to crash until he makes a legitimate apology to Trish.