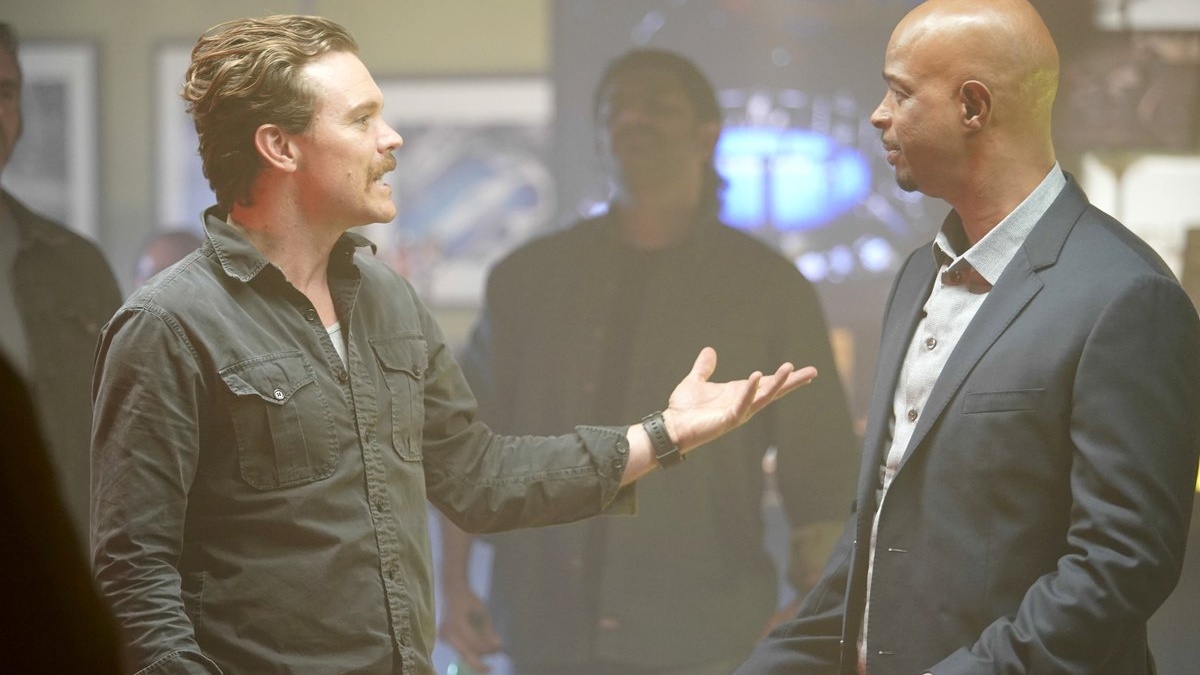 Lethal Weapon focusses on two guys who drive wedges between themselves and everyone they care about in “The Odd Couple.” This episode had a few important moments and was constructed by professionals but the narrative still feels lazy and weak. Lethal Weapon has never had to rely on clever crime stories, though they would certainly help, but the criminals are often connected to the lives of our regular characters. The stakes are compelling. If the crime isn’t solved, or the criminal isn’t stopped, something bad might happen to someone we care about. The villain tonight was a big ol’ zero in the danger/drama department. A limp villain is a suicide pill for an action cop show with the words Lethal or Weapon in the title. It’s the worst villain-stakes marriage since Skyfall. Mind you, the twist clue for the episode was five thousand pounds of missing squash.  If there isn’t a roomful of writers out there ashamed they put their screen talent through this pathetic plot; please, watch this episode you wrote. I dare you.

Let’s look at the good stuff. Murtaugh is living with Riggs since he won’t apologize or surrender his position to Trish. He makes breakfast and purchases little improvements to make the aluminum box more comfortable. Riggs can’t take the space invasion, it drives him crazier than he already is. Why? Because the episode is called “The Odd Couple,” named after the classic, soulful Neil Simon play. Let’s see, Riggs was a Navy SEAL, of course he can’t handle roommates? Hey, writers room, you can do better. There are more attempts at humor because no one else, but Scorsese, will consider taking Murtaugh in.  Meanwhile, Trish invites Avery over for breakfast to mine for updates on Murtaugh’s misery. Did real guild writers actually discuss these story points? 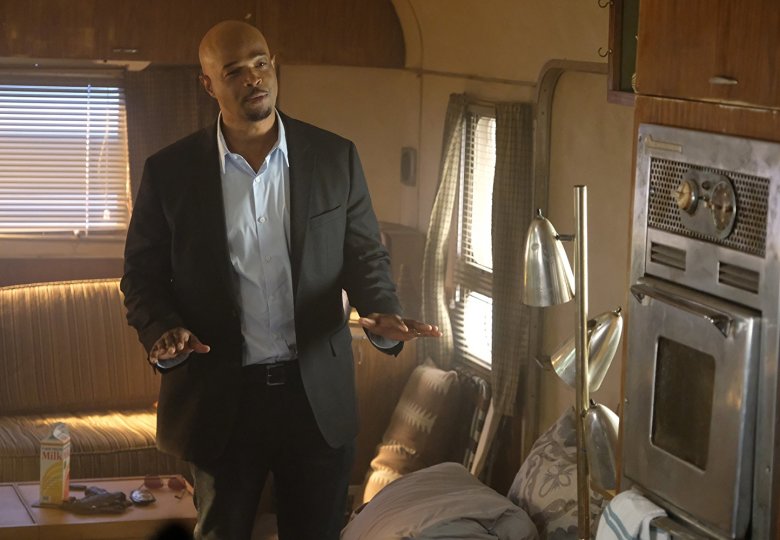 Hold on tight for the crime of the week. There is an argument inside a building contractor’s trailer. He’s living there as a cautionary tale for Murtaugh. Money is discussed, the dirty inspector wants more, Sam Higgins, the lonely contractor doesn’t want to pay. Gary Filmore leaves with a stern warning, he’ll be back soon. After the trailer door closes, a mid-fifties blonde climbs out from under Sam’s desk, he’s so powerful. Please tell me this was written by a chess robot or a chicken playing on a keyboard. Suddenly, a huge metal fork smashes through the wall and through Sam’s chest making him the luckiest person of the night, he died instantly with a gleam of hope in his eyes. Is there a literary form of gangrene, where you can smell a plot is dying and needs to be amputated for the good of the series?

Sam’s date (who was treated worse by the writers than the loser character they created) never got a look at the corrupt inspector’s face, but she did see his tassels and hear enough of the conversation to help the detectives. Riggs and Murtaugh sleuth their way over to Filmore’s current job site where they are about to demolish an older building and construct a new “Butler’s Greens and Groceries.” The twist is, this is a $200 million deal Trish has worked on for months. Her boss flew in from Dubai to push the demo button himself. Filmore runs for it when Riggs and Murtaugh show their badges, Murtaugh tackles him on the grandstand where Trish immediately apologizes to her boss. This is a terrible coincidence for a guy trying to wiggle back into his own bedroom. Filmore resists after they put him in cuffs and he falls against the button triggering the explosive instead of her boss. This blows Trish’s deal and Murtaugh’s chance of going home anytime soon. 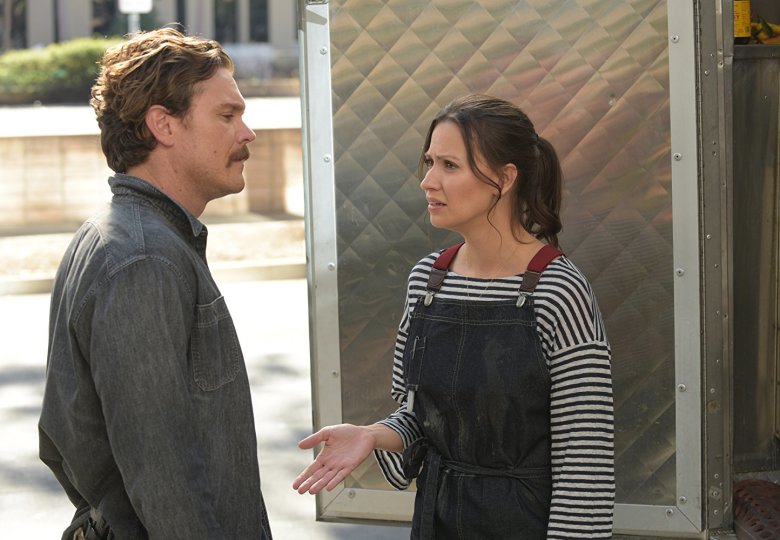 Filmore’s alibi checks out, he did not kill Sam, which explains why he ran from the cops, then resisted arrest. Riggs convinces Butler to stay for another night before heading back to Texas. He temps the billionaire with an excellent Texas type BBQ. To pull this off, he’s forced to take a painful step. Riggs goes to Molly’s new BBQ food truck for the goods. He hasn’t spoken to her since walking out on her weeks ago with no explanation. Molly is happy for the business opportunity, but not with Riggs. She lets him know he really hurt her.

Riggs and Murtaugh follow up on some threats Butler received from local competitors, the Ortega brothers. When they arrive, the Ortega’s are grinding a man’s nose against a spinning tire. These guys also resist arrest and also have solid alibis for the murder. Riggs and Murtaugh head to Murtaugh’s house where they hope Molly’s BBQ will bring Butler back to the table. Riggs attempts a lame apology to Molly but only manages to ruin a rack of ribs, then burn her chicken. He receives information that implicates Butler, but Riggs needs to sneak a look at his blue-prints. Butler sees Riggs dig through his bag and walk outside with his plans and asks Trish what he’s up to. Again, it doesn’t end well for either Murtaugh. 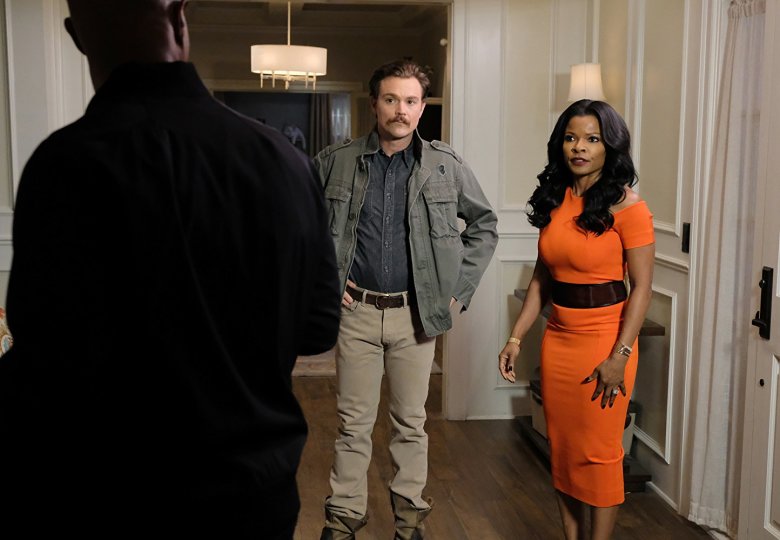 Between his weird building plans and fraudulent shipping papers with 5000 lbs. of unaccounted-for squash, Bailey figures he might be using his stores as drug lab fronts. Murtaugh calls Trish the next day and she informs him she’s headed for his plane for one last chance to hold the deal together. While she’s at the airport, she overhears Butler talk to his hench about setting up Sam’s murder. Then, he catches her listening. Trish talks her way out of getting on the plane, but Riggs and Murtaugh sneak aboard as it taxis down the runway. To be clear, this criminal was simply flying back to Texas.

There’s a pretty cool, however ridiculous and unimaginative, skydive stunt from the plane. Trish and Murtaugh make up. Riggs tells Molly why he walked out on her and confesses he wants to be more than friends. The episode deserves more boos than one person can give. At its best, it barely moved the needle. The rest of the time it was plain insulting.