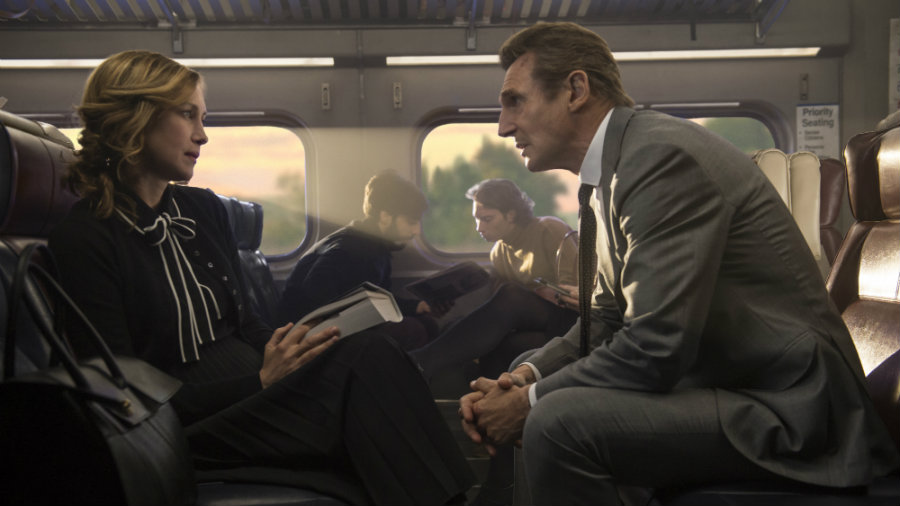 Spanish filmmaker Jaume Collet-Serra has effectively established himself as a director for action-packed thrillers, three of them with Liam Neeson — Unknown, Non-Stop and Run All NIght — plus also last year’s shark thriller The Shallows starring Blake Lively.

Collet-Serra and Neeson are teaming a fourth time for the upcoming action-thriller The Commuter, which will be released by Lionsgate on Jan. 12, 2018. Lionsgate has released the first trailer, which you can watch below.

The high concept thriller has Neeson plays Michael, an insurance salesman on a train who is propositioned by a mysterious stranger, played by Vera Farmiga (reuniting with Collet-Serra after their earlier film Orphan). She wants him to find and kill someone on the train for $75,000, but it’s not a request to take lightly, as Michael has a set amount of time to comply before the train arrives at its last stop.