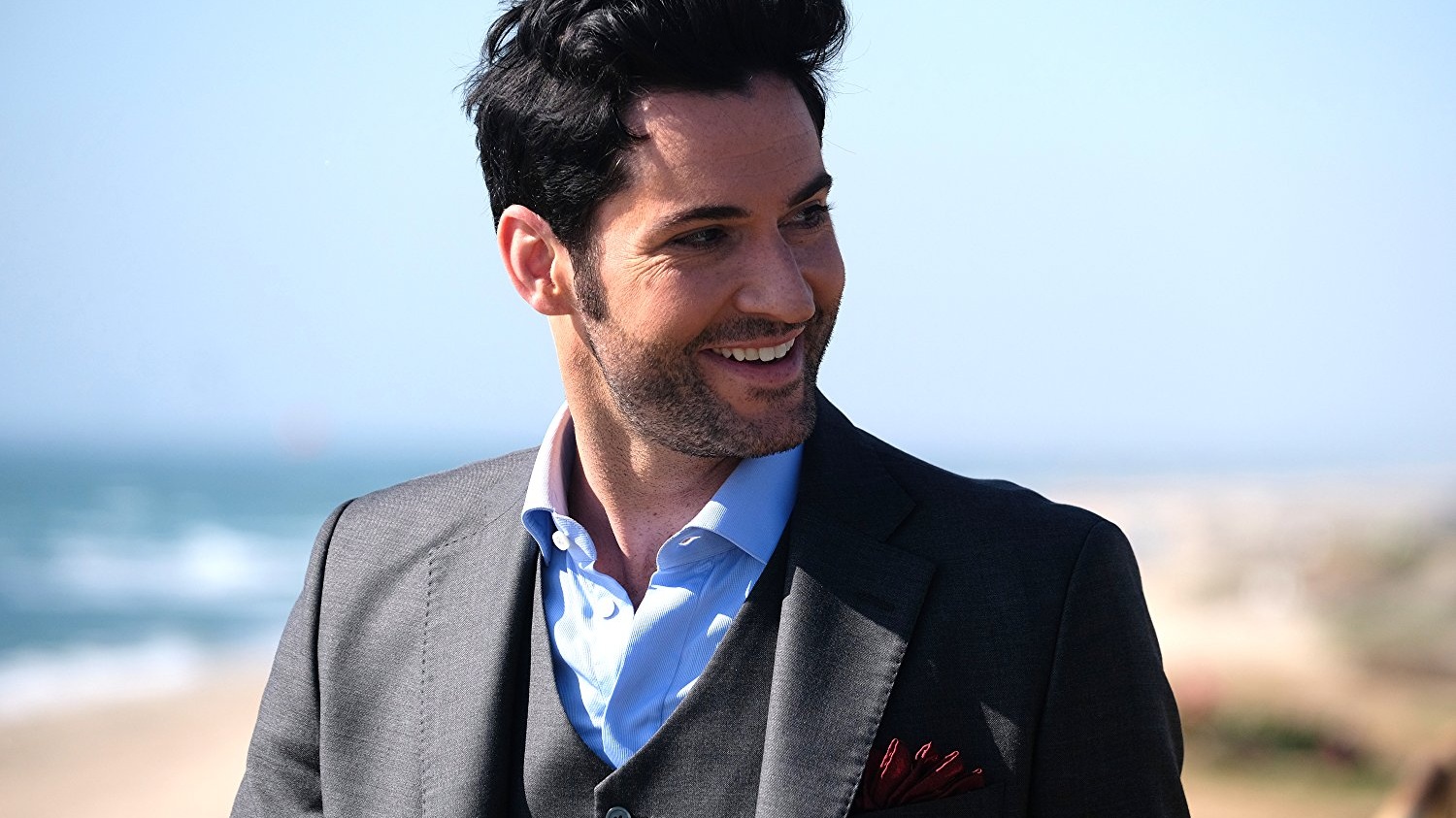 Lucifer clears the bench and takes another step forward in “All About Her.” This was another entertaining team effort and moved the story forward a bit. Directed by Tara Nicole Weyr who also gave us a series favorite action one-off, “Mr. and Mrs. Mazikeen Smith,” all our favorites were on screen, some less than others, but many strong scenes to go around. Let’s look at two of the Lucifer bench assassins at work.

Maze only has a few scenes and, at first glance, they appear a little light. Keep your eye on the blade. She’s been practicing her knife throwing indoors, which would upset any parent, but she’s quick to call Chloe on her anger. Is she really mad at Maze, or some other issue, like Lucifer? Of course, Chloe’s hurt by Lucifer’s selfish nature and lack of measurable change. Next, we see Maze present Doc Martin with a fancy knife in appreciation for ending her intimate relationship with Amenadiel. Finally, she has a great wrap scene with her knife.

D.B. Woodside continues to prove he can switch Amenadiel’s lane from drama to comedy without hitting any bumps. This week, his GP diagnosis the angel with chlamydia and advises him to call all his recent partners, not just the prostitute. Amenadiel is still new to the human intimacy game and he has bigger worries, universal concerns, like when is it time to take the next step in a loving relationship. Making the chlamydia calls aren’t nearly as close to his heart, but he makes the list and dials the numbers. He pulls this short sequence with a tone seldom witnessed on the screen; standing on one leg of drama and anther with comedy, he tops the sequence with a sense of dignity. 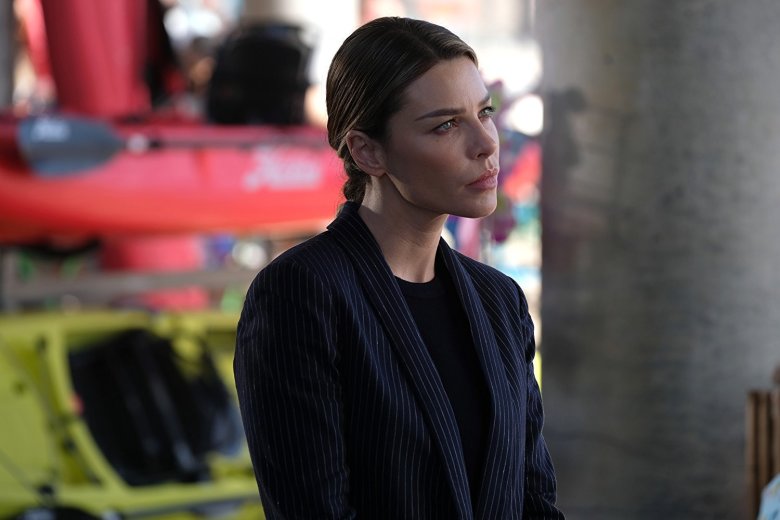 Amenadiel meets with Doc Martin at a café. He wants to stop hiding their relationship, move forward, walk in the open. Doc Martin wants to break up, she cares for him but she also cares about her friendship with Maze. They share a romantic goodbye kiss but across the café at the sidewalk table, Maze stews with her trusty blade. The sequence ends hot and dark at the same time. A testiment to the power Lesley-Ann Brandt can deliver with just a few frames.

The next biggest narrative piece surrounded Lt. Marcus Pierce/Cain, his mistreatment of Evil Ella, his transfer to parts unknown, and his divine role in the comedy of Lucifer’s life. Ella starts off the episode in a funk. The last time Pierce spoke to her, he told her she talks too much. Charlotte suggests she stand up for herself, Ella tries, but it isn’t really her style. When she confronts Pierce about his outburst, he apologizes and agrees, the problem was with him, not with her. They hug it out, they both needed it. Evil Ella and Cain could make an intriguing couple. 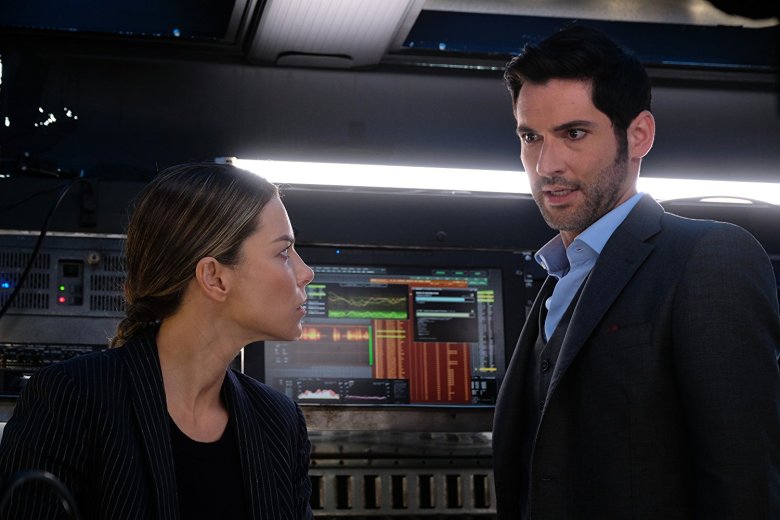 Lucifer is convinced Cain was sent by his father to disrupt his life on Earth. Cain fails to convince Lucifer he has nothing to do with the celestial father until he demands Lucifer desire mine his soul. Cain’s been around way too long, he just wants to die like everyone else. This could be some sort of veiled celestial anti-death penalty message, but it is way more savage to sentence the first murderer to an eternity of pain. Cain cannot die, but he feels and hurts like everyone else. The only difference between Cain and other humans, he heals better, and slightly faster.

Cain has been tracking celestials and their activity on Earth, always looking for a way out. He transferred to LA when he heard Detective Decker shot Lucifer and made him bleed. Cain was hoping she would have a similar effect on him, but it didn’t work. He pulled some strings and arranged a speedy transfer to some new destination. However, Lucifer stops him, the celestial father is a common enemy, why not team up against him? Lucifer promises Cain, he’ll find a way to kill him. Maybe they’ll call up some other Gaiman characters to assist? 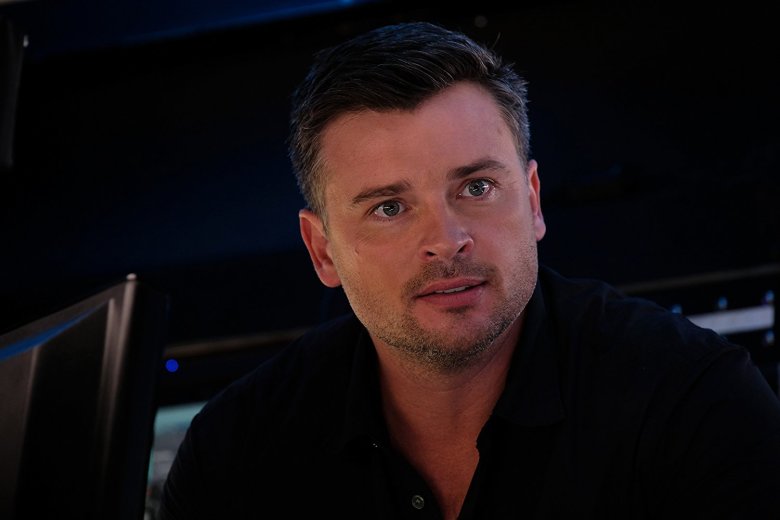 The victim of the week is a popular surfer, Manny “Moondog” Taylor. He washes onto shore with a blunt force wound to his head but died by strangulation from a surf leash. The initial evidence points to a rival surfer, Dangerous Doug, who had a recent fight with Moondog. Dangerous has a solid alibi, he’s only guilty of killing a seal while surfing. However, Dan sleuths another suspect set. There is an aggressive and violent surf gang, The Orcas, led by a brutal wave fascist, Wild Child. Dan goes undercover to push The Orcas with his obnoxious surf antics.

Dan’s plan works and Wild Child punches him good, but she’s genuinely shocked to hear about Moondog’s murder. The final suspect and actual perp is the beach house resident that’s been trying to run surfers off “her beach” all year. She killed Moondog and framed The Orcas to scare all surfers away from spoiling her living room view of the peaceful ocean. Lucifer is often best when they treat the crime story like this one, light and fast. The tough call of the night goes to Doc Martin who chose sisters over misters. Biggest narrative fake out was leading me to think, and dread, Pierce would just ride off the show.