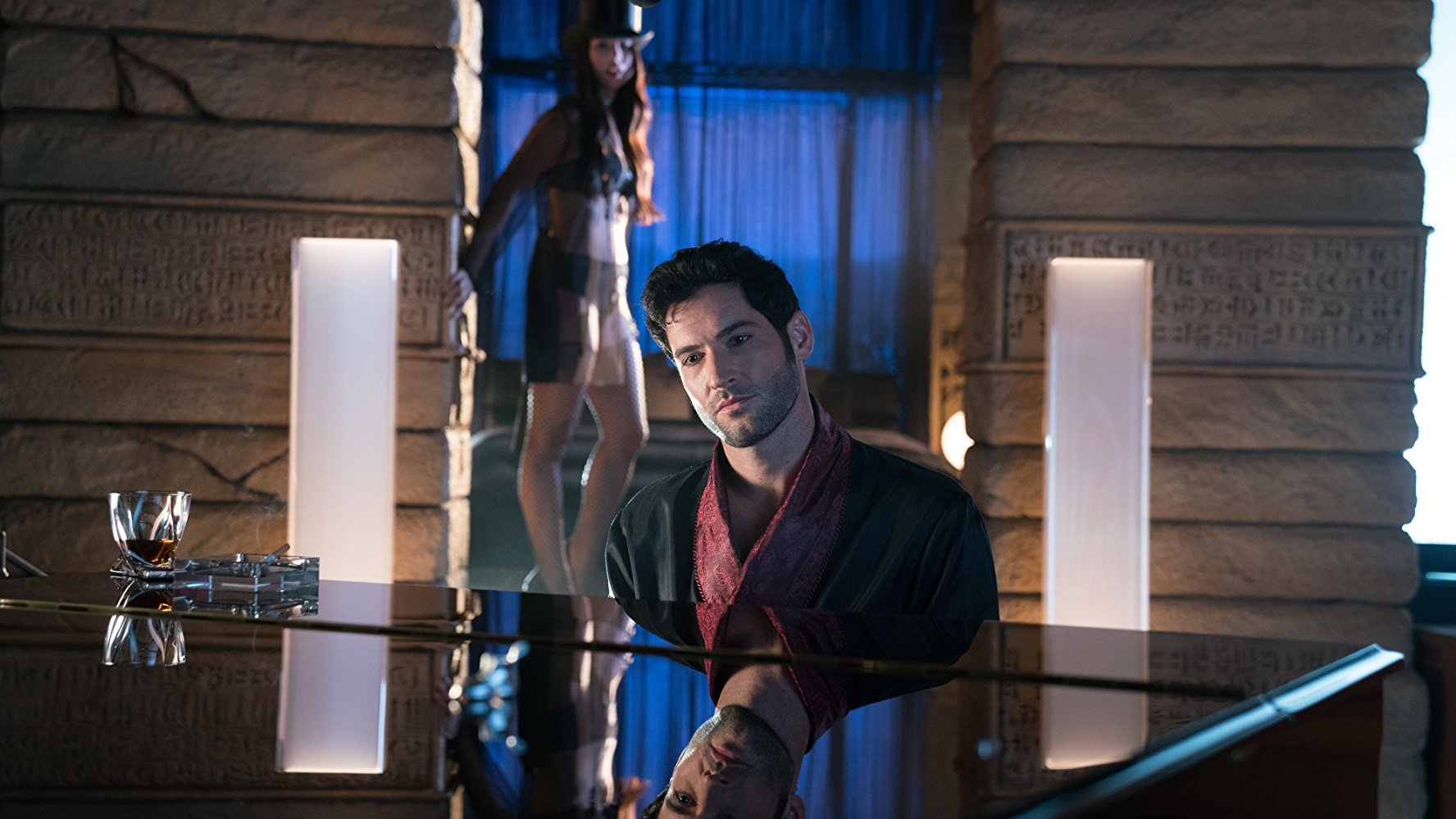 Lucifer gets back on track with an entertaining episode when “Chloe Does Lucifer.” We can forget last week happened for the most part, it served practically zero significance to any ongoing story. The exception may be Doc Martin. She lost her creepy ex and this week she goes through the drama of throwing his memorial. Lucifer finds Amendiel waiting for him at his apartment during a faux Lux party attended by no one after a night of playing Monopoly with Chloe and Trixie. Amenadiel appreciates Lucifer’s waltz with the mundane but Lucifer fears things he considers boring. He mentions Doc Martin’s death in the family, Amenadiel goes to see if she needs anything.

Martin admits the memorial is only to cover the fact she can’t stop thinking about herself and what she went through with Charlotte. Martin misses the days when she wondered about life after death, she wishes she never met the divine family. Amenadiel assures her there is plenty to still wonder about. He didn’t know as much as an angel as he thought he did, she must still have many questions too. This is a great little sequence from the character bench and I hope Lucifer explores more ideas like it. Creepy Reese is dead, who cares? The Divine family’s shrink struggling with her own belief system is much more interesting. 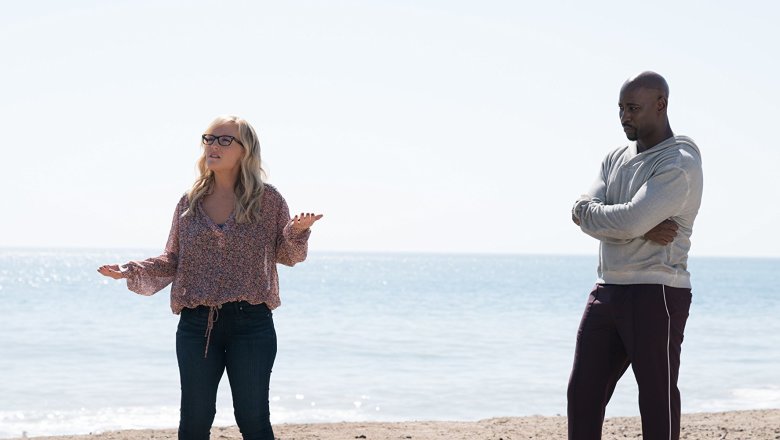 The victim of the week is 29-year-old computer programmer Kim Jones. Bludgeoned to death with a small, blunt object in her style deficient home. Lucifer doesn’t understand who would kill such a boring person, Kim couldn’t have been on anyone’s social radar. Her roommate, Esther, is another story. They find her taking selfies at the crime scene. Esther claims she didn’t know much about Kim, their circles never crossed. She remembers Kim having an argument the night before she found her dead.

The last call she made was to Top Meet. A company that interviews clients for their selective dating app, Top Meet. Mack Slater, the handsome CEO, introduces himself. He says Chloe is exactly the kind of client they accept at Top Meet. Lucifer sees a lot of himself in Mack, charm and confidence. Mack claims Kim was angry about being rejected by Top Meet and even hacked into their system. Lucifer believes Mack, the popular are always under attack from the envious. Chloe asks to see their client profiles but Mack promises to protect his celebrity clientele until Chloe produces a warrant. 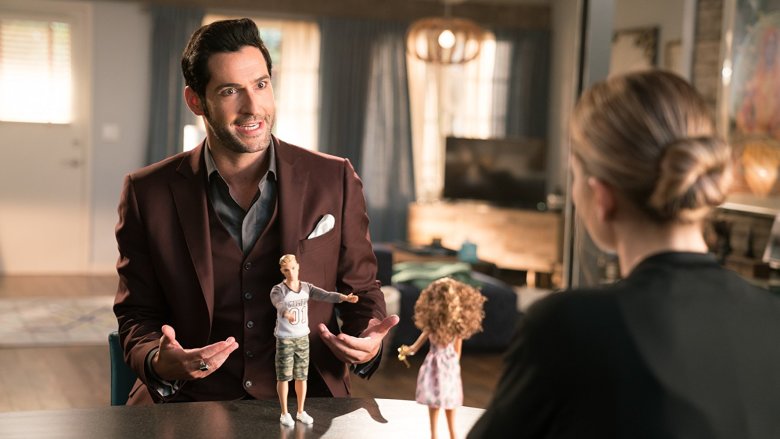 Ella finds Kim’s profile on Top Meet and discovers a date thread from an interested party. They don’t know his name, but they know he’ll be at a Top Meet mixer later that evening. Lucifer knows he can swim with that crowd, but their target is a hetero man. Again, Lucifer says that’s never been a problem for him. Chloe insists on going in but first, Lucifer coaches her social game, the Lucinda inside of Chloe, if that’s possible. This is the kind of sequence Lucifer does well. Connected by theme and executed by the core team, it’s fun, informative, and we know at some point, doomed to fail.

Chloe arrives at the mixer as Lucinda while Lucifer and Dan monitor via ear transmitter and surveillance van. Chloe takes a couple of disastrous, and hilarious, swings as the desperate, giggly Lucinda. The first few guys retreat quickly. Chloe drops her earpiece and façade. It doesn’t take her long to meet Benji, another hopeful. When Lucifer storms in to check on Chloe and mentions her mic and their van, Benji runs off too. Dan stops Benji as he bolts across the parking lot. He’s a celebrity DJ, he thought Chloe and Lucifer were undercover paparazzi. 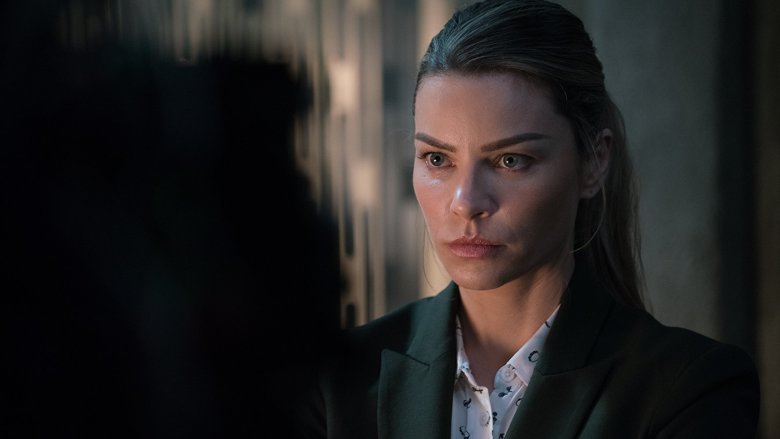 Benji confesses to dating Kim, he liked her a lot. Originally, Benji dated Esther, but found her shallow and narcissistic. He tells Chloe, Esther was home the night he dropped Kim off after their date. Lucifer and Chloe question Esther a second time and she confesses her whole media profile is a sham. Still, she had nothing to do with Kim’s murder, but Lucifer is upset by her deception.

Ella and Charlotte play out their own bench sequence. Charlotte wants to know what darkness Ella sees in her but also wants to evolve. She deceives Chloe by saying she signed up for a forensics shadow program, for mentorship. Ella doesn’t want to do it, but outright refuses when she discovers Charlotte’s deception. Charlotte really wants to do good but has no idea how. The transformation from aggressive opportunist to selfless crusader would be near impossible for anyone. Charlotte steals a contract between Mack and Kim and offers it as a helpful measure. 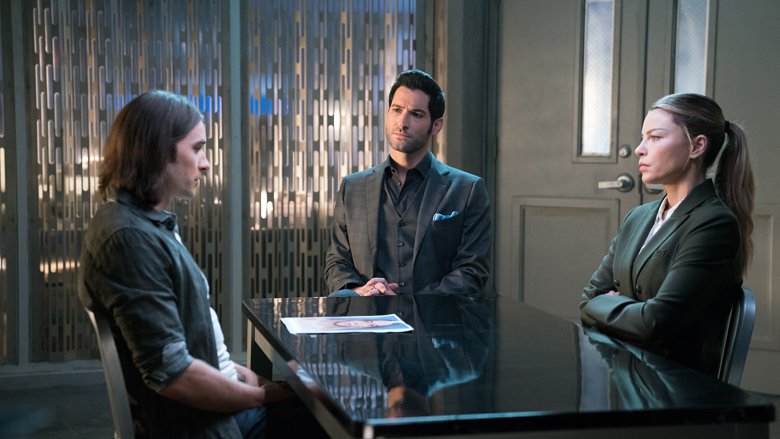 Team Lucifer discovers Mack lied about knowing Kim. Kim Jones developed the Top Meet app and hired Mack to be the social face of the company. He used his position to get rich, but didn’t agree with changes she wanted to make, open the app up to more people. Lucifer and Chloe confront Mack and find the murder dumbbell in his fireplace. Mack pulls a gun on them, but Lucifer distracts him by tossing a sculpture of Mack’s head at him. Mack drops his gun to catch the thing and Chloe arrests him.

Lucifer realizes he was mistaken about the people he saw as closest to his image. The real doers are people like Chloe, Dan, and Kim. Ella gives Charlotte credit for helping put a murderer in jail, Mack is exactly the kind of man she used to represent. Charlotte tells Ella, in the pursuit of changing her way, she joined the DA’s office and excepted their unacceptable salary. I love the way they brought Charlotte back in this Bournesque attorney role. A DA willing to color outside the lines is perfect for Dan and fits right in with Lucifer’s strongest storytelling. Now, when do we learn about Ella’s hidden teeth, tail, or horns?