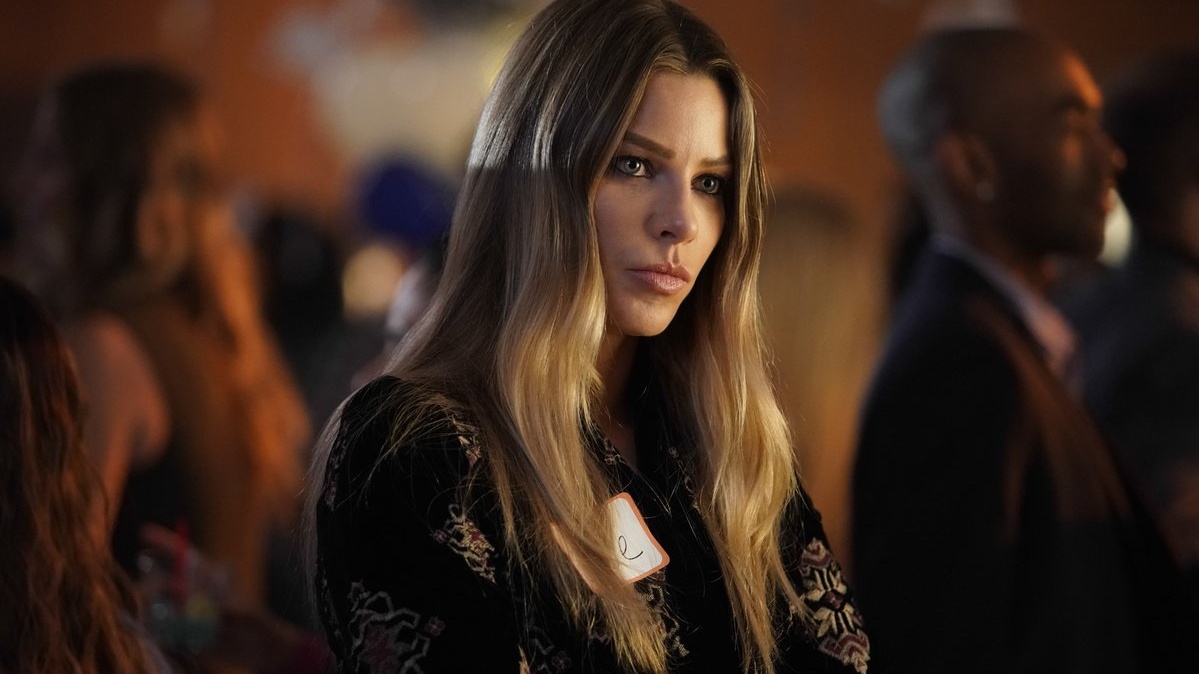 Lucifer continues his quest to break the Cain curse in “High School Poppycock.” Lucifer has disturbing nightmares about hurting Chloe with his wings, which he can’t control. He talks to Doc Martin about breaking his drought of creativity so he can free himself of his father’s plan. Lucifer hasn’t thought of any ideas to kill Pierce that Pierce hasn’t already tried himself. He believes breaking the curse will also break his father’s control over him. This is the goal for the back half of season three, the first half was all over the place. “High School Poppycock” is all about writer’s block. It doesn’t just sound weak, two other characters, Chloe and Ella, don’t get it much less understand it. Chloe has good advice, Dan has great advice, but Lucifer just doesn’t work the problem.

The love plot is sticky and painful, in a good way. Doc Martin and Amenadiel enjoy a loving relationship, but they continue to keep it secret from Maze. They don’t know that she already knows. Doc Martin isn’t returning her calls because she doesn’t want to face the issue and she doesn’t tell Maze because she’s afraid of her. This is a sensible and universal conundrum. Doc Martin does want to know her friend is okay and asks Amenadiel to check up on her. Maze hides out with young Trixie who repeats her mom’s advice; sometimes people need a little help telling the truth. Maze understands that, moving people towards truth pops up in her work from time to time. I always look forward to plot through Maze’s lens, it’s one of the things Lucifer does well. Chloe mentions it in this show. 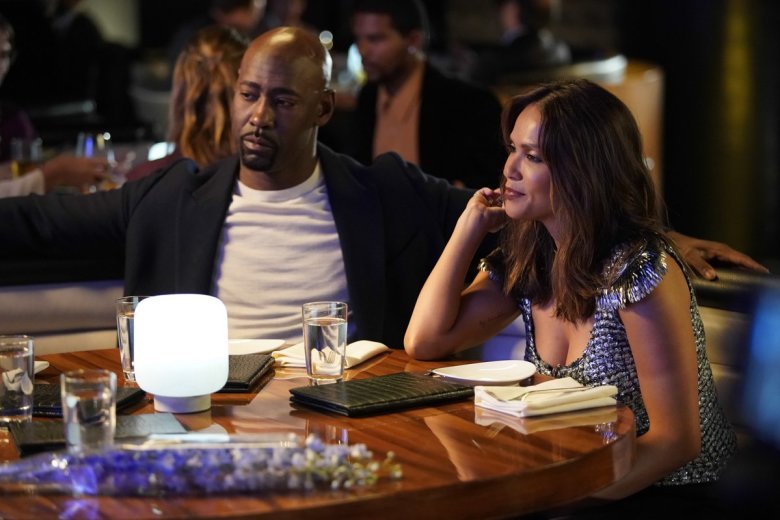 Lucifer asks Chloe how she deals with idea block. She says she never gets it, cases always offer different angles (lenses) to view the evidence or motives. Dan advises improve techniques like “yes, and…” Neither of these totally legit methods stir any creative solutions for Lucifer. Maybe the victim of the week can help. Kathleen Pike was a successful YA author three books into her sci-fi series, “Class of 3001.” Pike was found next to a grungy pool of melted ice-cream and the vintage typewriter (insert metaphor here) that crushed her skull. Her loyal but  anxious editor, Vincent Green, found her body when he arrived to pick up the long awaited manuscript for the final “Class of 3001” novel. Green tells Lucifer, Pike also suffered from writer’s block, it took her more than five years to crack the final book. When Lucifer asks how she broke through, Green says he doesn’t know, but Pike told him she wrote about it in the afterword.

Lucifer is desperate to read her cure for block, but the manuscript is missing and she never kept digital copies. Green suspects maybe a crazed fan went too far when he tweeted about the exciting final novel. Ella discovers Pike did have a nasty text exchange with a critical fan called “Ashley 3001Fan.” Lucifer reads the first three books to get context, but he finds the series boring, too PG. Chloe doesn’t have a frame of reference, as a child actor, she didn’t get the same (care free) High School experience as other kids. She never attended a prom and feels she probably missed out on many things. 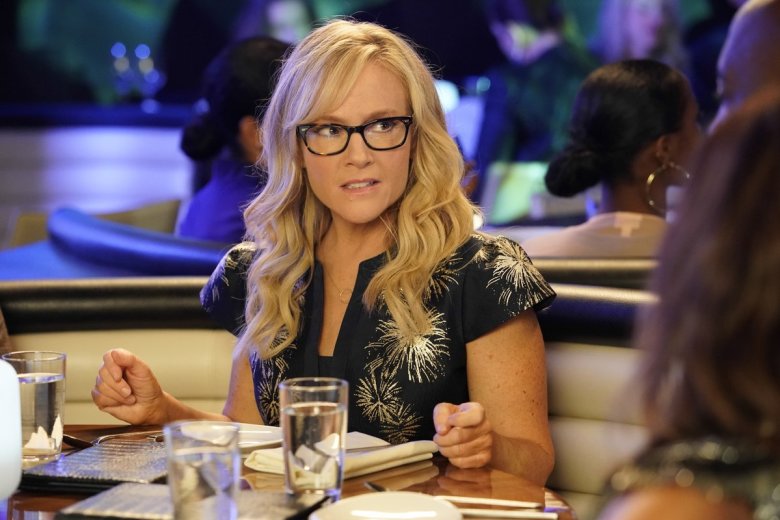 They track “Ashley’s handle to a fancy ice-cream place called “Scoop Science.” Note to LA “Scoop Science” type owners (you know who you are): Knock it off, you’re not improving anything. It isn’t fun and it’s hard to explain to out-of-towners why we have stupid themed ice-cream joints in plain view of people suffering in tent communities. Lucifer expects to find a teen female but Ashley turns out to be an adult male. In an interesting twist, Ashley apologized to Pike after she fired back at his insults and agreed to read some of his fan fiction. She liked it so much, she asked him if he wanted to help with her manuscript. Pike enjoyed the contribution of ideas, but went a different direction from his proposed ending. Still, she gave him credit for inspiring her concept.

Pike returned to the initial series inspiration for the climax, based on her own experience in a local High School. All the characters inspired by students are returning for a reunion the next evening. Only one student, Todd Cornwell, has zero social media profile, no one knows what he looks like. The plan is to send Lucifer in as Cornwell with Chloe as a plus one while Maze distracts the real Cornwell. Maze has a great plan too, convince Doc Martin to meet Cornwell for a blind date while Maze doubles with Amenadiel. 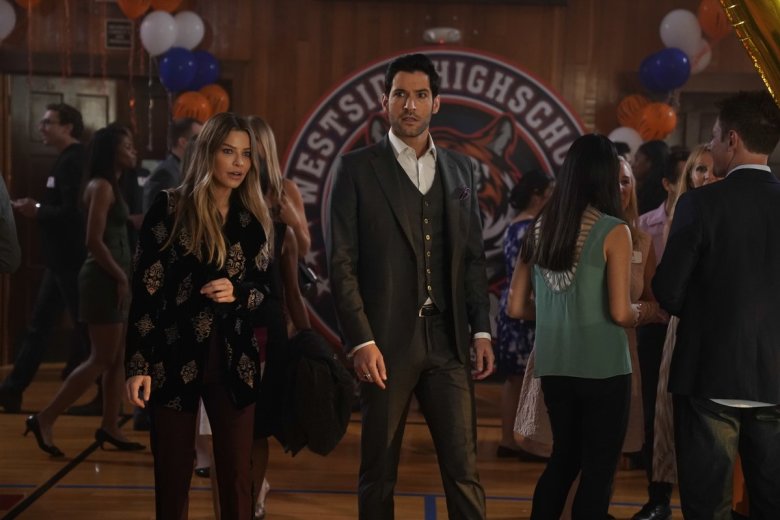 Maze makes the date as awkward as possible and Doc Martin figures out Maze knows about her dating Amenadiel. The hurt feelings run the table. Three people who all care about each other and it still blew up. Lucifer narrows the suspect field to Cornwell and Chloe drops in to make the arrest at the end of the weirdest date ever. Cornwell was with Pike the night she died, but he claims he didn’t kill her. Pike confessed she modelled the hero of the final book after Cornwell which turned out to have a peaceful, beautiful ending. Not the ending Green promised the series fans.

Chloe and Lucifer set a trap for Green at “Scoop Science.” They arrest him and he confesses, but he doesn’t remember any of the afterword. No block cure for Lucifer. Once again, it’s Chloe that offers Lucifer a little light. Chloe advises moving forward, “you can’t undo the past.” Then again, maybe Lucifer can undo the past. If Cain never kills his brother, no curse, Lucifer wins. What could possibly go wrong?