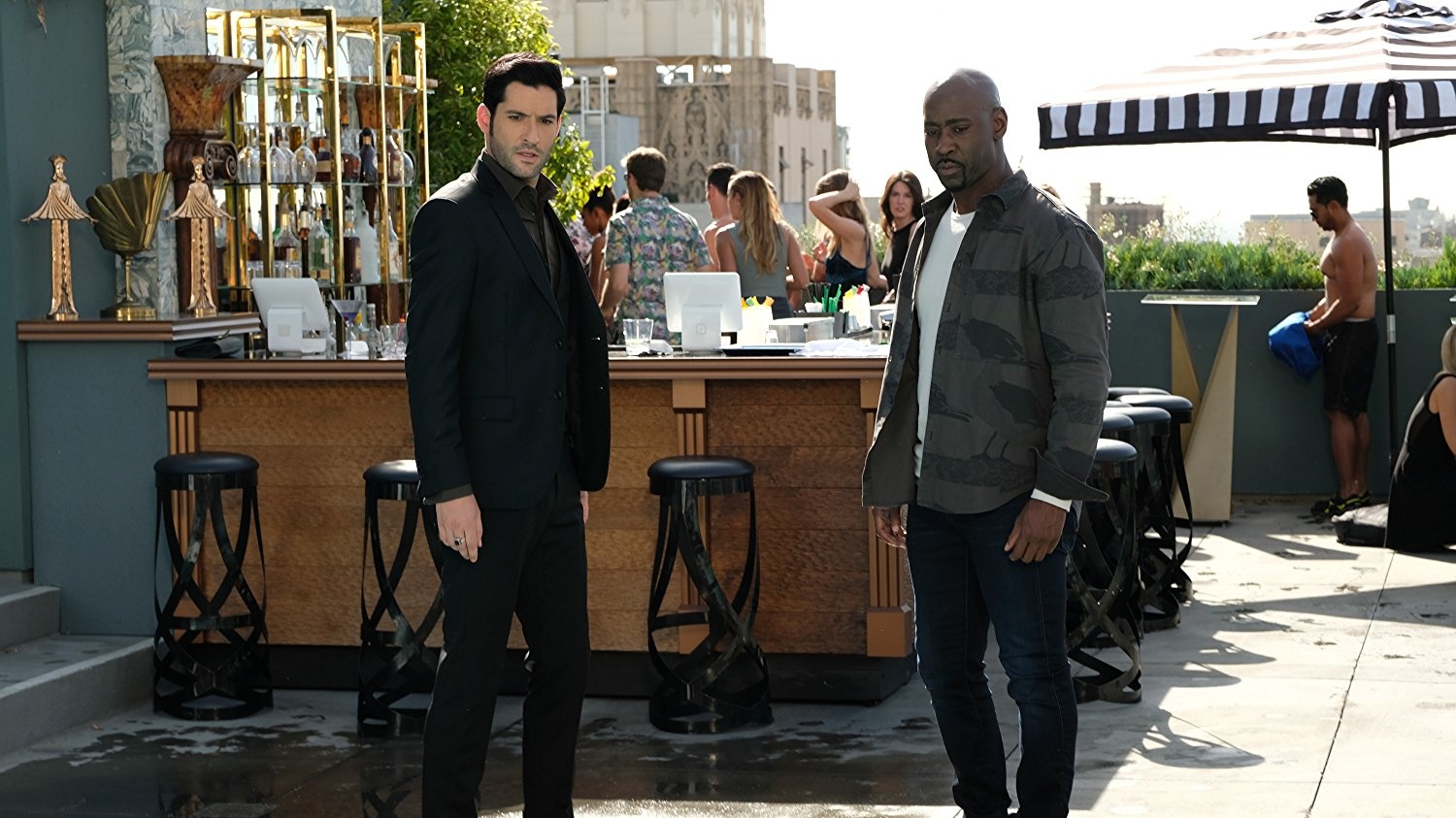 Lucifer hatches his plan to use Abel to break Pierce’s curse in “Infernal Guinea Pig.” Last week Lucifer got the idea of turning back time to give Pierce a chance to not kill Abel. I was curious to see how this would shake and pleased with the simplicity of the answer. The key piece of information is that’s Abel’s soul is in hell. We learn from Maze he was the first soul to enroll in Hell, he was the “Infernal Guinea Pig.” Maze had tortured him several times and she says all demons torture him as their first soul; the training soul. That tells us Abel was no bowl of cherries. A juicy little sidebar.

Lucifer plans to flap down to Hell, check Abel’s soul out for a little vaycay in LA, and give Peirce a chance to change the narrative behind his curse. If Abel’s alive, Cain isn’t guilty of murder. Pierce actually has confidence it might work, all they need is a fresh body to upload Abel’s soul. Chloe enters with news of an explosion at an office building with a couple of promising casualties. Pierce sends Chloe to the crime scene with Dan, but he takes Lucifer with him to the hospital to find a suitable body for his brother. This sets Chloe on an uncharacteristic path of partner envy. She trained Lucifer, tolerated all his crap, now some Lt. swoops in and partner’s up. Where is Lucifer’s loyalty? Again, this slightly supports the Cain/Abel story, but it doesn’t seem natural for Chloe. 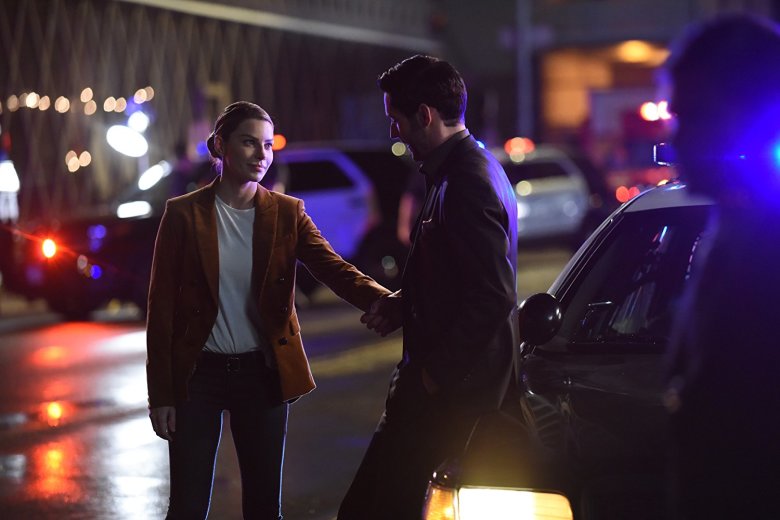 A package arrives at the office of movie producer Alexa Lee, it explodes when her assistant opens it. Her assistant, Bree Garland survives, but isn’t supposed to live long. Alexa Lee doesn’t know of any specific haters that might try to kill her, but she does get stacks of hate mail. Dan helps Chloe sort through the mail and discovers a specific threat from a man named Liam Wade, he runs a doomsday site called “The Z Prophesy.” One of Lee’s movies, “The Plunge,” distorted his idea of a planetary crisis.

Two bodies at the hospital are ripe for new souls, Bree, the young female assistant, and a 97-year-old man are both close to death. Neither Pierce nor Lucifer want to deal with Abel for another 75 years, they choose the old dude’s chassis. Lucifer drops into Hell for the soul but Bree flat-lines on his way up and she ends up with Abel’s soul after all. Worse, she walks out of the hospital while Lucifer and Pierce work out what went wrong. Abel doesn’t know he’s strutting around in a young woman’s body and he does not know he’s on Earth. This probably seems like just another torture for him. 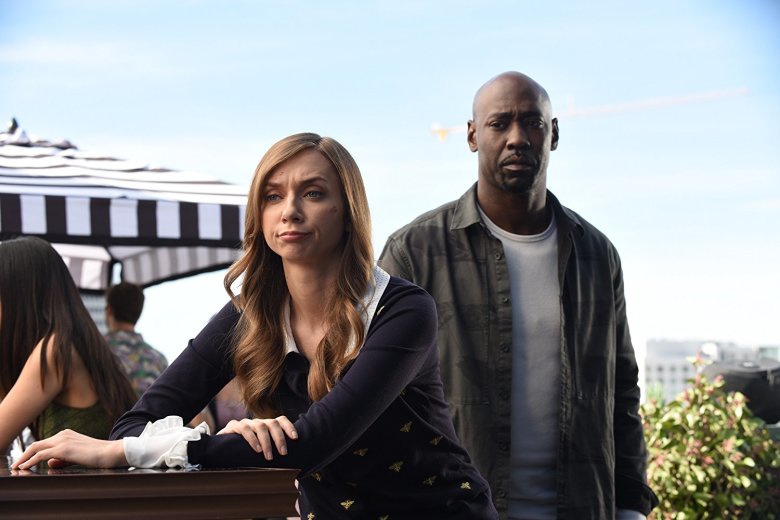 This episode revisits the idea of Hell being and endless loop of a terrible day. For Abel, he always gets close to something he wants, which is bad, he’s the original hedonist A-hole. Then, Caine/Pierce party poops in and kills him. Charlotte is also tormented by post-Hell loop trauma. These scenes with Tricia Helfer and Lauren Lapkus or Rachael Harris are fantastic. No special effects, it’s all on Helfer’s expression and posture. She tells all there is to tell about anguish, shame, and loss.

Liam Wade turns out harmless but he does point Chloe and Dan at Big Agra, Big Frack, Carnies, and the Bolivians. Chloe sleuths a connection to the Bolivians and a friend of hers with access to Federal toys tips her that a Bolivian contract killer flew into LA that morning. Yikes, right? Meanwhile, Bree (driven by Abel) hounds and follows a group of beautiful women to a swanky rooftop pool bar. Amenadiel is the first celestial to catch up to Abel, but he wants to help him get back to Hell before Lucifer can use him to mess with father’s plan. He slides a gun across the table to Bree/Abel who still thinks he’s in Hell in his millennia old loop.

Lucifer and Pierce arrive just moments after the hitman. Bree sees him headed her way and uses Amenadiel’s gun to shoot him dead; splash on the roof top bar. Again, she gives them all the slip. At this point I’m excited about this character. Abel in a young woman’s body dodging LA trolls is its own hook. He brings fresh nasty and chaos to the scene, something we haven’t seen since Lucifer’s mother tore up the show. 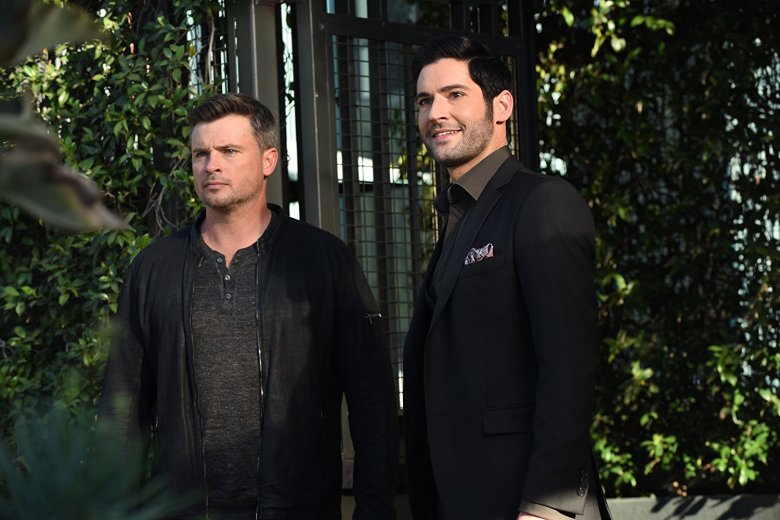 Bree catches up to Pierce at Lux and shoots him, but he doesn’t stay dead, which was his hope. With that question answered, he has her go to LAPD so Chloe can question her proper. Bree doesn’t remember anything useful, but Chloe takes her back to Alexa Lee’s place to put her finger on the biometric lock which opens Alexa’s file cabinet. Chloe suspects Alexa is the murderer just as Bree places her finger on the scanner. A bomb is clearly visible in the cabinet. Chloe calls for the bomb squad but Pierce says he can walk her through the dismantle process long before they arrive. Lucifer is afraid she might get hurt and refuses to leave her side.

Chloe disarms the bomb and LAPD arrests Alexa. Lucifer breaks his promise to Pierce, he feels like they both put Chloe in unnecessary danger for their own selfish motives. Pierce and Bree/Abel kind of make-up and almost shake hands, then Bree steps into the street and gets crushed by a speeding ambulance. Pierce still bares the mark of Cain, Lucifer’s plan scored a donut. Amenadiel and Maze almost make-up but they end up fighting instead. She warns him to keep clear of Lucifer’s business. She feels betrayed by him and Doc Martin. It’s not fair but Maze isn’t human and she’ll doing alright for a demon. This was the kind of episode Lucifer does best; filled with human themes, irony, and humor.