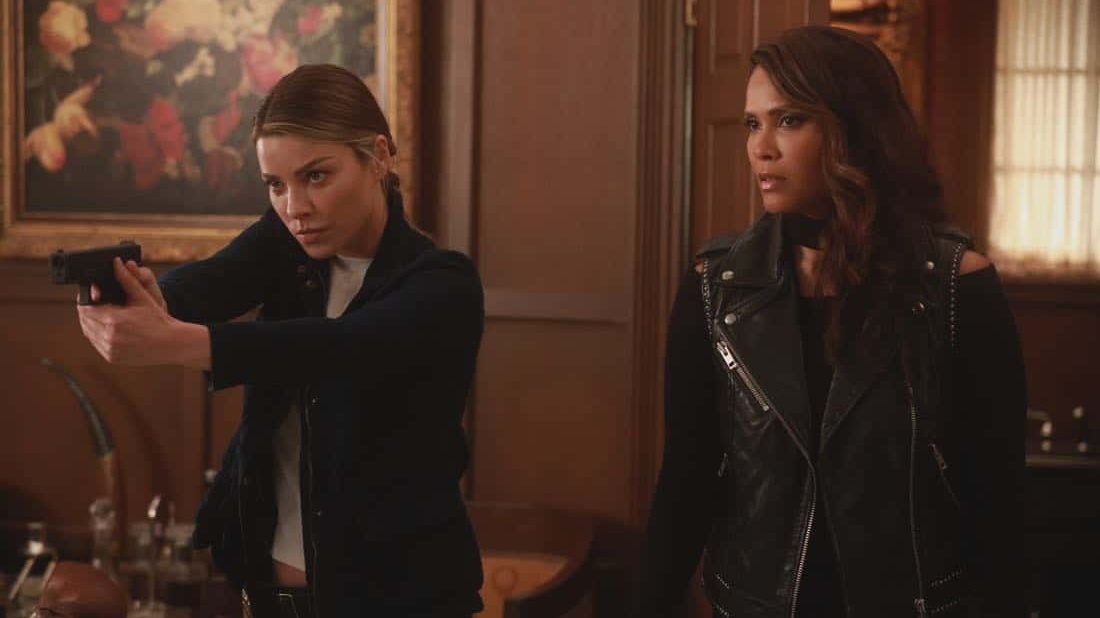 Lucifer looks at family faith, friction, and forgiveness in “My Brother’s Keeper.” This episode delivered all our favorite characters but spread the drama too thin across a story the pivots the narrative slightly and doesn’t advance it at all. We’ll start with the pivot which was also the most entertaining sequence of the night.

All of Lucifer’s motion picture research fails to inspire a decent idea for killing Pierce. He asks to inspect Pierce’s mark (of Cain) and sees the tattoo is missing. Pierce explains he has to have it reapplied on a regular basis as his body continues to heal itself. Question: Can Pierce’s blood be used to heal others? He gets frustrated with Lucifer’s lack of progress; this mission isn’t in his wheelhouse. Lucifer agrees, Cain and his mark are something Amenadiel might know something about. Lucifer gripes about Amenadiel being father’s favorite and gives Pierce an idea.

Pierce meets Amenadiel at Lux and confronts him about the mark. Amenadiel confesses he gave Pierce the mark under father’s orders but doesn’t know how to remove it. Even if he had an idea about removal, Amenadiel won’t subvert his father’s punishment for a man who murdered his brother. Pierce and Amenadiel end up having a huge fight and destroying the Lux interior. The champion angel on one side against an immortal that’s been perfecting physical battle for centuries. In the end, Amenadiel owns his hypocrisy, but he still won’t help Pierce. Lucifer confronts Amenadiel again for help, but this time Amenadiel promises to oppose any effort Lucifer and Pierce make to interfere with father’s plan. 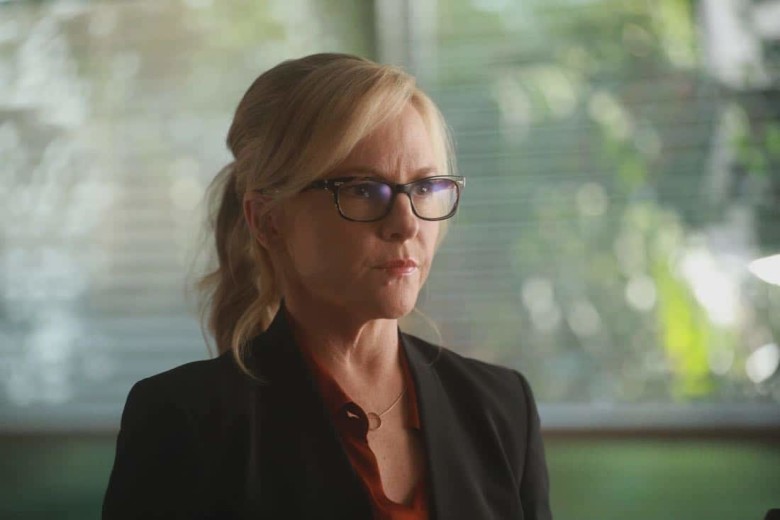 Yes, this will add some drama to Lucifer’s routine, but it’s drama we’ve seen before. This is a tough sell for the series, they better have something inspired cooked up to go down this road again. Meanwhile, Charlotte goes to see Doc Martin for professional help facing her fears and the overall weirdness of dying and returning the way she did. Not to diminish what a coma patient may go through with gaps of time loss, but Charlotte is surrounded by people who saw and experienced her being mean and hurtful. More than that, she almost killed Martin who is very uncomfortable in her presence. Martin tells her she can’t treat her and demands she leave her office. New Charlotte understands the sentiment and doesn’t dwell on how unfair it is.

Lucifer explains to Doc Martin that his murderous mother is gone and this Charlotte is in real pain and needs the best help available. Martin reconsiders, apologizes to Charlotte, and sets up another consultation. Charlotte’s understanding of human nature and her own passion for personal development should make her an even more interesting character in Martin’s capable hands. She won’t be tied to the same baby steps as Lucifer and the other celestials. 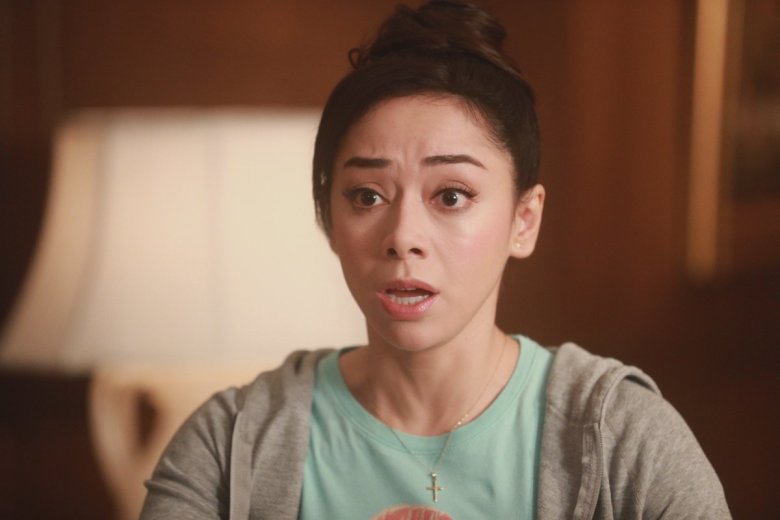 The victim of the week is a diamonds dealer named Fareed. He’s gunned down shortly after Ella’s older brother, Jay, a diamond authenticator, meets with him about a new shipment of hot ice. Ella turns to Maze for help, she wants to find Jay and Maze is the best in Los Angeles. Ella assumes her big brother needs help while Maze assumes he’s trying to get away. There are times when Maze seems like she’s learning about humans, she is surprised by the things they do. This is different, she seems too positive Jay is no good. Maze finds the crime scene, discovers the body, and Jay’s wallet.

Lucifer also thinks Jay is suspect, he doesn’t trust big brothers, but Chloe is willing to give him the benefit of the doubt. For instance, Ella is sure the victim was shot by a left-handed killer while Jay has always been right handed. At this point, her trust and faith are both high. Chloe finds a diamond and Dan discovers a serial number laser etched on it. It’s been reported stolen form a Beverly Hills boutique that does regular business with Fareed. The owner, Tiffany James, runs diamond theft insurance scams to make up for declining sales. She’s never heard of Jay Lopez and she’s shocked to hear Fareed was murdered. He was a trusted partner in her insurance fraud scheme. 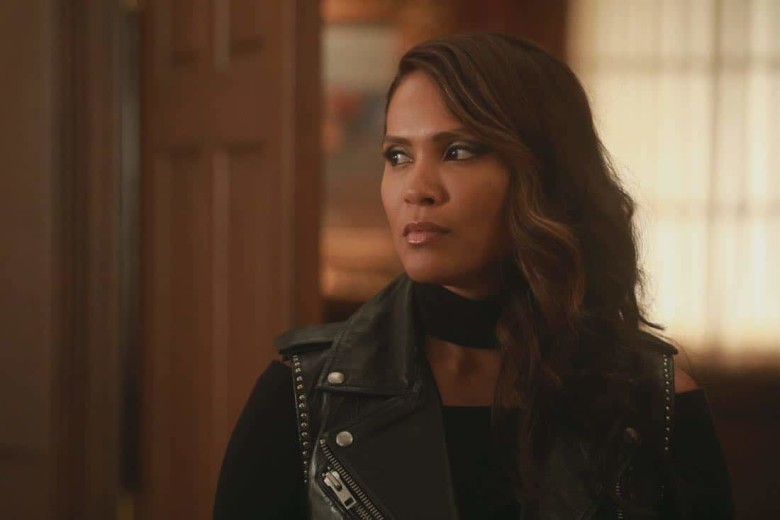 Chloe and Dan inform the snappy dressing ex-cop claims adjuster, Don Zeikel. Diamond claims almost always end in payouts, rocks are too hard to track and too easy to clean. Someone like Jay could do it. Maze and Ella find Jay hiding out in a low-rent hotel. He claims he was in the bathroom when he heard Fareed get shot. Ella takes him back to the crime scene to walk her through it. Right off, his story doesn’t make sense. Ella’s trust begins to evaporate, but her faith remains strong. Jay is not a thief or a killer. Maze doesn’t buy any of his lies, but she doesn’t press it with Ella. Jay freaks out when Chloe and Lucifer arrive and Ella helps him escape. Chloe finds evidence that part of Jay’s story may still be true. He was definitely cleaning the diamonds, but she doesn’t think he murdered Fareed.

Jay and Chloe both suspect Zeikel did the shooting. Jay gets to him first. We know Jay isn’t a great thief, but he’s even worse with a gun in his hand. Zeilkel turns the tables, grabs the gun and forces Jay to finish prepping the stones. Ella steps in and gives Zeikel another target to shoot but Maze makes an amazing knife throw from thirty meters right into Zeikel’s greedy heart. Dead. Case almost solved. Lucifer follows Jay to the diamonds. Jay didn’t kill anyone, but he’s dirty. Lucifer gives him a chance to go straight out of respect for Ella, be the brother she thinks he is. Trust low, faith high. This was a good episode but adds little to the long narrative.