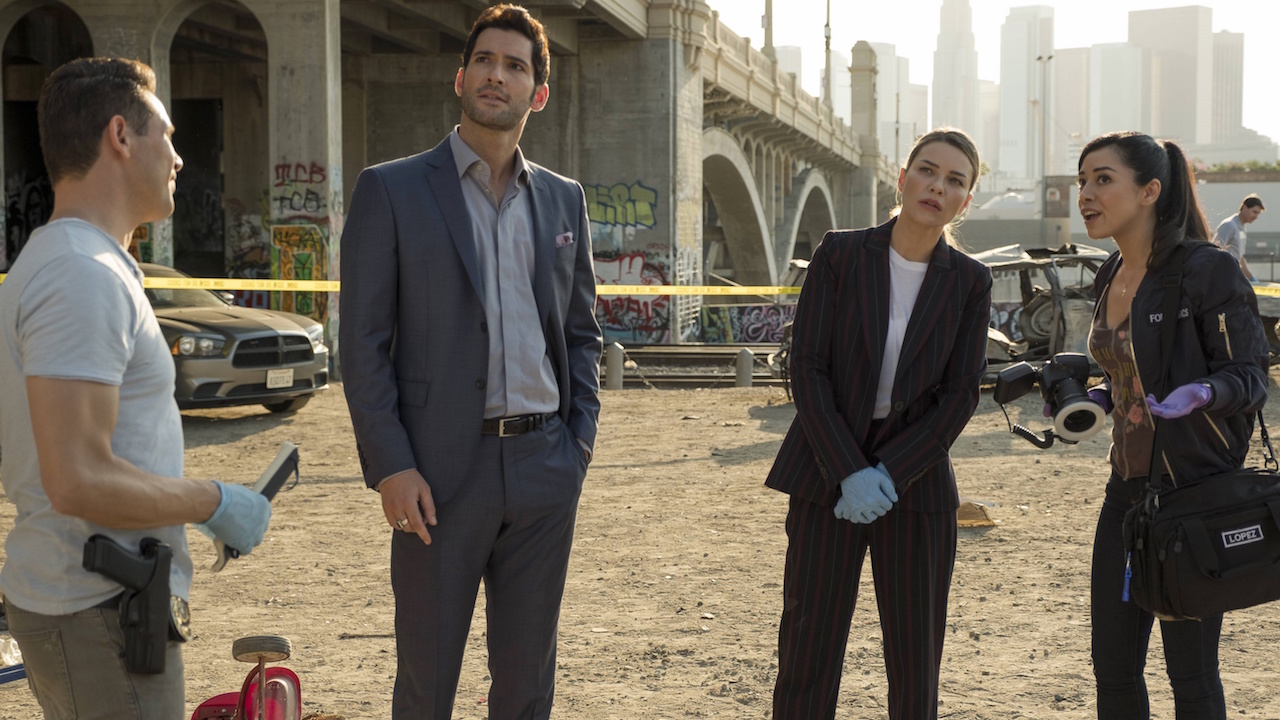 Lucifer attempts business as usual but his wings keep popping out in “The One with the Baby Carrot.” This is the second week without Maze and I miss her special element, that sharp, pure edge she brings to the fight. Lucifer is operating without his devil face, without his special protector and with wings which keep ruining his mood. It’s impossible for him to be himself under these conditions, his old identity issues resurface.

Amenadiel keeps the faith, but cleaning up Lucifer’s pile of severed wings is a painful duty. He can’t just leave the divine feathers around for a human to find, but he misses his own too much to just throw Lucifer’s out like garbage. Dr. Martin thanks him for slowing time and saving her life, and comforts him during wing disposal. Martin finds it difficult to believe this is a test from God. Amenadiel agrees it’s a bit elaborate, perhaps just living with Lucifer is God’s test. Amenadiel needs a mission, and Dr. Martin agrees he also needs a nickname. 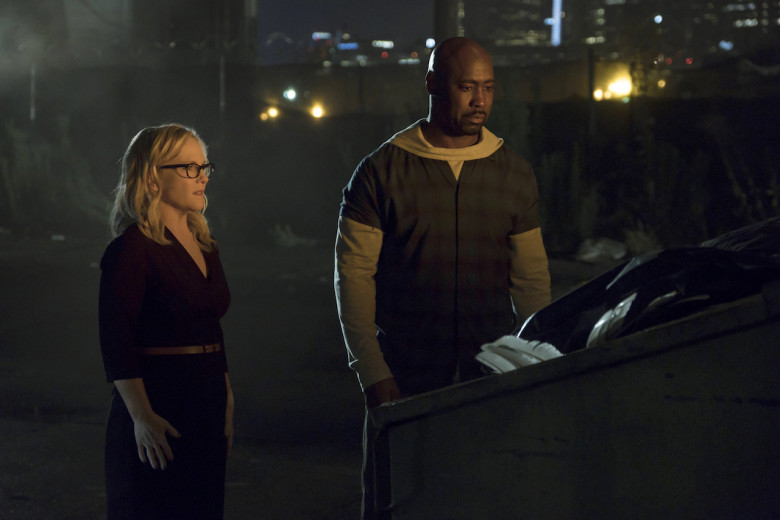 Lucifer wants Chloe’s help looking for Sinner Man but she argues Sinner Man is an urban legend in the criminal community, like the Boogeyman with kids. A man named Mike Alonso already confessed for murdering Sam the fake kidnapper. Besides, hinky Detective Pierce has a fresh case for Team Lucifer. I find it odd that Chloe is so vanilla while all the other cops in her office are shady. There’s something straight up evil about Ella, I know it. Now Pierce arrives with his cold weirdness. They’re both cute, but there’s no way either one of them goes home to the same mate every night.

This week’s victim, J.D. Woodstock, was shot to death in a dusty parking lot. Woodstock was a struggling comedian who recently made a very public accusation against a very successful and popular television comedian named Bobby Lowe. Ella can’t imagine Lowe poaching Woodstock’s material but Lucifer sympathizes with the dead man. Somewhere in LA, Sinner Man is trading favors for favors just like Lucifer. He can’t stand the thought of someone ripping his business and vows to find justice for Woodstock. 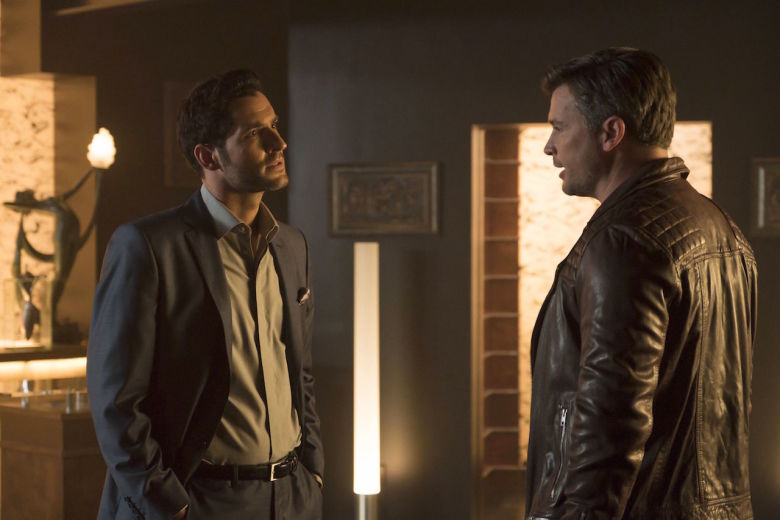 Ella is a huge Bobby Lowe fan and convinces Chloe to let her tag along when they question him at the studio before his show’s taping. Bobby is a tier one A-hole, but Chloe doesn’t see it. Bobby says people only accuse other people of stealing their material when they’re failures. Lucifer doesn’t like the accusation, it feels personal and he jumps on stage in the middle of taping to confront Bobby publicly. Lucifer grabs a puppet from a props bin and points it at Bobby, which scares the crap out of him. Then, the puppet fires, Bobby hid a gun in it.

Ella rules it out as the weapon that killed Woodstock, but Bobby confesses he did steal Woodstock’s material. Bobby kept the gun close because he was getting email death threats. The threats stopped the week Woodstock was murdered. Meanwhile, Lucifer calls Maze and asks her to return to LA to hunt Sinner Man. Pierce sneaks into Lux to confront Lucifer about Sinner Man. He thinks Lucifer is an idiot, but he knows Sinner Man is real. Pierce got close to Sinner Man in Chicago and Sinner Man killed someone very close to him. Pierce agrees to work with Lucifer to find Sinner Man bust orders him to keep Chloe out of it, for Trixie’s sake. Lucifer agrees, he doesn’t want that kind of collateral on his hands. Pierce is odd, something doesn’t add up with his covert employee stakeouts.

Side note; they have got to find something compelling for Chloe to do this season, she gets less and less interesting every week. She can’t be funny, Dan and Ella have that covered, they need to give her a juicy, heart breaking, dilemma to flirt with. The straight cop angle is weak and pointless for a television show. 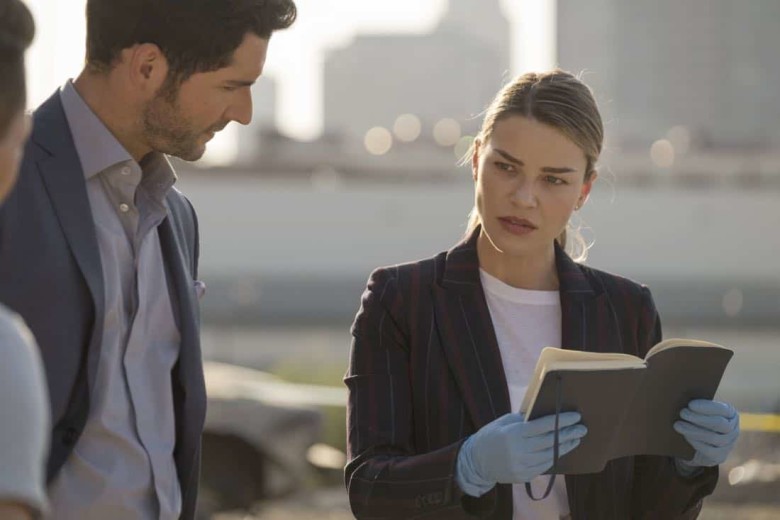 The forensics team identifies the source of the emails; every Friday night, around 8PM, someone sent the emails from a club called the Laugh Maker, during open mic. The emails indicate the sender was furious over Bobby building his routine about the sender’s little penis. Since Dan has improv experience, they send him out to open mic and provoke the killer. Dan’s fist shot at stand up is difficult to watch, Lucifer heckles him about all the micro-penis aggression. It isn’t a funny affliction. After the set, Erik, the email sender thanks Lucifer for standing up for him and his little pony.

Dan and Chloe question Erik about the emails. He admits he sent them because he thought Bobby was punching down. He didn’t mind that Woodstock, a struggling comedian, had used his personal material. Woodstock was on the verge of getting a very good gig, prepping audiences before Bobby’s show. The job currently held by Sheila, the new prime suspect.

Chloe and Lucifer find Sheila at the set just before she planned on killing Bobby. The reason; she didn’t want to lose the gig to Woodstock or because Bobby wanted to quit. They arrest her with murder weapon in hand, case closed. The button belongs to Lucifer, he meets with Dr. Martin about his identity anxiety. Martin reminds Lucifer he isn’t defined by his wings or his devil face. Lucifer returns to the favor business and a long line forms at Lux.