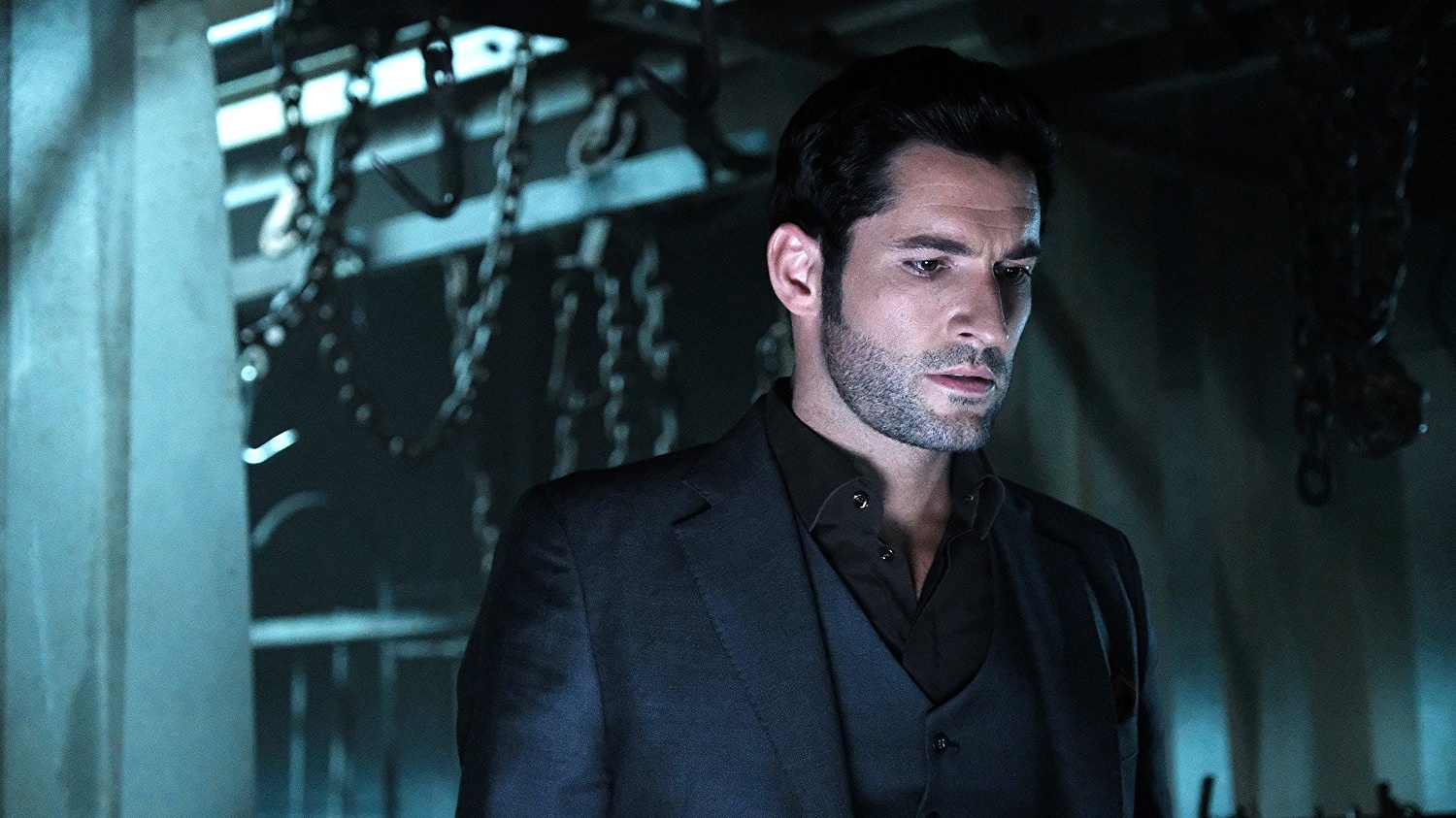 Lucifer loses two of his favor clients when “The Sinnerman” attacks. They first primed this story in the season opener and mentioned it from time to time but now they’re ready for the full roll out. Lucifer takes the favor business seriously, this week, nice guy Joey Pileggi dollar bribes his way into Lux and asks Lucifer to get him into the local mob. Lucifer has connected friends and makes a few calls.

Dr. Martin questions Lucifer about how they match angels to powers, but he doesn’t know, he always had the drive to pursue desire. She asks Amenadiel the same questions but he doesn’t have any better answers. Martin wonders if Amenadiel felt his mission on Earth was designed to be lonely. He wasn’t forbidden from contact with humans, it just didn’t occur to him. Then again, everyone takes a little while to connect. For Amenadiel and Dr. Martin, that time is now. They kiss. She stops and says it’s a mistake and he apologizes, but then they kiss again. 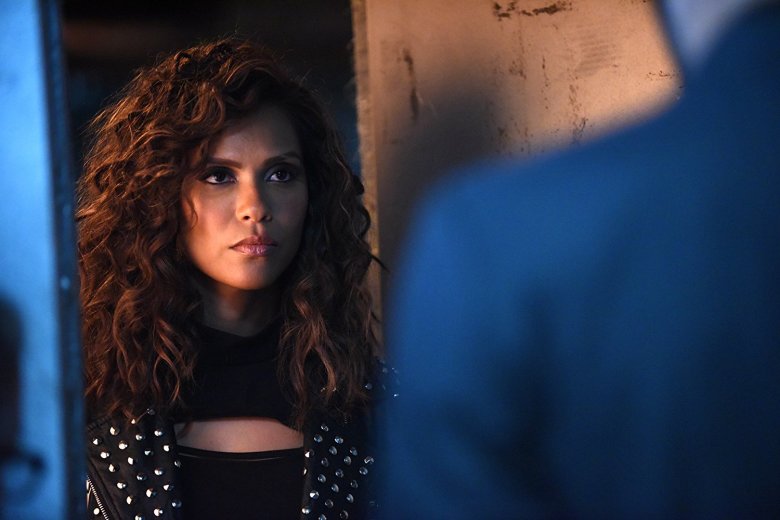 Maze returns from bounty hunting and heads straight to Martin’s office, she senses the passion in the room. She doesn’t see them actually kiss, but she can tell they’re closer now than when she left. Maze leaves shaken by the flood of emotion, maybe jealousy, maybe something else. She already broke up with Amenadiel, maybe she has feelings, other than friendship for Doc Martin. Maze questions Lucifer, but he doesn’t see the issue with Amenadiel and Martin having a relationship. However, he does advise her to think about what she really wants. Maze returns to Dr. Martin and has an honest discussion about her feelings, which she’s new too. She tells Doc, thinking about Martin and Amenadiel together makes her feel left out an asks her not to pursue a romantic connection with him. Martin agrees. This is a great arc for the bench characters, these three care about each other but they’re also all headed to painsville.

Chloe gets called to the crime scene at a small apartment, Joey Pileggi was shot twice in the chest and then his legs were shattered. Lucifer confesses he recently helped Joey get into the local mob as a runner. Ella finds limited-issue high end shoes, an expensive gold watch, and $10K in cash under his bed. It’s possible he was stealing from his mob boss and they killed him to make an example. Lucifer calls in his contact, Frankie “The Knife” Ferrante to question about the murder. This is also the first time we see Charlotte in action for the good guys, Frankie knows her from her defense work. 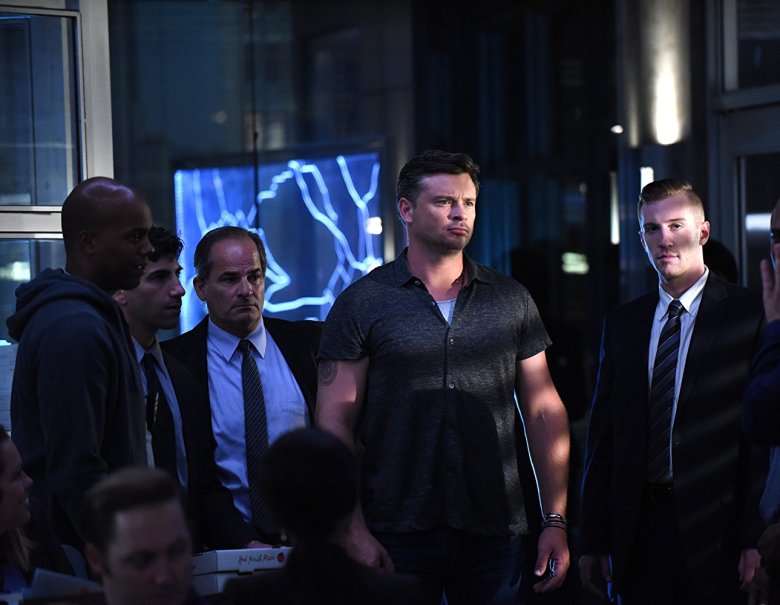 Frankie is a good mobster, he won’t talk willingly, but Lucifer desire-mines his intent. Frankie was very fond of Joey, he wants his killer found and punished. A moment later, Dan confirms Frankie’s alibi, plus, there’s a second murder. The second victim, Frida Marquez, was also one of Lucifer’s favor clients. She wanted to be a celebrity hair stylist and everything was going well until she was murdered; two shots to the chest, then hung with a noose made of her own hair. Now, Lucifer is positive The Sinnerman is targeting his people. Chloe still doubts Sinnerman’s existence until Lt. Pierce confirms he dealt with him in Chicago too.

Lucifer thinks Sinnerman is responsible for the return of his wings, but we still don’t know why. He calls Lucifer on the phone to meet. Lucifer leaves the investigation to confront Sinnerman but walks into a trap. Sinnerman locks him in a building that’s been abandoned for ten years. He communicates with Lucifer by monitor, mic, and camera, and wears sunglasses so Lucifer can’t desire mine him. Whoever this guy is, he knows a lot about Lucifer’s capabilities and his limitations. He doesn’t explain why he’s killing Lucifer’s people, but he seems happy to have Lucifer locked up for a while. It’s possible, he’s not the top mind behind this devious plot. 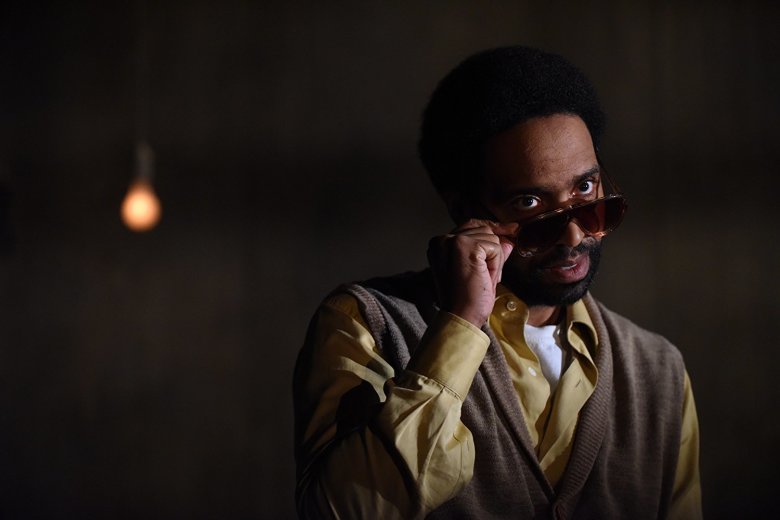 Chloe takes Charlotte with her to rattle Frankie again. This time, she drops the only name they have for a suspect, The Sinnerman. Again, Frankie and his hench deny any knowledge of the guy. Chloe didn’t expect him to talk, but she does stake out his club from the parking lot, maybe he’ll make a move. Lt. Pierce joins her and brings a bag of food. He explains Sinnerman killed his brother and, as hard as he’s tried, he can’t let it go. It’s become a personal thirst for vengeance.

Maze finds Lucifer and frees him from Sinnerman’s trap. Lucifer immediately calls to warn Chloe he’s in town and gives her the description just as Sinnerman walks into Frankie’s club. Pierce and Chloe rush for the doors, Lucifer can hear gunshots through the phone. Sinnerman kills the pair of hench and wounds Frankie, but Chloe stops him from killing the mobster. Sinnerman doesn’t give up, there is brief shootout and chase. Chloe is great in all these action tactical scenes, it’s one of the show’s strong suits. She chases him out the back where Pierce tackles and arrests him.

At the police station, we’ll see Chloe give Pierce credit for capturing Sinnerman. It’s a weird beat because she did all the fancy gun work. Lucifer wants his moment alone with Sinnerman to mine the murderer’s desire and takes advantage of a moment when they leave him sitting in the interview room alone. Lucifer discovers Sinnerman gauged out his own eyes with the paramedic’s pen. That’s both unexpected and brilliant. I thought this Sinnerman plot was slow to play out, but I like what they did here. Hopefully, there’s something even more sinister behind curtain number two.