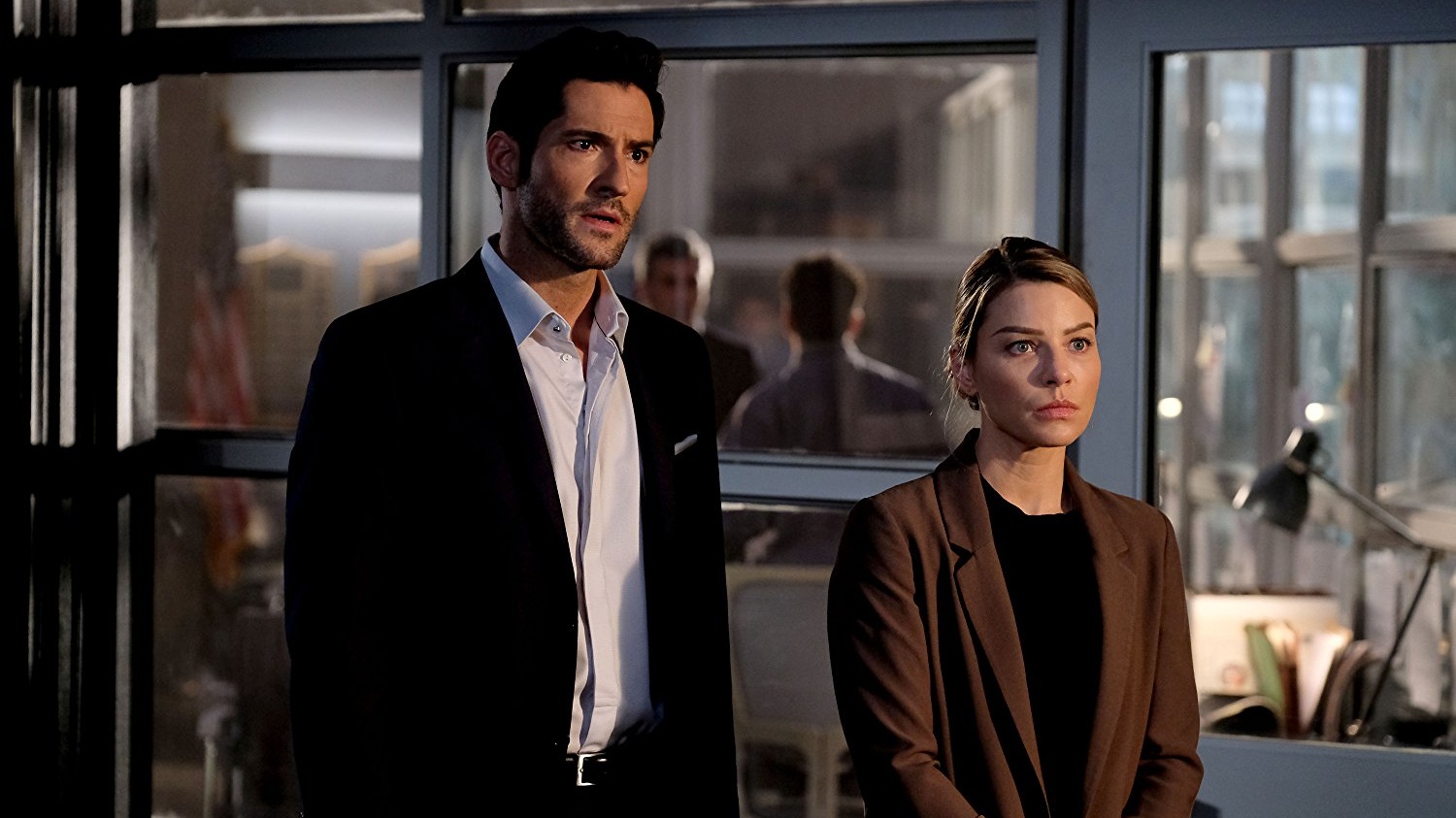 Lucifer returns from the desert to face his new winged affliction in “They’re Back, Aren’t They?” This was a strange episode for the two main characters. Chloe doesn’t face any new emotional territory. Even if she did, at this point, I’m not sure how deep the impact would be. Aside from her daughter, Chloe doesn’t hold on to any negative emotional baggage for too long. This may be an honest representation of a single-mother detective at work, but it’s death for a story’s primary character, it leaves her with no real room for growth.

Lucifer’s story doesn’t have much more to chew on this week either. He wakes up in the desert, sunburned (which seems a weird choice for the on-site manager of Hell) and sporting a new full set of wings. There are a few mysteries to solve. Who kidnapped him and dumped him in the desert? Why did God give him his wings back? Why can’t he fire up his game face? Mysteries are great for fueling suspense but these are missing a few important ingredients; stakes and dilemmas. Who suffers if Lucifer has wings besides Lucifer? If we don’t know the answer, the mystery is pointless. Do the wings cost Lucifer anything? If not, that mystery has no tension or suspense. There is no clock on finding these answers, we can only hope the journey is interesting or fun. 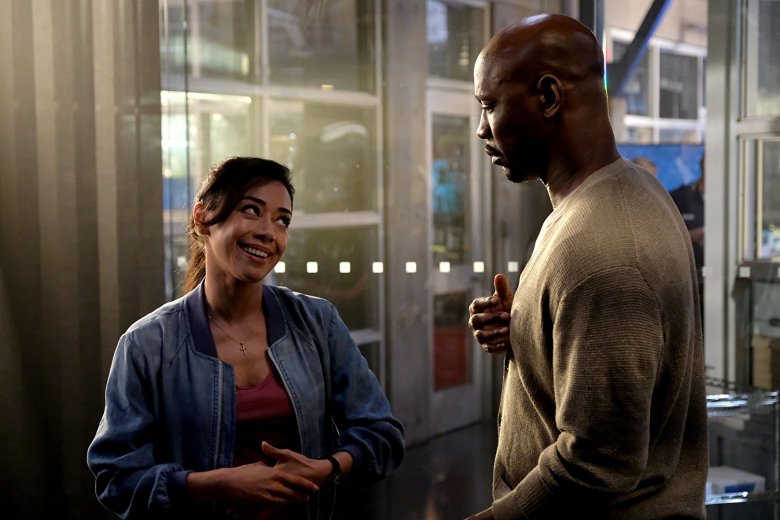 Lucifer has never been afraid to feature the supporting characters and “They’re Back, Aren’t They?” gives them all scenes full of gravity and momentum. This season features a whole new boss for the team at LAPD, Marcus Pierce, played by Tom Welling. Welling brings a new shade and calm cool to the cranky boss-of-detective trope. Now that’s a trick, the cranky cop boss is as common as the badge itself. Pierce disapproves of Chloe, he’s suspicious of Lucifer, and he can’t wait to either put Dan back behind bars or post the memo of his funeral. However, Ella has a crush on him and he’s as competent as he is judgmental.

Lucifer is determined to find his kidnapper and Chloe indulges him to the desert to search for clues. The first clue is a hand reaching out from the desert floor. The victim is Steve Banellas, the co-owner of a hotel called The Angelette. Ella shines in the crime scene sequence. We see her work-dramatize Steve’s last moments and she recovers a crushed squirrel to lift the tire print from in case it’s a clue. I still think Ella is hiding a dark and devastating secret, but so far, she keeps everyone on track. 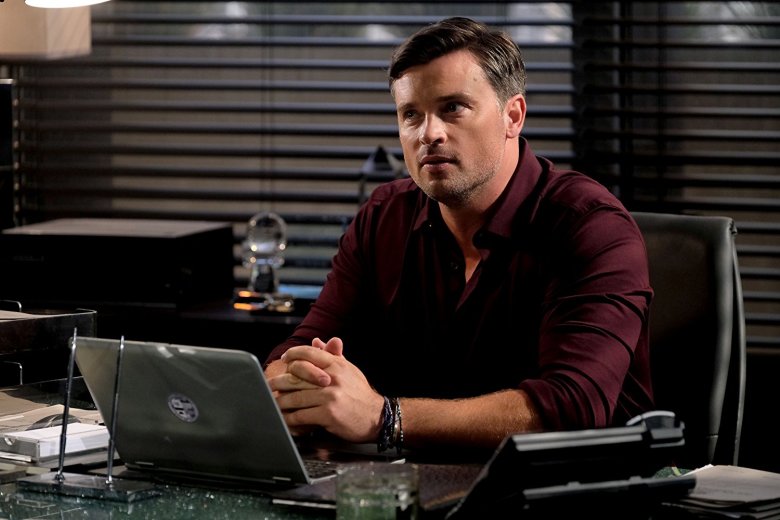 Lucifer turns to Dr. Martin first to cut off his new wings. Martin doesn’t want to get involved for a couple of reason. First, the last time she got involved, Charlotte almost killed her. Second, if God is behind the wings, maybe he has a plan Lucifer should consider. As usual, Lucifer could care less what his manipulative father wants, he cuts the wings off himself. He keeps the wings secret from Amenadiel who’s still depressed about losing his divine powers. However, Lucifer doesn’t want to hide his real face from Chloe any longer. He carves out some alone time in Ella’s lab and tries to expose his fire-face, but nothing happens. Chloe thinks he’s pranking her again.

Chloe and Lucifer question Steve’s partner, Josh Hamid. Josh and Steve are both very Lucifer-like in their quest for maximum fun. Victim Steve pranked Josh with a live Tiger. Josh got his revenge by hiring a high-end fake-kidnapping company called “Snatched.” Lucifer was sure Josh was behind his abduction and possibly working for his father until they questioned him. Josh knows nothing about Lucifer and was surprised to hear Steve is dead.

Chloe and Lucifer convince Pierce to set up a sting for the kidnappers with Dan as bait, he’s the most expendable detective. Dan is purely professional, but Lucifer deviates from plan and tells the “Snatched” team to target him. They arrive a few minutes late, but bag Lucifer and speed off in their van. Lucifer quickly turns the duct tape on his kidnappers and questions them about who hired them to kidnap him and Steve. They don’t know about him but Josh ordered the deluxe package for Steve. They did the original kidnapping but handed off to a subcontractor, Sam. 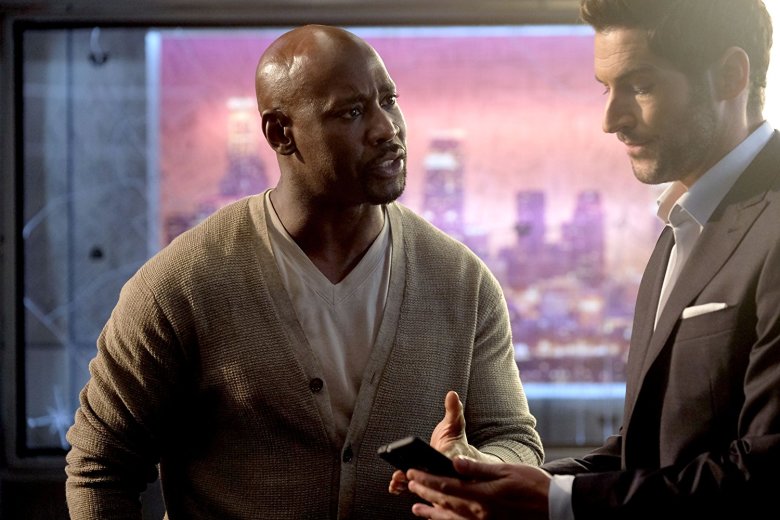 Lucifer kicks down the door to Sam’s apartment as he’s packing to leave town. Sam is terrified of Lucifer. He did kidnap him, but the wings took him by surprise. Sam was supposed to pick up Steve, but he drove off in fear after dumping Lucifer. Sam confesses someone called the “Sinner Man” hired him, he’s terrified of that guy too. It occurs to Lucifer that someone besides God is behind the return of his wings and loss of his face.

Chloe arrests Sam but powerful goons bail him out immediately. Lucifer and Chloe discover his body under a boardwalk the next day skewered on derelict rebar. Lucifer also discovers he has a fresh set of wings. Amenadiel apologizes for letting his ego come between them and has faith there is a divine reason for Lucifer’s changes, “If God can redeem Lucifer, it’s possible for anyone.” Lucifer suspects this “Sinner Man” may not be on father’s team at all which puts Lucifer in a very weird position; he’s usually all for anything that works against his father. We’ll have to see how this new mystery plays out. The second season was about the end of the world, that’s a tough peak to top.