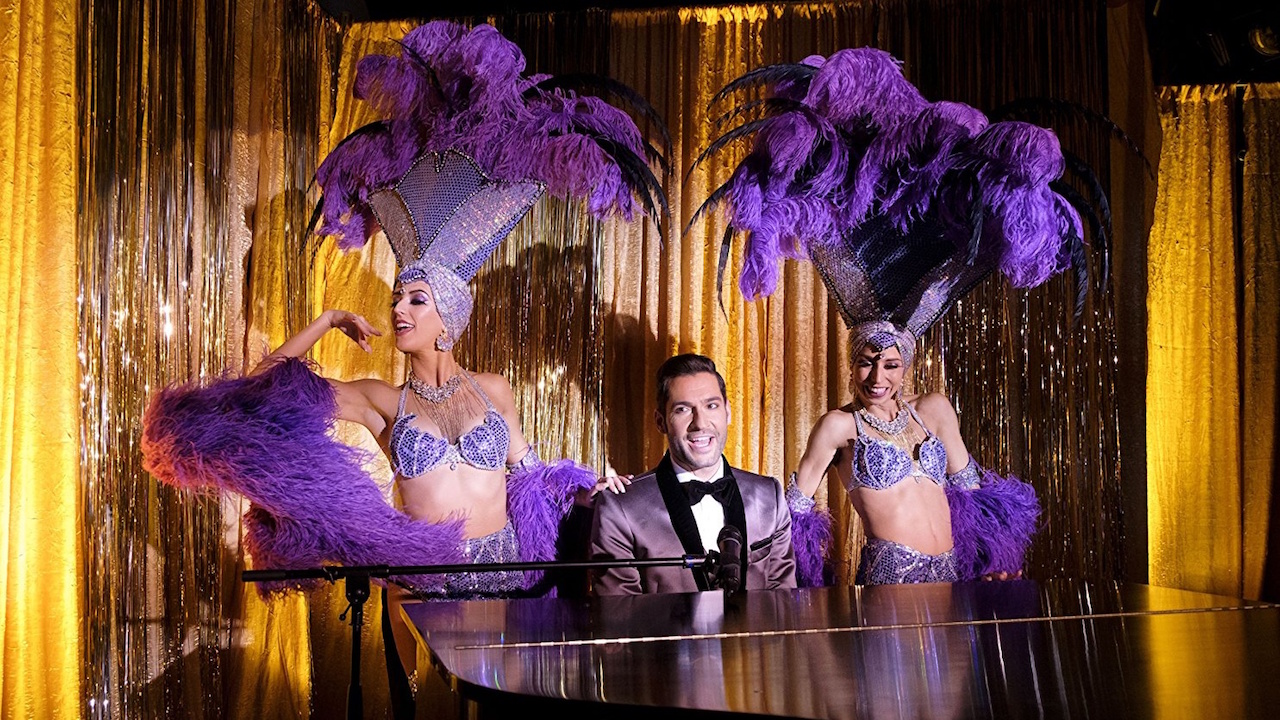 Lucifer walks out of Chloe’s birthday party when he gets a call from Las Vegas Metro about his wife’s disappearance in “Vegas with Some Radish.” I was hoping Candy Morningstar would return in some form but I never thought she’d be the case of the week. This was a fun episode featuring a very adult, selfless as he could be, type of Lucifer. It begins with Chloe’s birthday at LAPD. Dan has a cake delivered and Ella adds a pair of strippers to the celebration. During the party, Lucifer takes a call from Las Vegas Metro, his wife is missing.

Lucifer and Candy are separated according to their agreement, but he’s still concerned about her well-being. Ella overhears the phone conversation and says the whole gang should help, but Lucifer wants to keep it secret, he doesn’t want to ruin Chloe’s birthday. How great is that? He wants to ensure she has at least one fun day for herself. Of course, it’s never that easy. Ella is hesitant to go to Vegas, for some reason, but she won’t let Lucifer unravel this mystery alone. They duck out of the party without telling anyone what they’re up to. The second the elevator doors close, Chloe goes into some sort of jealousy cycle. So much for a fun day. 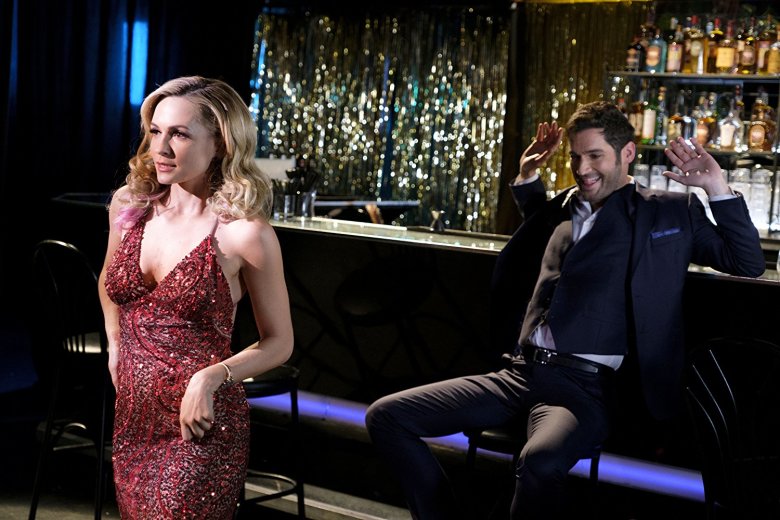 Evil Ella turns out to be a first rate wingwoman. Setting aside how tolerant she is of Lucifer’s weirdness, she’s likely the smartest person in the state of Nevada. I kid around a lot about Ella’s dark secret, but it’s refreshing to see characters like her and Dan, no special superpowers, she’s very smart and he’s a solid optimist. Lucifer and Ella find an active crime scene at Candy’s apartment. The victim’s feet are way too small to be Candy’s. Ella gives Las Vegas Detective Long Lucifer’s solid alibi and convinces Lucifer to keep the victim misidentification a secret from the police. It will give them more space to investigate Candy’s disappearance. Here we get a series of flashbacks detailing when and how Lucifer met Candy along with our first suspect.

Candy’s father owned a club called Fletcher’s, where she sang, but he owed a brutal loan shark a stack of cash neither one of them had. Lucifer paid it off when they were married, but it’s possible Bad Louie returned to shake her family down. Ella picks her way into Louie’s tasteless condo where they find him dead by shotgun. Lucifer sees a picture with Louie and his wife, Roxie, and suspects Roxie killed, or tried to kill, Candy in a jealous rage. 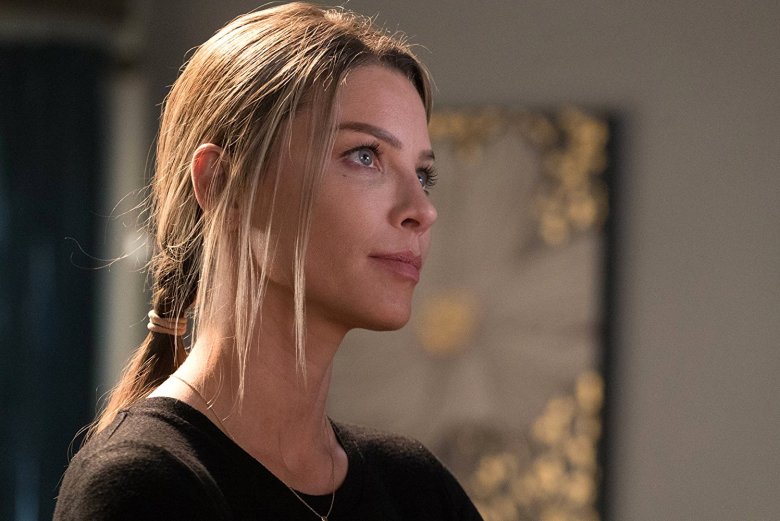 Chloe is caught up in her own wave of jealousy. She drops in on Doc Martin to see if Lucifer told her where he was heading. Chloe seems to struggle with her feelings, if they’re just friends, why does it bother her so much he isn’t around on her birthday? Martin winds her up more than calms her down. The two head to search Lucifer’s apartment for clues. His overnight bag is missing, they figure he ran off to Vegas again. They reach the conclusion they should also be having fun, and Lucifer’s apartment is the perfect place to start. They raid his fancy liquor supply and crank up the rest of entertainment apparatus. Then, they discover his wall safe, there has to be clues in there.

Lucifer and Ella catch up to Roxie at a casino where she works as pit boss. Ella helps Lucifer clean out one of the tables until she takes over and security swoops in. Turns out, Ella was banned from casinos for counting cards. She tells Lucifer it was her coping mechanism for dealing with “the voices.” Lucifer uses their moment with Roxie to desire-mine her. Roxie couldn’t care less about her A-hole husband Louie being dead, she’s been trying to get the pro golfer on table four to notice her for days. She’s not the killer either. 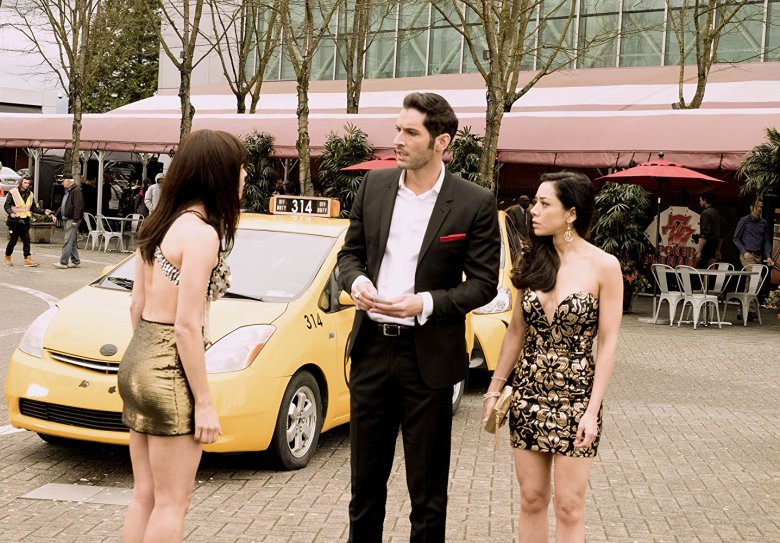 Candy, disguised as a brunette cocktail waitress, confronts Lucifer outside the Moonbeam Casino. She also believes Roxie killed her friend trying to get her by accident but she mentions the only thing missing from her place was the deed to Fletcher’s. Lucifer realizes since they’re still technically married, if she were dead, the club would go to him. He devises a plan to lure the real killer into the open.

Lucifer has a change of management event at Fletcher’s where he introduces himself as the new owner after performing a song and dance act with showgirls, Ella included in disguise. Ella watches for suspicious characters in the audience, and brunette Candy also scans the crowd. The plan fails to draw the killer into the open, until the place closes for the night. Judd, the trusty bartender pulls a gun and Lucifer and tries to kill him. Lucifer plays into Judd’s anxiety and uses reflections of blonde Candy to haunt a confession out of him. Fletcher’s is worthless as a venue, but the land it sits on is worth a fortune. Ella pops him in the leg after he confesses and lets Detective Long take credit for the collar.

Lucifer’s place is trashed when he returns home. Dan and Doc Martin are passed out on the sofa and Chloe appears to be sleeping off her inebriation in Lucifer’s fancy bed. He confesses why he left for Vegas thinking she’s asleep and then notices all the damage around his wall safe. Chloe rolls over as Lucifer opens the box they spent the night trying to crack. He only has one thing inside, her birthday present. He had the bullet she shot into him polished and attached to a beautiful chain. Happy Birthday Chloe, they hug it out. So, what’s up with the jealously?