Hurray! LUKE CAGE meanders its way towards a plot in “Code of the Streets,” taking all those characters we met last time and giving all of them something to do.

Pop in particular is the obvious star of this episode. While it was clear in his introduction that he was a nice guy who took in all manner of stray people, the entirety of the second episode is basically about what a upstanding member of the community he is. He tells us his history as a bad dude on the streets and explains how his barbershop has come to be the neutral ground of the neighborhood. In a rather inevitable turn, building Pop up is mostly so it’s clear what Luke and Harlem are losing when Pop is killed. The death of a friend or loved one is a pretty traditional way to push someone towards heroism but it works well here because of the circumstances. Rather than the villain hurting someone deliberately to provoke a reaction from the hero this was a complete fluke. Cottonmouth had nothing to do with it and was just as upset as Luke by Pop’s death. That it was basically accidental and more about a lackey posturing than any real harmful intent is what makes it more realistic and effective. I’m pretty sick of characters getting killed just to mess with people so while, yeah, it was pretty traditional I’m just like “okay.” It’s not the most interesting thing in the world but I don’t have any beef with it. It ties up the heist plot from the previous episode fairly well and sets the stage for other things. This episode also expands on the two detectives Misty and Scarfe a bit more.  Misty was undercover in the last episode while Luke was tending bar and had a one night stand with him, but either I was mostly asleep or it wasn’t exactly clear what she was doing in Cottonmouth’s club. Instead of being a sexy interlude and background dressing, she and her partner get more in-depth with the shooting from the previous episode and hence get dragged into all the Harlem drama Luke is involved with. I like that Misty is a detective in the place that she’s from and that she knows most of the people she’s dealing with. Her talent at basketball was a nice way to give her depth and work her history into the story without her just monologuing at us. I also love how they’ve done the way she can “see” things about a crime scene just from photos. This entire episode is a bunch of tiny details about Misty that all add up to show what a kickass detective she is and how protective she is of her neighborhood without just out and out having people say she’s great. To be honest, I think I like Misty better than I like Luke. Luke is just putzing around keeping his head down. Misty is actually out helping people and getting things done. I also really enjoy the way they’ve woven her sexuality into the story. No one shames her for sleeping with a guy, not even the guy she slept with. It’s just a natural part of her life. That’s nice. 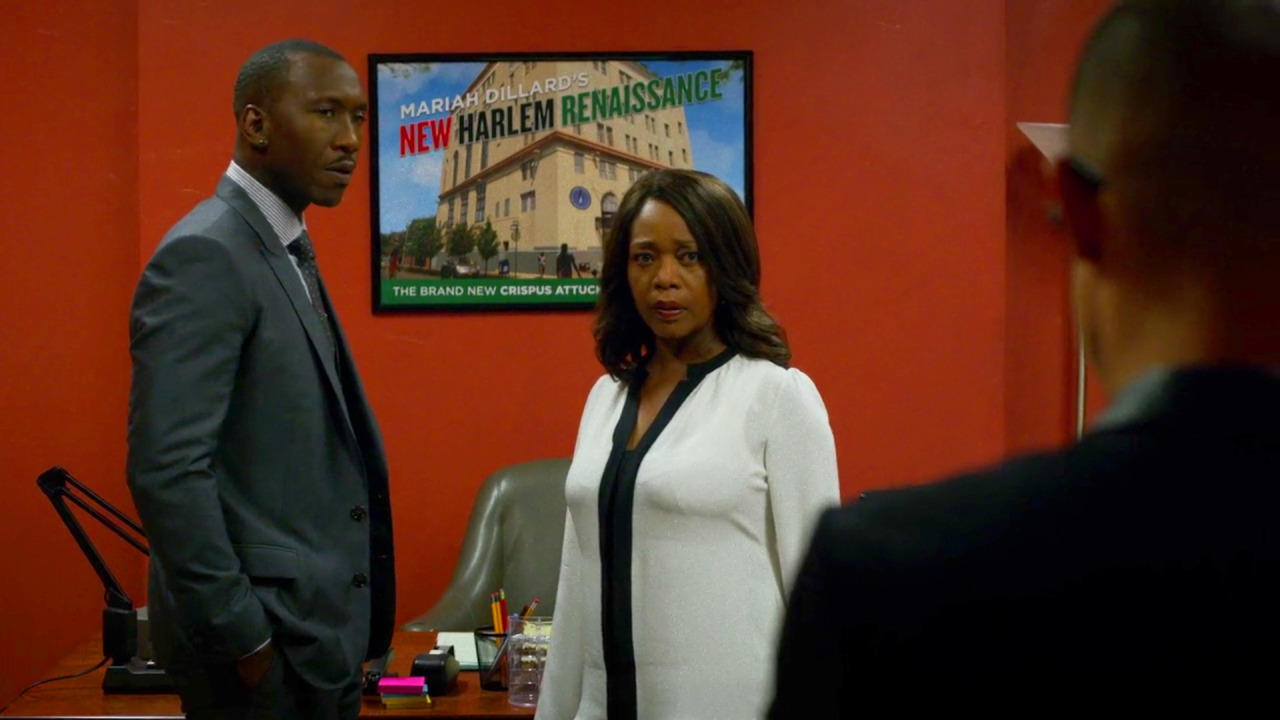 I like Cottonmouth’s crazy, but he still feels like a knock-off Fisk. His history with Pop and his loyalty to him give him some depth and empathy. It’s fascinating to me that Cottonmouth’s default idea of power is through organized crime. I’m still in love with Mariah. I particularly like that they make a point of saying that they’re cousins. That’s a familial relationship that you almost never see in fiction, particularly not represented as strongly as it is here. Mariah has this beautiful duality going on where she says the shiny proper thing in public and then gets down in the muck behind the scenes. I love her “New Harlem Renaissance” and how she name drops everyone from the actual Harlem Renaissance but seems to miss the part about criminal activity being bad for a community. It’s like she wants to protect Harlem’s people and culture but the only way she knows how to do that is by being shady. My favorite part about her is just how annoyed she gets with Cottonmouth when he plays at being a big gangster. She just rolls her eyes, throws shade, and tells him he needs to get his act together. Predictably, I find the ladies much more interesting than the dudes even though this entire show is like a podium for presentations of black masculinity. The guys just aren’t doing anything right now. 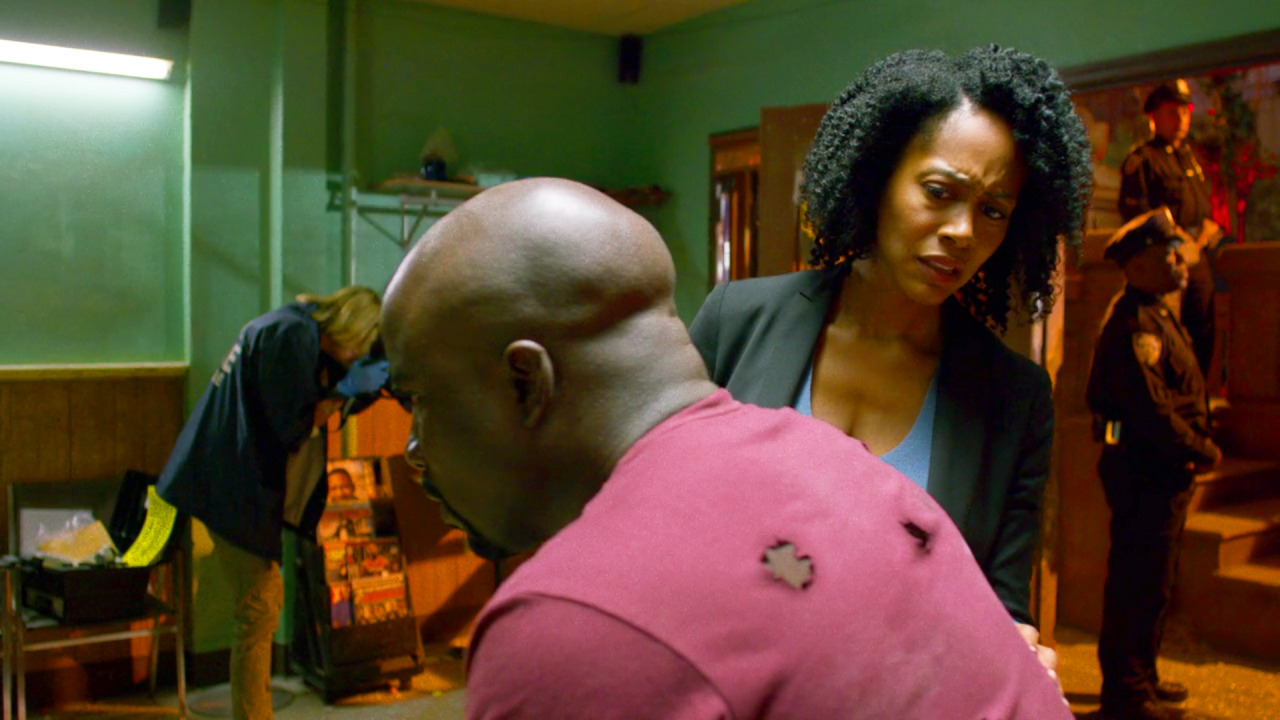 All said, this had more of a narrative than the first episode but it’s still very spare. Things happen to Luke but it’s like exploring all the things that push him towards action rather than any actual action. I want some kind of story. I want Luke to have something to do. Right now it’s like watching avant-garde art or something. There’s nothing particularly wrong with that, especially in the streaming format. But I want this to be stronger. My reaction right now is basically a shrug, a “cool,” and a click on the button to play the next episode.

Dana Leigh Brand is a digitization archivist by day and a masked pop culture avenger by night. She spreads the gospel of science fiction and fantasy wherever she goes.
Follow Dana on Twitter: @DanaLeighBrand
Keep up with all of Dana’s reviews here.