My friends, we have reached the end of LUKE CAGE. I had to think about this finale for a week before I figured out how I felt about it. If you mapped out the plot and compared it to traditional narrative structure I feel like it would be directly opposite. That had me going “???” for a while, a bit disappointed that the ending of the series wasn’t very strong. Yet really, “You Know My Steez” is an ending perfectly suited to the rest of Luke Cage, and while it feels like a bit of a letdown that’s precisely the point. You know those plot diagrams they make you draw in 8th grade so you can understand how narrative structure works? They run like this: exposition → rising action → conflict → climax → falling action → resolution. This episode runs something like conflict → climax → rising action → exposition → resolution → falling action. Which doesn’t even make sense, but it works and that’s the beauty of it. It starts immediately with the fight between Luke and a technologically suped-up Diamondback. There are teenaged boxing flashbacks interspersed with their fight intended to give emotional context to their fight. It was a good effort, but they didn’t build up Luke and Diamondback’s past enough for me to care that much. The fight was cool, and Diamondback as a threat to Harlem was enough that it felt narratively relevant. If I’m going to declare anything this show’s major weakness it’s that the history between Luke and Diamondback was underwritten. Once Luke beats him, we get all the rising action and exposition when Luke gives his inspiring speech at the police station and you expect his exoneration. Instead, the resolution is that Mariah walks free, Luke gets taken back to prison, and then everything returns to the way it was. It’s disconcerting because it’s counter to everything we expect in narrative, but then most of this show is an exercise in upending expectations. None of the mess with the structure as much as this one, but every single episode plays with what you’re used to. That’s what made it fun, and this is no different. As the final punctuation mark on the series, it expresses the thesis perfectly. 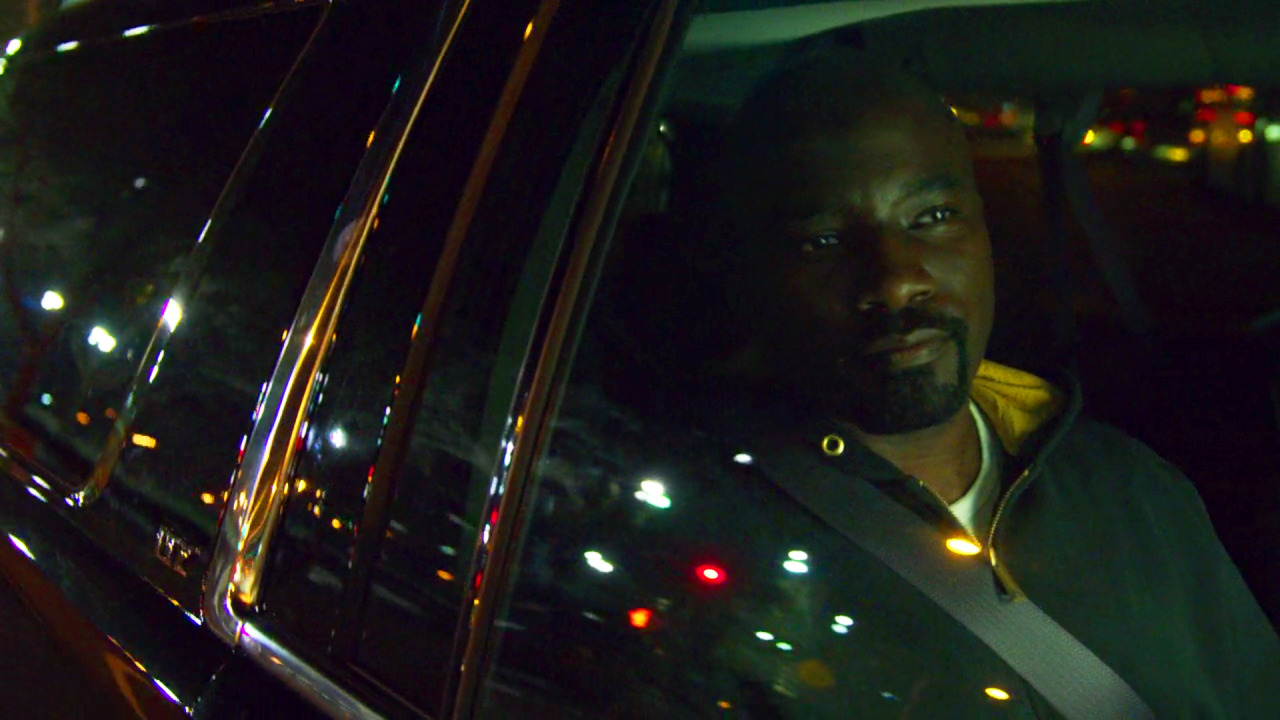 Even through the entire ordeal of Luke defending Harlem, taking down organized crime rings, outing himself as an escaped convict, and on and on, in the end nothing has changed. The status quo remains. A few pieces have shifted on the board but every power dynamic remains intact. Luke must go back to prison. Claire is still on her own. Misty is at the same bar watching the same table. The system remains in place. Priscilla Ridley was correct in calling out Misty for getting her witness Candace killed. Misty has seen that the system doesn’t work so she inherently distrusts it, yet if the best people in that system aren’t propping it up it will never get better. In fact, this season ultimately is the story of Mariah’s rise to power as she takes control of Harlem. Since Mariah was my favorite the whole time, I quite enjoy that. I am a creature of villains and it’s satisfying to see one that I like win sometimes. But as a finale for a show about good guys fighting the man that is a definite downbeat. Yet the conclusion is not without its moments of optimism. Fish finds the folder of evidence that would exonerate Luke, Claire is going to learn how to beat people up, and Misty is still on the case. Also, bless whoever had Dr. Bernstein show up in Stryker’s hospital room. If it’s DNA that made Luke a successful test subject, that’s the kind of sequel-bait cliffhanger you expect from a ’90s horror movie. I will say that I’ve yet to see Claire in a romance that I buy even a little bit. I love her as Luke’s ally, but macking on Luke just had me recoiling and rolling my eyes. What is it with poor Claire? I didn’t like her with Matt Murdock either, yet I’m fine with every other romance that Luke or Matt have had. I guess it always just feels like someone assumes the only natural course any of her plots can take is to turn romantic. It’s like she’s never an active participant in these romances, they are just done to her. I’m persnickety about romance; y’all know this. The hilarious thing is I complained about Luke and Claire making out in the hallway of the police station by shouting about how “95% of kisses in things are totally unnecessary!” and then Mariah did that weird bite-y kiss on Shades and I immediately reversed like “yeah, yup, that was one of the 5% that I needed.” But Shades and Mariah felt like it had precedent. Luke and Claire felt like a narrative default. In an episode—nay, a whole series that refused to do the default anything, that turned me off. Yes, I’ve already done my introspection on why seriously messed up relationships tend to get me yet I generally find saccharine ones repellent; no, I don’t need your psychiatric referral but thank you. 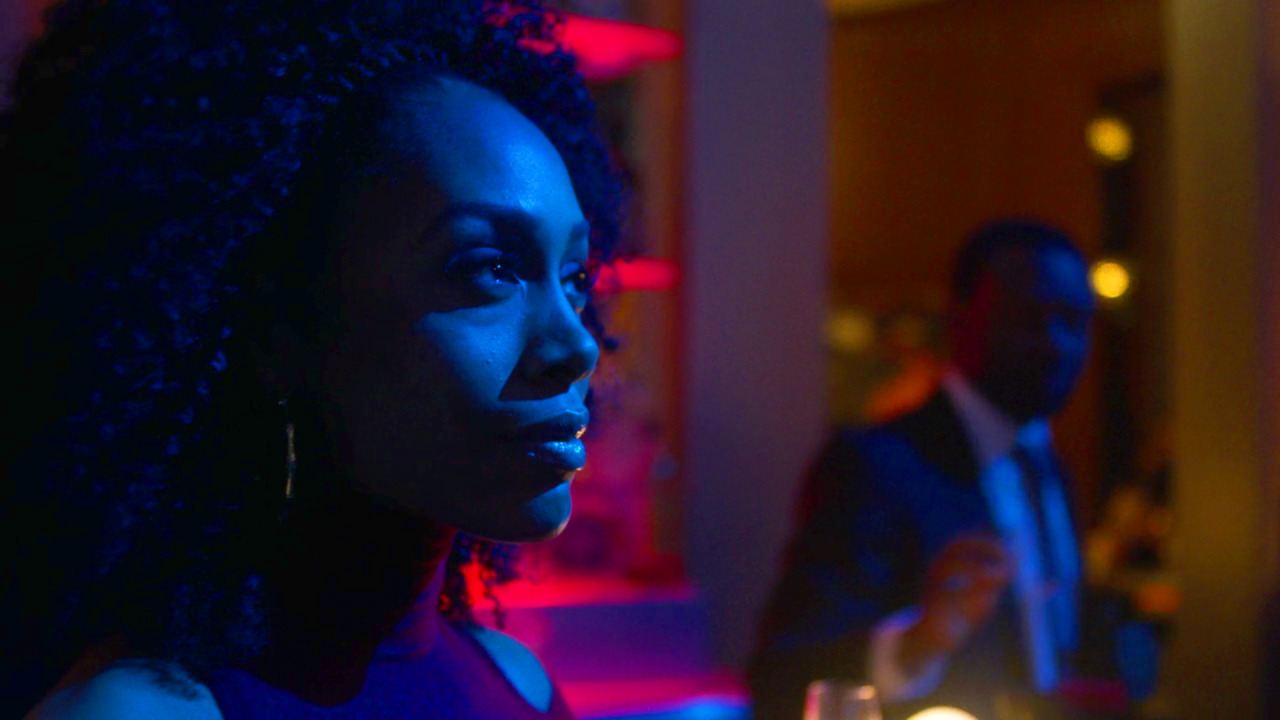 So, is the ending of Luke Cage a bit of a downer? Yeah, but it serves its story well. This isn’t like Jessica Jones fighting to free herself from her abuser or Daredevil trying to reconcile his dual identities. Luke Cage is about owning who you are and accepting all that comes with that. It’s about the good that you’ve done along with the bad. It’s about whether you’re taking a stand against injustice or standing by. The climax isn’t a big ass-kicking with a satisfying payoff, it’s the past catching up to Luke and Luke submitting to the system. It’s Luke being a hero by adhering to the law rather than taking it into his own hands. That subversion of the usual superhero narrative plays right into the show’s habit of upending your expectations. The first time I watched this episode I thought the ending was weak. The second time I realized it’s the best ending that Luke Cage could have.