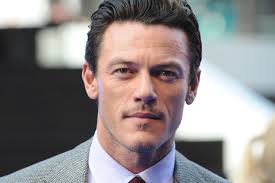 Luke Evans has signed on to star in the Basil Iwanyk-produced crime thriller THREE SECONDS written by Matt Cook and directed by Otta Bathurst.

The story follows as an ex-con, working undercover for the FBI, who is sent into a maximum security prison to break a criminal organization’s stranglehold on amphetamine dealings on the inside. Once there, his cover is blown and left to fend for himself without protection from the outside.

The film is an adaptation of a best-selling novel by the much buzzed about swedish duo Anders Roslund and Borge Hellstrom.

Evans is no stranger to high octane films. He previously starred in Immortals, Fast & Furious 6, The Hobbit franchise, and Dracula Untold. He can soon be seen alongside Tom Hiddleston, Sienna Miller, and Elisabeth Moss in the action drama sci-fi, High-Rise.

Evans is repped by WME.