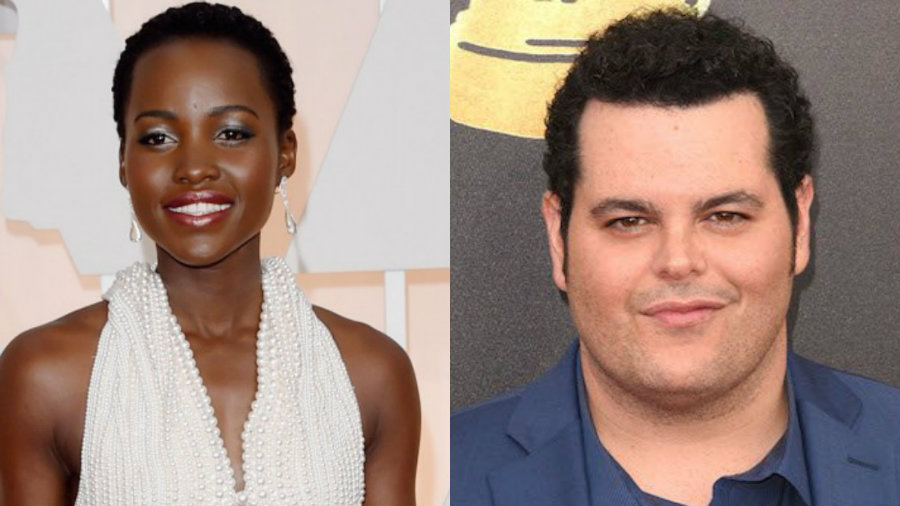 Down Under director Abe Forsythe is lining up the cast for his zombie comedy Little Monsters, and it looks like Oscar winner Lupita Nyong’o (12 Years a Slave) and Beauty and the Beast star Josh Gad have just been cast to star opposite Australian actor Alexander England in the film.

The movie will be produced by Keith & Jess Calder’s Snoot Entertainment and Bruna Papandrea’s Made Up Stories with production having already begun in Sydney, Australia, with a major investment from Screen Australia in association with Create NSW.

Alexander England plays Dave, a washed-up musician who volunteers to chaperone his nephew’s kindergarten class field trip after taking a shine to the plucky schoolteacher, Miss Caroline (Nyong’o). Dave’s intentions are complicated by the presence of the world’s most famous kids show personality, and competition for Miss Caroline’s affections, Teddy McGiggle (Gad). One thing none of them bargained for however, is a sudden zombie outbreak, from which Dave and Miss Caroline must protect the children.

Jodi Matterson and Steve Hutensky from Made Up Stories are also producing along with exec. producer Jeanne Snow.  Protagonist Pictures is handling international sales.

Papandrea previously produced Wild and the Emmy-winning limited series Big Little Lies for filmmaker Jean-Marc Valée, as well as Warm Bodies and Gone Girl, and his production company Made Up Stories just wrapped production on Jennifer Kent’s The Nightingale. The company also picked up Tina Brown’s The Vanity Fair Diaries to develop as a limited series.

Lupita Nyong’o first got attention for her supporting role in Steve McQueen’s 12 Years a Slave, for which she also won an Oscar, and she was cast JJ Abrams’ Star Wars: The Force Awakens in a performance capture role which she’ll reprise in the upcoming Star Wars: The Last Jedi. Early next year, she’ll be seen in Ryan Coogler’s Black Panther for Marvel Studios and Disney. She is repped by CAA and Del Shaw Moonves.

Gad has also done well with his appearances in Disney movies from the animated Frozen to this year’s Beauty and the Beast, which grossed more than $400 million and $500 million respectively. He’ll next be seen in Fox’s remake of Agatha Christie’s Murder on the Orient Express, following his appearance in the Open Road drama Marshall. Gad is with WME, Lighthouse Management and Ziffren Brittenham.

Repped by UTA and United Management, England also starred in Forsythe’s previous film Down Under, and he also appeared in Ridley Scott’s Alien: Covenant, as well as the Australian TV series Offspring.

“Little Monsters is an utterly charming and seemingly-impossible meld of zombie horror with romantic comedy that we expect will have genuine crossover appeal for audiences,” said Screen Australia’s Head of Production Sally Caplan. “Building on the working relationship forged on Down Under, we are thrilled to see Abe Forsythe and Jodi Matterson team up with vastly experienced producers Bruna Papandrea and Steve Hutensky and offer our congratulations to the team for assembling this inspired cast.”

Forsythe is repped by CAA and Plattform.