The world’s grittiest detective is coming back for another go, as BBC America has announced that Idris Elba will return to his Golden Globe-winning role of John Luther once again for a one-night special. The three hour one-off takes place after the events of season three of LUTHER, presenting a new chapter for the eponymous hardboiled DCI. The official synopsis is as follows:

This time we find Luther on a leave of absence from the police force, laying low in a rundown cottage. A visit from colleagues, Detective Chief Inspector Theo Bloom (Darren Boyd, Veep, The World’s End) and Detective Sergeant Emma Lane (Rose Leslie, The Last Witch Hunter, Game of Thrones) brings a shocking piece of news that draws him back to London in search of the truth. At the same time, a gruesome cannibalistic serial killer has struck the city, eating body parts as he goes. With a trail of clues leading from one crime scene to the next, Detective Superintendent Unit Martin Schenk (Dermot Crowley, Babel, Bleak House) and his team must work out the twisted logic that connects each victim. But this murdering mastermind is more than a match for Schenk’s police, outsmarting them at every step. It’s not long before Luther makes his triumphant return to the Bullpen, determined to capture the killer before another mutilated body joins the mounting pile. But he’s dogged at every turn by ghosts from his past. Isolated and volatile, it will take every fiber of Luther’s being to keep it together.

Below are official releases from the special: 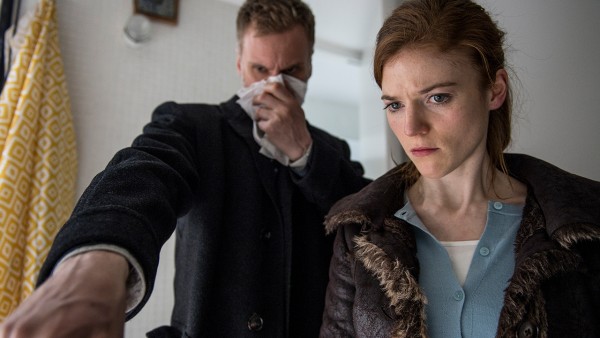