MacGyver attempts a new experiment in storytelling yet again this week with “Bullet + Pen,” and while the episode rounds itself out nicely, the plot line was a bit disappointing for the potential it had, winding up feeling just a bit too convenient in order to fit into the show’s hour-long slot.

Let’s talk about that for a second. I was really surprised at how intriguing this week’s episode was – I was genuinely curious as to where the episode was going; at first I thought I was lost and misremembering details from previous weeks’ episodes, but then I realized, no, this episode would also entail details from the case in question. This would have been fine, if the episode had been about twice as long to develop the plot; unfortunately this episode was meant as the mid season finale, so not only did it attempt to cover the course of a typical MacGyver plot, it also encapsulated half of a supposedly previous plot, and – on top of all of this – launched us into the mid season hiatus with a cliffhanger involving Samantha and Murdock.

First, let me tell you what I thought was going to happen, so that when I lay out the actual plot here in a minute you can understand where I’m coming from when I say that, while this may have been the most interesting episode to date in terms of plot, it was also one of the most disappointing of the season so far. 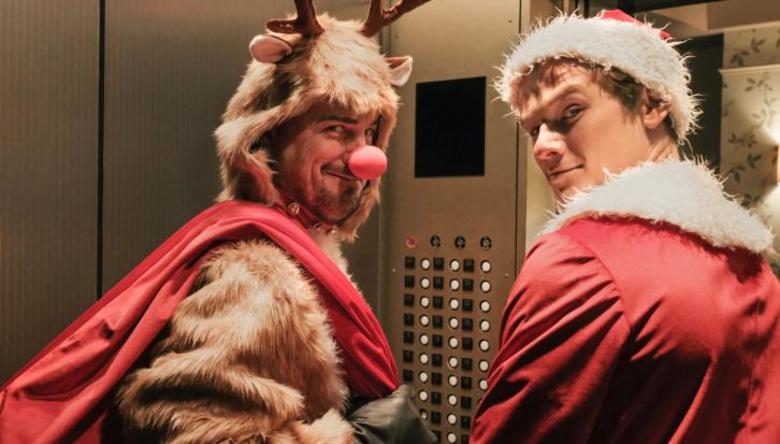 Where I thought the show was going was this: MacGyver gets arrested by LAPD for setting off a bomb in a warehouse where a dead man was later found. He’s interrogated for domestic terrorism and the murder of the mysterious man, who Jack is adamant wasn’t there when he cleared the warehouse before the explosion. Over the course of the episode, through a series of flashbacks, we discover that the man was, in fact, alive when the explosion happened, and that Mac’s being framed for the murder via the explosion. Then, as the episode progresses, we discover that the case was a fake case with bad intel in the first place, all as an elaborate ruse to get MacGyver locked up in the only way that the CIA wouldn’t touch him and the Phoenix Foundation couldn’t touch him. A ruse by who, we don’t know, but something you could bet the team would be working hard to figure out…

Instead, what we got was this: MacGyver gets arrested by LAPD for setting off a bomb in a warehouse where a dead man was later found. He’s being interrogated for domestic terrorism and the murder of the mysterious man after a Google maps street view car drives by timestamping him at the warehouse location at the exact time the bomb goes off. Jack is adamant there was no one in the warehouse before the bomb went off, and it turns out he’s right – Bozer remembers seeing the dead man peeling away from the warehouse before the explosion.

With a little bit of digging, Riley discovers that the warehouse was actually owned by a drug cartel, which has now moved into the market of meth dealing, which is why it was so easy for Mac to find the ingredients he needed to make the high temp bomb to melt the illegal weapons about to be distributed into the black market. They deduce that the dead man found at the ruins of the warehouse must have been keeping guard over the contraband, and abandoned the stores when he saw that he was outnumbered. Then, because he abandoned his post, he must have been killed by the cartel and his body dumped at the site of the bombing in the hopes of making it look like he simply died in the explosion.

Can I just stop here for a moment and mention that, here again, it’s a little weird that the forensic scientists examining the body didn’t notice what Mac did – that the body was located too close to the explosion to have actually died in the explosion itself – there would have been significantly more damage to the upper body had it been exposed to the flying debris that close. Also, if the man didn’t die by explosion, how did he die, because you would think it would be pretty obvious to a forensic scientist if the man didn’t die in a way naturally caused by an explosion. I believe they mentioned something about blunt-force trauma to the head? But still, it’s a bit of a stretch. 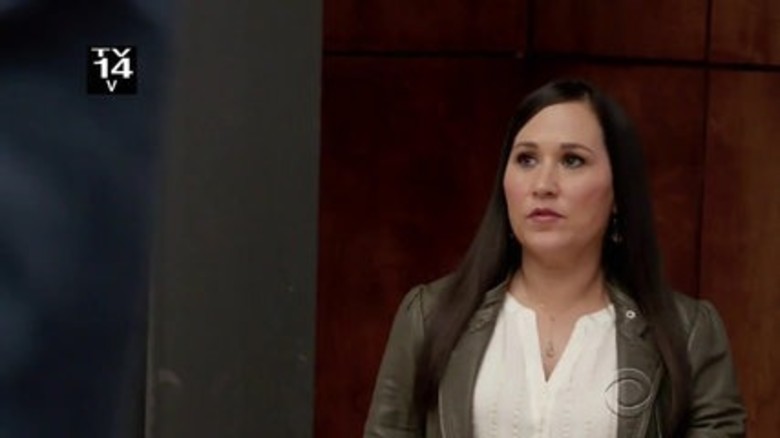 Anyways, back to what actually happened in the plot: With a little more digging further into the cartel leader and warehouse owner’s information and home, Riley discovers that the cartel leader has just made himself a fake badge to get into the LAPD. After refusing to let Jack and the team burst in and break Mac out of the jail because it would violate their covers and get them all – including Mac – permanently in trouble and running from the law, Marty finally throws caution to the wind in hearing this and demands the team go save Mac before the cartel leader gets to him and kills him.

Sure enough, the team gets to Mac just as the cartel leader begins opening fire on him and the two detectives holding him in custody – the three FBI agents who had shown up to interrogate him are naturally shot and killed by the cartel leader before Mac is able to save them. But of course, the team doesn’t come in to save Mac before he’s had a chance to truly demonstrate his macgyvering skills in front of the detectives and show them that he’s not a domestic terrorist – he’s a good guy with a specific set of skills.

Okay, so out of those two scenarios, which one do you think would have led to a more intriguing place? Was my ruse theory a little too generic and been there, done that? Because I feel as though recycled plots is what this show is all about. That doesn’t always have to be a bad thing if it has its own spin on it, which, in this case, is always MacGyver macgyvering things.

Finally, the episode wraps up for the mid season finale with a cliffhanger after Murdock shows up in Samantha’s apartment and shoots her, presumably killing her, but, personally, my money is on her not dying. There’s still too much we don’t know about Samantha’s past, and why Murdock would want to kill her specifically. I’m still pretty sure that she’s supposed to wind up as MacGyver’s love interest, though I’m glad they haven’t completely driven her into that category and have instead chosen to flesh her out a little bit so that we actually care what happens to her. 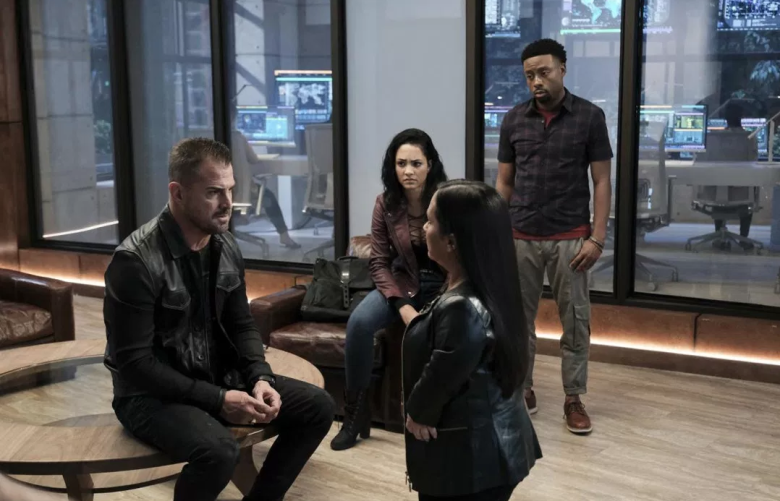 Also, Mac gets a gift from his father, and immediately recognizes it, though we don’t get a chance to find out what’s inside because just as he’s about to open it, Samantha calls him for help, having just been shot. But also, the immediate recognition that he’s received a gift from his father is also a bit off and seems a little shoved into an episode that’s already trying to do too much in too little time.

Okay, now a few thoughts from my dad before the Christmas season completely overwhelms him:

Hi sweetie. Sorry to keep this short, don’t have much time right before the holidays. You get it. Lots of basketball games to officiate so I (mom) can buy your Christmas gifts!! Just watched this week’s MacGyver – woah, what a trip! MacGyver gets arrested and the CIA can’t just immediately get him out of it, how crazy! And then at the end Samantha gets shot. I wonder if she’s going to die and if MacGyver will ever catch Murdock. Is there an episode next week? I’m thinking maybe not, since it’ll be Christmas week. But I’d sure like to know what happens next!

And there you have it, my dad doesn’t know how to use Google, but he’s very interested in know what happens next on the show.