MacGyver continues on its streak of well-balanced episodes with “CD Rom + Hoagie Foil.” The episode manages to tie in two different season arc developments while still giving us a decently paced mission story with relatively high stakes. It’s not the strongest episode of the season, but it’s still a massively significant improvement upon last season, and a promising continuation of the pacing and story balance this season has managed to develop.

Before I get into any sort of recap of the episode, however, I’d like to take a moment to point out the rough edges the show has yet to smooth, even in this massively improved season. 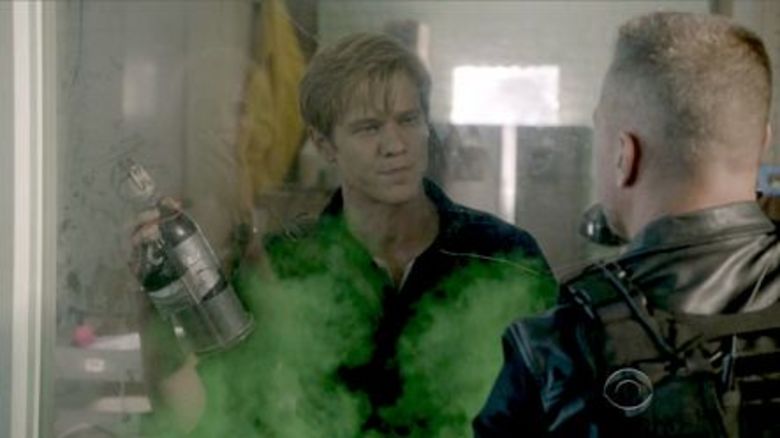 First of all, the number of jokes the show attempts to shove in is starting to get a bit excessive. It’s one thing to shoot for a lighter tone than, say, the original MacGyver. In fact, I think the banter between the team members actually helps the show work better than an overtly serious drama would. However, there’s a fine line between a well-timed joke or witty banter amidst a more serious episode and a drama that’s trying desperately to be a comedy. This episode verged more on the latter with a first act that shoved quite a few punchlines into Jack’s dialogue – punchlines that never quite landed, mind you – and some location captions that really undermined the deeper moments of drama that could have done without the attempt at humor.

Second, let’s talk about Matty and what the discovery at the end of this episode implies and might mean for the future of the team. First, let’s talk about the fact that this implies some sort of negative motive involving Matty and MacGyver’s dad, and how the show needs to tread carefully down this road, as we’ve already had one Phoenix lead revealed to be a big bad (Patricia). Having two would just seem like lazy writing. However, I am glad that Matty might finally be getting pulled more into the story. It’s about time, since she’s mostly been stuck behind Phoenix doors, yelling orders at everyone else. 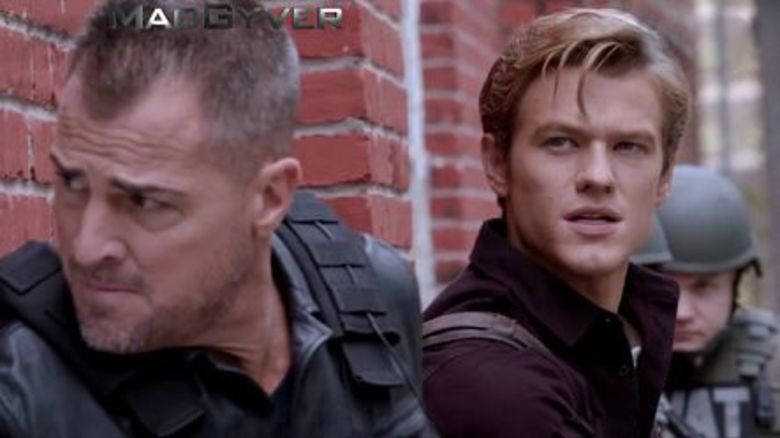 Finally, let’s talk about Samantha this episode. She gets kidnapped by the bad guys in this episode, because she trails them too closely – even I could tell she was following them with clear line of sight to her vehicle, bad move on the part of someone who is supposed to be a great spy. When she gets kidnapped, I was immediately disappointed, thinking, “oh no, the woman becomes the damsel in distress yet again.” However, the show pleasantly surprised me when, instead of waiting for Mac and Jack to track her down and find some way to rescue her, she manages to tell a convincing enough lie to get the bad guys to not only let her go, but also agree to a rendezvous point that will allow the team to create a fake gas weapon and acquire the real gas weapon while also potentially capturing the entire terrorist cell planning the gas attack in the first place.

So, as Samantha says in the show, she saved herself, but she also saves the mission from going completely belly-up. Girl power at its finest, and a wise move on the side of the show to not resort to cliche and sexist tropes. Though there’s still that underlying hint of possible romance budding between Mac and Sam, and the sexual tension is there, and I can already feel my massive eye roll waiting at the back of my head for when the show finally decides to “surprise” us and put those two together. Cage has certainly become an asset to the team and I will give the show kudos for putting in actual effort to make her more than simply the next love interest for Mac, but I’m still not sure how I feel about the show possibly pairing those two up. It still just feels orchestrated a bit too much. But, maybe I’m getting too ahead of myself, and the show will never actually put those two together, who knows? 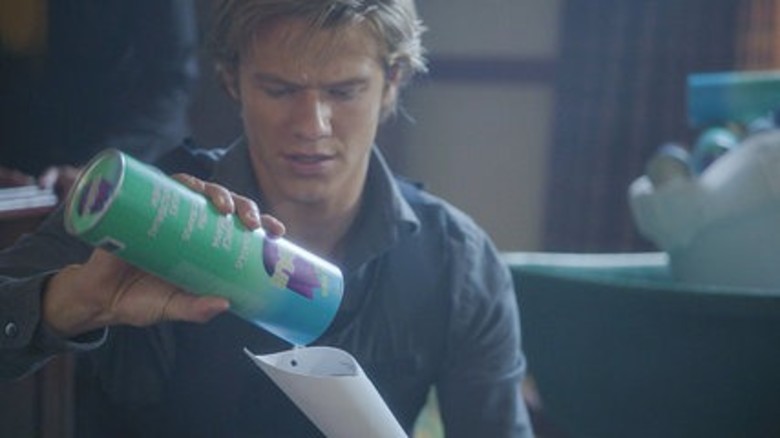 And now, before I wrap up this review, it’s time for some Dad Thoughts:

Hi Sweetpea, I didn’t catch this week’s episode on Friday night, but I’ll watch it on that app thing just as soon as your mom figures out how to put it on the TV and shows me how to use it. Judging by the previews of it that I saw while watching NCIS this week, I’ll bet it was a really good, one, though. Love you.

Well, there you have it, folks. My dad missed an episode of MacGyver because he officiates basketball games and he doesn’t know how to use technology. But clearly, the promo office is doing a great job, so kudos to them.

Until next week, then.