MacGyver fights a rogue A.I. war machine in this week’s episode, “CO2 Sensor + Tree Branch.” While the episode offers a few moments of intriguing suspense, for the most part it is a step back from the more interesting episodes MacGyver has done lately, offering a rather bland landscape from which we are better able to notice the show’s other bad habits and flaws.

For one, let’s talk about something I’m not sure I’ve really fully discussed before. Of course I talk a lot about character motivations, emotional depictions, social messages, etc, and I know I’ve even mentioned the dialogue in passing before. But let’s talk about the dialogue for a second, because its expositional nature is something I realize is almost a staple of the more or less procedural drama genre, but for some reason it’s really sticking out like a sore thumb in MacGyver. 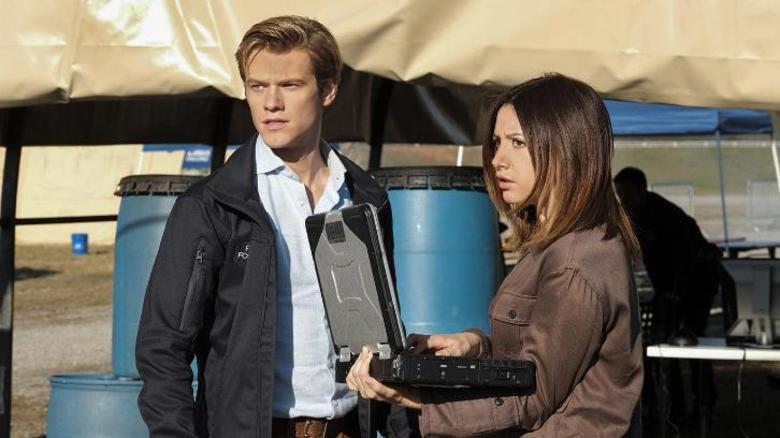 Don’t get me wrong, I understand expositional dialogue in these types of shows. Of course it’s still boring, but when you have one character put complicated scientific principles or details to a lamens terms, it’s so much easier for the audience to follow along. It’s practically a formatting staple.

However, the challenge becomes how to fit all of that explanation in without it feeling too much like explanation and not enough like natural conversation. Most shows get away with it by having a ‘debriefing’ scene near the beginning of the show where whatever detectives or crime solving gang we’re watching is given the details of the mystery or mission they have to solve. Or, the show manages to disguise the exposition by putting one person who isn’t “in-the-know” in a group with others who then have to explain the situation to them.

In the case of MacGyver, however, these rules or tendencies seem to just get tossed out the window. Instead, the show seems more concerned with ensuring that everyone has a line to say instead of making the dialogue, or the situation the dialogue comes up in, feel natural. This seemed particularly evident when the Mac, Riley, and Bozer were all trying to explain the A.I. vehicle competition to.a.robot. and in the end it wound up feeling more like they were just mansplaining the whole situation to each other in some weird, preconceived scenario that they couldn’t stop. 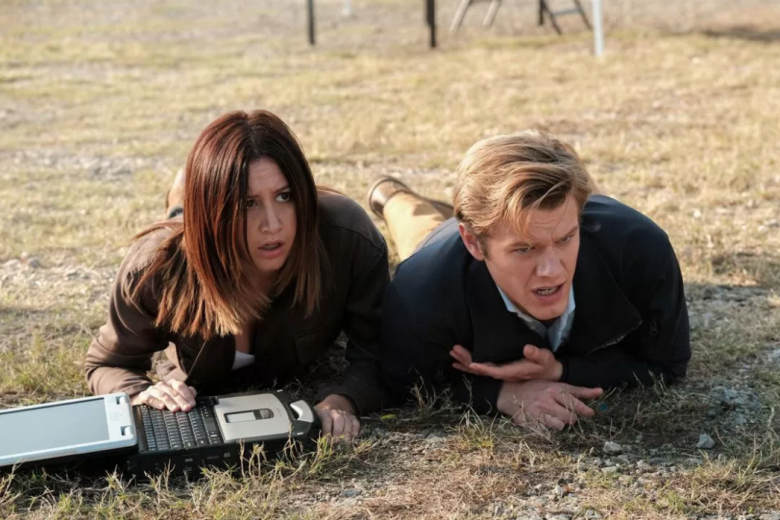 Which is accurate. Because this is a TV show and that’s exactly how it is. But we’re not supposed to feel that way while we’re watching the show. Which is frustrating.

And, as someone who most definitely watched all of the High School Musicals (no shame) it kills me to say it, but Ashley Tisdale’s performance in this episode just a miss entirely. Lines delivered weirdly and zero chemistry between her and Lucas Till. Who, I’ll add here, does not need to have a past or an intriguing love interest with every.single.woman. on every.single.mission.

That bit is actually genuinely confusing to me, because the show tries hard to be “feminist” – I put it in quotes because the show gives a lot of verbal time to trying to promote hot topic feminist ideas (like mansplaining) but the show doesn’t actually do a whole lot when it comes to changing the way we perceive these types of shows. Mac always has women expressing interest in him. Jack is always trying to pick women up. Bozer is always pining after someone – none of these are healthy ways to depict men interacting with women. I would like Jack to stop hitting on women and just be a normal human being around someone he thinks is beautiful. I would like Mac to have one mission where he helps save the day with a woman and neither of them asks the other out. I would like Bozer to accept no and be genuinely cool with it. 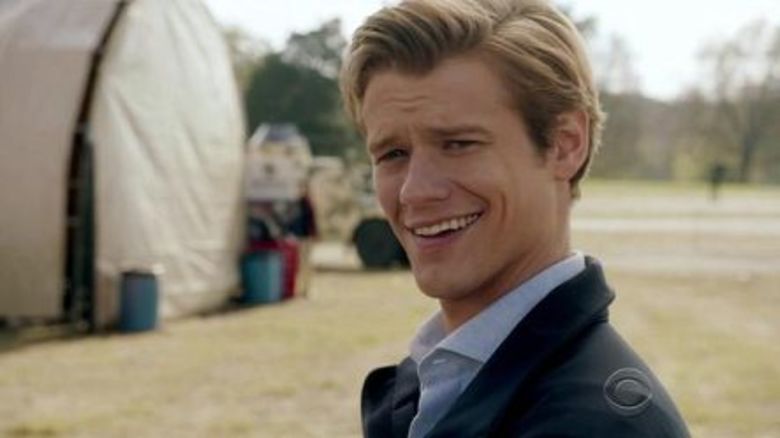 Of course, these issues a bit more subtle and harder to see, and it was only because this episode was so “meh” that I really stopped to think more seriously about them.

Finally, here are some Dad Thoughts for those of you who wholeheartedly disagree with me:

Hi sweetheart. Mac was good this week, though I can’t imagine the military every building an unmanned death machine like that. Especially not one that’s hackable. But it made for a pretty suspenseful show! I wasn’t sure Mac was going to be able to stop it before the girl got blown up with the vehicle.

Even my dad thought it was a bit of a stretch. Come on, MacGyver. You’ve shown us you can be better than this.