MacGyver hands us a solid filler episode with “Duck Tape + Jack.” The show continues to offer silly dialogue and a somewhat expected rhythm of action, but the thorough character development adds an emotional piece to the show that allows us to connect with it, despite the shows procedural nature.

Now, my critique that the show doesn’t really give us much in the way of surprises isn’t necessarily a negative. It’s not the most innovative or exciting way to thread a series, but MacGyver, at the end of the day, is an action procedural, just as Law and Order is a judicial procedural. This is the way CBS likes to do their shows – with perfectly groomed formulas and basic scene ingredients for every episode. The show’s biggest issue last year was its inability to find its footing in this procedural formula. It was like Monica trying to figure out Phoebe’s grandmother’s cookie recipe, Nestle Tollhouse. Sometimes it worked well, and other times it completely bombed. 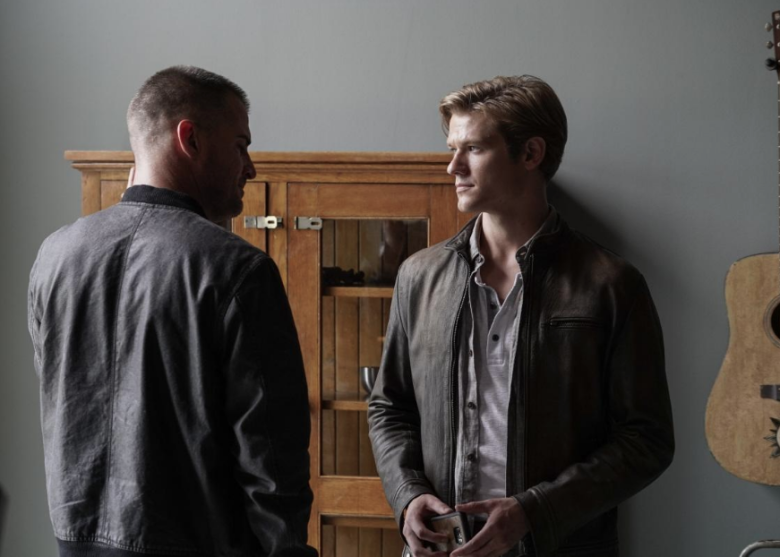 This season, however, the show seems to have finally found its footing, falling into certain expectations for story procedure and outline. This episode was very evident of that, as we spend the teaser on a mission gone awry with Jack and Mac for the seventh time, before introducing us to this week’s problem and mission in the first act. Then, once the mission has been explained and the team sent off on their ways, our team members quickly run into complications to their original plan, and Mac has to macgyver the team’s way out of their problems.

It’s a formula that doesn’t offer much in the way of exciting developments, and makes sure Matty’s dialogue is always extremely bland and obvious, but it works. It gives us a smooth story with building action, high stakes, and a chance to see MacGyver and his team members show off their skills.

This episode did provide a couple of great things to stand out from its seasonal predecessors. First, and probably most obvious, was Mac’s graduation from using Jack’s electronics to using Jack himself to macgyver things. Like the aptly named title of the episode suggests, Mac has to use Jack to keep the transplant heart beating for an Ecudorian presidential candidate who is trying to defeat a corrupt dictorial-like president from continuing his reign of power and terror. For someone who’s squeamish, like me, it’s a little harder to watch Mac macgyver this one, if only because there was a needle and the suggestion of blood. 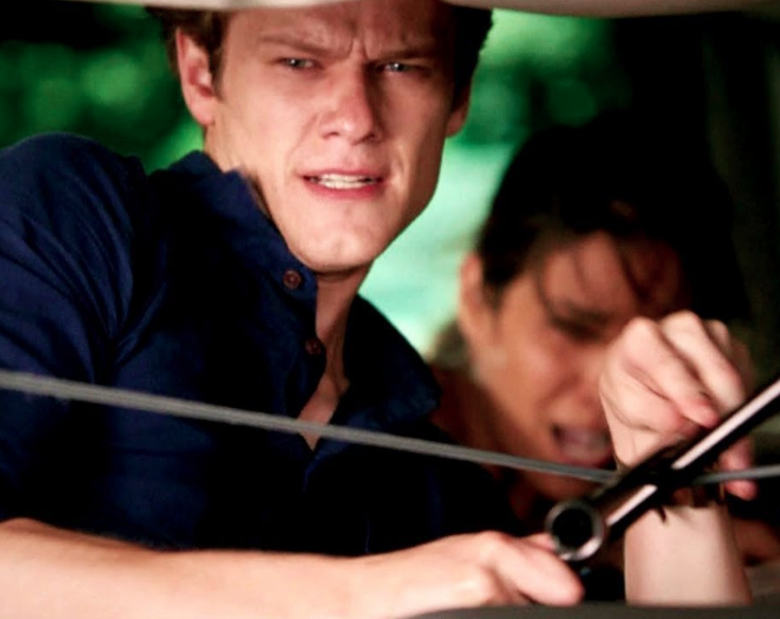 The other thing that made this episode standout was Bozer’s desire to try and find Jack’s stolen things for him. Since he gets left behind on this mission, he pairs up with the Phoenix forensic scientist, who has been popping up all season with lines here and there, to try and find out what happened to Jack’s things. It’s really a sweet moment of initiative on Bozer’s part, and in a limited way helps further develop his character.

It is a little interesting how every episode seems to involve some sort of character development pairing that includes Jack, not MacGyver. As though Jack is the one that everyone on the team has to bond with. Perhaps this is because his bond with MacGyver is already so strong that it’s the only way to help the rest of the team prove their worthiness of that sort of tight-knit bond? Or perhaps it’s because Jack – despite an earlier episode claiming he’s the weird uncle – is the father figure of the group? Or perhaps it’s just backs Jack is the comedic relief and therefore more fun and interesting to pair up with team members individually.

And now for some Dad Thoughts:

Yeah, I thought it was good.

You heard it here, first, people. My dad thought the episode “was good.” Set aside an Emmy for the team. (I think he was in a rush this week – we’ll check back in next week, maybe he’ll have more to say then.)