MacGyver is back this week with “Hammock + Balcony.” While not the most dynamic episodes of storytelling, still one of the better ones this season, managing to give us a well-formed isolated episode arc while also addressing aspects of two different seasonal arc issues: Bozer’s spy school forbidden girlfriend and the mystery behind Mac’s dad and Matty.

First, I would like to take a moment here to acknowledge a fact that had never really crossed my mind before today, but feel that maybe we should discuss: MacGyver is a show starring millennials but written for a slightly older, male audience. (Okay, so the target audience is probably actually men ages 18-49, which is mostly millennials, but since my dad is not a millennial and loves this show, I’m going to imagine that it’s mostly Midwestern men, ages 30-65, that are watching it). I don’t really know if this exactly changes any of my views on the show, or if it helps explain anything about the way the show comes across, other than the fact that it might justify why it is that this world that MacGyver has created feels slightly off from reality. 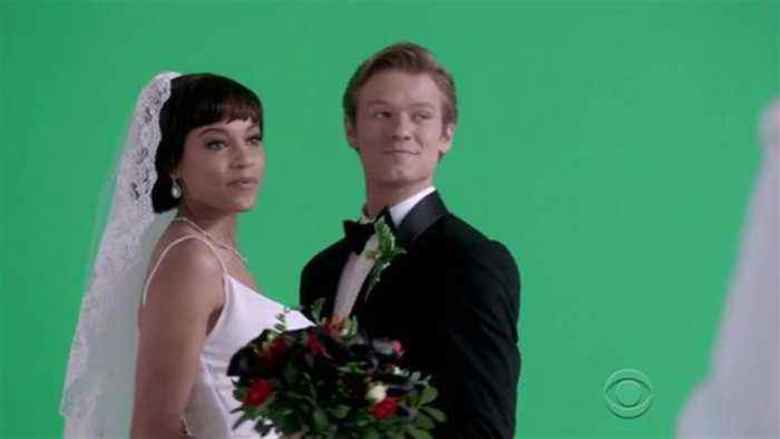 Then again, it could just be the fact that the reality MacGyver is set in is one where there is a super secret government spy agency that is more covert than even the CIA and consists of a team of four people and their boss, one of which was able to outrun an airplane taking off in the pilot episode. Yes, the show will never live down that little leap from reality, in my personal opinion.

This episode specifically brings together Bozer, Riley, Mac, and Bozer’s secret girlfriend from spy school on a secret mission posing as newlyweds to try and gain the confidence of a notorious mob boss’s son. However – and here’s a spoiler for you, so if you haven’t seen the episode yet, stop right now and go watch it before continuing to read, if you plan to watch the episode at all – Bozer gets paired up with Riley and his secret girlfriend gets paired with Mac, despite us finding out at the end of the episode that Matty knew all along that Bozer was dating this woman. 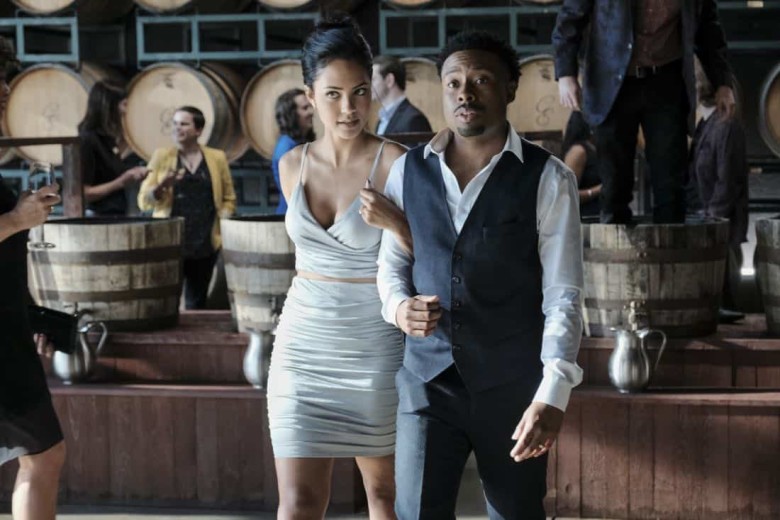 This to me causes a little bit of room for confusion, because why would you pair Bozer’s best friend up with his girlfriend if you knew they were dating the whole time and asked her to take part in the mission because you knew they were dating? Even if Matty had given off some reason like, that she wanted to make sure that Bozer could remain emotionally removed from the mission, I would have accepted that. However, Matty doesn’t really give any explanation. She just says she knew all along and that’s why she asked Bozer’s girlfriend to join the mission. It lacks a lot of logical reasoning and makes the entire plot feel somewhat manufactured solely for the purpose of eliminating the potential drama in the idea that Bozer’s relationship is a conflict of interest for his work.

But then again, this is what the show does, over and over again, isn’t it? It sets up these somewhat interesting conflicts that have the potential to build into something that’s actually dramatically fascinating, and then it deflates itself before ever having a chance to actually build on these little bumps in the road and make them worthwhile. Then the show is left feeling somewhat bland and lazily written, with these story arcs that go nowhere and only a single thread of story propelling the season forward. It’s pretty disappointing. We don’t even get to see any conflict in Bozer having to deal with Mac pretending to be his girlfriend’s husband, has Mac picks up almost immediately that there’s something between Bozer and this woman. So we’re even robbed of that conflict within the episode. 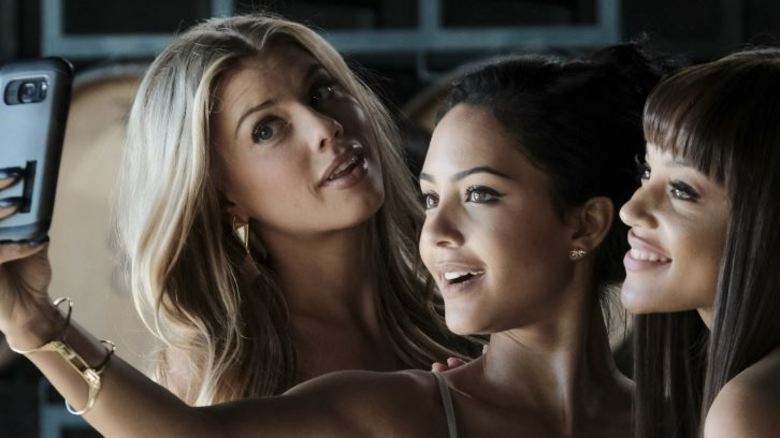 Okay, before I go off on any more rants about this show, I’ll let my dad have the last word with his Dad Thoughts:

Hi sweetie. I thought this week’s episode was great! I especially liked that Riley and Bozer’s girlfriend got to be a main part of the mission. Now those are some strong female role models! And the twist at the end, where we find out that the son is actually the father’s righthand man – I didn’t see that one coming. And him running in his underwear in the forest! Hilarious.

So there you have it – Riley and Bozer’s girlfriend get my dad’s stamp of approval as my new female role models.