It’s Riley’s turn to shine in this week’s episode of MACGYVER, “Muscle Car + Paper Clips.” In a surprising turn of events, the show tosses most of its procedural habits aside to give the show a much more well-rounded team story arc, and in ditching its attempt at being a reboot show, I think the show has finally found its voice and a well-balanced approach to what still has the potential to become dynamic storytelling. (Let’s just hope this episode wasn’t a fluke.)

Okay, okay, I know what you’re thinking: I just liked this episode because it centered around a woman, not MacGyver. And yes, while I did enjoy that the show is giving its women a more active role in the storylines, that wasn’t necessarily what made this episode so much better than the rest. There were several factors that attributed to this episode shining the way it did.

For starters, the show didn’t ask us to believe anything overly or obviously ridiculous, like MacGyver outrunning a plane taking off, or Samantha’s blonde hair and wispy scarf believably passing for a Syrian guard (the lamest cheat in story from last week’s episode). Granted, my lack of medical knowledge might attribute more to my ability to believe a car could be rewired to operate a pacemaker, but at least it’s not something obviously screaming at us, “this is impossible!” Which outrunning a plane or being a blonde woman in Syria pretending to be a guard tends to do much more loudly. 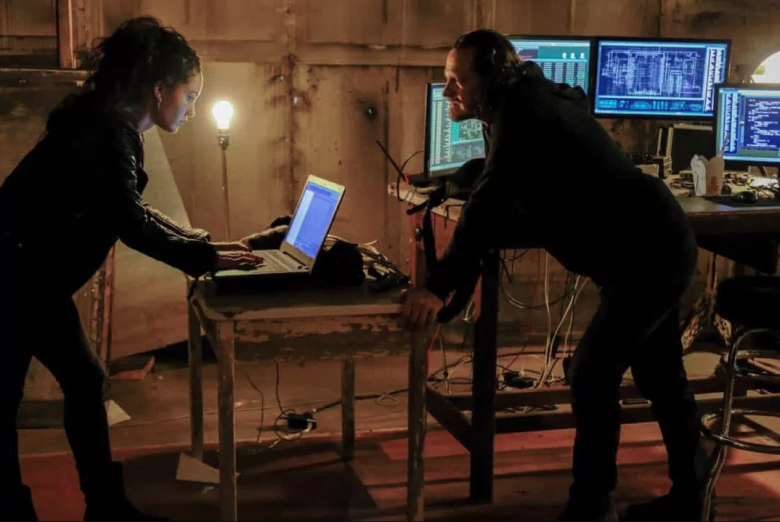 And that’s the real beauty and fun of MacGyver, isn’t it? Transforming ordinary things into unbelievable things, but in a way that makes the audience want to believe? MacGyver is set in a realistic world, so the problems they have and the ways in which they solve those problems need to be convincingly realistic to its audience.

That’s part of what made this episode so great – because the focus was not on MacGyver, the responsibility of saving the day fell more evenly to the other team members, giving them each a chance to really show off their personality as they each reacted to solving the same problem in different ways. And, because of this, the story didn’t need Mac to MacGyver fifty different things to power through the episode, so when there was MacGyvering, it had the chance to be a more significant invention, instead of simply a device to move the plot forward. And with less MacGyvering written like a square peg trying to be jammed into a circular hole, the inventive solutions Mac comes up with are much more believable.

I will also add that finding a muscle car randomly in downtown LA might seem like one of those unbelievably convenient coincidences I complained about in last week’s review, but, living in LA, I can say with all honesty that there are a lot of antique car owners out here, so, while they aren’t a super frequent find, I don’t think it would be that hard for Mac to believably find a muscle car on the streets of LA.

In all honesty, though, what really made this episode great was the emotional development between Riley and Jack. This episode did a great job of putting the action and plot second to the character development, which was very dynamic. Not only are both Jack and Riley coping with each other and their differing views about this mission, but their differing views are actually motivated by their deeper, more personal issues that they’re also dealing with. For Riley, it’s coming to terms with the man she shot and killed in the finale episode of last season. For Jack, it’s his guilt over abandoning Riley as a child. This episode provides far more emotional depth than any episode of the show before it, and it really adds a dimension to the show that wasn’t there before, but was direly needed. 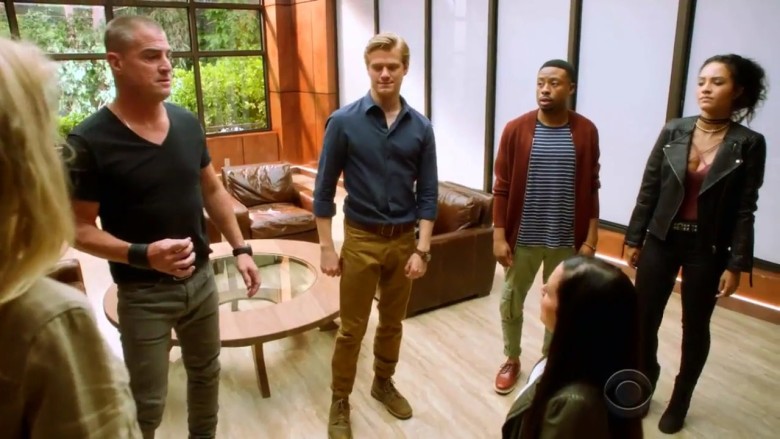 I’ve said before that the best episodes of this show are the ones where the action takes a back seat to the emotional journey of the characters, but this episode makes those feel shallow by comparison. I will add that I find it interesting that Jack seems to always be revolving pretty close to the center of each emotional arc – whether it’s Jack and Mac, Jack and Riley, or Jack and a female guest star – it almost feels as though Jack is the main character, not Mac. Jack certainly gets more emotional coverage than Mac does, but perhaps it’s more because of he’s the father figure to the rest of the team.

Still, if the show really wanted to add depth, come into its own, and create some real material for longevity’s sake, it would start investing in some more emotional ground coverage with Mac. Give Mac some flaws, make him have to make a choice or two that doesn’t seem like the good choice, but is the right one in the moment, really test his bond with the Phoenix team and demonstrate that his care for his teammates goes beyond a simply coworker bond and moral duty to protect.

Okay, and now it’s time to hear what my dad thought of this week’s episode:

What a great episode! Riley was able to save the day by building a cellphone and a tablet computer in the trunk of that car – it’s like she didn’t even need Mac to do anything. That was pretty interesting. Though if I had been Jack, and Riley had been you, you would never have gone on that mission in the first place. Absolutely no way!

They didn’t use Mac too much in this episode at all, which I thought was interesting because it was still a really entertaining episode. That car he stole was beautiful, though – looked like the kind of car I wanted when I was a teenager. Too bad they had to break into it, what a shame. 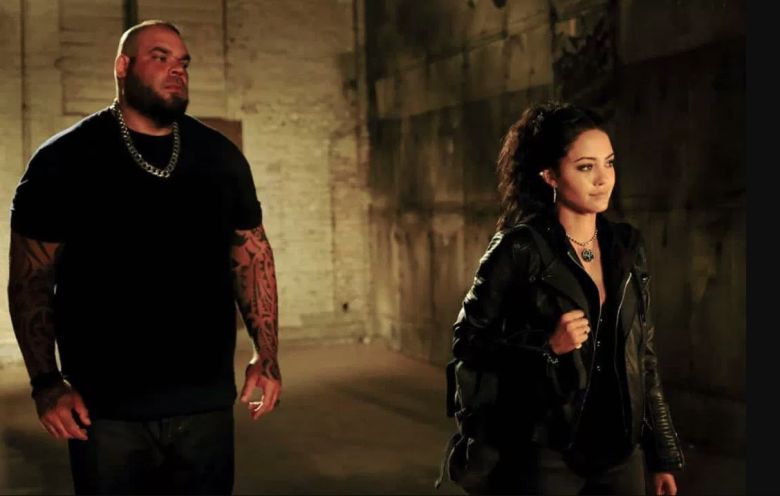 I don’t think the blonde girl is Mac’s ex-girlfriend. The team acts like they’ve never met her before, so she must be someone new. They turned her into the “sexy spy,” this week and it seemed a little out of the blue for the episode. I think you’re right – I’m betting they try to turn her into Mac’s love interest. I don’t know how they’re going to do that, though – she seems so stiff and unemotional. That scene where she’s trying to interrogate that ambassador just felt like a popsicle stick in a red dress, trying to seem intimidating. I liked her better when she was in pants, kicking butt.

Anyways, can’t think of anything else to say. Thought it was a pretty good episode. XO

Well, at least my dad figured out that Samantha isn’t Nikki. And I have to agree with him, the show could be much more feminist in its use of Samantha’s character. Right now she still just feels like a decorative ornament for the team.

I’m looking forward to finding out if the show can continue to build momentum with this new approach to its stories, or if this episode happened to be a fluke. Let’s hope for the best!