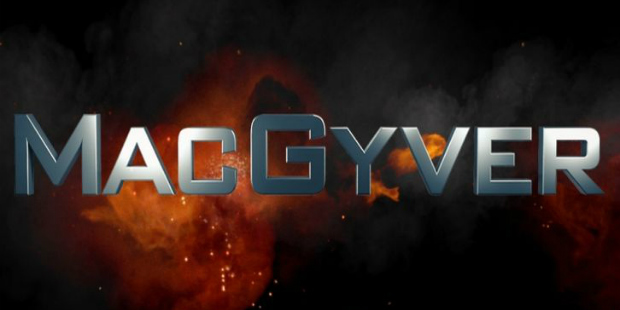 MacGyver takes on art heists and secret spy rings in this week’s episode, “Packing Peanuts + Fire.” The episode strikes a great balance between humor and action, and manages to make the show about the relationship dynamics between the characters without losing all of the excitement of an action TV show.

With this episode, I think we can officially and safely say that MacGyver has come into its own. With every episode thus far this season steadily improving, it was only a matter of time before MacGyver finally found its sweet spot between character and action.

This season has also done a much better job of adding some variety to the plotlines of the show. Last season it seemed as though every single episode was about stopping terrorists by deactivating bombs or ruining their drug deals. There were certainly more than just those two things going on in the first season, but we got enough back-to-back episodes of generally the same thing to make it feel as though the show didn’t have more than two types of plot.

This season has evolved from that, however. There is still obviously a lot of the same from episode to episode – that’s what happens when you write a procedural show with a very strong pattern. But, the plotlines genuinely feel different, and part of that is likely because the show has managed not to put two similar episodes side-by-side this season. 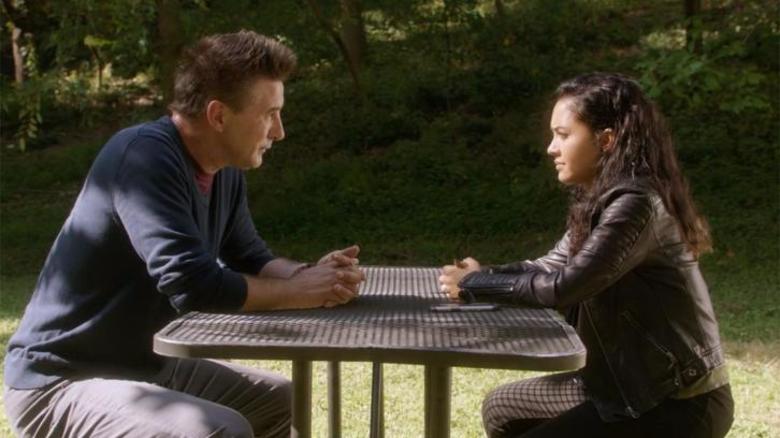 Take this specific episode for example. Even though we’ve seen Mac and the gang go undercover before, and even go undercover as criminals, this is the first time we’re seeing them actually do criminal things. At least, not without the permission of the person they’re committed crimes against. That was the case this episode, when Phoenix was not able to obtain permission to borrow a piece of artwork from the owner, and had to steal the artwork instead. It made for an interesting new dynamic to freshen up a used plotline, and it worked.

It also worked because the entire mission was simple enough that the characters could focus more on each other, allowing us to dive into a character-driven story, rather than one driven by the mission the team is on. While every episode this season has involved some aspect of personal development for at least one of the team members, this is the first episode where I can honestly say the show was centered on that, not on a mission. And it really works, despite the assumption that everyone – including the writers, perhaps – might have that MacGyver has to always be about the big, complicated mission

In fact, the biggest mission in the show didn’t involve MacGyver at all. Instead, it was all about Bozer, who has been sent off to field agent basic training by Matty. He’s doing alright and improving everyday, but he notices a suspicious man out on a run one night and follows him to his garage, where he discovers the man is storing immense amounts of spy-grade surveillance technology. He breaks into the man’s garage later and finds nothing, so he follows him again and this time picks up a package that the man had left in a trashcan as a drop off. 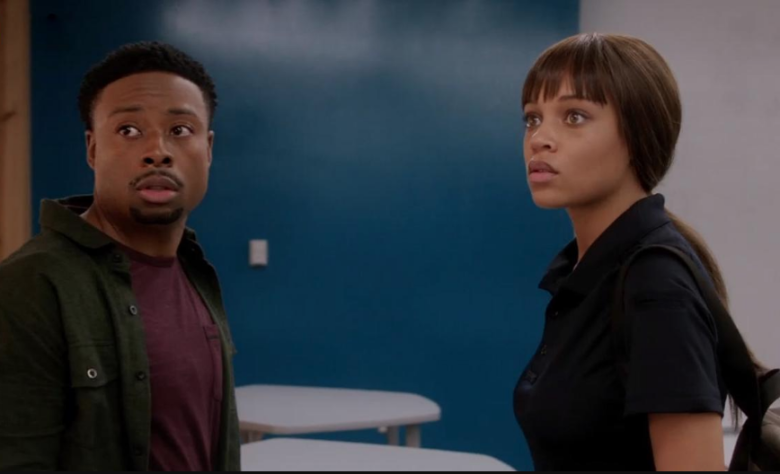 On the flashdrive is numerous files about Bozer and the other agent students and the school where they’re training – a school that is not supposed to exist or be known about outside of the government programs these students are training for.

Bozer goes to tell his instructor about it, but the man breaks into the school and chases Bozer and his fellow student friend down. Luckily, Bozer’s student friend is able to distract the man long enough for Bozer to find a huge stick and knock him out with it. Thus, Bozer stops a huge spy ring dedicated to identifying undercover agents before they even leave training.

Between Bozer’s first chance to shine as a true action hero without Mac’s or Jack’s help, Riley’s personal journey throughout the episode to make a new connection with her biological father, and Jack’s concern for Riley when he notices she’s not telling him something, the episode actually makes for a really solid hour of TV. Even the dialogue isn’t super cheesy – though Matty’s lines are always super stiff and I wish the writers would hurry up and figure out her voice so that she stops sounding so melodramatic. 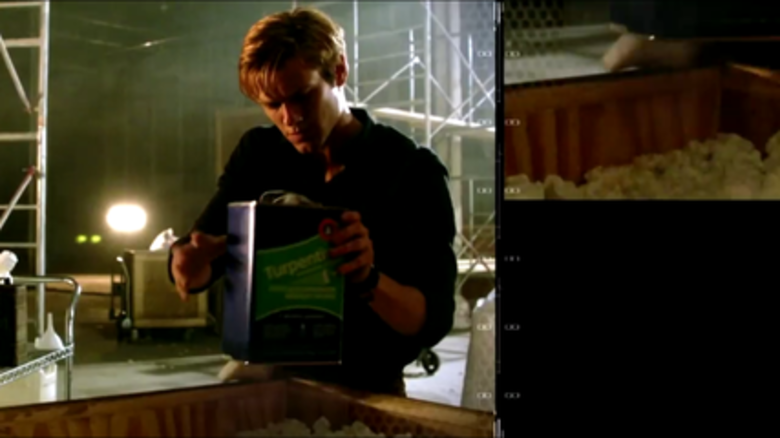 But besides that, a really good episode.

And now, I’ll leave you with some Dad Thoughts:

This was such a great episode! I really enjoyed Bozer getting to do his own mission. And Jack’s bit in the art room about the chair – he’s totally right! Chairs are not pieces of art. Except for that rocking chair I refinished for your mom. That thing took me months to finish! Oh man, but that scene at the end when they’re returning the painting, and Jack sets off the alarm, AGAIN, oh man that was funny. What a hoot! I am really surprised about Riley’s biological father, though. He is not who I imagined her father would be. Isn’t he the guy who plays Trump on SNL?

For the record, dad, Billy Baldwin plays Riley’s biological father. Alec Baldwin does Trump impressions on SNL. So close, but not quite.