Cue ‘Secret Agent Man’ for this week’s episode of MACGYVER “Roulette Wheel & Wire.” The episode was incredibly good by the show’s normal standards, playing up the theme of casino heist. It seems that setting the entire episode in one singular place does some good for making the macgyvering feel more genuine, more creative, and less incidental.

Real quick, I want to talk about the show’s opener, because they’ve been trying a slightly new format, where they take the climax of another mission the team has supposedly gone on, and start us there, then cut forward to this week’s mission. I haven’t complained about this thus far because 1) I’m used to this slightly unusual take by now and 2) I understand enough about production costs to know they can’t show half the things they’re suggesting happen because they need the budget for the actual mission action. 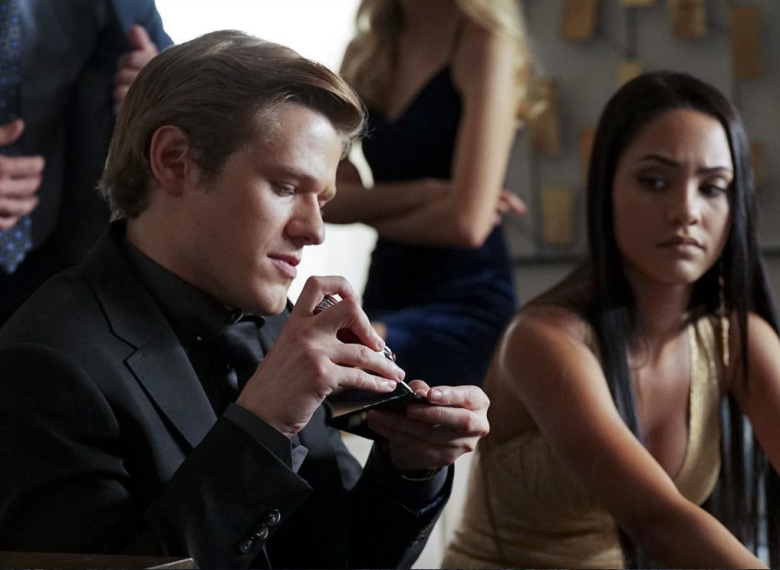 However, I liked that this week’s episode actually had a long arc tie in, showing Mac trying to make a radio before he and Jack freeze to death, but being reluctant to use his watch because of the clues it might hold about where to find his dad. The rest of the episode doesn’t address this at all, but it’s a nice move on the part of the show to place some actual importance on every part of the episode, so nothing feels like a throwaway.

I also want to say, I totally called it, people. If anyone out there actually reads my MacGyver reviews AND watches the show, please, vindicate me here. The episode character development was all about where Samantha fits into the team, and the entire time the conversation is happening I’m just like, “Oh my god, this is what I’ve been saying since day one.”

Okay, so this is only the third episode of the season, so day one was literally two weeks ago, but still. And even though I didn’t use the family analogy, I essentially categorized the team in the same way. Weird Uncle=Brawns=Jack, Mother=leader=Maddy, Rebel Sister=Savvy=Riley, (quirky) Brother=Comedic Relief=Bozer, (protective) Brother=Brains=MacGyver, which leaves Girl Next Door (the title Mac gave Samantha) = love interest.

Man, I was really hoping I was wrong about Samantha. I mean, I like the character – she’s smart and strong, and can take care of herself. But I don’t like the fact that the entire point of adding her character to the team seems to be to create the opportunity for a love interest for Mac. It’s an aspect of the show’s greatest flaw coming to fruition: nothing occurs organically on this show. Everything is by design. The best shows and the best show relationships stem from the natural chemistry between two characters, and that’s just not happening between Mac and Samantha. 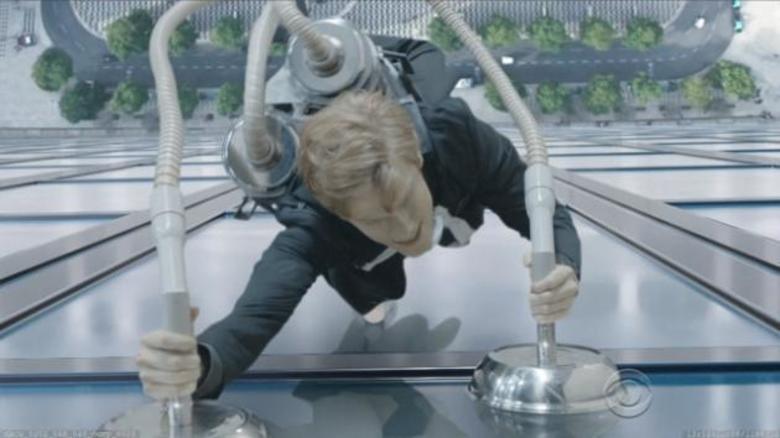 However, now that I’ve complained about how forced this episode feels, I’m going to backtrack and praise it for how organic it feels (in comparison to the show’s usual standard). This is actually a great episode. It’s fun, it’s fast, and it’s full of exciting adventure and high stakes. The characters aren’t handed any easy outs, and they have to actually work for a successful outcome. Because of that, I was actually able to suspend my disbelief for once, and buy into Mac being able to macgyver a vacuum into helping him scale a building, and I also wasn’t turned off by the ticking time bomb of a nuke going off (something this show has done more than once in the past). It helped that the outcome was different this time – Mac wasn’t able to stop the bomb in time, but they were able to get it into a contained space where it could explode without killing anyone.

It had a good balance, keeping us on our toes as the team had to continually readjust their plans. It also involved everyone, so it felt well-balanced in terms of each character contributing to the story and the action. I think this also helped free the burden off of Mac to come up with a ridiculous number of inventions, which allowed the ones he did come up with to be much more believable and exciting. 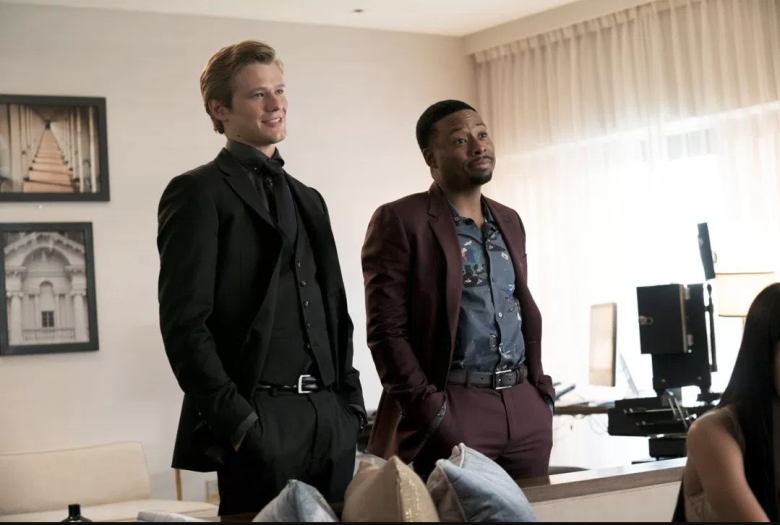 And now, for some Dad thoughts:

Did you see this week’s MacGyver? What am I talking about, of course you did, you review it! (Oh, don’t put that in the review.) I thought this week’s episode was great! It reminded me of that James Bond movie – Ocean’s Eleven [he means Casino Royale]. Lot’s of fun!!! That girl, the one that’s not Mac’s ex-girlfriend, she was in this one too, so they must be keeping her around on the team. I like her, but I was hoping if they were going to add a new character to the show they’d have gone for more of an Abby [from NCIS]character. I like Abby a lot. She’s fun.

The best part of the episode was definitely Jack, though. That part when they’re up in the suite playing poker, and Jack is coming up with this whole backstory about being a beef jerky mogul, I definitely laughed at that. That beef jerky did not sound good at all. And then the bit where he gets a tiny gun was a hoot. Oh, and the part at the beginning when everyone walks in while he’s getting his frostbite treated in the infirmary, and he’s mooning everyone on accident, that was really funny. They couldn’t do that with a woman, though. If that was Samantha in Jack’s place, it wouldn’t have been appropriate for television. Weird how men’s butts can be funny but women’s butts are still too sexualized. Just promise me that you’ll never moon anybody for the sake of a joke on TV. [Don’t worry, dad, I’ll never be on that side of TV, so the point is moot.]

Well, my dad covered the only other thing I had to address about this episode, which was the issue of the joke bit about Jack’s frostbitten butt, but I think he said it about as well as anything I could’ve said. I’m looking forward to the day when a woman’s frostbitten butt can also be a funny joke on an hour long action drama. Until then, I guess we’ll just have to keep watching MacGyver and hoping for the best.