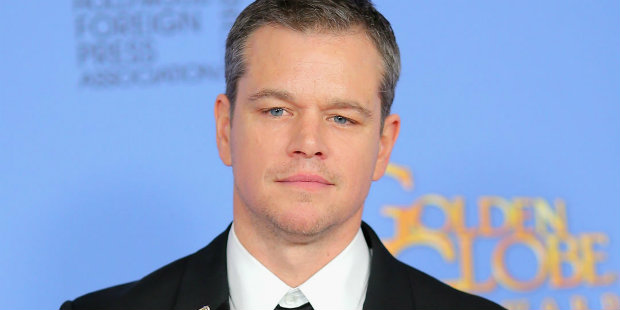 Penny Lane’s 2016 doc Nuts! gave a pretty good idea of the nuttiness of John R. Brinkley, a would-be doctor in the early 20th Century who would prescribe an odd surgical procedure to his patients to cure impotence.

Now, it looks like actor Matt Damon will portray Brinkley in the new film CHARLATAN, based on Pope Brock’s non-fiction book Charlatan: America’s Most Dangerous Huckster, the Man Who Pursued Him, and the Age of Flimflam.  Brian Koppelman and David Levien will reunite with their Rounders and Ocean’s Thirteen star to adapt Brinkley’s story into a screenplay.

Damon will produce the film via his Pearl Street Films alongside K Period Media’s Kimberly Steward, the two of them reuniting after producing last year’s Oscar winner Manchester by the Sea. Pearl Street’s Jennifer Todd is also producing.

Damon has a busy few months ahead, starring in George Clooney’s Suburbicon and Alexander Payne’s Downsizing, which both premiered over the past few weeks as fall festival season got underway.

The infamous “Dr.” Brinkley started up a Kansas clinic in 1918 where he promised to cure male virility problems by implanting goat testicles via surgery on men suffering from impotence. This get-rich scheme led to a number of court cases after patients died during botched operations. Brinkley went on to create the current incarnation of talk radio by creating his own network of radio stations where patients could call in for advice.

Damon is repped by WME who negotiated the deal and will handle worldwide sales.

Variety initially reported on this project.