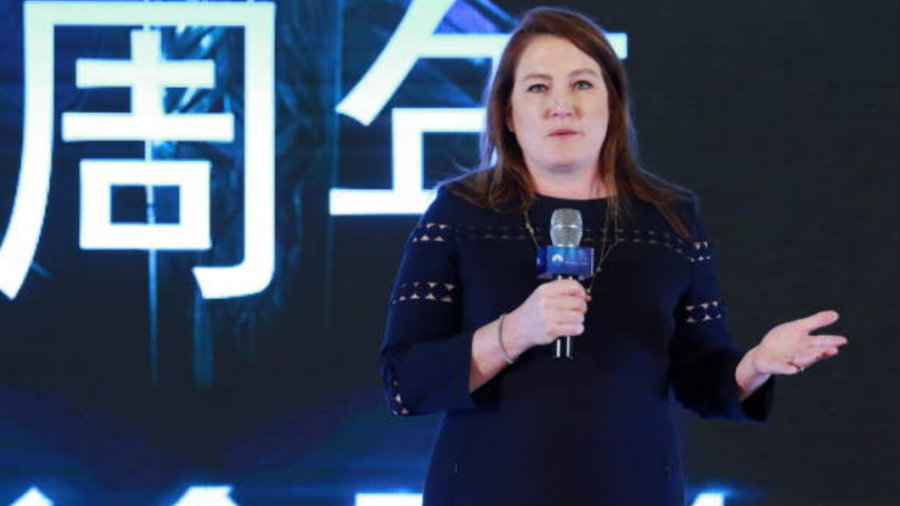 Well, the writing has been on the wall for some time, and now the inevitable has happened — Megan Colligan is out as head of worldwide marketing and distribution at Paramount following a string of flops, though her exit is a bit more complicated than that.

First of all, this move has been a long time coming, though Colligan reportedly exited on her own terms and resigned from her position. The catch? Her lawyer, Bryan Freedman, has written a letter to the Viacom board explaining that “Megan had no choice but to leave after enduring a pattern of gender bias and discrimination.”

Colligan is claiming that ever since Jim Gianopulos took over at Paramount, her responsibilities were taken away from her one at a time and given to other executives, most of whom were male. Thus, Colligan views her exit as more of “a constructive termination” than a resignation of her own choosing. Of course, it isn’t uncommon for a new boss to come in and look to install their own team, so regardless of Colligan’s gender, anyone in her doomed position would’ve seen their responsibilities given away piecemeal.

However, Colligan’s complaint takes things one step further, alleging a pattern of systemic abuse at the studio. “The disparate treatment of women by Paramount is evidenced when you unfold the truth of the exodus of high-level women in recent months. At least four other women have left and we believe that there are more to follow,” Freedman reportedly wrote on her behalf, adding that Colligan intends to pursue legal action.

Two of those four women are said to be Amy Mastriona (EVP of creative advertising) and Alicia Wilde (SVP of regional publicity), while others could include 12-year veteran LeeAnne Stables, (President of Worldwide Marketing Partnerships and Licensing), Rona Cosgrove (replaced by Steve Plum in business affairs), and Amy Reinhard (replaced by Dan Coen in TV distribution).

However, to be fair, Paramount also hired Mireille Soria to run the animation unit and tapped Mary Daily to replace Nic Crowley as president of international theatrical marketing. The studio also promoted Elizabeth Raposo and Syrinthia Studer to president of production and head of acquisitions, respectively.

I’m eager to hear more about this issue from Colligan and her legal team, since Gianopulos surrounded himself with female executives at 20th Century Fox, and I personally never heard any complaints of gender bias on that lot. That’s not to say I’m dismissing Colligan’s claims, just that I’m not aware of anything like this in Gianopulos’ history. He’s an industry icon whose leadership skills as a studio head are without question, and it makes sense that he’d want to install his own people in key positions at Paramount.

The fact is, it was less than two months ago that I was at the Toronto International Film Festival, complaining about how the worst three films I’d seen were all Paramount titles, when one knowledgable colleague predicted/insisted that Colligan would be out before the end of the year, based simply on her performance in the job.

It’s not just that Paramount’s marketing campaigns often failed to work, it’s that Colligan was also a member of the studio’s greenlight committee, so she was partially responsible for its head-scratching decisions. I’m sure that George Clooney’s Suburbicon with Matt Damon, Darren Aronofsky’s mother! with Jennifer Lawrence, and Alexander Payne’s Downsizing with Matt Damon (again!) probably looked pretty good on paper, but did anybody bother to even read those scripts? I mean, mother! totally earned its dreaded ‘F’ CinemaScore (indicating the audience felt hoodwinked by marketing) in my opinion, and then had the gall to wear it as a badge of honor in a ridiculous attempt at reverse psychology; Suburbicon is a dreadful mess that critics can’t make heads or tails of and that has barely grossed $5 million in two weeks of release; and I can’t wait to see how the general public responds to Downsizing, which has absolutely no idea what it wants to be.

All of that came on the heels of… fading domestic grosses for the Transformers franchise; the embarrassing failure of Star Trek Beyond; the disappointment of star-driven films like Tom Cruise’s Jack Reacher sequel and the Brad Pitt vehicle Allied; the inability to create excitement for really good “smaller” films like Everybody Wants Some!! and Goat; the flops Ben-Hur, Aloha, Hercules and Zoolander 2 were made under her watch; she couldn’t sell Chris Rock’s Top 5, which is one of the best rom-coms in recent memory; and she helped run the Terminator franchise into the ground.

I mean, that’s a lot of failure for an executive who only took over the job in September 2014. And while staffers are said to have known this was coming, many were still shocked on Monday morning. I’m not sure why, since Gianopulos has been making sweeping changes after taking over for the late Brad Grey, including the recent hiring of Wyck Godfrey to replace Marc Evans. Gianopulos doesn’t have a replacement lined up for Colligan yet, especially after rumored heir Josh Greenstein decided to re-up at Sony, but in the meantime, her duties will be handled by the interim team of Rebecca Mall, Peter Giannascoli and Kyle Davies. I’m not very familiar with the first two, but Davies is a solid exec.

In an industry hungry for experienced female executives, Colligan will no doubt land on her feet somewhere. After all, she had plenty of victories during her time at Paramount, including the Mission: Impossible franchise, the international growth of the Transformers franchise, and prestige films such as The Wolf of Wall Street, Arrival and Fences.

Colligan started out working for Fox Searchlight before moving to Paramount Vantage, where she worked on Babel and There Will Be Blood. She leaves Paramount as the studio is preparing for the release of Daddy’s Home 2 and Downsizing. In addition to Annihilation, the studio’s 2018 slate includes the Transformers spinoff Bumblebee, the John Krasinski-Emily Blunt genre film A Quiet Place, and two movies from J.J. Abrams’ Bad Robot banner, at least one of which is set in the Cloverfield universe.

I wish Paramount the best of luck, and I do believe that Gianopulos can right the ship. Colligan’s exit is a step in the right direction, but let’s hope there’s nothing sinister behind the studio’s exodus of female executives. Colligan’s concerns are troubling, and we expect to hear more about this situation as it develops and unfolds.