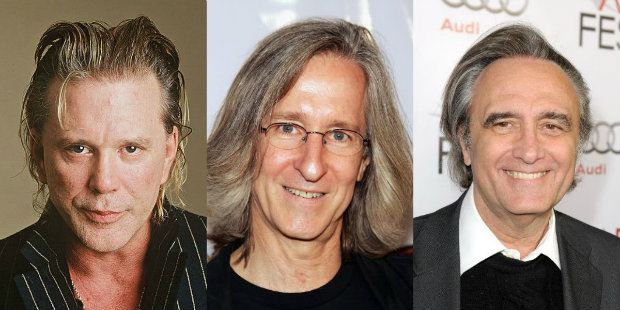 Cinelou Films is joining with five celebrated genre directors for NIGHTMARE CINEMA, a horror anthology with Oscar-nominated actor Mickey Rourke acting as the “Projectionist,” the host who introduces each of the segments.

Mark Canton and Courtney Solomon are producing via their Independent Production Studio and Cinelou Films, along with Scott Donley’s Good Deed Entertainment. Solomon previously was involved with distributing horror films like American Haunting and Horrorfest: 8 Films to Die For.  Mick Garris is producing through his Nice Guy Productions.

Mick Garris is also producing via his Nice Guy Productions, as is 2016 Blood List Alumni Joe Russo. Donley and Lenny Shapiro from Good Deed act as executive producers, along with the Fyzz Facility’s Wayne Marc Godfrey and Robert Jones and Scott Karol from Cinelou Films.

The project is being compared to television shows like The Twilight Zone, The Outer Limits, Amazing Stories and Garris’ own Masters of Horror, and the official plot synopsis is:

A series of down-on-their-luck individuals enter the decrepit and spine-chilling Rialto theater, only to have their deepest and darkest fears brought to life on the silver screen by The Projectionist – a mysterious, ghostly figure who holds the nightmarish futures of all who attend his screenings. By the time our patrons realize the truth, escape is no longer an option. For once the ticket is torn, their fate is sealed at Nightmare Cinema.

The film will be promoted at this weekend’s Son of Monstertpalooza festival in Burbank with four of the five directors on hand at a panel to discuss the film and show exclusive footage. Plans are to move forward with a Nightmare Cinema TV series that will hark back to Tales from the Crypt.

Garris is represented by Paradigm Talent Agency and Echo Lake Entertainment, Solomon is with WME and Bloom Hergott, Dante is with the Gersh Agency as well as Echo Lake.