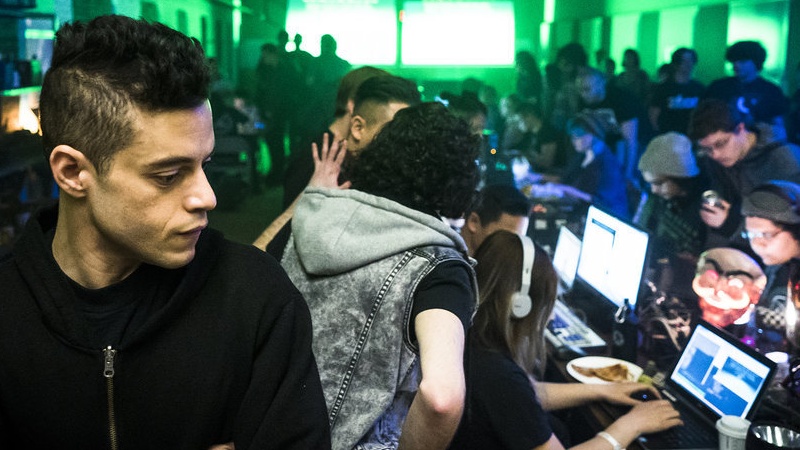 Elliot’s dream of hacking Evil Corp and getting revenge for his father’s, as well as Angela’s mother’s, death has not turned out the way he planned.  He envisioned a utopian aftermath where people were freed from the shackles of Evil Corps clutches, but what’s happened is exactly the opposite.  Instead of destroying Evil Corp, Elliot’s hack has strengthened their hold on society, creating a dystopian nightmare where Evil Corp has stepped in to save the day when government has failed.  Was Elliot’s vision of a world where large conglomerations don’t control us all a pipe dream, or can he achieve his goal with the second phase of his plan? 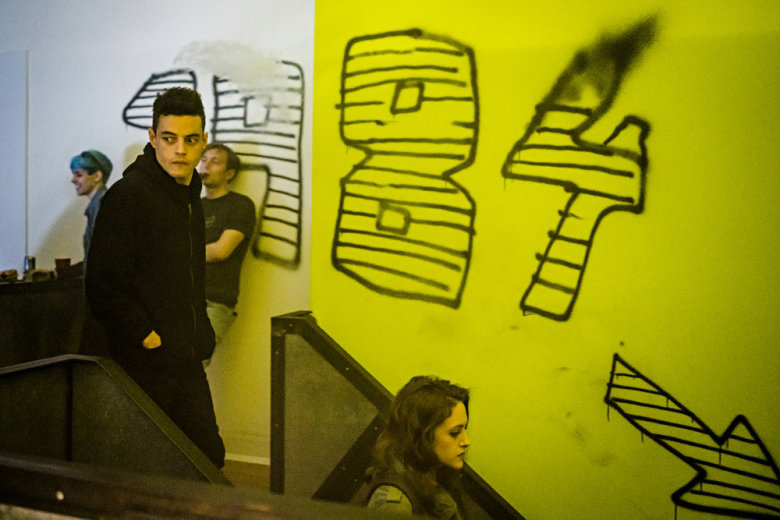 At the end of last season, Elliot was convinced Tyrell Wellick was another creation inside of his head, just like Mr. Robot, but he learned the hard truth of the matter after Tyrell shot Elliot to stop him from sabotaging phase two.  This second phase is supposed to be the knockout punch that kills the giant beast that is Evil Corp, but Elliot has second thoughts and wants to stop it.  He’s already wrought so much destruction and misery on society, not to mention the deaths of his hacker friends, and Darlene’s boyfriend Cisco.  Elliot can’t bear the thought of how many more people will die if phase two is completed.  He wants to stop it, but he has no idea what he’s up against.

Early in the premiere, White Rose explains how Elliot’s father was instrumental in developing the plan their group is working on, and how ironic Elliot is now working on the same plan without knowing he’s taken up his father’s mantle to complete the task.  The plan itself is murky.  It’s clear it has something to do with nuclear power, and quite possibly also parallel universes or the multiverse theory.  White Rose has been on the sidelines quietly manipulating everyone with the use of the Dark Army, but no one seems aware of the endgame except the White Rose themselves.  Is it possible for Elliot, Angela, Darlene, or the FBI to break free of whatever path The White Rose is leading them all down. 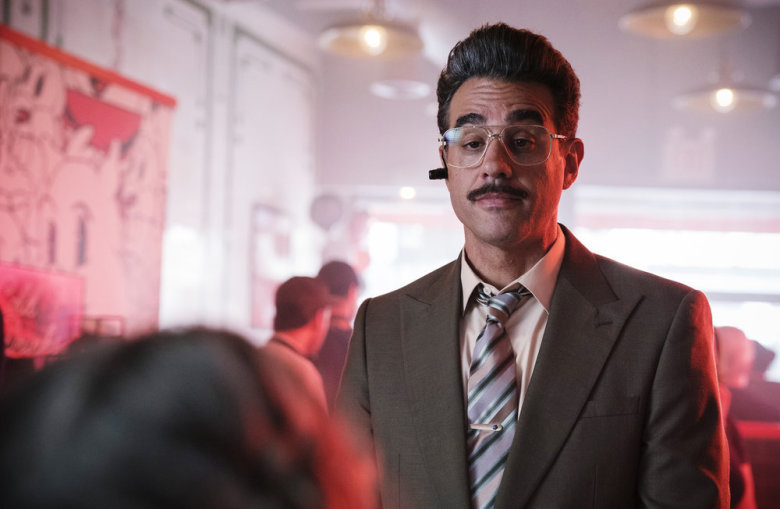 Bobby Cannavale breathes fresh life into Mr. Robot from the minute he steps onto the scene as Irving.  It’s unclear who or what Irving really is, but he seems to be both a used car salesman, and a fixer for the Dark Army.  He’s the person Tyrell calls after shooting Elliot, and he’s also the one who arranges doctors to take care and save Elliot in its aftermath.  It’s clear from his first scene in the Red Wheelbarrow BBQ joint, (which is a Dark Army front restaurant as well as a play on a William Carlos Williams poem) that Irving is a man who pays close attention to details and rules.  In his discussion over whether he gets his free milkshake during this visit or the next, he dissects what constitutes a “visit” and then tells the frightened cashier, “When we lose our principals we invite chaos.”  Cannavale’s character adds a vitality to Mr. Robot that it sorely needed after last season, and his appearances are invigorating and entertaining.

This episode was written and directed by Sam Esmail, whom truth be told is telling one of the most visually entertaining stories on television right now.  Stylistically, Mr. Robot is in its own league, and Esmail’s influences both visually and narratively have boosted the show to great heights.  The problem is the show has a tendency to fly too close to the sun, which is something we saw in last season’s flawed twists about Elliot’s life after the hack.  Can Esmail protect the show from attempting too much and delivering too little this time around?  Don’t get me wrong, season two had its moments, but it was nowhere as moving or intriguing as the first season.  Here’s hoping season three corrects the mistakes of the last season, and shows they were nothing more than growing pains of Esmail’s creative force as he took the reigns of both writing and directing every episode on himself. 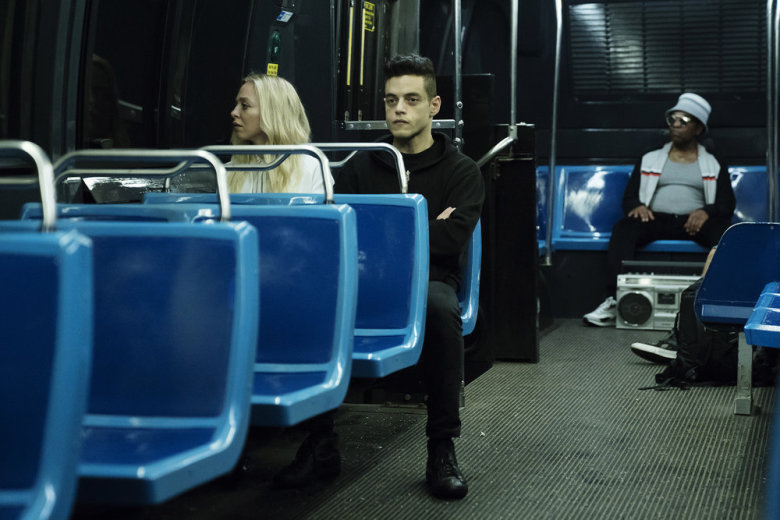 The crux of this episode is that Elliot wants to stop phase two of his plan, and close the backdoor he opened up to allow the plan to proceed.  To do so he must stealthily go against both the Dark Army and Mr. Robot’s wishes, but he has no idea how powerful and manipulative both forces really are.  When he attempts to close the door himself, the Dark Army shows up and thwarts him from finishing the process.  Irving is there to save the day and protect Elliot and Darlene, but Elliot thinks he has all the power to negotiate not finishing the plan with The White Rose, but he doesn’t.  He turns to the only person he believes he can trust, Angela.  She can get him a job at Evil Corp, and if he can work from the inside, he believes he can reverse all of the damage he’s done to society.  What he doesn’t know is that Angela is working for The White Rose, and since she can tell when Elliot is Elliot, or when he is Mr. Robot, she manipulates him, calming Elliot and being there for him, while also secretly working with Mr. Robot to finish what Elliot started, all without him having any knowledge of her double cross.  She believes the end justifies the means, and whatever Elliot/Mr. Robot started needs to be finished for the slate to be wiped clean on both of their parent’s deaths.

It was a great hour of television, and makes me excited to see where this season of Mr. Robot is headed.  The addition of multiple dimensions and possible parallel universes is an interesting angle and one I wasn’t expecting, but am more than willing to explore.  Cannavale’s Irving is a nice addition to the show, and he’s perfect as the mysterious and slightly dangerous middleman working for The White Rose.  If our dystopian reality can’t be entertaining, at least our fictional one can be.