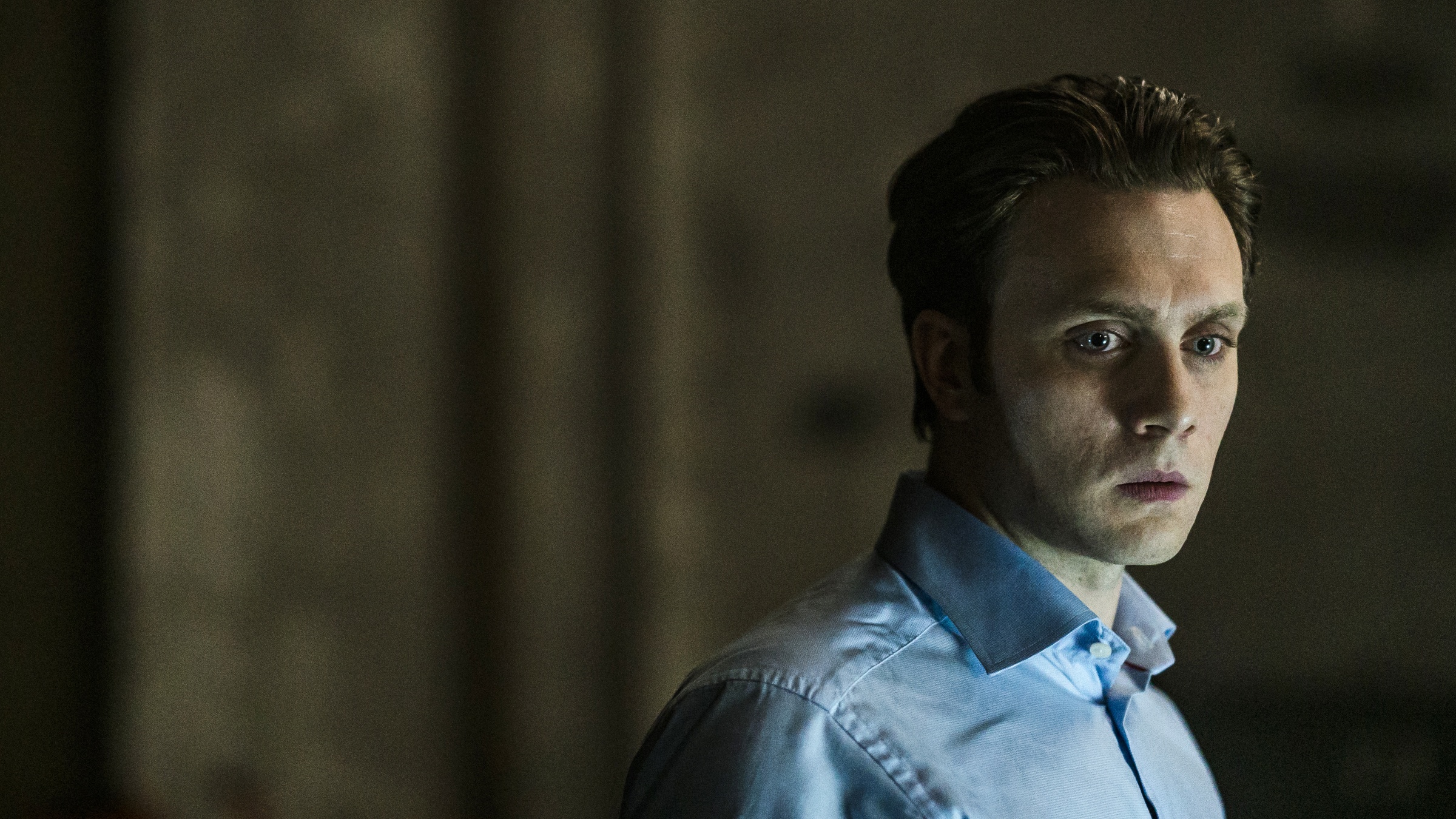 For a big portion of season two we were led to believe Tyrell Wellick was either dead or just another figment of Elliot’s imagination, but neither turned out to be true.  With the focus squarely of Tyrell being blamed for the 5/9 hack he’d be the most wanted man in the world, which means if he wants to be safe a ride out the storm, he has to go into hiding. The question is who facilitates his hiding?  He’d need help to disappear completely and neither he, nor Elliot has the resources to pull it off.

After the original hack begins, Mr. Robot has no use for Tyrell any longer.  He was never meant to be part of the original plan, and is only around because he forced himself into the operation.  As the hack unfolds Elliot turns into Mr. Robot and grabs the gun out of the popcorn machine so he can kill Tyrell.  The gun jams, and in this moment of reprieve something religious happens for Tyrell.  He believes God has intervened on his behalf, and saved his life for a reason.  His meeting Elliot was meant to be.  He babbles on about how he and Elliot are Gods now, which sounds like gibberish to Mr. Robot, but Tyrell believes this moment was fated, and urges Mr. Robot to shoot him again to prove it.  Whatever happens, whether Tyrell lives or dies, he accepts his fate.  He seems crazier than Elliot/Mr. Robot in this moment, and Mr. Robot can’t kill him, realizing, “You might be the perfect kind of crazy to protect me from me.”  Tyrell is fanatical after this, believing he and Elliot are meant to work together.  He becomes almost like a religious disciple from this point forward.  The only reason he’s allowed to live is because Tyrell’s internal knowledge of Evil Corp will be instrumental in phase two.  It’s why Mr. Robot allows him to become a partner to the future of the operation. 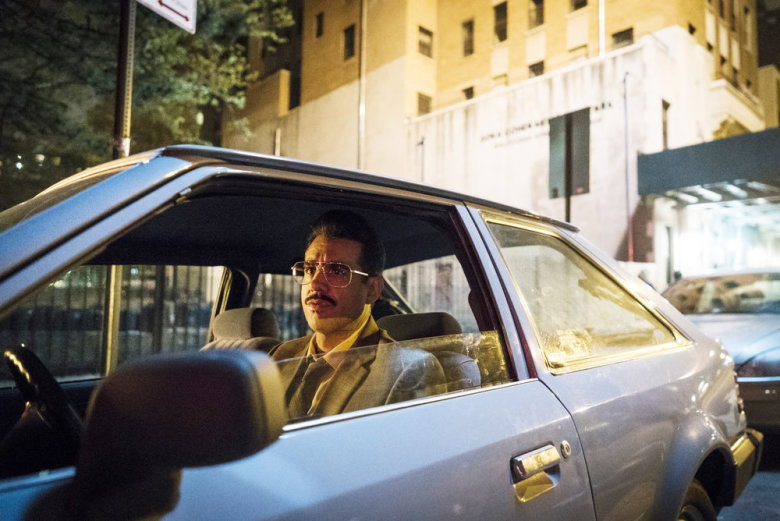 Zhang/White Rose is aware Elliot and Tyrell have been sloppy and are compromised.  He sets things into motion to protect both of them until the time is right to implement phase two, and this means Irving (Bobby Cannavale) intervenes on his behalf.  The Dark Army is way more powerful, and more deeply enmeshed inside America than anyone really knows, and it’s only their power and connections that allow both Elliot and Tyrell to survive in the aftermath of what they’ve done.  An IT person at Evil Corp has tipped Gideon off about the honey pot Elliot installed, but has mistakenly blamed it on Tyrell.  Gideon tells the FBI, which is why everyone believes Tyrell is behind the hack.  Zhang moves to protect both of them, while planning phase two, and orchestrating Donald Trump’s ascension to President.  A subordinate, who believes Trump to be unreliable and unpredictable, mocks Zhang’s choice of Trump for President.  Zhang tells him, “If you pull a puppet’s strings, he’ll dance any way you want.”

This episode flashes us back to the past in order to do two things.  First, it shows us what Tyrell has been up to since his disappearance, and second, it shows Irving has been instrumental in everything, keeping both men safe, while making Zhang’s will a reality.  Showing events that have already taken place in Mr. Robot from a different angle, and under a different light could easily have backfired on the show, but it works here.  Instead of coming off as cheesy or far too convenient to be believed, it plays out nicely.  If Cannavale hadn’t completely nailed the character of Irving everything would fall apart.  The entire premise of Irving being the hidden hand behind all of season two wouldn’t play so well If Cannavale’s addition to the cast didn’t add a richness to the narrative that season two was sorely lacking.  Every minute Irving is on screen is interesting, and his addition to Mr. Robot is wonderful casting. 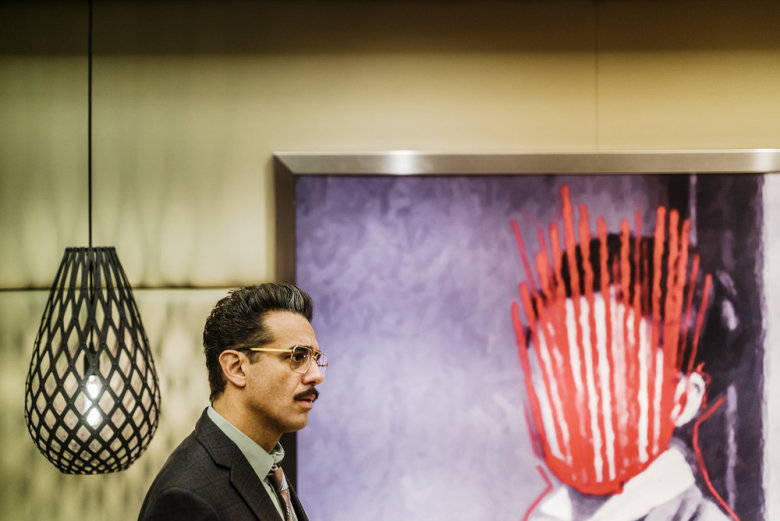 Tyrell is set up on a farm, which turns out to be a Dark Army safe house in the middle of nowhere.  Irving gives him everything he needs to plan out the next phase of attack on Evil Corp, but Tyrell constantly tells the Dark Army he needs Elliot to really make the second phase work.  One of Zhang’s employees, Mr. Williams (Wallace Shawn), comes to interrogate/mentally break Tyrell down to see if Zhang can work with him or if he needs to be gotten rid of.  The scene is franticly paced, amping up the tension as a teakettle whistles, Mr. Williams snorts cocaine, and the questions come rapid fire until Tyrell cracks, unable to lie to Mr. Williams anymore.  He won’t be loyal to the Dark Army, but he will be loyal to Elliot, and that’s good enough for them to trust him for the time being.

The isolation and lack of contact wears down Tyrell.  He begins chopping wood to get rid of excess stress.  In a wonderful montage, set to Gordon Lightfoot’s “If You Could Read My Mind,” we see Tyrell working on phase two, chopping wood, growing a beard, watching his son on a video baby monitor, and being tormented by rumors in the press about his wife.  This plays out over and over until he’s had enough and attempts to escape from the farmhouse, only to be picked up by the police.  Irving intervenes again, this time orchestrating the murder of the police officer by Dom’s superior at the FBI, Agent Santiago.  Since the police officer called the FBI directly and no one knows about Tyrell but him, the secret is safe, even though Santiago is upset about what he had to do.

Once Elliot is released from prison Tyrell is allowed to leave and go back to the city, where the Dark Army has set up an office for phase two to be implemented from.  Tyrell is ecstatic to see Elliot again, fanatical almost, and he shaves off his beard, and dresses in a suit for their meeting in the taxi cab where Elliot comes to believe Tyrell is a figment of his imagination.  This entire time, Tyrell has been a pawn in both Zhang and Mr. Robot’s plan.  Mr. Robot needed Tyrell to shoot him in order to save phase two from himself, but Tyrell is a mess, and tells Angela that Elliot was yelling at him that he wasn’t real.  It confuses the hell out of Tyrell and he sits by Elliot’s hospital bed a complete mess.  Mr. Robot wakes up, looks at Tyrell, and smiles.  He’s done exactly what Mr. Robot wanted and needed him to do to keep Elliot from ruining everything. 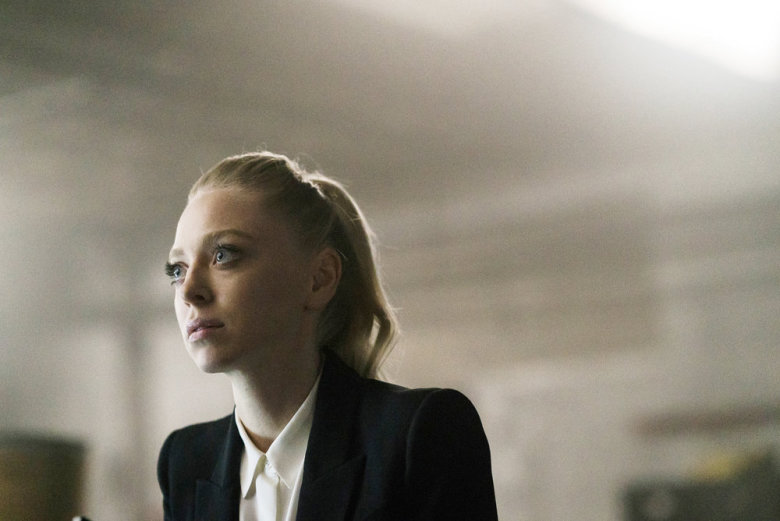 A lot of this episode deals with aspects of Tyrell’s time away that viewers could have guessed at, but it’s the little things like Irving, Mr. Williams, and how deeply Zhang’s tangled web of influence goes that makes this episode so interesting.  Instead of moving forward and dealing with Joanna Wellick’s death, Sam Esmail moves us backward to paint a much fuller and richer picture of what’s really going on in Mr. Robot.  The most intriguing part of this entire episode is Mr. Williams.  Who he is, and what part he plays in the Dark Army is unclear, but he’s undeniably fascinating.  My hope is he plays a larger role in the ongoing season since he had an outsize influence on the episode for the small amount of time he spent on screen.