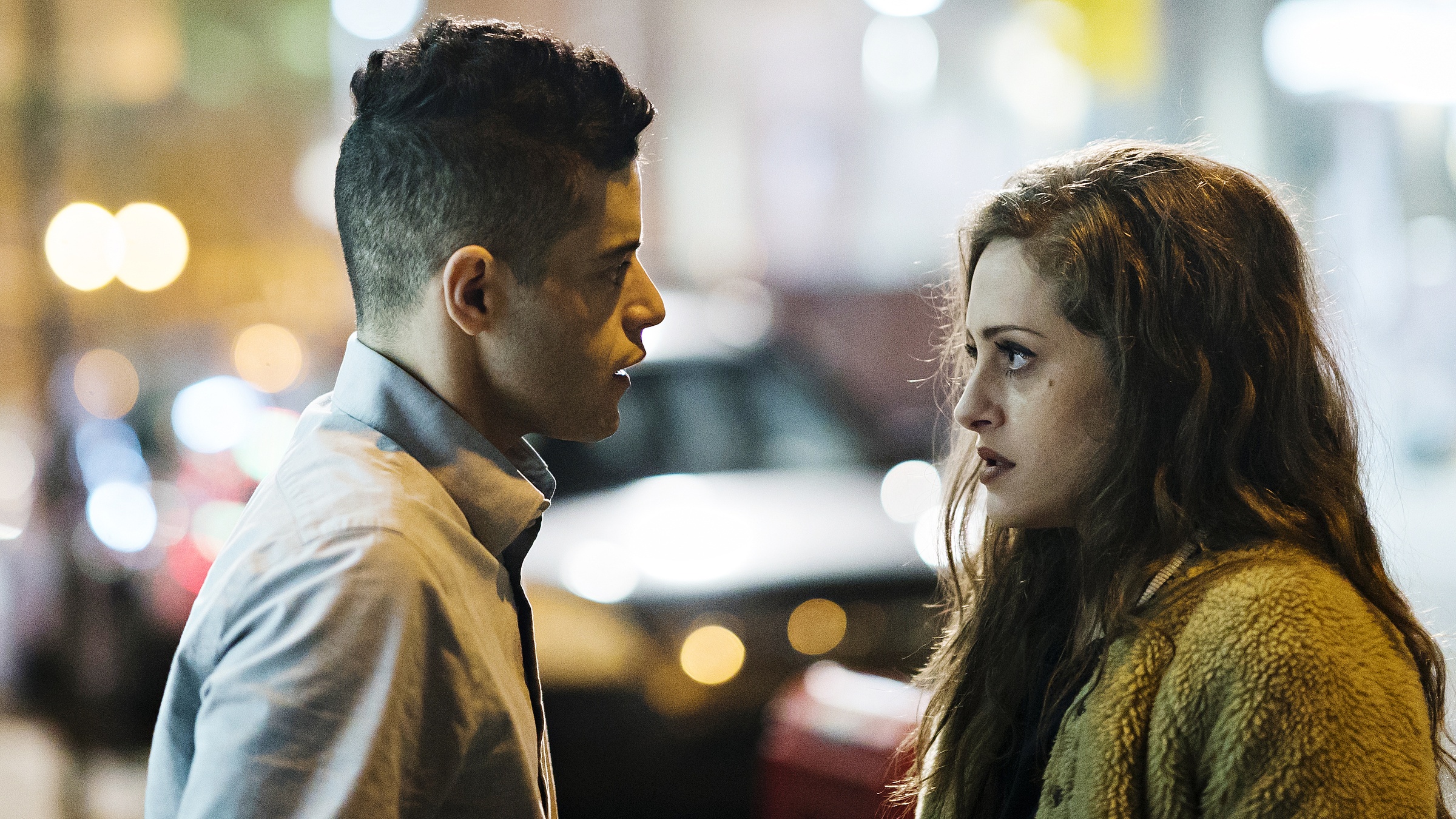 The fracturing of their family has had different effects on the Alderson siblings.  Elliot’s mind split into two distinct personalities, which led to the creation of fsociety and the 5/9 hack.  The creation of an alter ego allows Elliot to maintain an air of innocence and naivete when it comes to the dastardly plans Mr. Robot has for taking down Evil Corp and society as a whole.  The left hand literally has no idea what the right hand is doing.  Darlene longs for a familial connection with Elliot since the two of them are all they really have anymore. She desires this connection so badly, that she goes along with Elliot’s plans for fsociety, leads the revolution herself while Elliot is sidelined, and even kills for the cause.  She’s gone so far down the rabbit hole for Elliot’s approval that there’s no going back to a normal life. 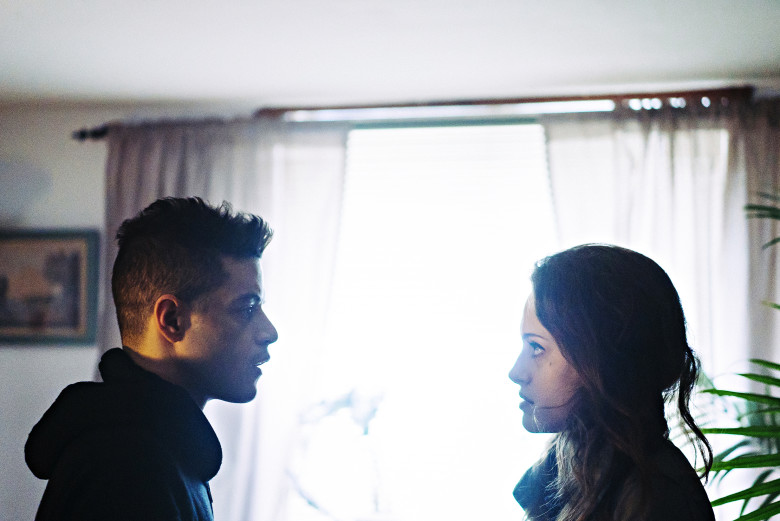 Darlene is in a tough spot.  Dom and the FBI have her working as an informant with the hopes she’ll be able to use her connection to Elliot to lead the FBI to Tyrell, who they believe is the mastermind behind the 5/9 hack.  It’s the only reason she’s not in jail right now.  In order to avoid prosecution for her activities as a member of fsociety she’ll have to sacrifice her brother, likely severing their relationship.  Both she and Elliot feel guilty over the unintended consequences of their actions since the 5/9 hack didn’t go as planned, and though they wish they could reverse the damage they’ve both done, it’s too late now.  They’ve both lost people they loved in the aftermath of their scheme, and any chance of becoming a happy family again has now been destroyed.  When the pickpocket on the subway lifts her wallet and Darlene confronts her, she only wants a Polaroid out of it and lets the thief keep the rest.  It’s a photo of the Alderson’s when they were still a normal family, and it’s the only thing Darlene cares about.

Elliot found the malware Darlene put in his computer, and rigged an email with a link to expose where the information was being sent.  It’s what leads Elliot to Darlene’s apartment underneath the FBI safe house.  Darlene’s cover is almost blown, but some quick thinking on her feet allows her to flip the narrative, claiming she did it because Mr. Robot attacked her and she doesn’t trust him.  This explanation is good enough for Elliot, and he apologizes to Darlene for both shutting her out of his life at the beginning of the season, and for the actions of Mr. Robot.  Darlene keeps her FBI informant gig hidden from Elliot, but feels guilty about it.  When she meets up with Dom at a bar, Darlene makes Dom buy her a drink and engage in chit chat.  She wants to feel normal if even for a moment. 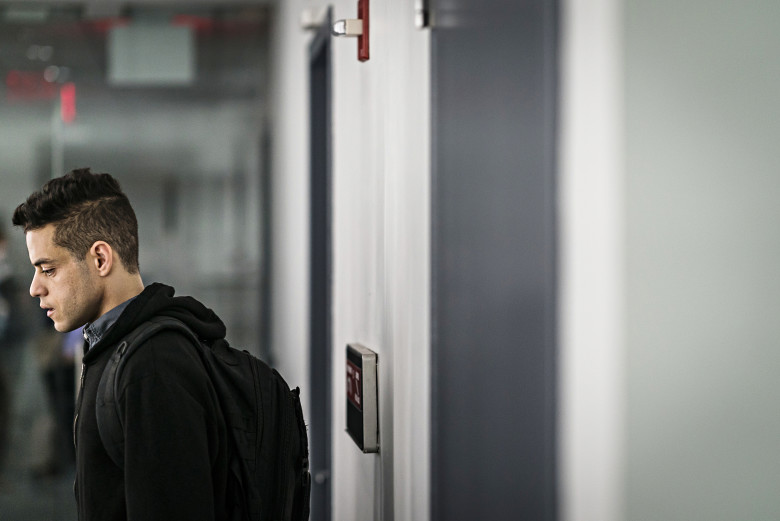 Elliot has no idea what Mr. Robot is doing all night long, and in order to figure it out, he gets Darlene to move into Shayla’s old apartment since he still has her keys.  The deal is Darlene will follow Mr. Robot when he leaves for the night and find out where he’s working and who he’s working with.  Darlene follows Mr. Robot later that night, only to find out Angela is working with Mr. Robot to get Stage 2 off the ground.  The two of them get into a cab, so Darlene doesn’t know where they’re going, but knowing Angela is part of all of this is a huge revelation for her, and one she may feed the FBI eventually once she learns more.

Elliot has been thwarting the ability of Stage 2 from being able to take place by rerouting all of the documents White Rose wants to destroy away from the New York warehouse they plan on blowing up.  He’s been busy during the day working at Evil Corp stymieing the plans Mr. Robot and Tyrell have been working on all night long.  When Tyrell learns about what Elliot’s other personality is doing all day long to thwart their plans he loses it.  He no longer trusts Elliot, and clearly doesn’t understand how the twin minds and personalities within him operate.  An altercation takes place, and Mr. Robot chokes Tyrell, but something happens.  Elliot begins to emerge, and he becomes confused when he sees both Angela and Tyrell.  He doesn’t know where he is, or what’s going on.  Angela quickly injects him with a serum that changes him back to Mr. Robot, but he’s become a liability.  Angela takes him to her apartment, where she plans to watch over him until Stage 2 happens so he isn’t able to sabotage White Rose’s plans.  She also has Philip Price fire Elliot from Evil Corp so he no longer has access to their computers, though Elliot may have exploited Evil Corp from the inside, leaving a back door available for himself in case of emergency. 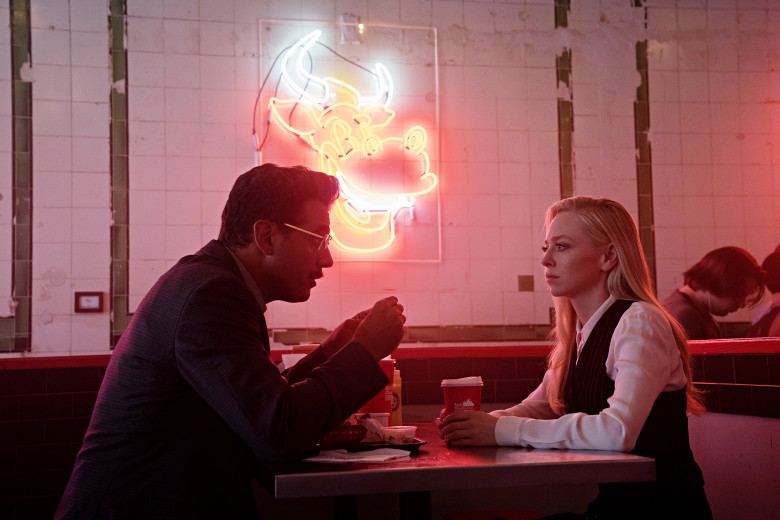 Irving separately brings news to Angela and Tyrell that the timetable for Stage 2 has been moved up by White Rose.  They have ten days to get all of the documents to the warehouse.  Tyrell flips out on Irving, but the timetable cannot be changed.  Since learning the full extent of Elliot’s damage to their plan, Tyrell demands White Rose give him the full force of The Dark Army to make sure he can get everything ready in time.  He also demands to be allowed to see Joanna and his son the day Stage 2 takes place so he can fly to the Ukraine with them and start a new life.  Tyrell has no idea Joanna is dead, but Irving clearly knows because Agent Santiago knows.  Irving allows Tyrell to entertain the pipe dream of being reunited with his family as long as what White Rose wants gets done. Once he’s no longer useful to White Rose it’s clear Tyrell will either be discarded or used as a patsy to take the fall for everything.  Will Elliot be able to stop Stage 2 and White Rose’s plans?