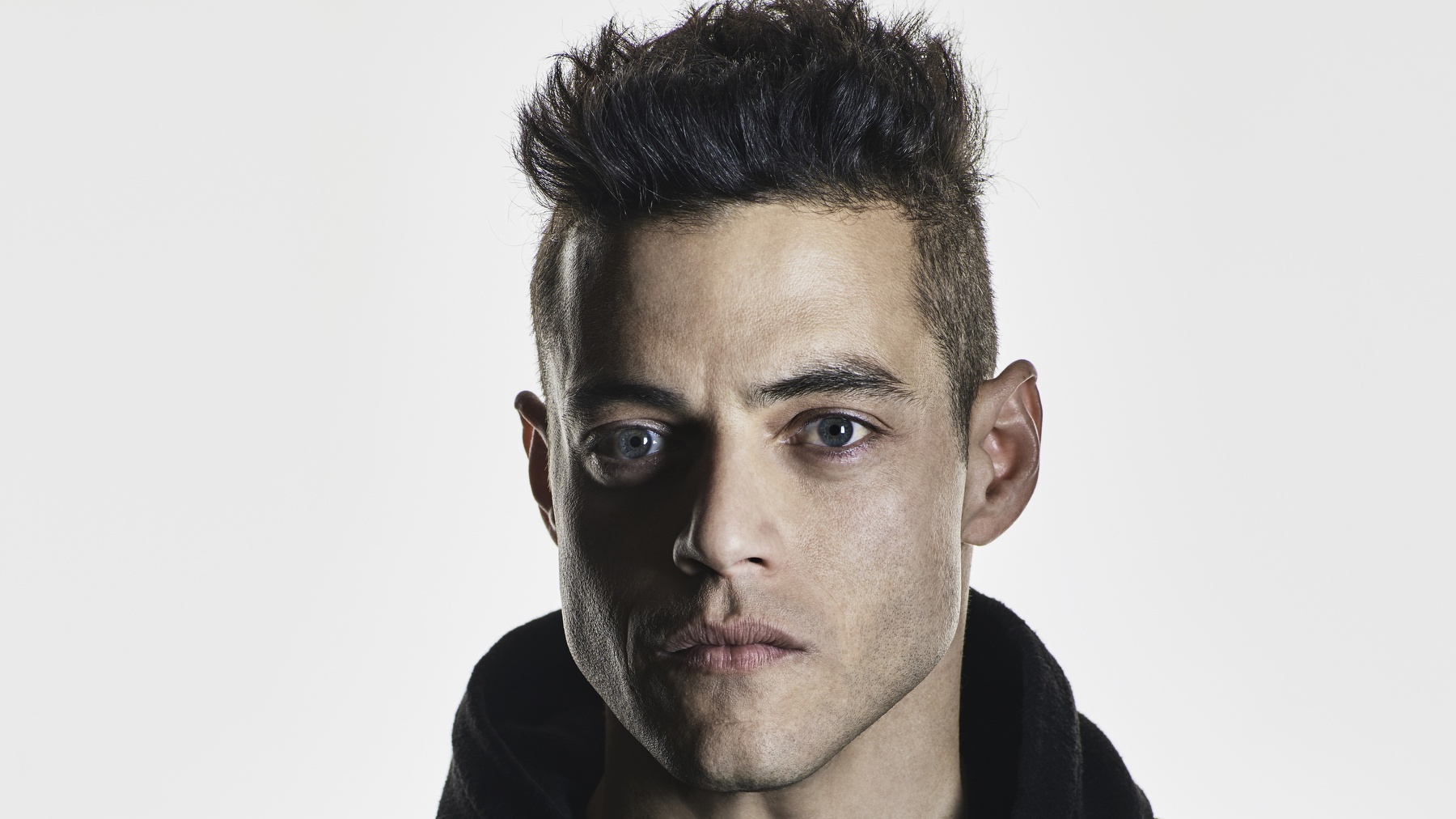 Sam Esmail is one ambitious guy.  Not only is this season’s narrative far more fulfilling than last season’s was, but he’s taken it upon himself to deliver an episode that’s a technical feat all on its own.  This episode was shown commercial free, so Esmail could showcase what appears to be an entire episode shot in one continuous take.  Beyond how masterful it is to pull this off given the subject matter of the episode, it also adds to the tension of what’s going on perfectly, leaving you hard pressed to imagine if this episode would have been even remotely as powerful if it were conventionally shot with edits.

The episode begins with Elliot becoming aware of himself on a Monday, which happens to be the day of the U.N. vote and Stage 2 rolling out.  At first Elliot mindlessly gets into an elevator with his fellow worker drones, but something’s off.  He can sense it.  It’s just a little nagging feeling in the back of his mind, but when a co-worker begins speaking German, Elliot really begins to feel like something isn’t right.  Angela is in the elevator with him, and tells him they should do lunch, but it feels disingenuous, which further raises Elliot’s alerts.  He’s not aware of it yet, but Angela has had him under her watch for four days, only letting him turn back into himself after Mr. Robot and Tyrell finished all of their plans to allow Stage 2 to happen without any more interference from Elliot. 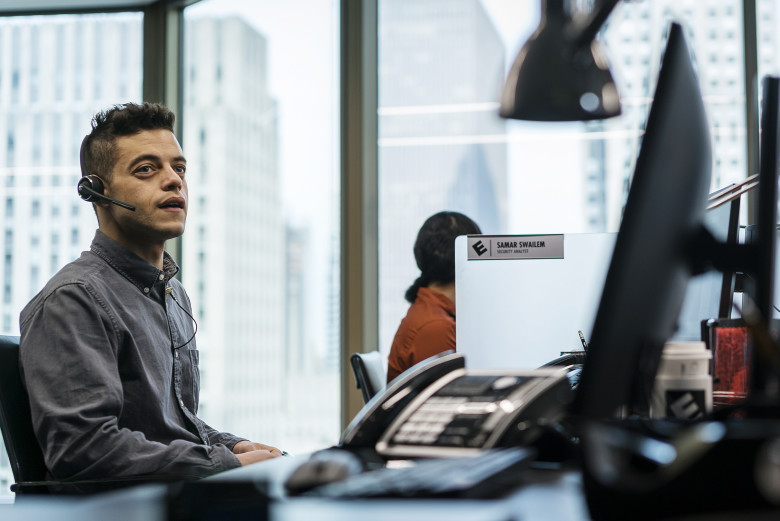 Elliot has no idea what he’s been up to for the last four days.  It’s all a troubling dead spot in his memory, which isn’t supposed to have happened because Darlene was supposed to follow Elliot and keep track of who he was with, and what he was doing.  When he gets to his cubicle things get even worse.  He’s been locked out of the Evil Corp network, so he’s unable to check the work he’s been doing to keep all of the hard copies of information from arriving at the warehouse The Dark Army intends to blow up.  When he attempts to reset his password, he’s told by a woman on the phone that he no longer has access to the system.  He realizes he’s going to be fired, but he has to get to the 23rd floor first, so that he can make sure his plan to thwart The Dark Army continues.

There’s an interesting moment when things get really confusing for Elliot and he wishes he could have advice from Mr. Robot even though they haven’t spoken and have been at odds for weeks.  Elliot does the next best thing, and conjures another mental projection of a surrogate Mr. Robot to give him the advice the real Mr. Robot would give in this situation.  It’s an intriguing look into Elliot’s psyche, and the replicant does give him valuable advice, but it begs the question of how deep Elliot’s psychosis goes.  If he creates meta versions of Mr. Robot when the real one won’t help him, it makes it hard to believe that anything Elliot tells or shows us is real.  Everything we think we know is in question. 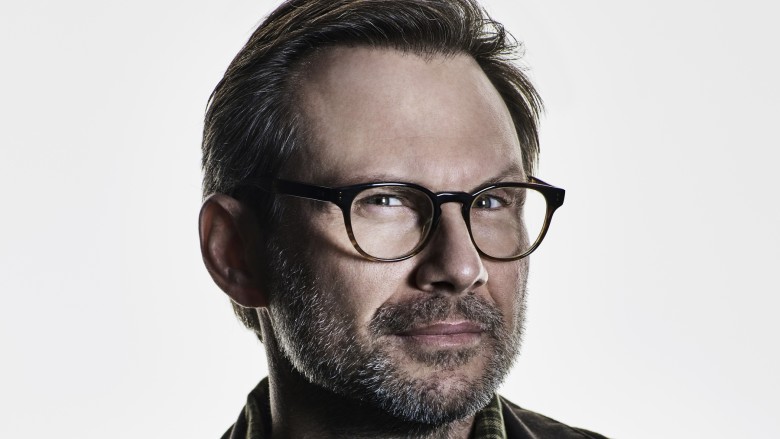 The fact that all of this takes place in a highly choreographed single take, makes Elliot’s attempts to avoid security catching up with him and marching him out of the building even more frenetic.  As Elliot feels more tense, he tries to slow things down, slowing the movement around him, but it’s not working, so he speeds things back up to normal.  The Evil Corp building is like a labyrinth, and Elliot navigates it, attempting to find his way to the floor he needs, avoiding people, stalling and making excuses to check other people’s computer so he can gain access, until finally he’s caught in an elevator by security and marched out of the building.

There’s a huge protest outside, and out of the midst of it comes Darlene.  She tells Elliot she’s working for the FBI, and that Angela and Mr. Robot are working with Tyrell and The Dark Army.  His memories come flooding back.  He remembers the moment he came too and saw Angela and Tyrell together four days ago.  He’s upset about Darlene working for the FBI, but equally upset about Angela, and there’s nothing he can do now except attempt to call in a bomb threat to the warehouse The Dark Army intends to destroy.  All of this takes place as the UN votes to allow China to take over the Congo, which is something Zhang/White Rose wants.  Stage 2 is happening no matter what, but Elliot is locked out of being a part of it on either side. 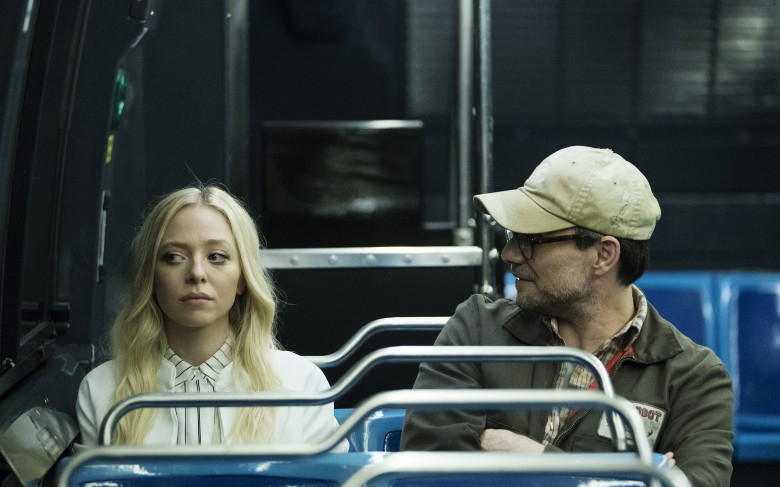 The protest quickly turns into something more, and soon a policeman is hit in the head with a bottle, and the protesters rush into the building destroying anything they can, wreaking havoc inside.  There’s something off about the protestors though, and when we follow four of them into an elevator it’s clear they have an agenda.  They’re prepared for something, and move with purpose.  Angela is still in the building, and Irving calls letting her know the melee is a Dark Army cover to allow Angela to let Elliot back into the building to copy something important out of a computer.  Without Elliot around to do the work, Angela does it herself, while also trying to avoid being attacked or killed by the protestors going crazy inside.  She’s able to get what Irving needed done, but at great risk to her own safety.  There’s a Dark Army contact person in the building that she passes it off to, again reassured there’ll be no one in the warehouse when it blows up.  In all the chaos swirling around her, Angela is confused, and wanders right into Elliot demanding answers from her.

The chaotic nature of the episode works so well in the single take, floating camera technique Esmail employs here.  There may be hidden cuts within the episode, but they are buried so well that it fells like one long continual performance.  Hats off to the choreography and timing of all the actors to get this right and to nail the planned chaos and tension of it all.  Mr. Robot continues to deliver exciting episodes and story, but this may be one of the greatest achievements to the show to date.