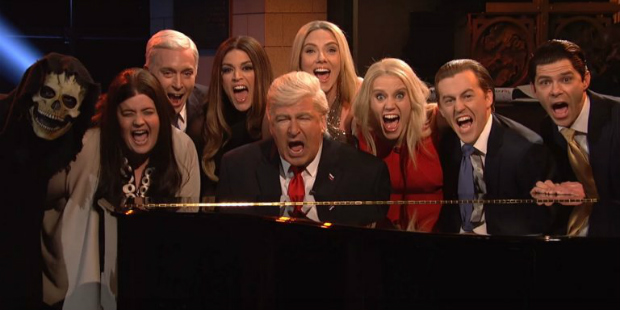 As SATURDAY NIGHT LIVE enters its 43 season, NBC announced it will continue its live simultaneous airings in all time zones.

The move came from a major rating jump due to regular appearances by Alec Baldwin as President Donald Trump and Melissa McCarthy as now ex-White House Press Secretary Sean Spicer.

SNL picked up nine of their 22 nominations at the Emmy’s this year, with Baldwin, McCarthy, Kate McKinnon and Dave Chappelle receiving wins for their post-election episode in November.

The 42 season averaged 11 million viewers per episode, making it the most-watched season since 1993. Season 43 will premiere September 30 with Ryan Gosling hosting and Jay-Z as the musical guest.