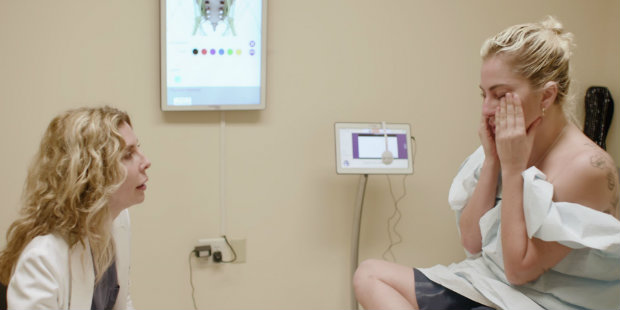 After premiering at the Toronto International Film Festival last week, Netflix has released a trailer for their original documentary Gaga: Five Foot Two, directed by Chris Moukarbel (Banksy Does New York), which follows the popular singer Lady Gaga during a pivotal point in her career.

Shot in a cinema verité style–not unlike Madonna’s Truth or Dare–the filmmakers got exclusive behind the scenes with Gaga over eight months during the recording and release of her 2016 album Joanne. It includes footage of her spending time with friends and family members as she deals with intense emotional and physical pain.

You can check out the trailer below and watch the movie on Netflix starting Friday.