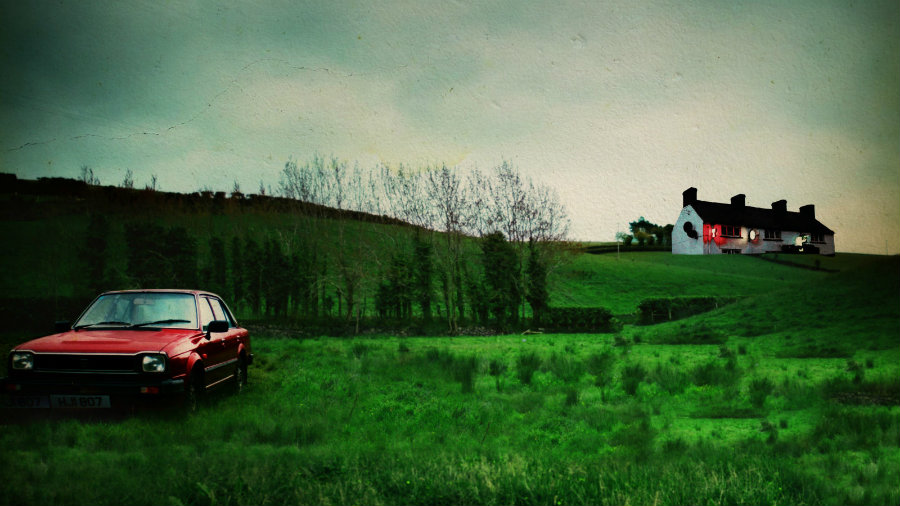 Back in April, filmmaker Alex Gibney (Taxi to the Dark Side), a long-tine regular at New York’s Tribeca Film Festival pulled his upcoming movie No Stone Unturned from the festival with no real explanation. With the movie premiering later today at the 52nd New York Film Festival at Lincoln Center, it’s going to be a lot more obvious why it was pulled, and that’s because it’s likely to be quite controversial.

While I’ve been an avid fan of films about “The Troubles” aka the Northern Ireland conflict between Protestants and Catholics with the British army getting a little too involved on one side of the war, I never fully understood exactly what was happening that led to the IRA (Irish Republican Army) setting off bombs in London and why.

Some of the many great films that have been made about the conflict include Paul Greengrass’ Black Sunday, Ken Loach’s The Wind That Shakes the Barley and we can’t forget Neil Jordan’s The Crying Game, while we’re at it. In recent years, there’ve been a number of great lower-profile films about it: ’71 by Yann Demange, thought to be the front runner for the next James Bond movie, Shadow Dancer by James Marsh (The Theory of Everything) and one from over the summer which I loved called The Journey by Nick Hamm.

The thing is that without fully knowing why things happened the way they did, it’s hard to understand why the conflict went on for so long. In 1994,  just as a cease fire had been declared, two masked and armed men walked into a Catholic pub in Loughinisland  in Northern Ireland where  a high-profile World Cup match was being shown, and opened fire. Six men were killed in what was called the “Loughinisland massacre” and yet, the perpetrators were never found for over two decades.

It was a huge tragedy during a time when it seemed like “The Troubles” were almost over, and for the relatives of those who died, it was even worse as the local police and government dragged their heels on finding the killers despite a large amount of evidence. The killers drove away in a car that ended up breaking down so there was that evidence, plus a bag  with the guns and masks that would have tons of DNA evidence. And yet, they never got any closer to finding the killers with some of that evidence (like the car!) being destroyed.

First, we should go back to what started the whole thing and that was when Ireland achieved its freedom from the United Kingdom but was then separated in half in 1920 with Southern Republic of Ireland its own thing, separate from Northern Ireland, which remained a part of the UK.  There was a lot of unrest about this decision which led to a split between the Catholics of the Republic and Protestants. While the IRA is best known among the radical terrorist groups, there were just as many on the other side including the Ulster Volunteer Force or UVF. It’s the latter who took credit for the Loughinisland massacre.

With that in mind, you would think that it would be easier for those put in charge of resolving the conflicts to find the perps and prosecute, but with the cease fire and conflict coming to an end, it was agreed that those investigating the violence would not prosecute those who murdered people during the war. This included those responsible for Loughinisland, and there were definitely people out there who knew who did it.

That’s where Gibney comes in because while in Ireland doing a movie about the World Cup, he learned about Loughinisland and proceeded to investigate, talking to reporters who covered the conflict and the story back in 1994. He wanted to find out who the killers were, but more importantly why there seemed to be a government cover-up over twenty years later.

Gibney uses all his investigative prowess to interview all the pertinent parties responsible, including police and government officials, learning that the killers were known but that their identities were being concealed. What’s interesting about the movie is how he gets deeper into the story than others have managed and what his discoveries say about how resolving the conflict was handled by all parties involved.

That might be the most I can say about the movie without giving away a good chunk of the film’s last act which is absolutely jaw-dropping, especially if you’ve watched things like Making a Murderer and The Jinx and left them feeling as if you didn’t really know that much more at the end than you did at the beginning.

No Stone Unturned premieres at the New York Film Festival today at 3pm and it screens again tomorrow — sorry, standing room only at this point — but it will get a theatrical release on Nov. 10.  I think between now and then, as more about the film is revealed, there will be a lot of discussion about the implications of Gibney’s discovery, both on a smaller and larger scale. Hopefully, the people involved with causing such misery to the survivors for so long will be held accountable.