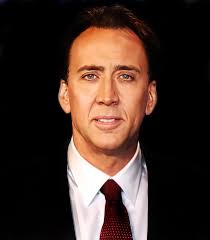 He will join Joseph Gordon-Levitt, Shailene Woodley, Melissa Leo and Zachary Quinto in the story following the life of NSA whistleblower Edward Snowden.

The film is based on the book The Snowden Files: The Inside Story of the World’s Most Wanted Man by Luke Harding.

Cage, known for his roles in many thrillers and comedies, has been recently seen in his dramatic turn in Joe, and is set to star in the upcoming Larry Charles comedy Army Of One.