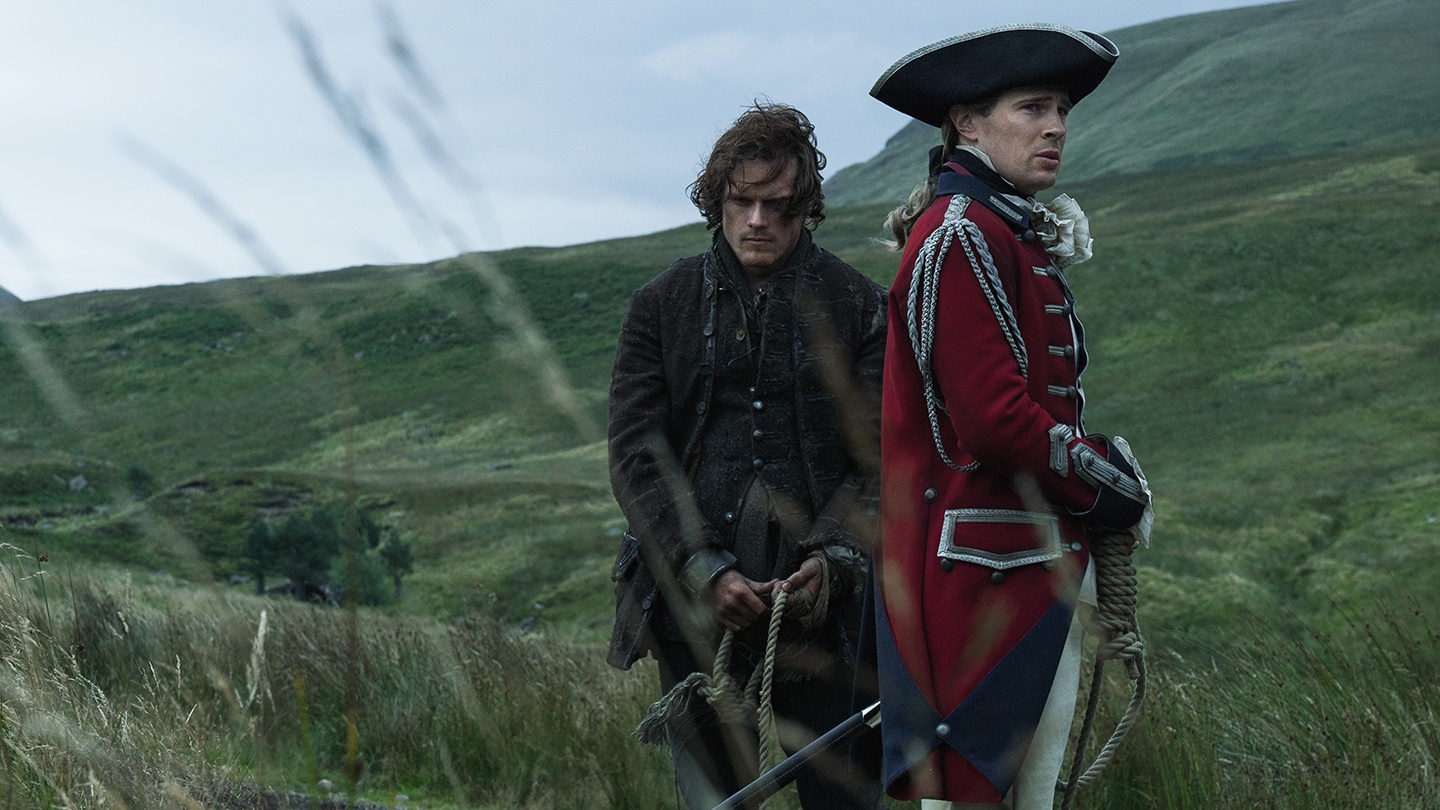 One thing this episode of Outlander does really well is advance the passage of time to show Claire and Frank’s relationship get cooler as Brianna grows up.  The nice part is this episode focuses on the big events between Brianna’s birth and graduation from high school without dragging out the time in between.  The cooling down of Claire and Frank’s relationship, and the separation of their beds represents the chasm between the two of them, with the ghost of Jamie occupying the divide.  Soon their professional lives leave an even larger gap between them, with Claire graduating from medical school and becoming a working surgeon.  Instead of a loving wife to return his affection and share his life with, Frank focuses his love on Brianna, becoming the good parent, to Claire’s absent bad parent.

Once Frank realizes Claire will never love him again, it’s clear she gives him permission to take a mistress and find his pleasure where he may.  Though she’s given him the permission to do so, when she finds out he’s actually taken her up on it, it pisses her off and she becomes jealous.  It appears Claire wants to have her cake and eat it too.  The situation she’s put Frank in unfair.  For so long he was quietly pining for and hoping for her love again.  Allowing him an open marriage and then giving him attitude when he actually finds romance outside of their loveless home is incredibly selfish.  Frank held out hope they could rekindle their romance for a long time before moving on, and he did so only after it was clear Claire would never shake Black Jack’s memory when she looked at him, or imagine Jamie instead of Frank while they made love.  Frank’s life and his marriage/relationship with Claire is incredibly tragic, so it’s no wonder toward the end he no longer hid his anger and hurt. 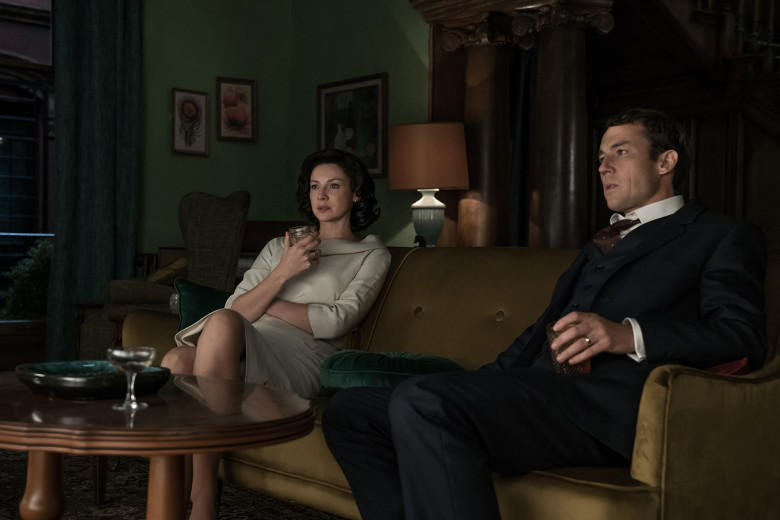 Frank’s love for their daughter Brianna is really the only thing that’s kept him going in their charade of a marriage for so long.  She’s the reason he bides his time and stays with Claire.  When Claire asks why he doesn’t just divorce her, he tells her he’s scared if they get a divorce he’ll not be able to see Brianna as much, and her absence in his life would be too much to bear.  Though he hangs on to their marriage until Brianna turns eighteen, Frank does allow his relationship with his mistress to embarrass Claire on her graduation day.  When confronted by Claire about it, he tells her it’s a taste of her own medicine.  It’s hurtful, but fair since Jamie has been the unseen barrier to Frank’s happiness.  When Frank receives a job offer in England, he tells Claire he wants a divorce as well as wanting to take Brianna to England for school.  He’s going to marry his mistress as soon as the divorce is finalized, but Frank’s freedom is short-lived.  Frank dies in a car accident before he can have the life he’s been dreaming of for the last eighteen years since Claire reappeared.  In a way he’s free, but at the ultimate price. 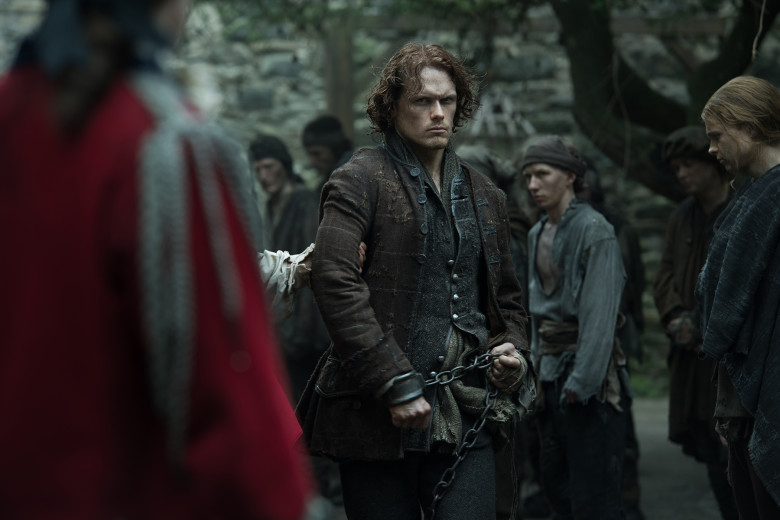 On the other side of time, Jamie spends his days in Ardsmuir Prison as the only prisoner constantly in shackles.  He’s become the leader of his fellow Scotsman in bondage and is looked to by the Governor of the prison as a person to work with, dine with, and take counsel with to assure the prison ecosystem runs smoothly.  A new Governor arrives and continues the old Governors ways, but it’s clear something is different with the new Governor, John Grey.  Grey is younger, more open to treating Jamie as an equal, and willing to make exceptions the former Governor would not.  The conditions in the prison are bleak, so much so that when Grey wants cats brought into the cells to keep the rat population under control, Jamie objects because these rats are a source of sustenance to the men in prison.  It’s a fact that appalls Grey, who takes efforts to make the prisoners lives as easy as he can with his limited resources.

Grey and Jamie have a past though, and it’s one they dance around for a long time before they acknowledge their prior interaction.  Grey tried to slit Jamie’s throat when he was younger, and instead of letting the other soldiers kill Grey, Jamie spared his life but tricked him into giving the Scots information that led to a hugely successful battle in the Scottish uprising.  Grey’s debt of honor saved Jamie after Culloden, and in private the two men find themselves on friendly terms.  Over dinner one night, Grey shares a personal story about the loss of a man he loved during the battle of Culloden after Jamie shares his own painful loss of Claire.  There’s a moment between the two men, a bonding, which Grey misinterprets and attempts to hold Jamie’s hand.  This action is met by immediate anger by Jamie and a threat.  Grey isn’t a homosexual in the vein of Black Jack Randall, but Jamie’s reaction to Grey is the same. Over the course of the episode, he will learn Grey is an honorable man who cares for Jamie, not a predator.

The turning point in their relationship comes when a strange man is found on the road speaking a mixture of Gallic and French talking about missing Jacobite gold.  If it were not for this man and his prophetic statement to Jamie about the White Witch, who Jamie believes is Claire, Jamie wouldn’t have orchestrated an escape attempt to find out if there were any truth to Claire coming back to find him.  After 3 days on the run, trying to find any trace of Claire, Jamie returns and offers his life to Grey.  He wants to die, but Grey has no stomach for killing Jamie.  When the prison is closed and the other prisons, including Murtagh, are sent to the colonies, Grey takes Jamie to work for an English lord.  He tells him to change his name and start a new life.  What will become of Jamie?  If Claire comes back it may be harder for her to find him if he’s using an alias, but at least he’ll be alive. 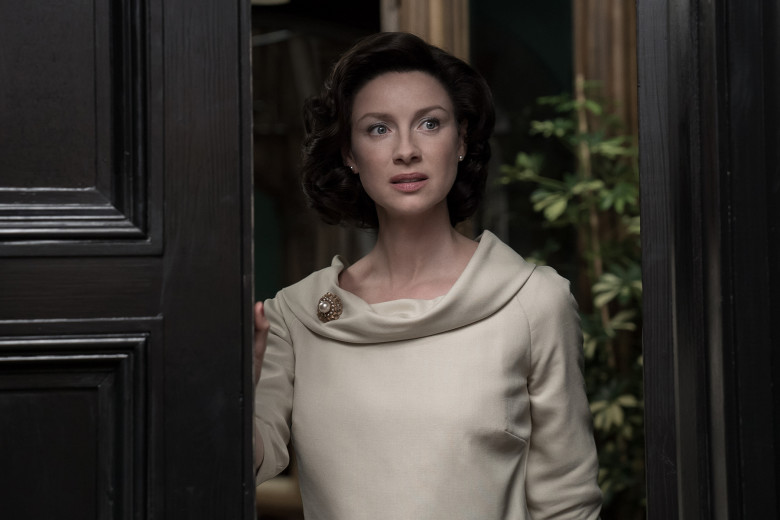