After being viciously attacked by Stephen Bonnet, who Claire and Jamie risked their own necks to help, they find themselves penniless as they arrive at Jamie’s Aunt Jocasta’s estate on Outlander. Using the word “estate” is being kind, because Aunt Jocasta runs a plantation with the help of a lot of slave labor, which is something both Claire and Jamie find inhumane. Jocasta is blind, but has extraordinary hearing and intuition, and with the help of her slave manservant Ulysses, she’s been able to manage her business without any help for the past two years since her husband died. 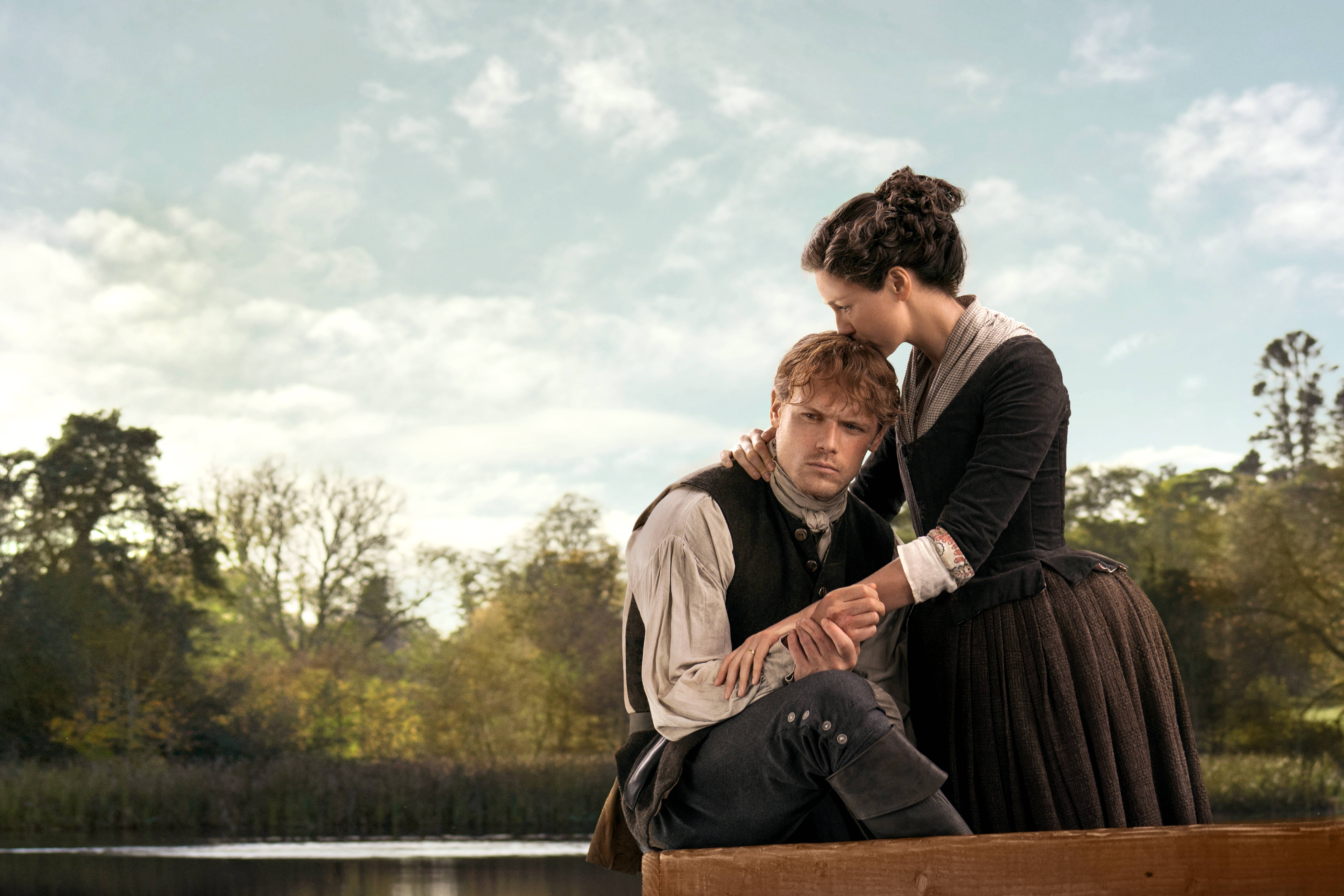 In the aftermath of Bonnet’s attack, Jamie feels deeply responsible for everything. If it were not for Jamie’s kindness, Bonnet’s neck would have stretched, he and Claire would still have their money and jewels, and their friend Lesley would still be alive. Jamie’s anger over what Bonnet did to them is something that may simmer under the surface of this season for a while before exploding when the two men cross paths again. In the meantime, Jamie has a lot to learn about the customs and ways of the people in this new country he intends to call home. His time at Jocasta’s will give him a hard lesson about America and freedom.

Claire and Aunt Jocasta butt heads almost immediately. We learn Jenny has been writing letters to Jocasta, so she’s fully aware of Claire’s headstrong nature, and isn’t totally shocked when Claire declares, in front of Jocasta’s slaves nonetheless, that she believes slavery to be a horrible institution. Aunt Jocasta reverts to the tired argument that kept the stain of slavery on American soil for so long. She envisions herself as her slaves white protector, almost as if she’s a mother figure to them. The idea that these human beings would be in worse shape if she had not come along to take them in is the same farcical lie whites told themselves to stomach the bitter pill of slavery. As long as her pockets continue to be stuffed with cash, and not too many of her slaves attempt to run away, she believes she’s constructed a happy home for all. Jocasta falls into that ugly trope of treating, and talking about her slaves, as if they were children, to feeble to make it without her help. In her eyes she is their savior. 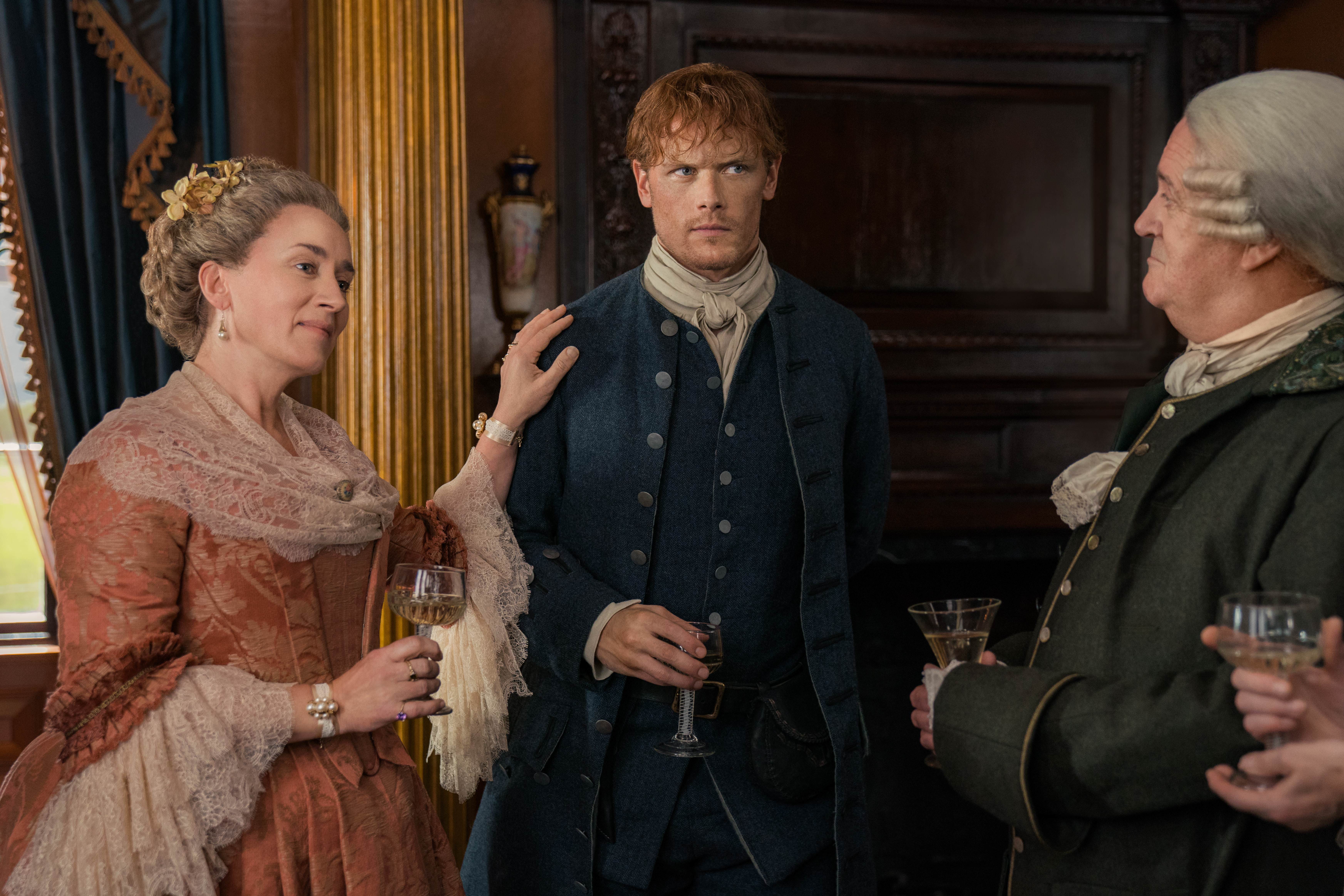 Jocasta’s blindness hides the fact that she shares a similar trait to her two brothers Colum and Dougal; she’s a master manipulator. Under the guise of throwing a party to introduce her nephew to local society, she also takes the occasion to announce that Jamie will be her heir, taking full control over River Run and its operations. The announcement is a surprise to both Jamie and Claire, and not a pleasant one either. Claire is devastated by the news. She doesn’t want to call anyplace that enslaves another human her home, and is completely against Jamie agreeing to inherit River Run from Jocasta. Jamie on the other hand sees this inheritance as an opportunity, a leg up if you will, to give them a new start. He convinces Claire he’ll agree to take over only as long as they set all of the slaves free.

Freeing slaves in 1760’s America is not as easy as Jamie believes. It’s expensive and also extremely rare that a local magistrate would agree to free any slave. Jamie would have to prove that each and every one of the slaves had saved a white persons life. Not only that, but it’s clear if Jamie decided to pay the people who worked their land instead of enslaving them, his neighbors would take offense, and possibly attempt to kill Jamie to stifle the spread of anti-slavery sentiment. The angry neighbor scenario is something that quickly plays out when one of Aunt Jocasta’s slaves is accused of striking a white man, for which the punishment is death. As Jocasta’s proxy, Jamie is left to deal with the situation himself, and immediately loses his cool when he arrives to find a young slave named Rufus with a hay hook through his stomach, and some overseers attempting to hang the boy then and there. Jamie pulls pistols on the white men and threatens to kill them if they don’t stop. As you can suspect, this doesn’t go over very well with Jocasta’s neighbors, especially when they find out Claire uses her healing skills to save Rufus. 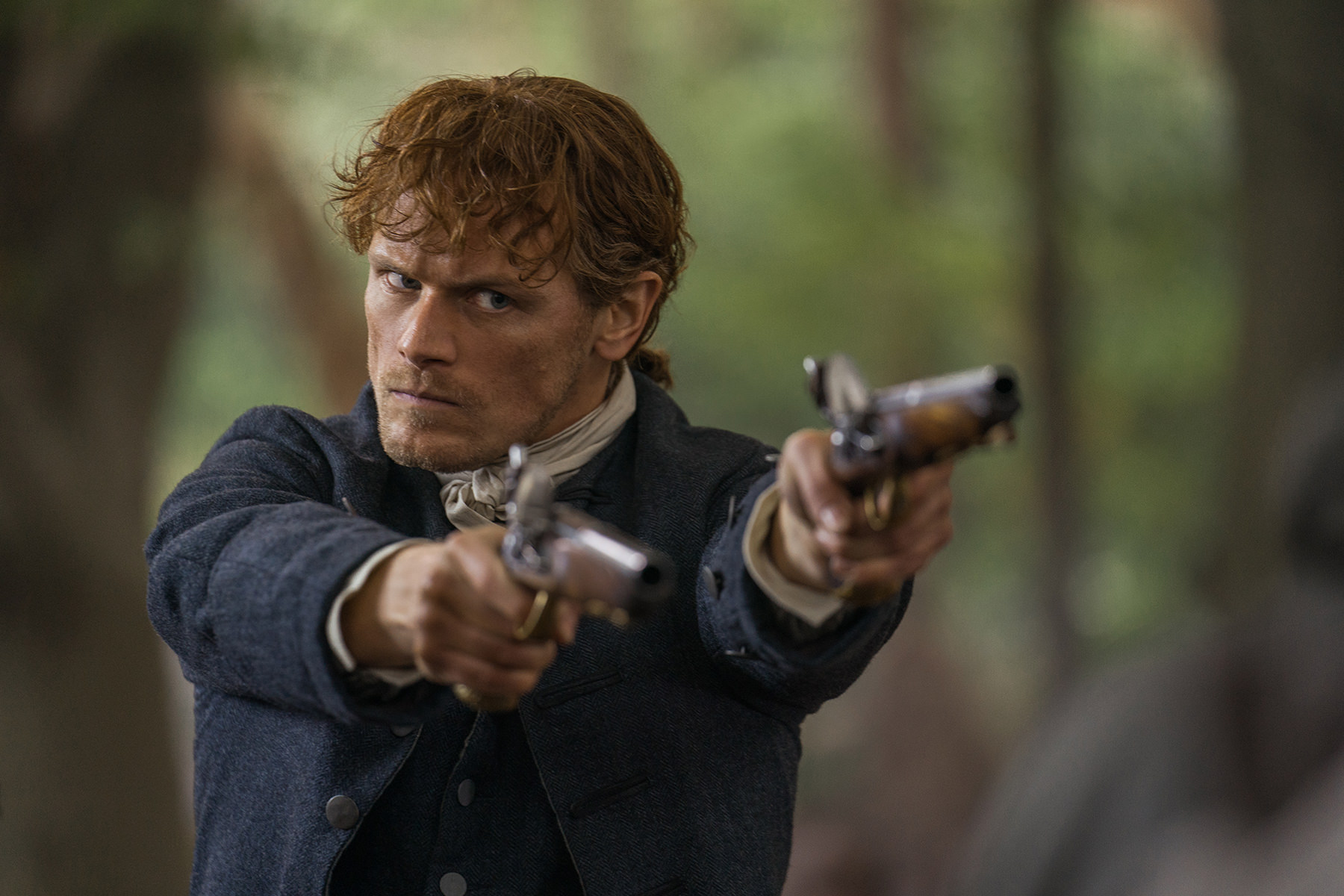 Claire and Jamie realize they’re out of options to help Rufus or save him from being lynched by an angry mob gathered outside of Jocasta’s home. They have no real choice but to hand over Rufus to the crowd, something that goes against Claire’s oath as a healer. With no good options left to them, Jamie finds a third way. In an attempt to save Rufus from the torture he’s about to experience, he encourages Claire to use her medicines to dull Rufus’s senses. If there’s no way around his death, at the very least Claire can make sure it’s as peaceful as possible for Rufus without giving the angry mob the satisfaction of watching Rufus in agony. Claire and Jamie are stuck watching the harsh American “justice” play out as the mob lynches Rufus.

Claire and Jamie’s experience at River Run with Aunt Jocasta is so tainted by pain and disgust of their fellow man, that in the end there’s absolutely no way they can stay. Aunt Jocasta’s offer of inheriting the plantation is a non-starter, as is Governor Tryon’s offer of land with strings attached, so Claire and Jamie will have to find another way to start a new life. At the beginning of the episode we see Young Ian and a mountain man named John Quincy Myers hit it off. Myers knows the ins and outs of frontier life, and seems like he’d make a good ally as well. I wouldn’t be surprised to see Claire and Jamie stake their own claim on the edges of the wilderness with his help. 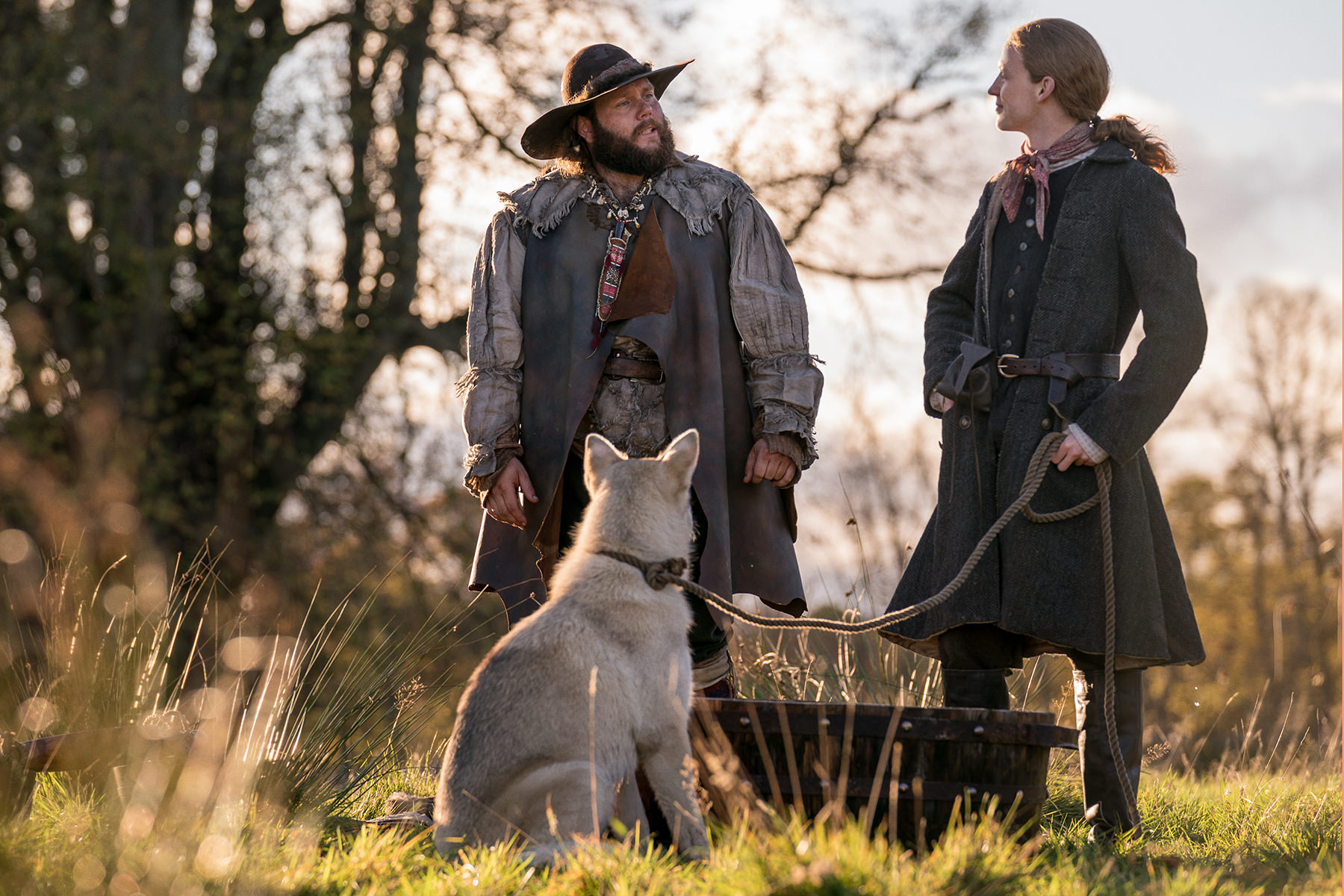