For the first time in the entire run of Outlander, Claire and Jamie do not appear in an entire episode. This leaves the weight of “Down the Rabbit Hole” entirely on the shoulders of Brianna and Roger, which comes off with mixed results. To help carry the episode, Sophie Skelton (Brianna) is joined by the return of Tobias Menzies (Frank), and the two are featured in numerous flashbacks set during Brianna’s childhood. 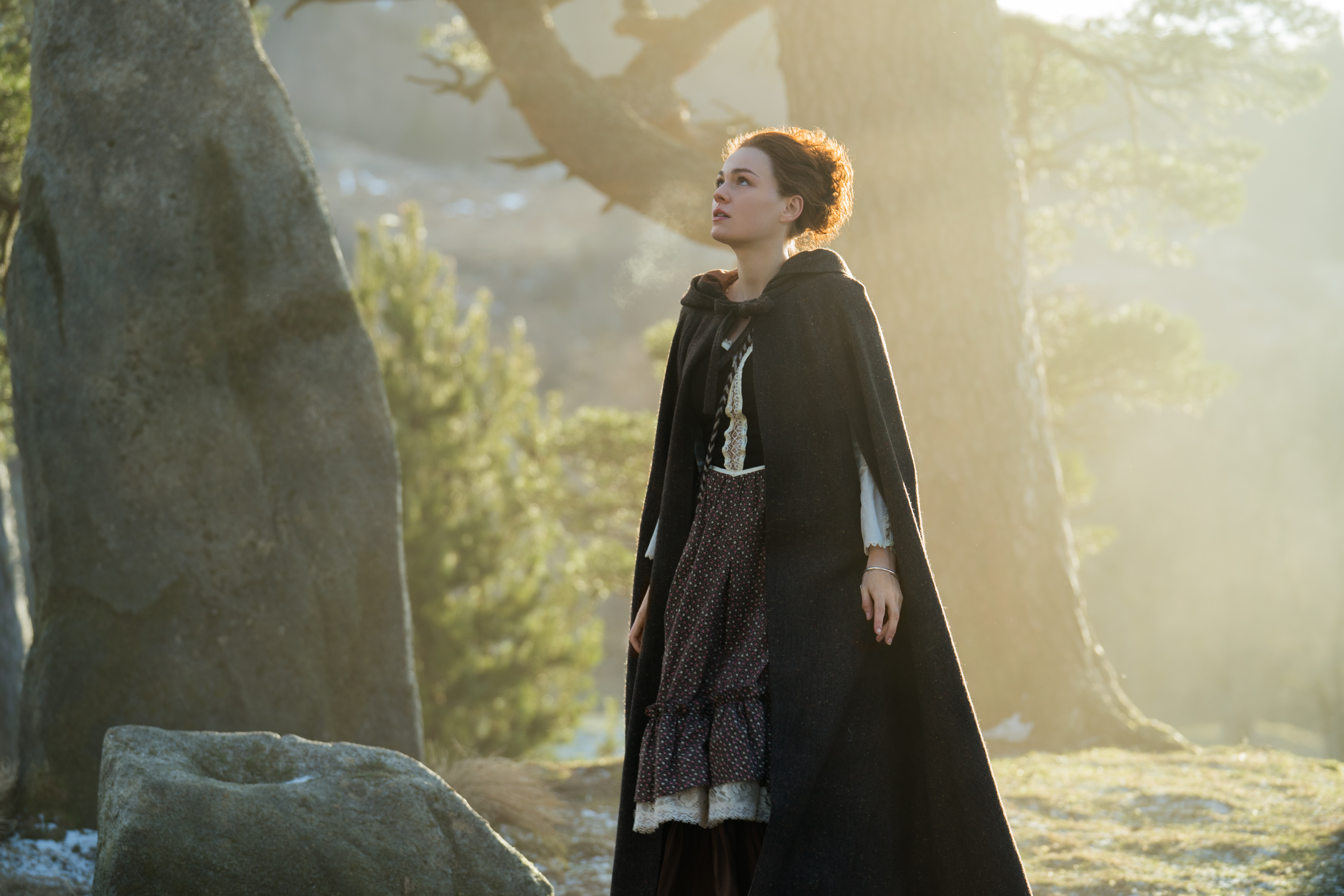 The most interesting aspect of the episode comes after Brianna turns her ankle and passes out in the woods, only to wake up in Laoghaire’s house without any awareness of who this woman has been to her mother and father. We see a compassionate side of Laoghaire while she nurses Brianna back to health, but it isn’t long before the revelation of who Brianna is makes crazy Laoghaire reappear. The wounds of Jamie’s abandonment of her are as fresh as the day Claire returned into their lives, and her bitterness about having loved someone who doesn’t love her back has never healed. The episode takes great pains to show the juxtaposition of Laoghaire and Frank’s shared experience of unreturned love, and the psychic damage it has done to both of them. 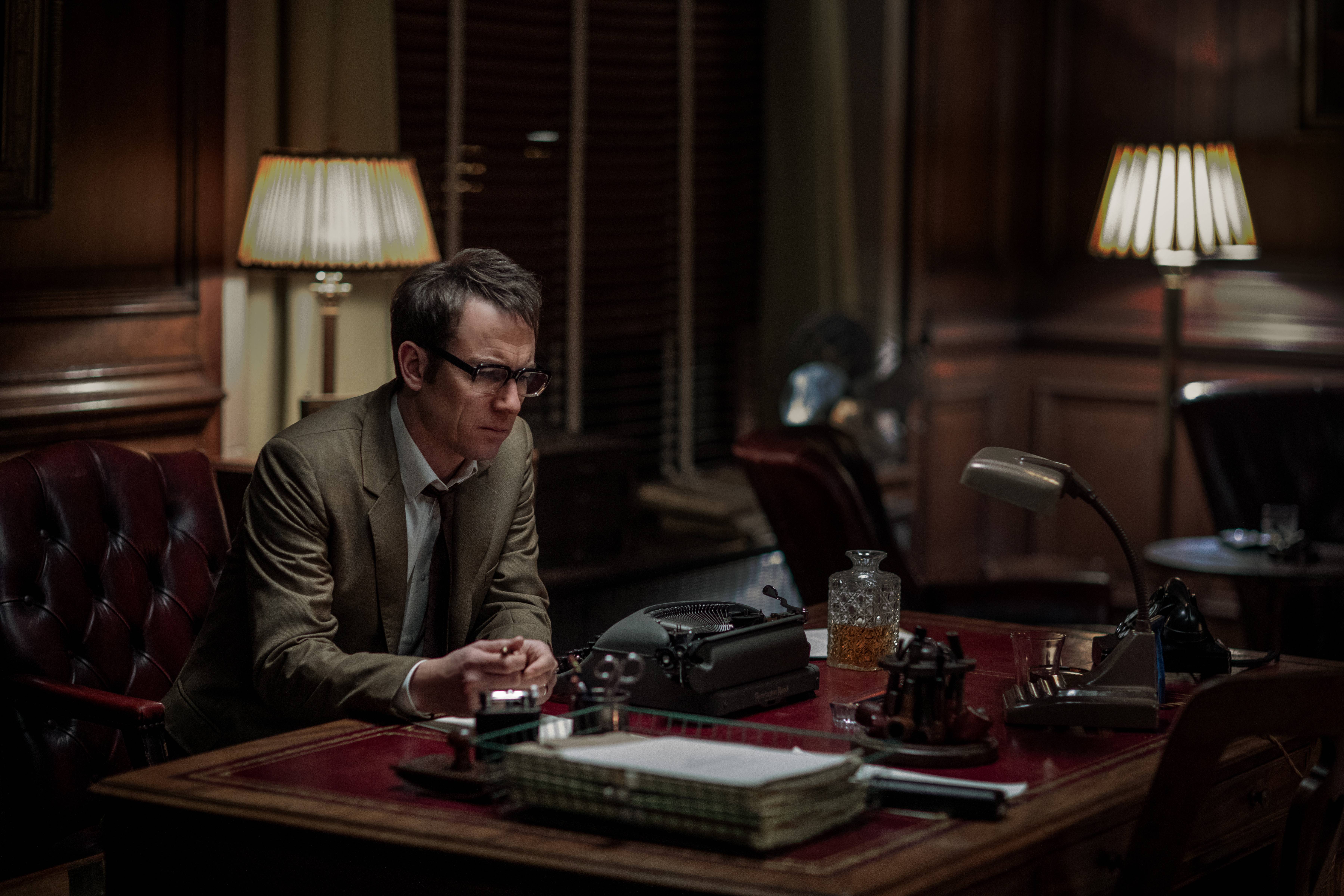 The scenes between Frank and Brianna are intimate and filled with love. Even though she’s not his real daughter, he doesn’t love her any less. With Claire’s cold detachment, and disinterest in her relationship with Frank, Brianna really is Frank’s only family. There’s a scene where Frank desperately wants to tell Brianna the truth about he and Claire’s relationship, as well as Jamie’s involvement in their lives, but he just can’t do it. He knows it isn’t his place to reveal this truth to her, so he pulls back from the brink of revealing everything, leaving it to Claire to do after his death. Menzies shines in his return to Outlander, and his appearances are easily the highlight of the entire episode, culminating with him as a vision to let Brianna know he’ll always be with her. 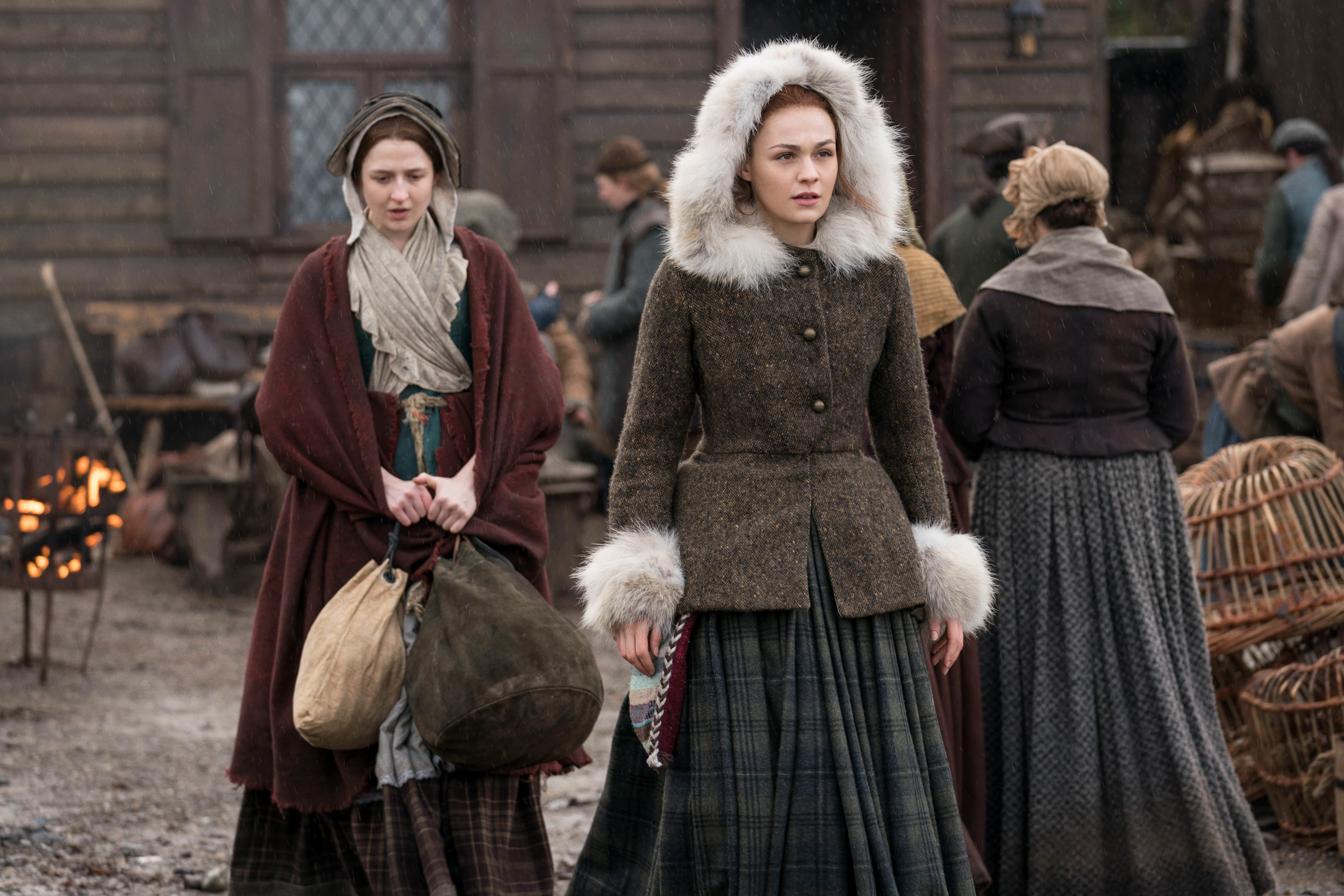 Watching Brianna retrace her mother’s footsteps through the Highlands is interesting, as is the view into the relationship between Ian as a messenger on the failed promises of taking care of Laoghaire, and Laoghaire’s continued resentment. It might be the first glimpse into the longstanding damage Claire and Jamie’s relationship has left in its wake even years afterward. The ease with which Brianna integrates into the 1700’s is a little harder to believe than it was for Claire, who had already been through the trials and tribulations of war and rationing. At every turn Brianna is helped along her way, first by Laoghaire (until she turns on Brianna) and next with Ian who ponies up the money for Brianna’s passage to the New World, as well as a whole wardrobe of clothes Claire used to wear. Everything comes a little too easy for her, which is the opposite of what Roger experiences this episode.

Brianna’s ability to travel through time may be linked to Claire, as well as the birthmark she carries on her neck, but Roger’s ability to do the same isn’t so clear. I’m not sure what makes him or his cousin believe he can pass through the stones at Craigh Na Dun, but he slips through time just as easily as any of them. He does hear a noise coming from the stones that sounds like thousands of flies buzzing. Things are harder for Roger than they are for Brianna, and though he does find passage to North Carolina as a ship hand, it is unfortunately with Stephen Bonnet as the Captain. It isn’t long before Roger sees the psychopathic nature of Bonnet in full force, as Bonnet throws a young child overboard fearing it has smallpox and will spread to and kill them all. Danger and death are nearer at hand for Roger than Brianna, and after attempting to save a woman and her baby from Bonnet’s wrath, he’s found out and nearly murdered by Bonnet. Roger’s life comes down to the flip of a coin, and Bonnet spares his life. The past isn’t as romantic as the books he’s read about it, and if it weren’t for Brianna, he’d probably turn back. 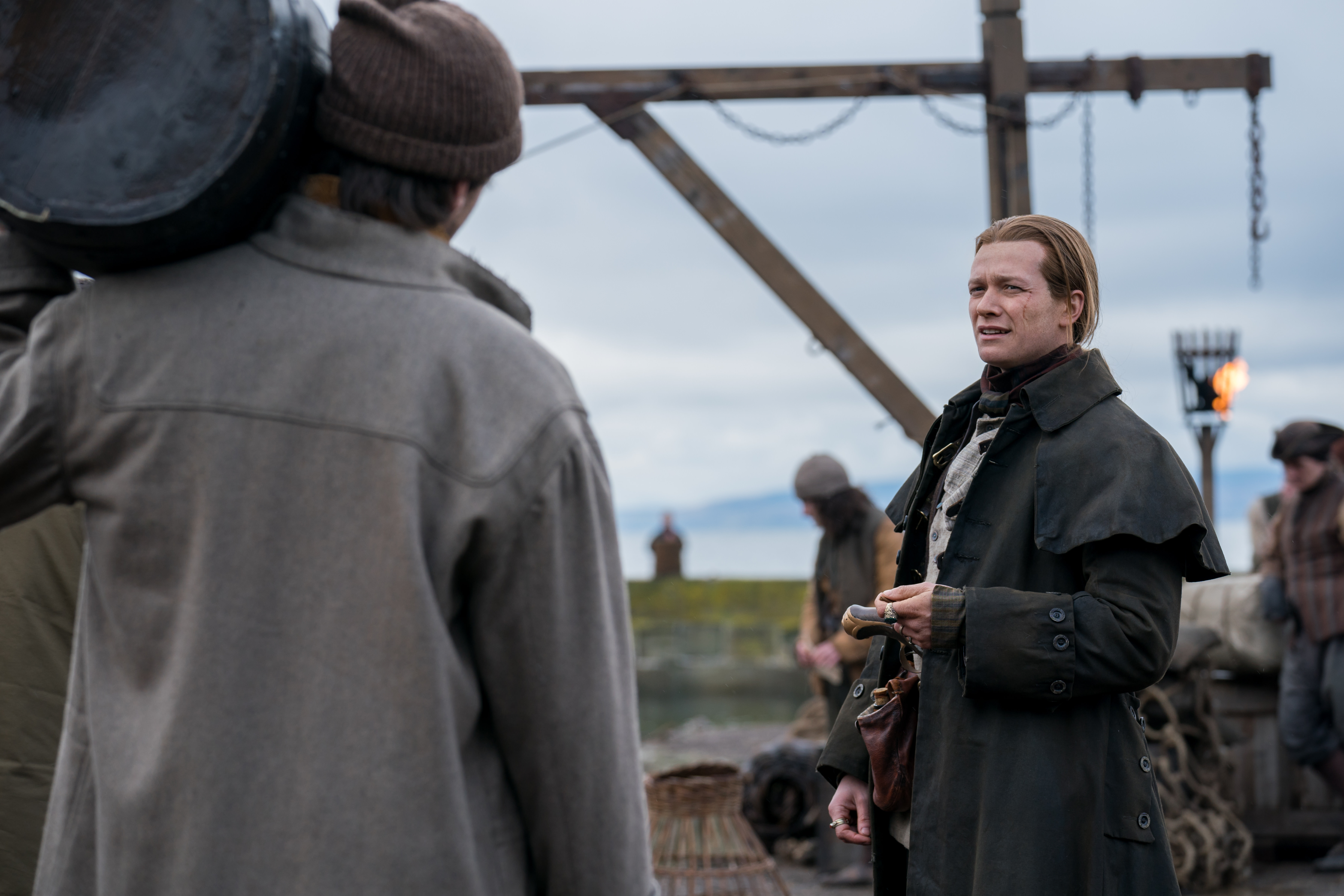 I like Sophie Skelton, she looks the part of Claire and Jamie’s child, but she just doesn’t have the acting chops to carry an episode by herself. Her acting, but mostly her delivery of dialogue, is wooden and flat, and has been since she joined the cast of Outlander. This is most prominently on display in her scenes with Tobias Menzies, but also with Laoghaire, and Ian. It’s a shame, because she’s good when not a lot is asked of her, but in emotional scenes and situations there’s always something missing. I haven’t read any of the books yet, so I have no idea how prominent Brianna is in the narrative of the coming story, but if there is ever a place in the Outlander timeline where Claire and Jamie fade out and Brianna and Roger take their place, the show is going to be in a lot of trouble. It’s not just the character of Brianna that is off. This season seems to be missing some of the magic that made Outlander so watchable in the past. I hope things turn around in the next six episodes, but so far I’ve been underwhelmed by season 4.