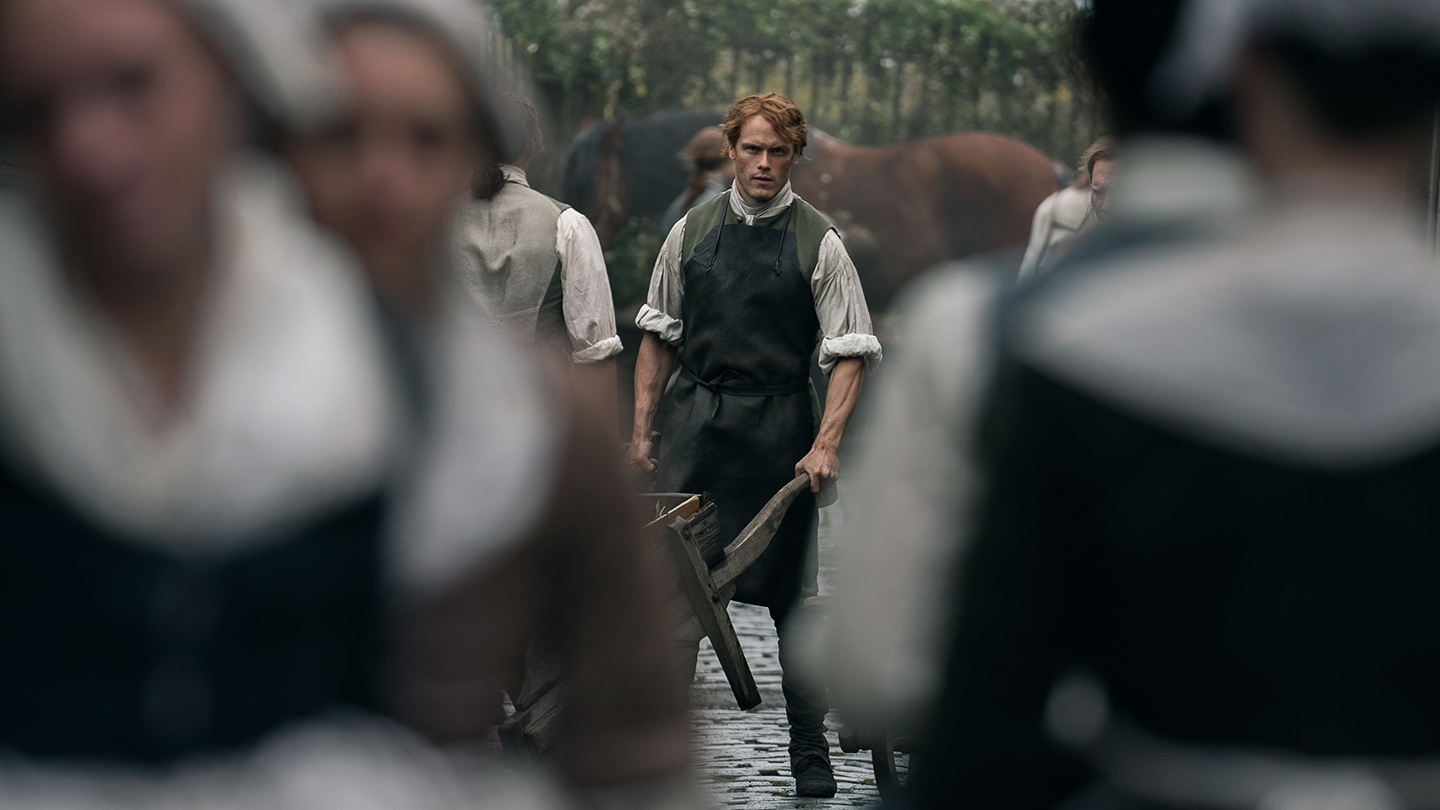 Frank’s death has allowed Claire to do what she’s wanted to do since the day she wandered back through the standing stones pregnant with Jamie’s child, find a way back to him.  The problem doesn’t seem to be how to go back in time to find Jamie, the problem is where is Jamie, or is he even still alive?  Roger and Brianna help Claire track down any traces of Jamie in the past, but they’re limited to historical documents and archives.  As a team they’ve determined that while Claire was in the past for three years, the same amount of time passed in the present.  If time moves at even speeds in both the past and the present, and twenty years has passed since Claire last saw Jamie, then they need to find out where he is, and what he’s doing twenty years after the Battle of Culloden. 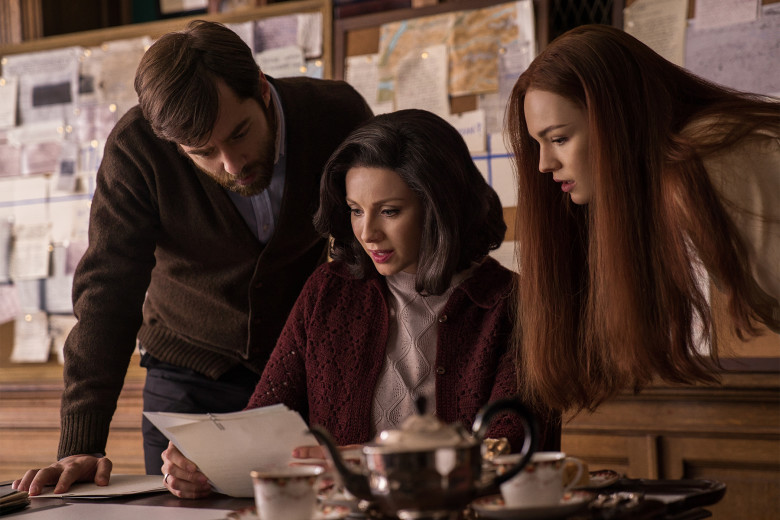 The search for her historical father has brought Brianna and Claire closer together than they’ve ever been before.  There was a wall between them, especially when Brianna was younger and Frank was the good parent who doted on her, and Claire was the busy and distant parent carving out a career for herself in an unfriendly world.  Part of the attraction for helping her mother find Jamie, is Roger himself.  There’s an intense connection between Roger and Brianna that’s rife with sexual tension.  It’s clear these two are attracted to each other, but will they act on these feelings, or keep it in the background of their search?  Roger doesn’t want the search to end because it means Brianna would go back to the United States putting a vast distance between the two of them.  Will these two end up together, or will Claire call off the search in frustration before anything can really happen between these two?

Jamie’s life at Helwater under the employ of Lord Dunsany (is this name a tip of the hat to the British fantasy writer?) is one of servitude.  Dunsany knows of Jamie’s past, but is able to look past Jamie’s military service despite his own son’s death during the uprising.  His wife isn’t so easy to forgive, so the men agree to keep Jamie’s history a secret.  Jamie will be paid a modest stipend for his work in the stables, and John Grey’s recommendation goes a long way toward helping him start a new life as Alex MacKenzie.  If he can just keep his head down, do his work, and bide his time, Jamie will eventually be able to leave with his identity never found out, but Lord Dunsany has a strong-willed daughter named Geneva who makes things troublesome for Jamie. 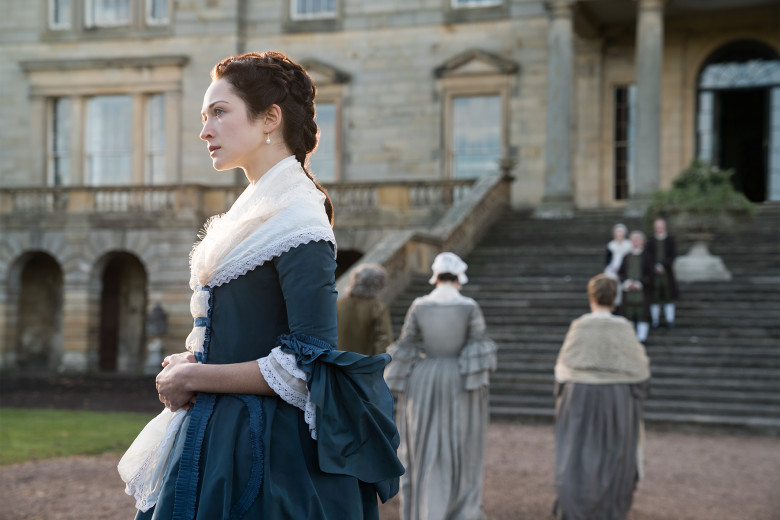 John Grey visits Jamie on a regular basis, and during one of these visits his older brother shows up and sees John and Jamie playing chess.  Geneva gets John’s brother so drunk he divulges secrets about who Jamie is, and what he’s done.  She’s already had a flirtatious and awkward relationship with Jamie before, but armed with this knowledge she blackmails him into having sex with her before she’s married to a man as old as her father.  She wants her first time to be with someone like Jamie, and she doesn’t care how she gets what she wants.  Not only does she threaten him personally, but she also threatens his sister and family in Lallybroch.  She has all the power in this relationship, and she flexes it to get her way.  Jamie reluctantly agrees.  What could’ve been an awkward and angry sexual encounter ends up being tender and thoughtful.  This interaction, only three days before her marriage to Lord Ellesmere, ends with Geneva pregnant with Jamie’s child.

Jamie goes with Lord Dunsany and his family to Lord Ellesmere’s estate to be there when Geneva gives birth, but there are complications.  Geneva dies shortly after childbirth.  Her sister, Lady Isabelle, confronts Jamie since she knows the truth.  Geneva never shared her bed with Lord Ellesmere, it’s Jamie’s child, but Geneva swore her sister to secrecy.  Things quickly get out of hand as Lord Ellesmere rages in anger that Lord Dunsany gave his daughter away to him in marriage with a bastard child already inside of her.  Jamie arrives after hearing the commotion, and finds Lord Ellesmere with a knife threatening to kill the child.  Lord Dunsany stands with a pistol aimed at the man holding his grandchild.  Jamie attempts to intercede, and actually gets Lord Dunsany to give him the pistol, but once he has it Lord Ellesmere moves to stab the child.  Jamie shoots him dead.  Jamie manages to save his own son’s life, and ingratiate himself to the Dunsany family, who offer to help him remove the shackles of his prison record so he can go home again.  He decides to stay in their employ and watch his child grow up instead. 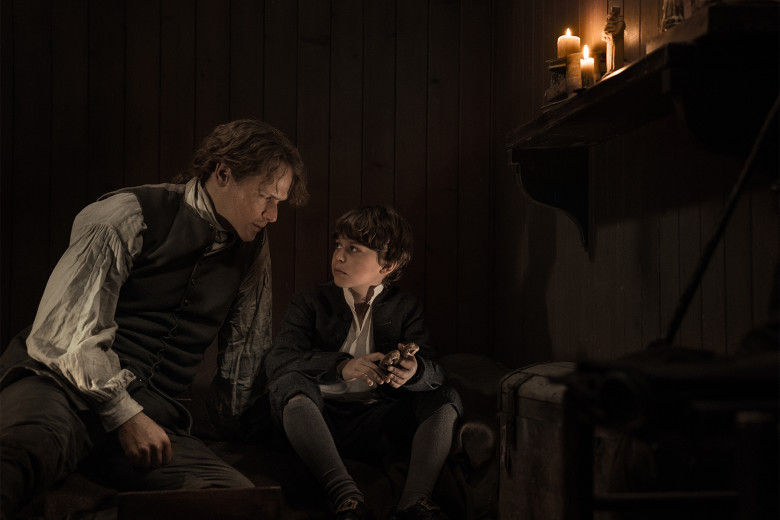 When it’s time to leave, parting from his son Willy is hard for him to do.  It’s eased by the knowledge John Grey is going to marry Isabelle and raise Jamie’s son together, keeping an eye on him as a surrogate father.  Jamie finally heads home, but what is he heading home to?  Claire comes up empty after searching for Jamie in the past since she’s unaware he was using the name Alex MacKenzie to cover up his identity.  She gives up and heads home to Boston, taking Brianna with her.  Is this really the end, has she truly given up?  With Brianna leaving, what happens to her and Roger’s fledgling romance?  Will Roger find something out about Jamie that draws Claire and Brianna back to Scotland?  Will it allow Claire to reunite with Jamie once again?  If so, where will she find him?